EMMA RADACANU went from track to the future – as the Wimbledon tennis heroine swapped VIP treatment at the British Grand Prix for a special return at her old primary school.

After making history by reaching the last 16 at SW19, the 18-year-old was feted at Silverstone on Sunday before passing on tips to potential stars of tomorrow at Bickley Primary's sports day in Bromley, Kent. 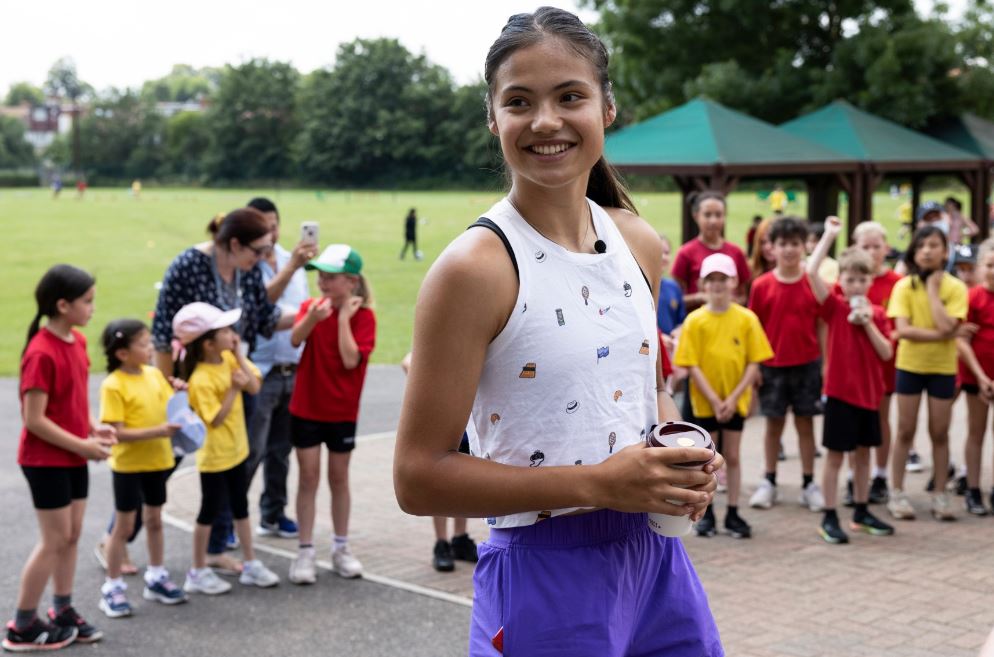 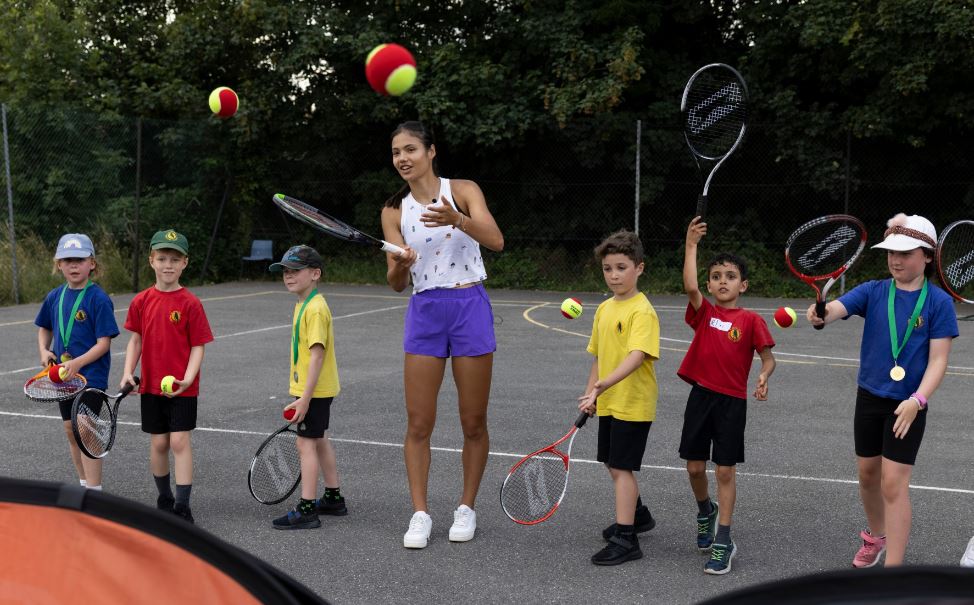 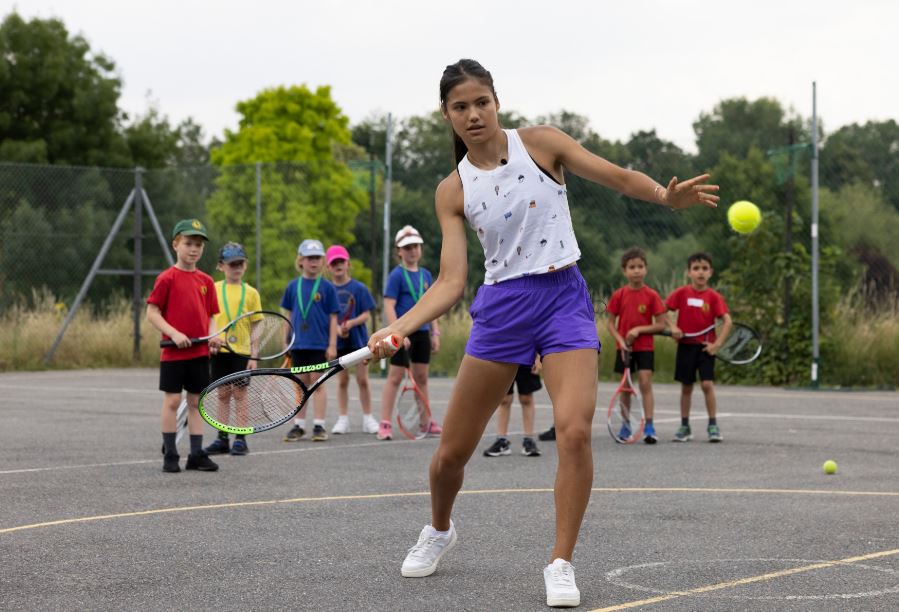 And her infectious smile was wider than ever as the pupils welcomed their special guest.

The Toronto-born ace sprinted up the world rankings from 338th to 179th after becoming the youngest British woman in the open era to reach the second week at SW19.

And she watched on as the kids raced away too – in traditional sports day activities.

But the youngsters themselves looked on with rapt attention when she showed them some basic tennis skills.

It caps a fortnight the Wimbledon wildcard could hardly have imagined a month ago.

She eventually bowed out at SW19 after retiring against Ajla Tomljanovic due to breathing difficulties when trailing 4-6 0-3. 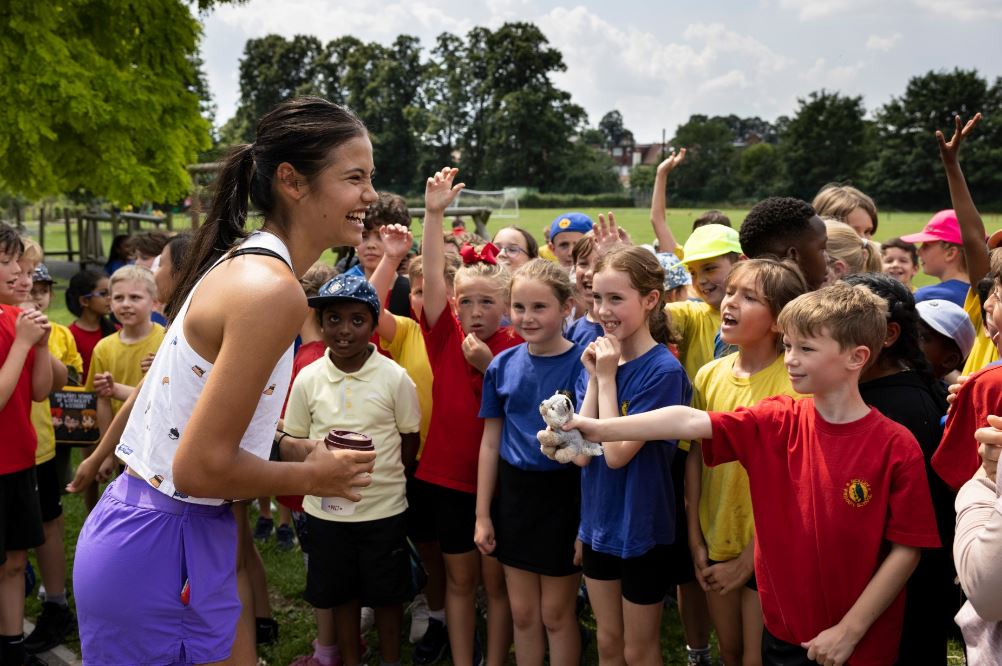 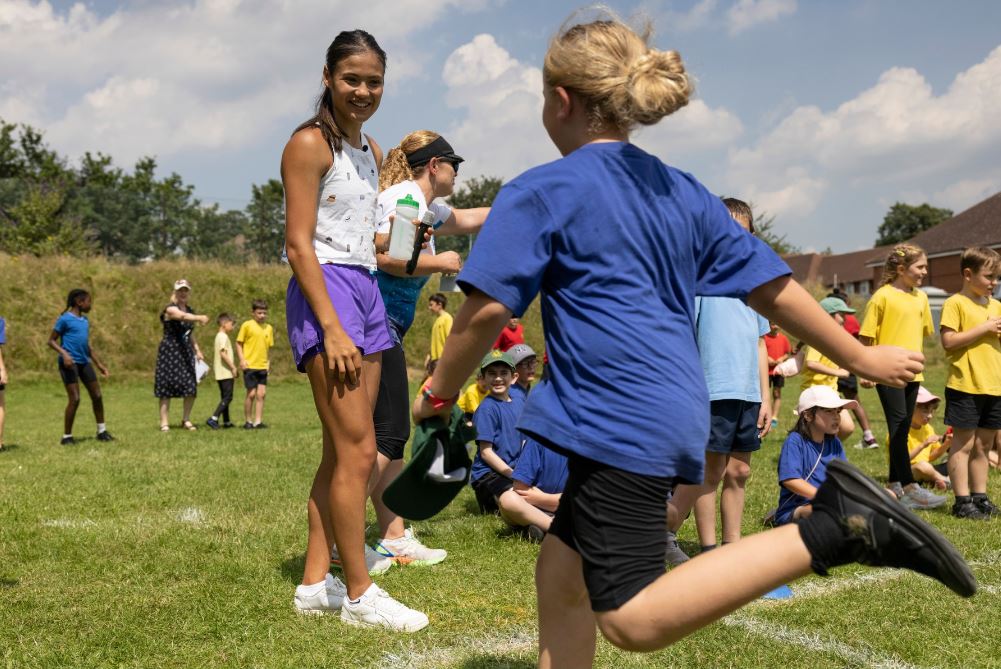 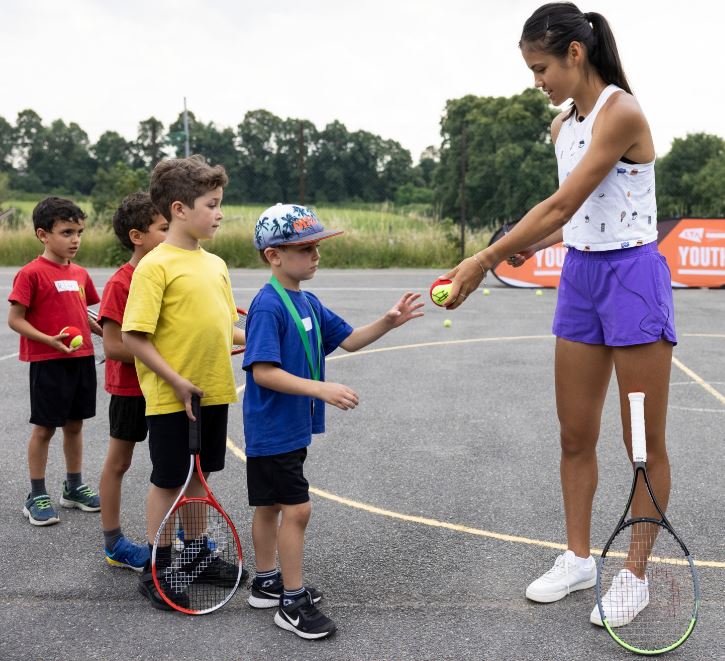 And after that spellbinding run on her Grand Slam debut, she was invited behind the scenes for Sunday's GP at Silverstone.

She sat on the Red Bull pit wall during her paddock tour, posing for photos with historic cars that took to the track ahead of Lewis Hamilton's controversial victory.

And havign waved to the 140,000 F1 fans while riding on the drivers' parade, she hopped behind the wheel of a McLaren supercar.

Arsenal football legend Pierre-Emerick Aubameyang was among the celebrities of sport and entertainment who were snapped with Raducanu.

And if her tennis career progresses as fast as it has this summer, she could become as big a name in this country as the superstar striker.