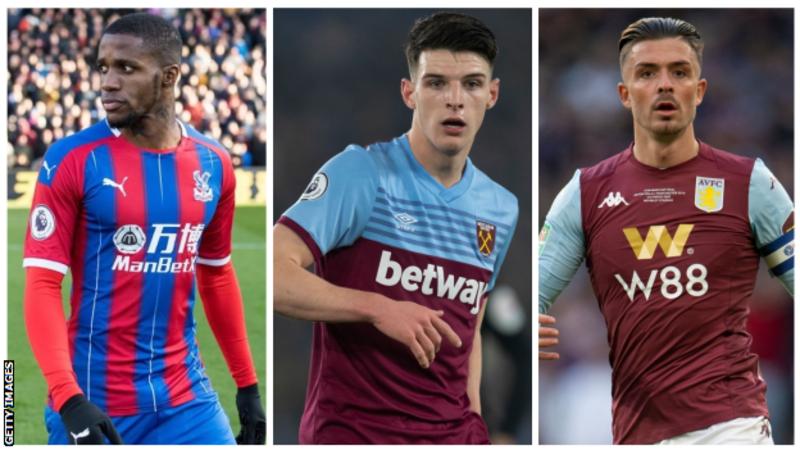 With discussions ongoing about how the Premier League season might be concluded, talk about the next transfer window has inevitably slipped down football’s agenda.

A knock-on effect of the coronavirus pandemic is that we do not know for certain when – or if – this season will finish, and therefore when clubs will be able to start signing players.

The summer transfer window is a key time for managers looking to shape their squads and, with time on their hands, planning will be continuing despite the lack of matches.

By looking at the age and playing time of every player this season, we can see the make-up of each squad and where the clubs might want to strengthen, as well as where gaps may appear as they look to replace players who are out of contract and set to leave this summer.

We have already assessed the top 10 teams, so now we check out those in the bottom half of the table.

With seven first-team players aged 30 or older and the oldest average starting XI in the Premier League overall, Roy Hodgson has recently said he would like to “inject some new blood” into the squad.

It might be a cause for concern for Eagles fans that no player under the age of 27 is a regular starter. 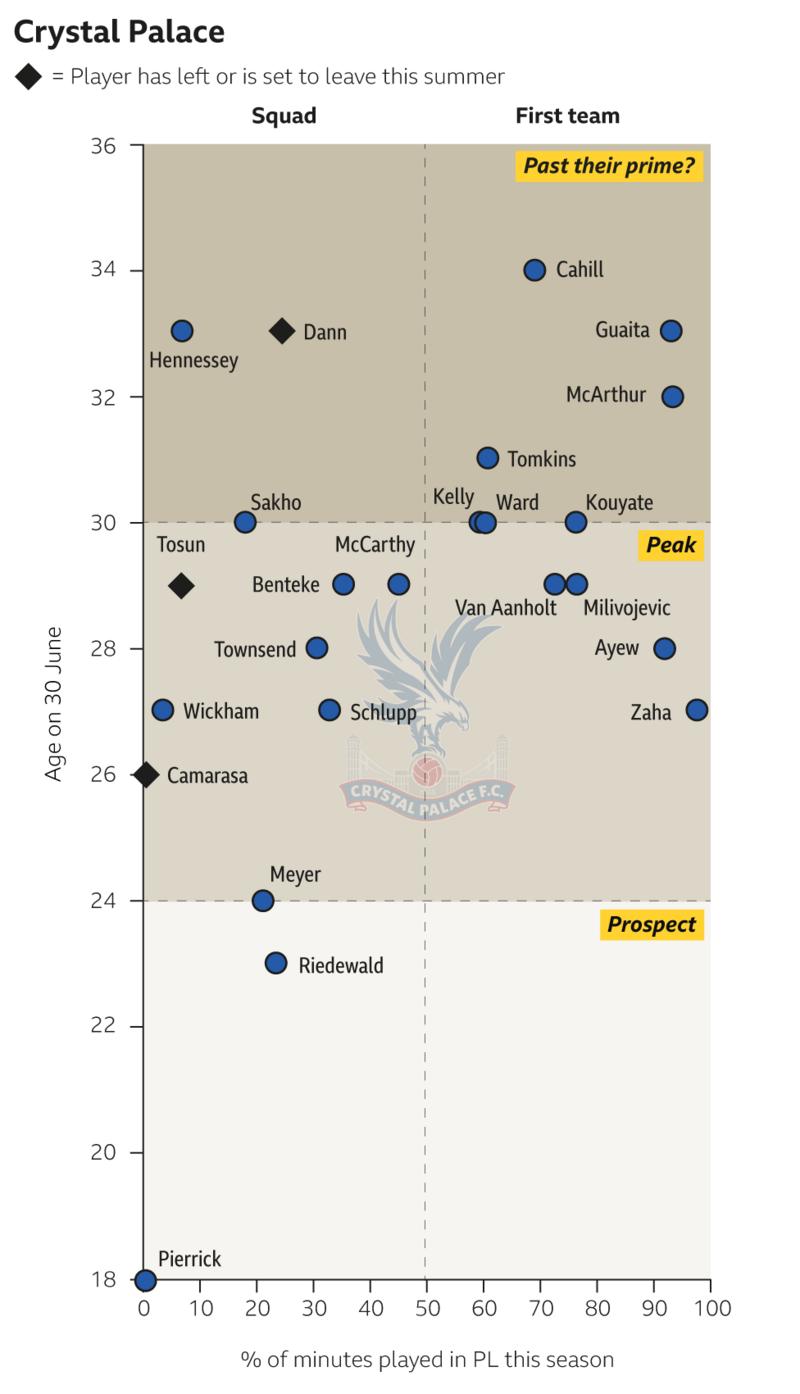 At 27, talismanic attacker Wilfried Zaha is in the peak years of his career and could push for a move away like he did last summer, which would leave them with huge boots to fill.

The Eagles will also likely need to sign a new centre-back, with Scott Dann set to leave when his contract expires and Gary Cahill turning 35 in December.

Hired as the manager who “knows how to build a trophy-winning side”, Carlo Ancelotti is likely to be busy in his first summer transfer window. 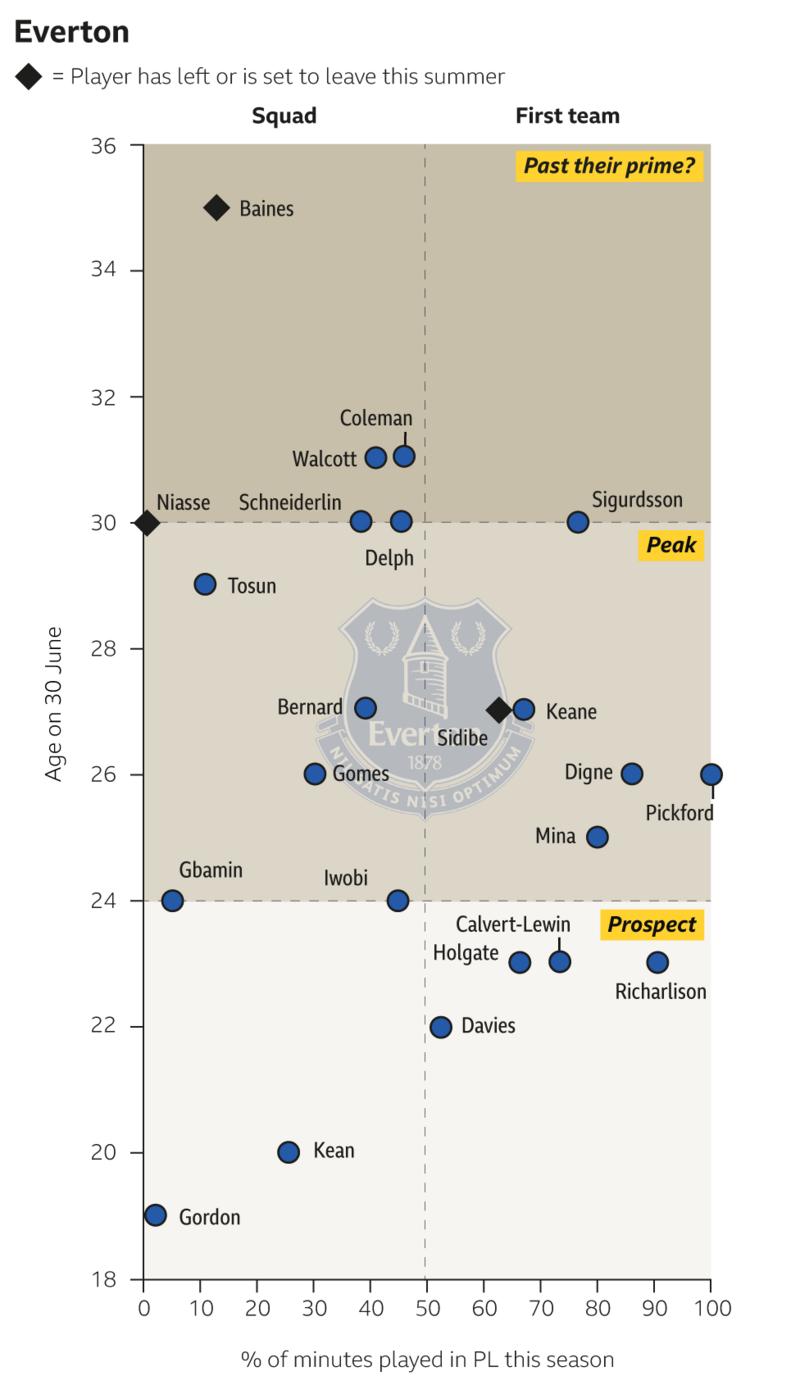 With Leighton Baines out of contract and a decision yet to be made about whether to sign loan player Djibril Sidibe permanently, Everton will likely be looking for full-backs, although Jonjoe Kenny is set to return after a season on loan at Schalke.

Midfield could also be a priority, with only Gylfi Sigurdsson playing regularly in the first team this season, but in Richarlison and Dominic Calvert-Lewin, Ancelotti already possesses two of the best prospects in the league up front.

Newcastle: All change on the Tyne?

With talk of a potential £300m takeover by a Saudi-backed consortium, Newcastle could be in for their busiest transfer window in years.

But even if it does not happen, the squad is still likely to look very different next season, with seven players currently set to leave following Ki Sung-yueng’s exit in January. 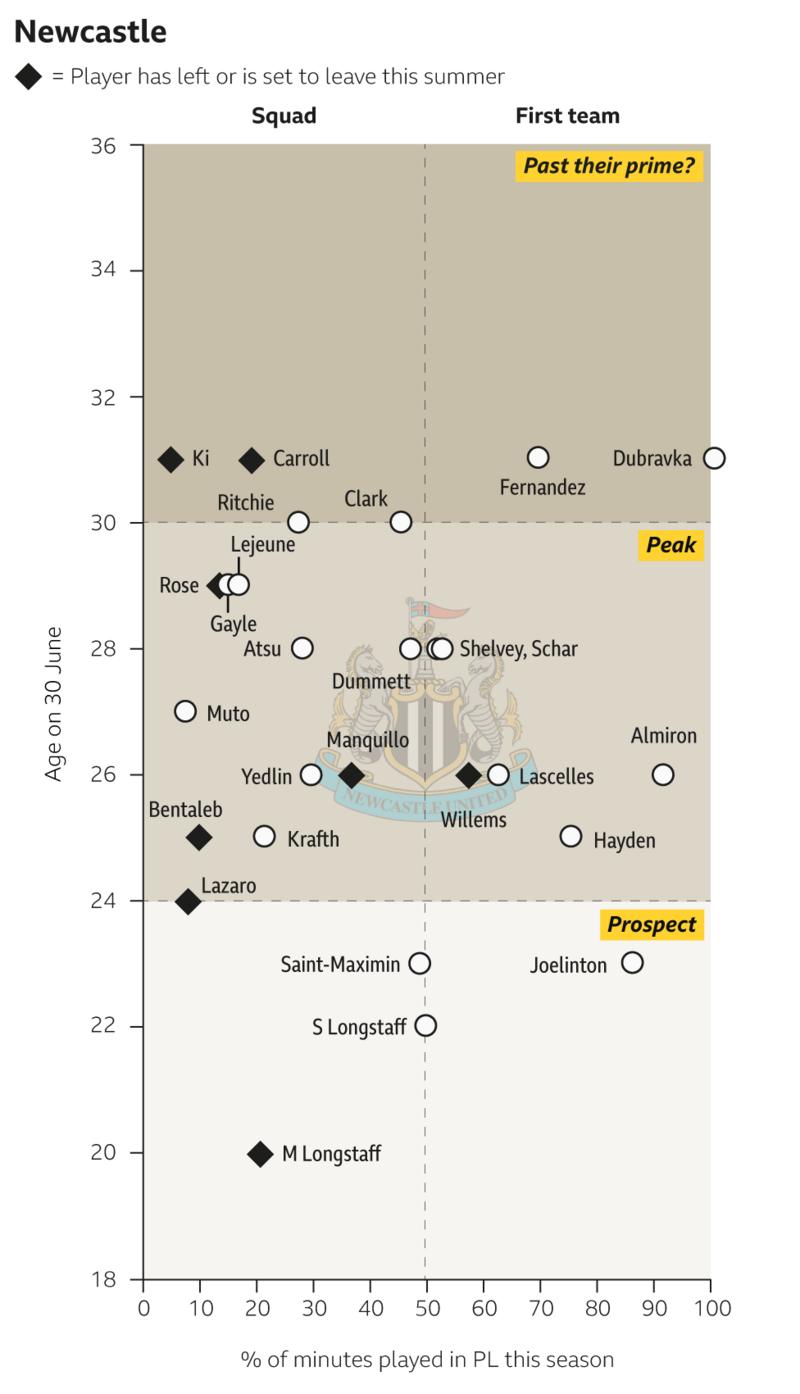 As the joint-lowest scorers in the Premier League, Steve Bruce will no doubt look to bolster his attacking options, with £40m striker Joelinton having scored just one Premier League goal all season.

Southampton: Signings at both ends

After letting both Maya Yoshida and Cedric Soares leave on loan in January and with their contracts expiring this summer, Southampton will need defensive reinforcements. 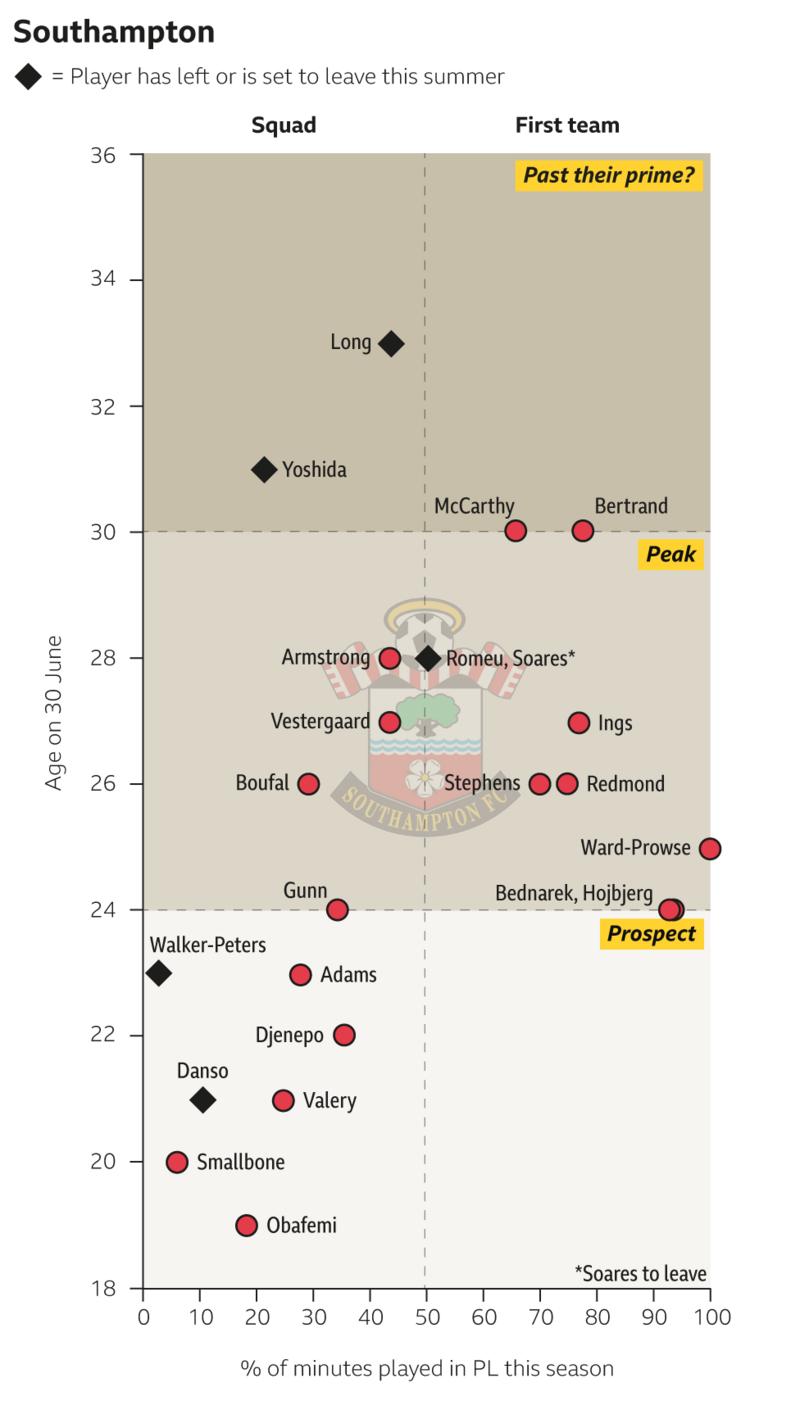 Although the club did sign two young prospects on loan to cover their departures, the Saints reportedly only have the option to buy centre-back Kevin Danso, with full-back Kyle Walker-Peters set to return to Tottenham.

A striker may also be on Ralph Hasenhuttl’s shopping list, as Shane Long’s departure leaves him with only Danny Ings, teenager Michael Obafemi and 23-year-old Che Adams, who is yet to score for the club. 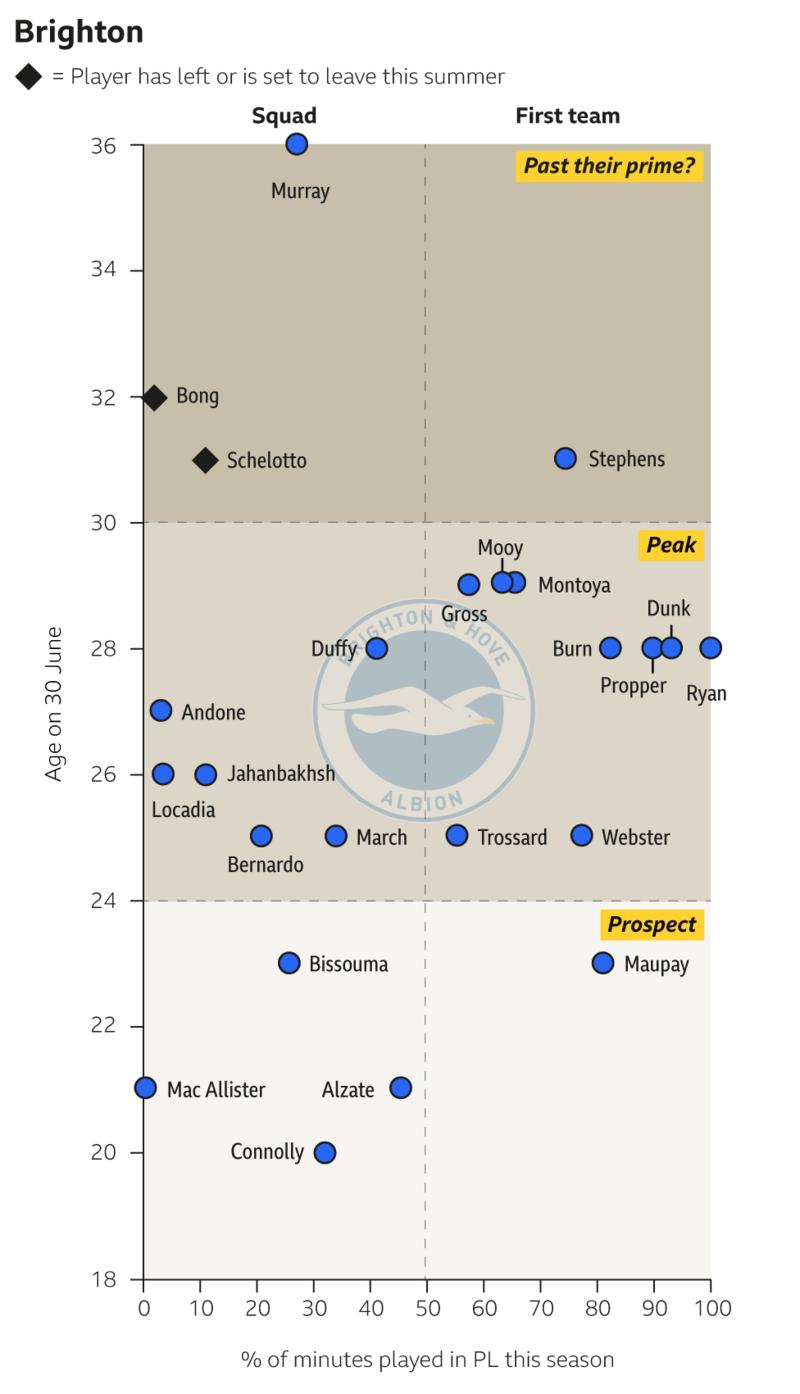 And despite the club spending over £36m on the attacking trio of Florin Andone, Alireza Jahanbakhsh and Jurgen Locadia, none have managed to establish themselves, although academy graduate Aaron Connolly has impressed and Jose Izquierdo is set to return after a long-term injury.

At the back, the club will be bolstered by the return of highly rated academy prospect Ben White, after the 22-year-old centre-back’s impressive loan spell at Leeds this season.

West Ham: Out with the old?

With 10 players aged 32 or older by the end of June, it seems West Ham have a busy window ahead, although it’s not quite as bad as it seems. 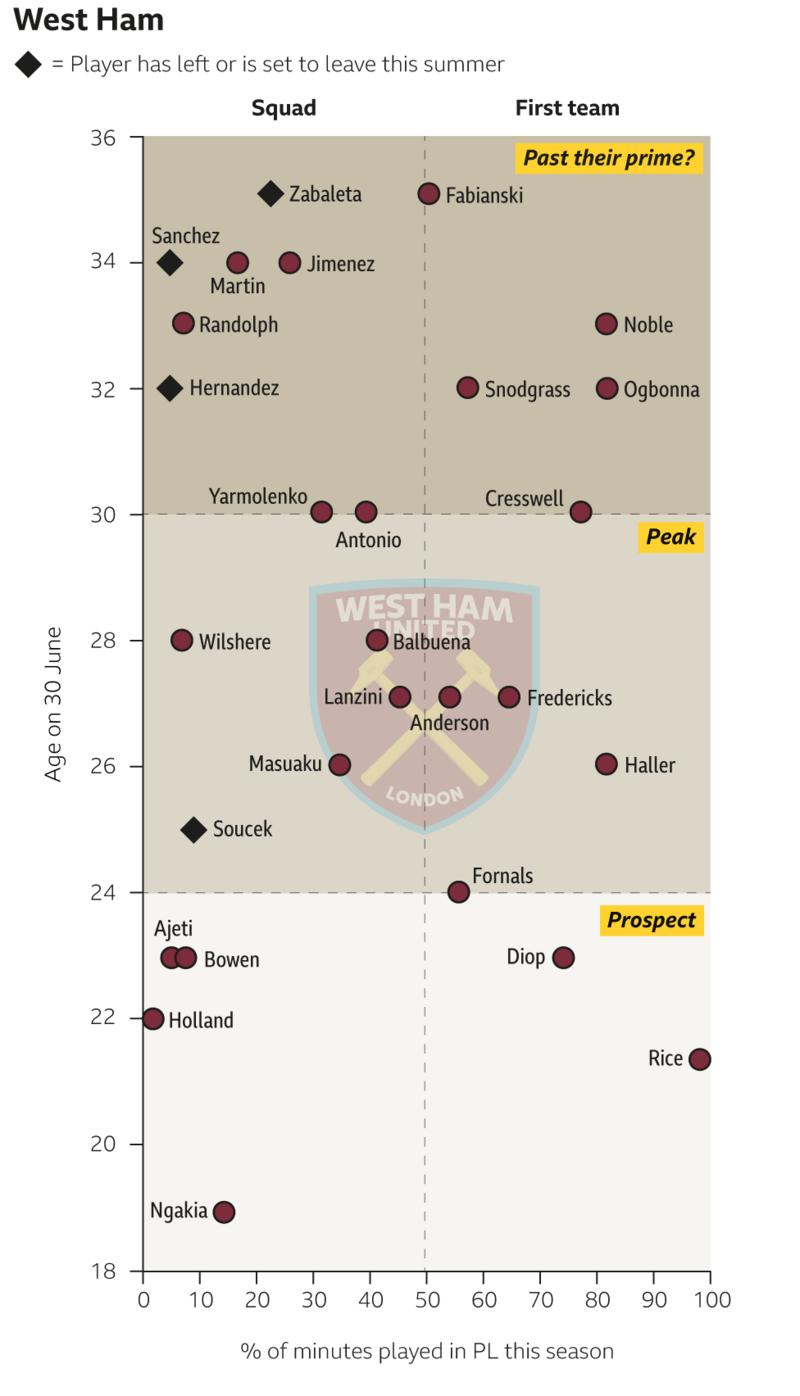 With Javier Hernandez having already left, two of them squad players out of contract and four goalkeepers, the main concern will be how long captain Mark Noble and Robert Snodgrass can continue at the highest level.

Keeping hold of hot prospect Declan Rice will also be a priority for David Moyes, as well as having more options up front, with Sebastian Haller the only true striker to play more than 10% of minutes this season.

Ben Foster and Heurelho Gomes are set to leave when their contracts end as things stand, so goalkeepers will be Watford’s number one target (pun intended), while some experienced defenders will need replacing. 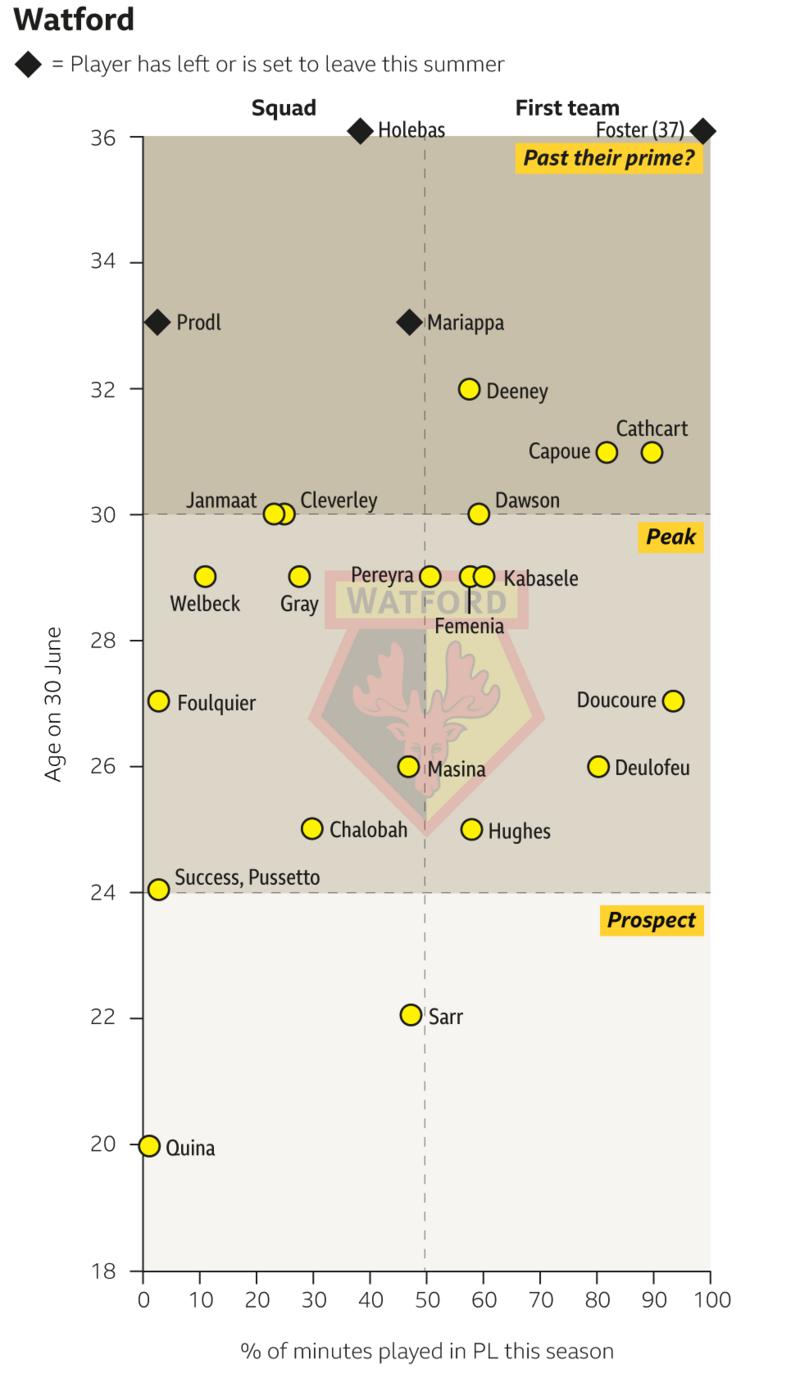 The club might also start to plan for life after their talismanic captain Troy Deeney, who turns 32 next month – an unenviable task given his importance over the past decade.

Since only Crystal Palace have played an older average starting XI this season, Nigel Pearson could look to add some youth to the squad, with Ismaila Sarr currently the only young prospect anywhere near the first team.

Whether Bournemouth stay up or go down, they will likely be one of the busiest clubs, with seven players set to leave. 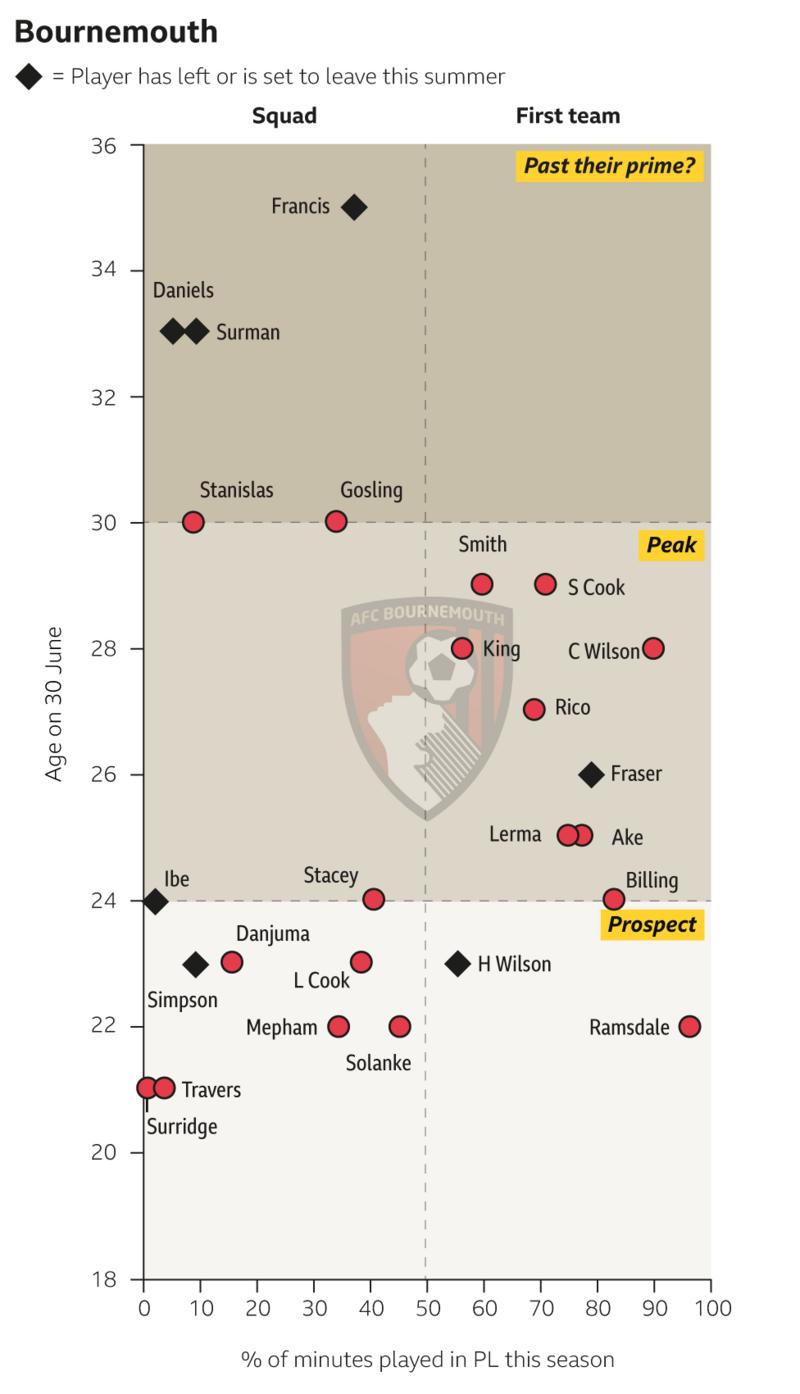 The loss of wingers Ryan Fraser and Harry Wilson will have the biggest impact on the starting XI, while the departure of some of the old guard who got the club promoted in 2015 will leave a gap in the squad overall.

While the Cherries do have many talented young prospects, it will be interesting to see if Eddie Howe continues to rely so heavily on them to provide the depth and cover for the first team.

After needing to sign “a lot of players with potential” last summer to build out the squad, Dean Smith will be looking to add some top-flight experience this time around to help lead a first team approaching the peak of their careers. 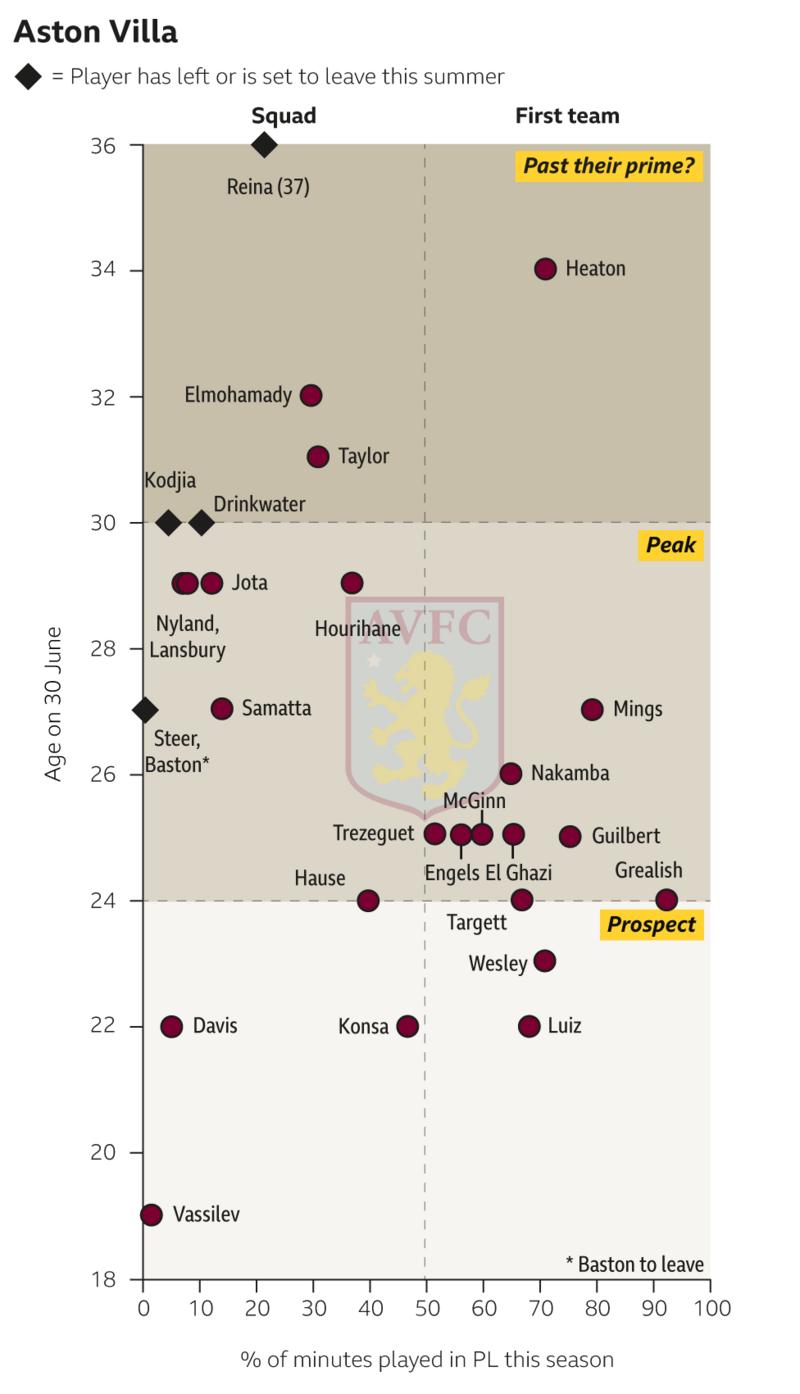 Keeping star man Jack Grealish will obviously be the club’s main challenge, with the midfielder regularly linked with a move to Manchester United.

After suffering long-term injuries on New Year’s Day, the return of first-choice goalkeeper Tom Heaton and striker Wesley will lessen the need for major reinforcements in those positions.

With relegation looking likely, the Canaries’ main task in the transfer window will be preventing their crop of exciting young prospects from being plucked away by bigger clubs. 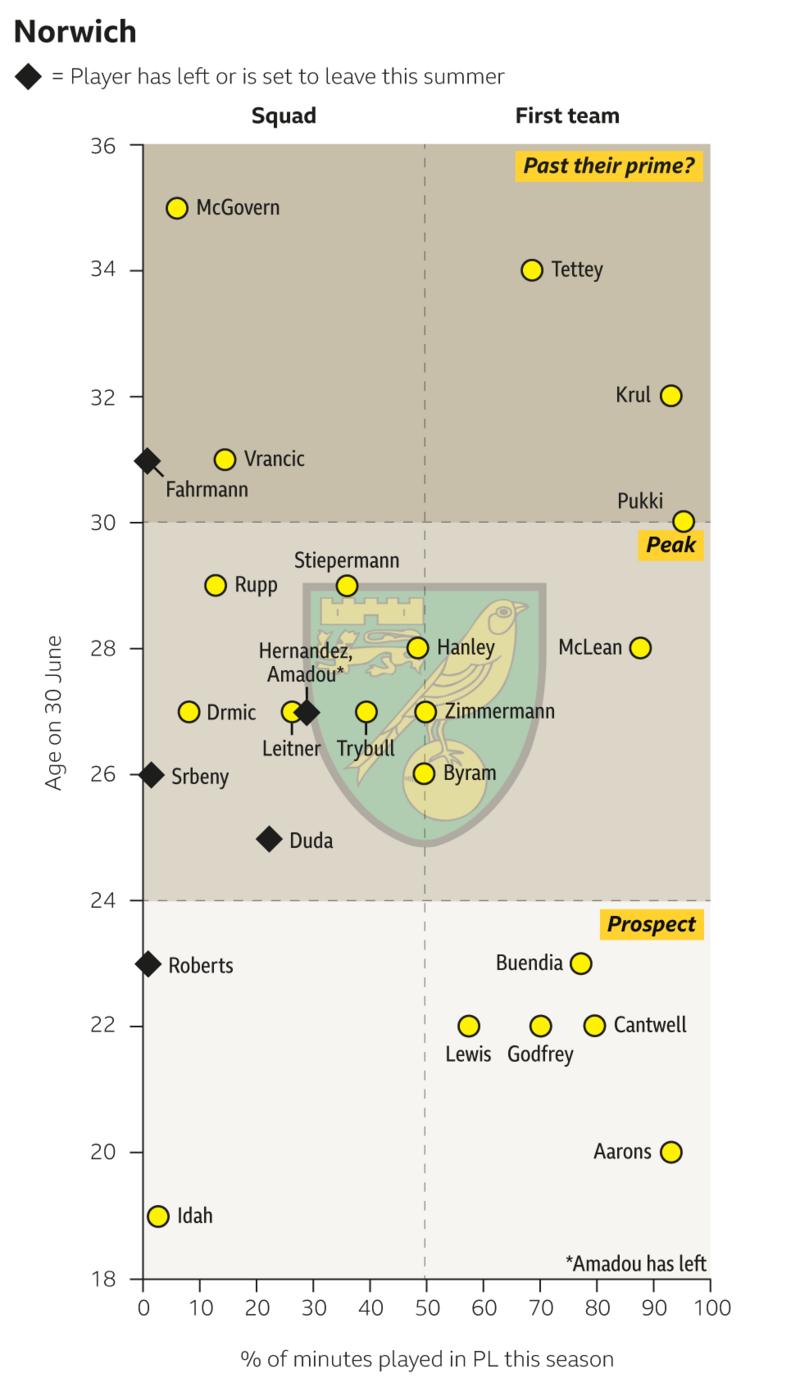 Like Aston Villa counterpart Smith, Daniel Farke may choose to add some experience to go along with such potential, with only midfielder Kenny McLean playing more than 50% of minutes among the players at their peak.

After scoring 11 Premier League goals so far this season, star striker Teemu Pukki will likely also be in demand, although his exit would leave just Josip Drmic and 19-year-old prospect Adam Idah as options up front.