If you’re anything like me, then you can always imagine the moon changing colors whenever you hear someone use the phrase, "Once in a blue moon." Sadly, it’s just an idiom describing the rarity of an occasion, but that doesn’t make its meaning less significant. The next blue moon will take place around summertime next year, and here’s everything you need to know.

There are a series of astronomical insights that fully describe the logistics of a blue moon, but it’s most commonly known as the second full moon that occurs during one calendrical month in a year. In addition to the auspiciousness of it being "blue," this celestial occurrence takes place approximately every 2.7 years. The phrase "blue moon" is also used to describe what occurs when there are four full moons in one season — the third of the series is a blue moon.

Blue moons happen, well… once in a blue moon, but you already knew that. Ironically enough, the full moon on Halloween is a blue moon, as it is second to the full moon that took place on Oct. 1, which is known as the full Hunter’s moon in the Northern Hemisphere. 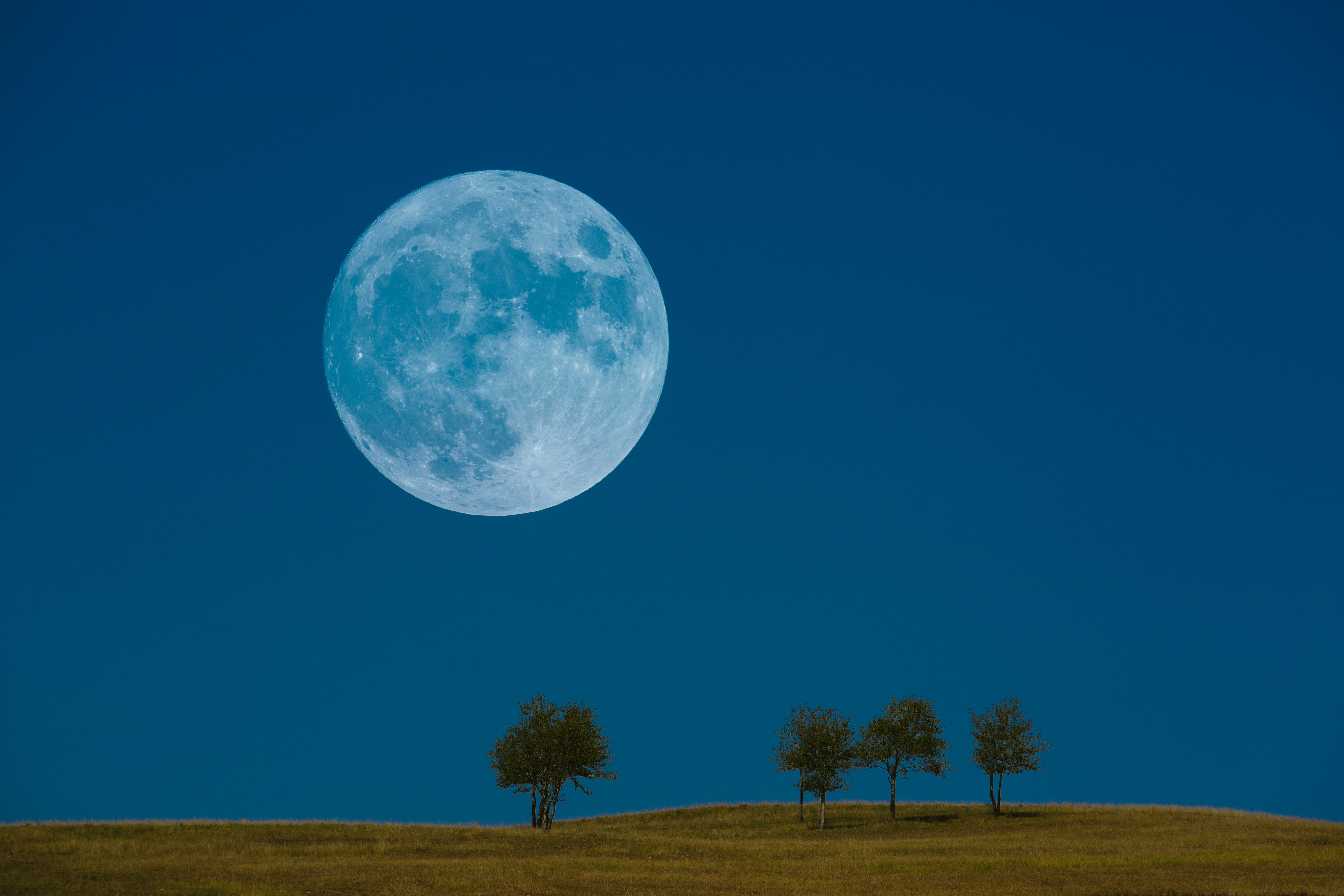 When Is The Next Blue Moon?

According to Earth Sky, the next seasonal Blue Moon will take place on Aug. 22, 2021. This will be the third full moon that happens between the summer solstice on June 20, and the autumnal equinox on Sept. 22, 2021. This lunation will ignite the sign of Aquarius, which is so on brand for the peculiarity of it being a blue moon. It will also be making a conjunction to lucky Jupiter — the planet of expansion, opportunity, faith, wisdom, and abundance — which is so refreshing to think about, especially when you compare it to this year’s Jupiter in Capricorn transit.

Unfortunately, the planet of luck is at its fall when traveling through Saturn-ruled Capricorn. This means the planet isn’t working at its full potential, which is another reason why 2020 felt so heavy from the start. Granted, the Saturn-Pluto conjunction has practically dominated the astrology of 2020, but it still would’ve been nice to have Jupiter transit another sign. Luckily, the Greater Benefic planet will makes its official debut in Aquarius on Dec. 19, which will feel like a well-deserved pick-me-up before the end of the year. Stay tuned for that.

Something else that’s important to consider is, not all blue moons have a connection to astrology. For instance, when you study the full moon from an astrological standpoint, the sun ignites the zodiac sign sitting across from the moon, which means the full moon sign will ignite the sun sign’s polarity — this is symbolic of a call for balance. This takes place during each of the astrological seasons. However, there are times where there can be two consecutive full moons activating one zodiac sign, which creates an emphasis around its archetype.

Has The Moon Ever Looked Blue?

Hate to ruin your blue moon visuals, but the actual color blue has nothing whatsoever to do with this stellar phenomenon. It may appear as though the moon changes colors from time to time, but it’s all about perspective. Where you’re located on Earth automatically influences your point of view, and the composition of the earth’s atmosphere can also make it appear differently.