KARIM BENZEMA capped off two minutes of brilliance as he helped France come back from behind against Switzerland.

The world champions were trailing after just 15 minutes of their last 16 clash with Haris Seferovic opening the lead. 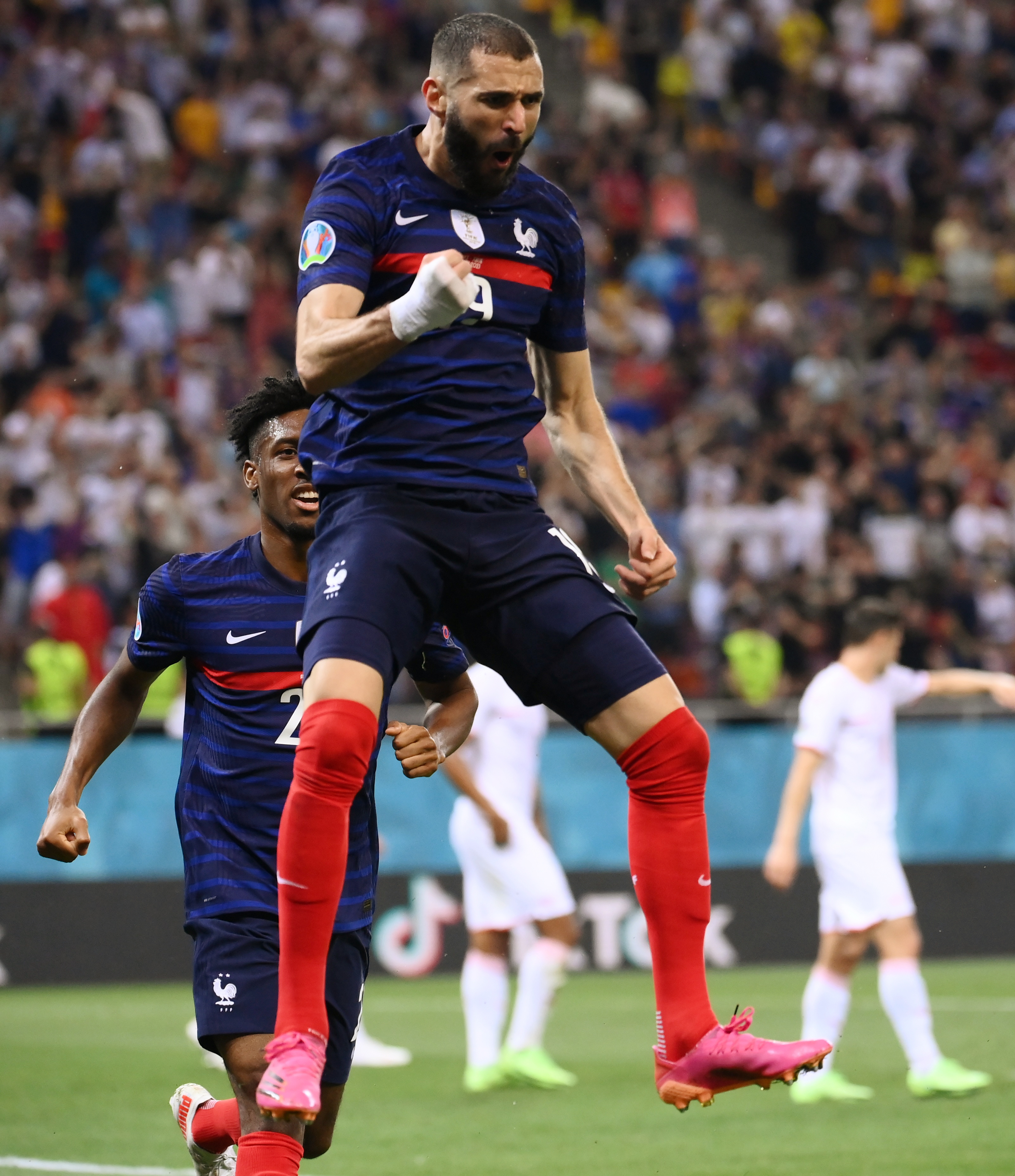 And things could have got worse ten minutes after the break as Switzerland were awarded a penalty.

But Ricardo Rodriguez saw his spot-kick saved by captain Hugo Lloris – sparking a fightback from France.

Just two minutes later Kylian Mbappe played through Benzema, who remarkably flicked the ball with his back foot to set up his finish.

But the Real Madrid striker was not done there, as the turnaround was completed just over a minute later.

Antoine Griezmann linked up with Mbappe and their quick one-two allowed the Barcelona forward to chip a ball over to Benzema, who headed home.

It was his fifth goal of the delayed European championships, with only Cristiano Ronaldo ahead with six.

And while Benzema's flick was sure to steal the headlines, team-mate Paul Pogba did everything to contest it.

The Manchester United midfielder beautifully curled one from outside the box to put the tournament favourite's 3-1 up.

But Switzerland did pull one back as Seferovic nodded home to give France a nervy last ten minutes.