DEREK CHISORA kept up tradition as he shared a burger with Joseph Parker in a touching post-fight feast.

The heavyweights would have worked up a healthy appetite after they battled for 12 rounds in Manchester on Saturday night. 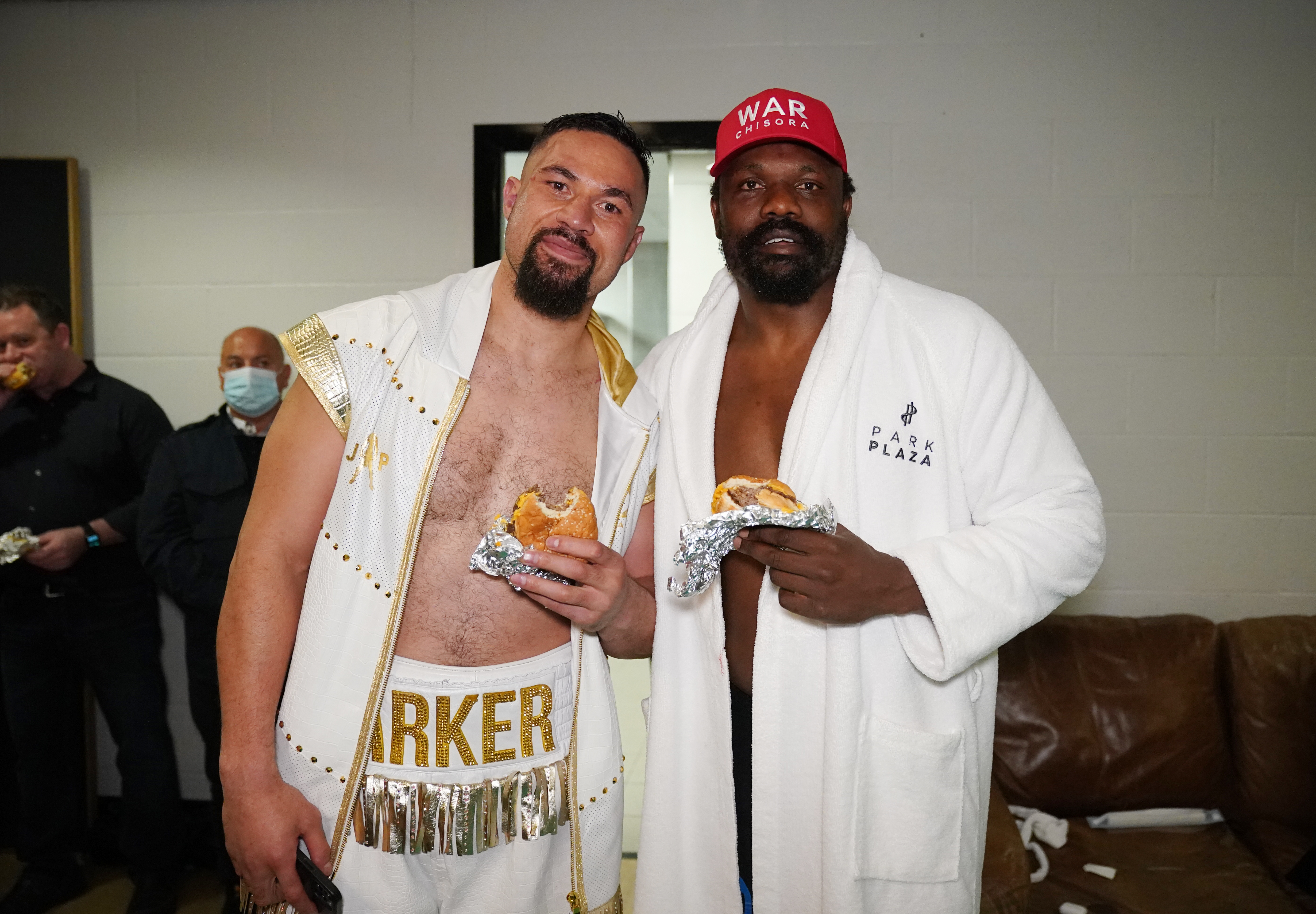 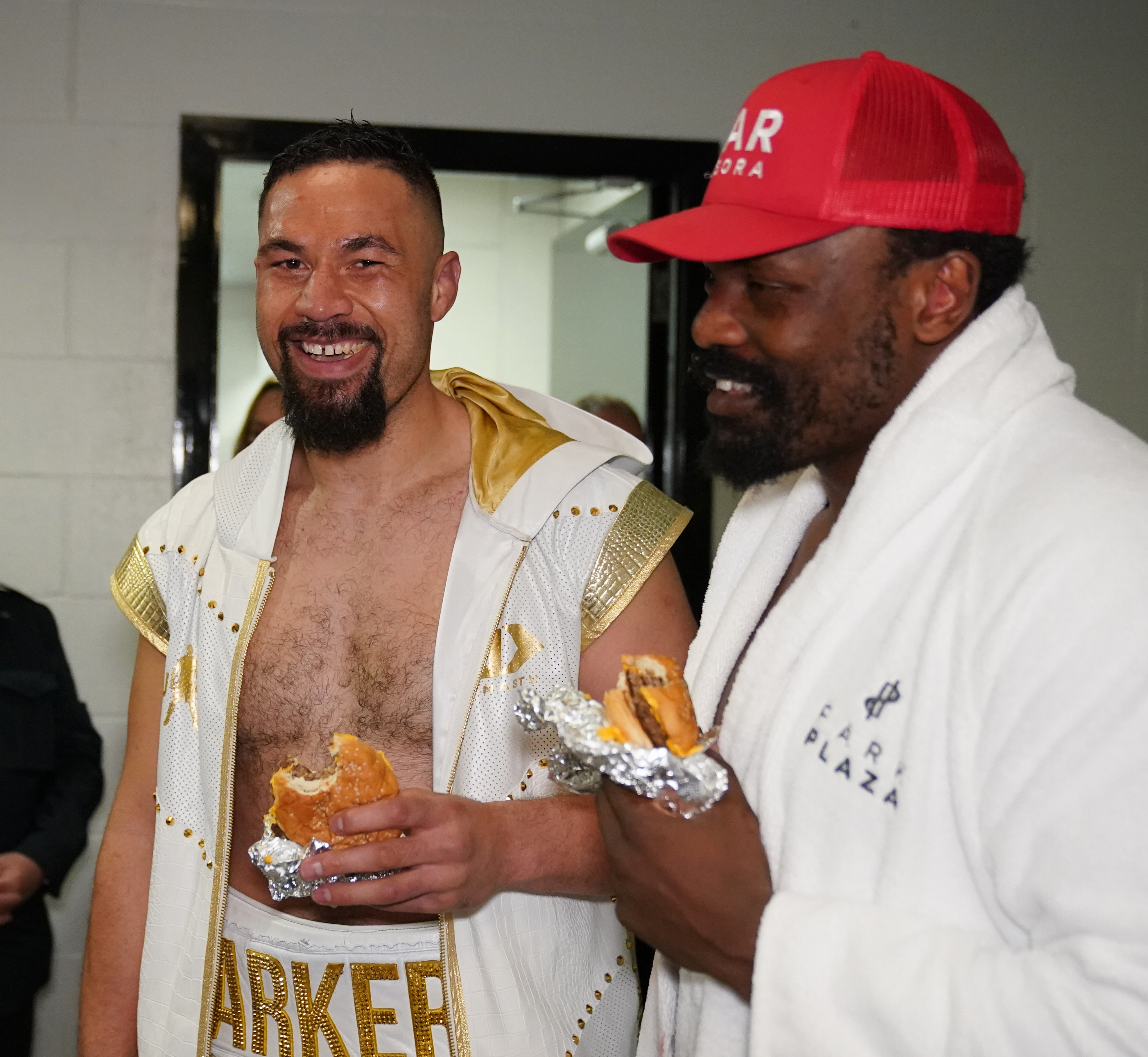 Parker later prevailed on a split-decision verdict but it did not stop Chisora from gifting the New Zealander a burger.

The classy gesture was filmed while the two also posed for pictures.

He similarly enjoyed a bite to eat with Oleksandr Usyk, 34, in October after his defeat.

The Brit got off to the perfect start against Parker, 29, in Manchester as he dropped the ex-WBO champion inside ten seconds.

But after a fast start, Chisora was unable to do enough in the eyes of two judges as he was edged out on the cards.

He immediately called for a rematch while shutting down talks of retirement.

Chisora told Sky Sports: "I was putting in more power punches, inside work, but I can't get upset anymore.

"They want to see me retire, but I'm not retiring yet, forget that.

"This is horrible. I train hard every day, I give everything in the gym, and when I put it all in there, these are the results I get.