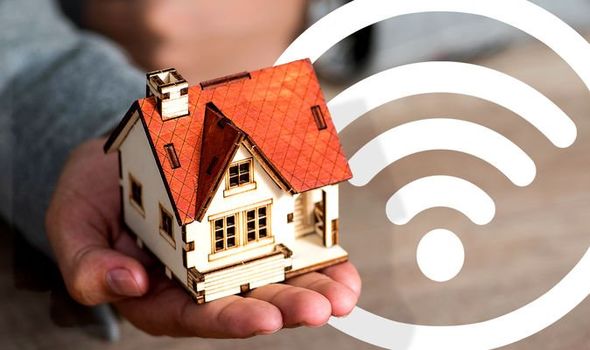 Adding a super-fast broadband connection to your home could add up to £3,500 to its value, according to a review published by the Department for Digital, Culture, Media and Sport. The review, which observed house prices between 2012 to 2019, discovered an “increase in house prices (of between £1,700 and £3,500) suggesting that buyers valued the technology”.

Despite the sizeable £3,500 extra profit sellers could make on their homes, it seems buyers aren’t even that fussy about speeds. The review by the Department for Digital, Culture, Media and Sport defined “superfast broadband” as 30Mbps or more. The average broadband speed nationwide was recorded as some 65Mbps last year. So, home-owners only need to ensure their properties are connected – they don’t need to boast the sort of speeds needed to juggle multiple video calls, stream 4K Ultra HD quality from Netflix, or more.

“This estimate represents how much house buyers valued access to a superfast broadband connection, accounting for many of the programme’s indirect effects such as enabling greater remote working and reducing commuting times,” the UK Government commented.

Speeds of at least 30Mbps are currently available to around 96 percent of homes across the UK, however, only 60 percent of premises have taken up this level of service, Ofcom reported at the end of last year. These home-owners could be losing out on an extra £3,500 windfall should they want to sell in the coming months. 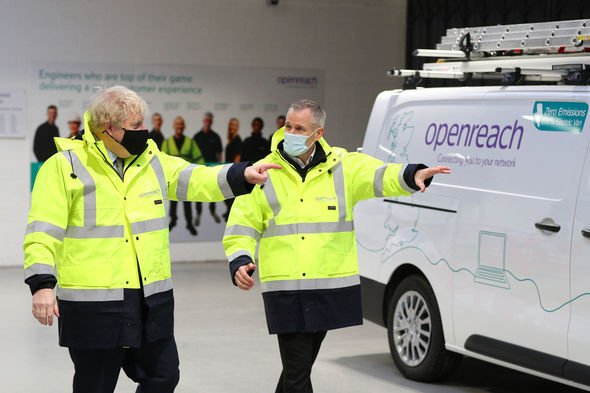 Digital Secretary Oliver Dowden confirmed in a statement last week that 11 million homes across the UK haven’t upgraded to superfast broadband, despite it being readily available.

“96% of us can now access superfast broadband, but 11 million homes are still missing out on faster speeds available in their area,” said Dowden. “I encourage anyone fed up with slow loading times or shaky video calls to check with their provider or an online switching service and see if they can join the superfast lane.”

That said, 30Mbps is still a far cry from the sort of speeds required by most people working, studying, or trying to watch the latest must-binge boxset on Netflix or Prime Video.

That’s something Prime Minister Boris Johnson was keenly aware of when on the campaign trail ahead of the General Election back in December 2019. Johnson had pledged to connect every home in the UK by 2025. Gigabit-capable connections provide speeds up to 1,000Mbps.

Given that Netflix only recommends 5Mbps for High Definition streaming and 25Mbps for 4K quality video, these future-proofed broadband connections are more than enough to handle working from home, videoconferencing, streaming on YouTube at the weekend, on-demand content from Sky and other providers, as well as downloading updates to smartphones and games on next-generation video game consoles, and uploading back-up of personal data.

However, in the latest national infrastructure strategy, the Government has walked back its commitment – stating that faster internet speeds will now only be available to 85 percent of premises within the next five years. Without the Government’s commitment to bringing full-fibre cable across the UK, commercial roll-outs of the future-proofed infrastructure are widely-believed to reach some 80 percent of homes and businesses. However, connecting the remaining 20 percent is too pricier to be commercially viable without subsidies from the Government. Without those, broadband providers could leave thousands with drastically outdated internet connections.

According to Ofcom, there are around 600,000 homes and businesses in the UK without access to broadband speeds above 10Mbps.

Chancellor Rishi Sunak says just £1.2 billion out of the £5 billion set aside by Prime Minister Boris Johnson last year to reach all of the “uncommercial” 20 percent of homes and businesses will now be spent in the original timeframe. According to sources, the pandemic and extraction of Huawei kit from the UK infrastructure are partly to blame for the delays.

According to Ofcom, Gigabit-capable broadband is currently available to 7.9 million homes across the UK, amounting to about 27 percent coverage.

However, the pandemic has led to higher demand for these next-generation speeds. According to new figures from Ofcom, the average amount of data used each month has surged by 80 percent in the two years – from 241GB a month per connection in 2018, to 429GB per connection in 2020.