Climate groups have criticised the appointment of former Origin Energy chief executive Grant King to lead the Climate Change Authority, the independent body that advises the government on how to reduce greenhouse gas emissions.

In making the appointment, Energy and Emissions Reduction Minister Angus Taylor described Mr King as a “thought leader” with 40 years of experience in energy, finance, infrastructure and sustainability who had already contributed to the government’s emissions reductions policy. 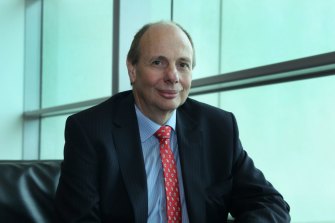 Also appointed to the board were Susie Smith, chief executive of the Australian Industry Greenhouse Network, and banker John McGee.

Mr Taylor said, due to his industry and policy advisory experience Mr King was “perfectly suited” to the role.

Innes Willox, chief executive of industry organisation Ai Group, said the new appointees had deep experience in climate and energy policy, and a revitalised Climate Change Authority might provide an alternative to the body proposed in Ms Steggall’s climate bill.

“But neither will work unless the government listens, trusts and responds to the advice offered,” he said.

Independent MP Zali Steggall, whose climate change bill is before a parliamentary inquiry, said the appointment was evidence that the government “continues to only listen to vested interests in fossil fuels.”

Dan Goucher of the Australasian Centre for Corporate Responsibility said it was another example of the government “stacking” climate bodies with figures from fossil fuel industries.

“King is almost uniquely unsuited to any role at the CCA, much less its chairmanship,” he said.

“Under his leadership, Origin forcefully opposed credible climate policy. During his tenure on their boards, the Business Council of Australia and the Australian Petroleum Production and Exploration Association (APPEA) campaigned to repeal the carbon tax, the only effective policy Australia has ever had to reduce emissions.”

The prominent marine biologist Professor Terry Hughes, known for his expertise on the Great Barrier Reef, said via Twitter that, “after trying but failing to abolish the authority when Tony Abbott was prime minister, the government had effectively achieved its goal by appointing representatives of the leading opponents of effective climate action.”

“As chief executive of Origin Energy Mr King was responsible for initiating Asia Pacific LNG, the largest Queensland coal seam gas LNG project which has resulted in well over 200 million tonnes of greenhouse gas emissions already, which will rise to well over one billion tonnes over the life of the project,” he said.

John Connor, chief executive of The Carbon Market Institute, was less critical of the decision.

“These appointments mark the further resuscitation of an important independent institution, with the considerable carbon market and industry experience of Grant King and Susie Smith in particular,” he said.

“However, now the CCA is out of the emergency ward it needs to do the work needed of it in 2021, and join international best practice, which includes analysing and recommending policies for five-yearly carbon budgets in a transition plan towards net-zero emissions before 2050.”