UFC legend Jon Jones has pleaded guilty to drink-driving while admitting he has an "unhealthy relationship with alcohol".

The light-heavyweight champion was arrested on March 26 after police reportedly found him drunk at the wheel of his car with the engine still running. 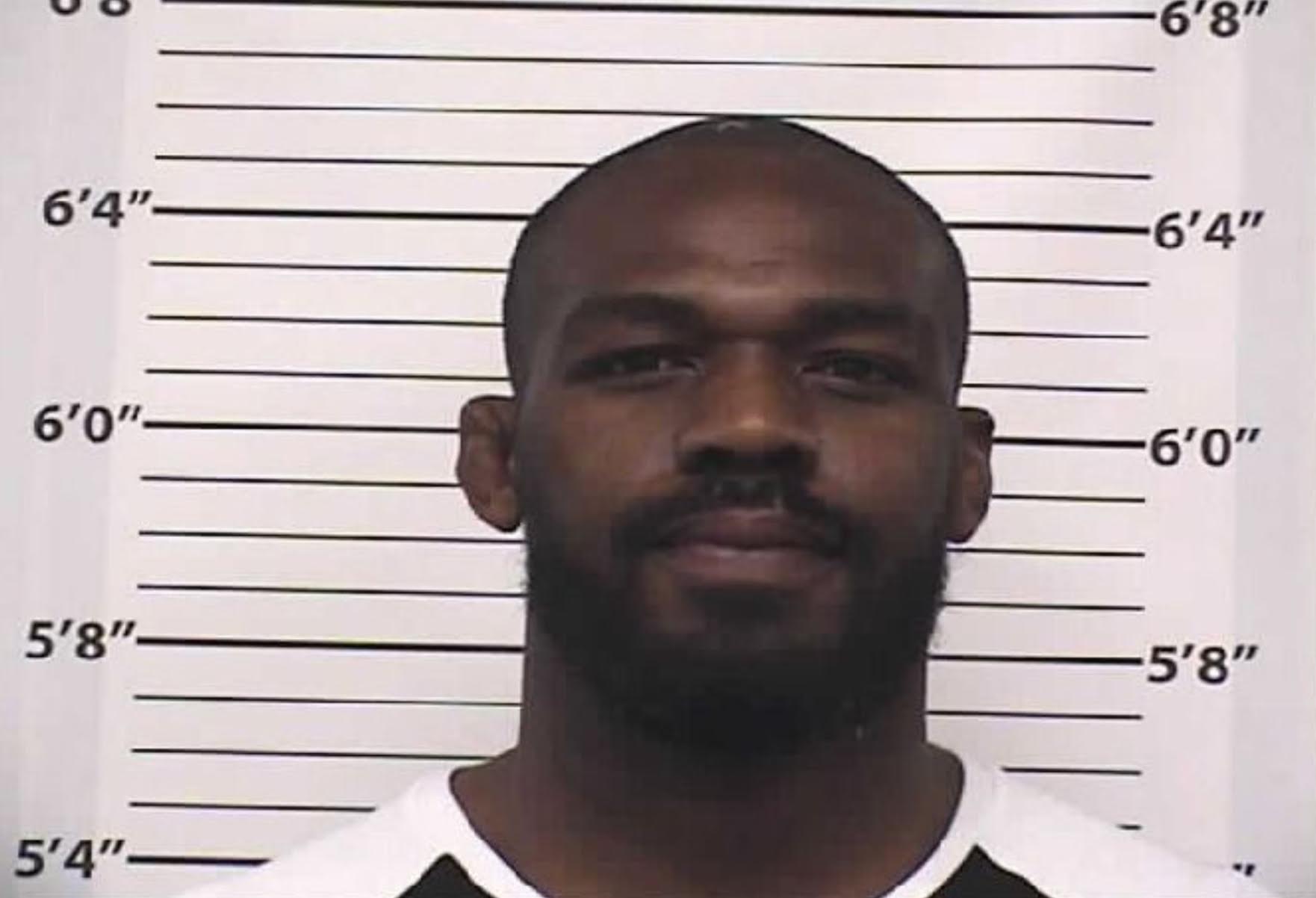 Cops had been responding to reports of gunshots at the time.

But after discovering Jones in a bad way, the MMA ace faced charges of DWI (driving while intoxicated), negligent use of a firearm, no proof of insurance and possession of an open container.

According to reports, Jones will serve a one-year supervised probation and a four-day house arrest, including the use of an ankle monitor.

The UFC star will also pay a fine of £400, serve 48 hours of community service and attend a 90-day drug treatment outpatient program.

On top of that, he will need to install ignition interlocks – which require you to pass a breathalyser test before you can start the engine – on all of his vehicles.

Jones has now apologised in a statement, while revealing he will plead guilty for his drink-driving shame.

The 6ft 4in fighter wrote: “While we all work to understand and cope with the stress and uncertainties surrounding the state of our world, I want to express how truly disappointed I am that I have become the source of a negative headline again, especially during these trying times.

“I am disappointed for letting down the people I care about the most, my family, friends and my fans.

"This morning I entered into a plea deal with the Albuquerque DA office.

"I accept full responsibility for my actions and I know that I have some personal work to do to which involves the unhealthy relationship I have with alcohol.

"I have dedicated so much time and energy to improve my community and I will not allow this personal setback to hinder my work within the community when we need it most.” 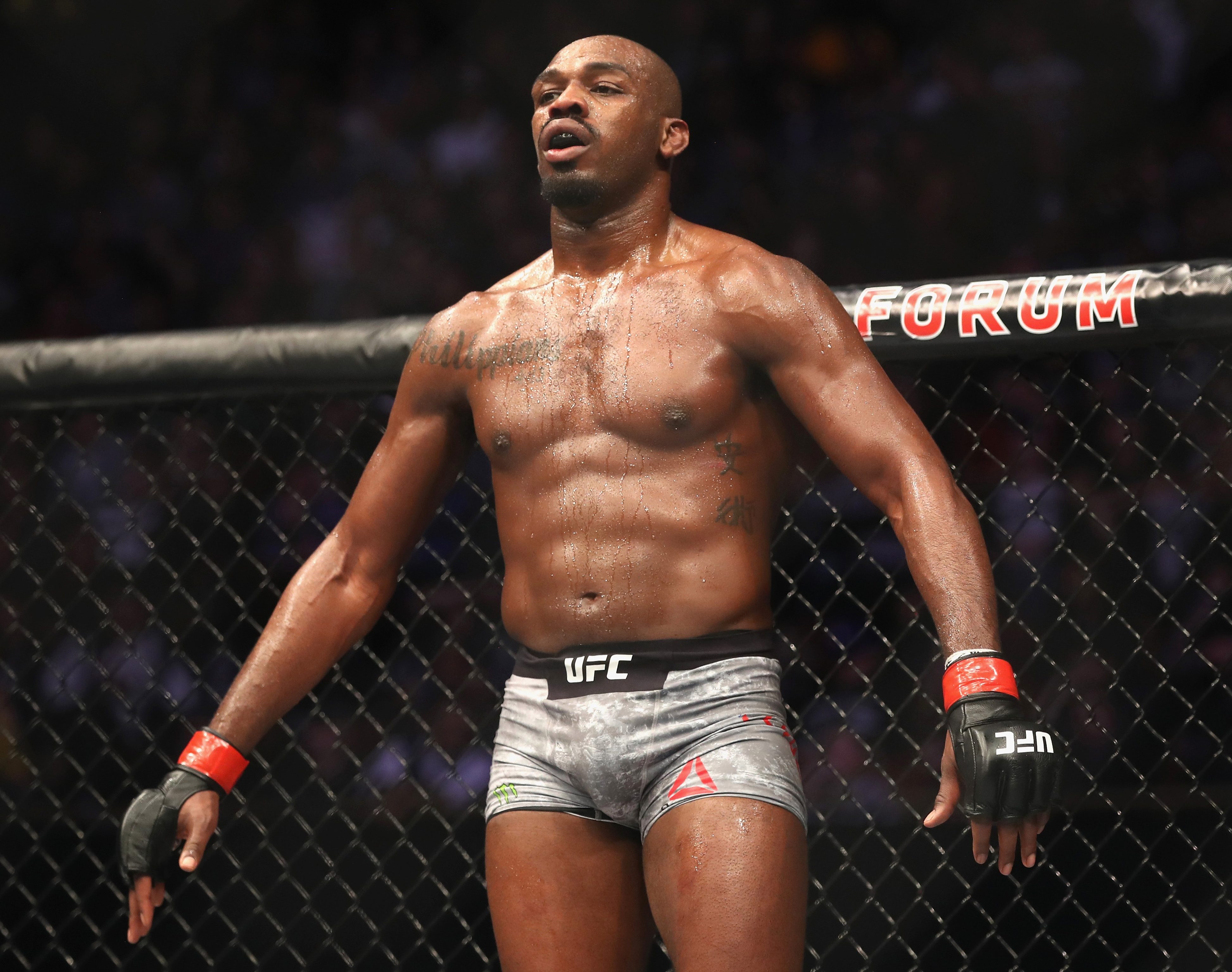 It read: ”Jones took responsibility for his actions early on in the case, and in doing so, the state agreed to one year of supervised probation.

“Normally, the state would be requesting a pre-sentencing report and a recommendation to substance recovery court, however, due to Covid-19 it is not clear the program can accept anyone at this time.

”It is also the reason that we are agreeing to the four days on with 90 days for turn-in.

"Jones is still required to complete a minimum of 90 day out-patient treatment, maximum fines and fees, community service and all other requirements of reporting to probation.

"His attorney and Mr Jones have been made aware that if he fails to do this, the State will seek to impose the balance of any jail time without regard for any exceptional circumstances.”

UFC chief Dana White is yet to comment on Jones' situation, but the fighter could face a separate punishment from the sport.

In 2012, Jones drove his Bentley Continental GT into a pole and was arrested on DUI charges.

After his mum paid his bail, Jones pleaded guilty, paid an £800 fine and had his driving licence suspended for six months.

On the incident, Jones apologised on Facebook, saying: "I totally understand… I screwed up, big time.

In 2014, Jones was accused of using homophobic slurs, directed at a Swedish man, on Instagram – but he later claimed his phone was stolen and account hacked.

"Bones" tweeted: "Just got a new phone. Changing all of my social media passwords. Apparently I was hacked."

Later that year, Jones was fined £40,000 and forced to undergo 40 hours of community service after a furious scuffle with David Cormier during a promotional event for UFC 178.

After also having his endorsement deal with Reebok cancelled, he explained he initially approached Cormier with a "smile on his face".

Jones recalled: "I was just like ‘Hey man, I hear you’re a great wrestler’ and all this stuff.

“And he’s like ‘Yeah, yeah, you don’t know who I am?’. I’m like ‘No, I don’t know who you are, but my coaches were telling me that you wrestle on the Olympic level.’

“And I was like ‘I bet you that I could take you down.’ It was my way of trying to develop a new friendship, and he just took it so seriously."

In April 2015, the MMA star was then claimed to have been involved in a hit-and-run with a pregnant woman – what Jones calls his "biggest regret".

Jones was said to have run a red light and crashed his vehicle – a rental car – into two others.

Eyewitnesses claimed Jones returned to the scene of the smash to grab some money from the car.

Cops later found marijuana in the vehicle and his misdemeanour charge was bumped up to a felony after it was revealed another party involved in the crash suffered injuries.

After an arrest warrant was issued, Jones turned himself in to New Mexico police and posted bail of £2,000.

While he was not jailed, the UFC stripped him of his title.

Jones later apologised, saying: "Got a lot of soul searching to do. Sorry to everyone I've let down."

In 2018, he added: “My biggest regret out of everything, if we’re going to talk about public things, that the general public would know about, it was hitting the pregnant woman in that hit and run car accident four years ago.

“Just a terrible, terrible situation. Hurting a woman is terrible. That’s probably one of the few things that I would totally take back if I could.”

The UFC fighter also failed drugs tests in 2016 and 2017 and was hit with an initial one-year ban for the first indiscretion.

For the second failure, he was suspended 15 months – with 30 months knocked off the potential four-year ban due to his "substantial assistance" in the case, but was against stripped of his title and suspended.

Jones claimed he was "sincerely sorry".

In 2019, Jones was claimed to have been charged with battery after a waitress at an Albuquerque bar claimed he slapped her "p***y" and put her in a choke-hold.

Jones vehemently denied the claims, tweeting: "I’m definitely not in any trouble, don’t be so quick to believe everything you read on the internet."

His spokesperson claimed: The media told Mr Jones about a false accusation launched against him and that paperwork had been sent to an incorrect address.

"However, after receiving the documents from the press, Mr Jones immediately went to pay the small fee, and he, and multiple witnesses, stand ready to factually refute the malicious lies being told about him to the public."