UFC boss Dana White has revealed that he signed an MMA novice because he reminded him of a young Mike Tyson.

The 51-year-old admitted Tafon Nchukwi 'scared the s***' out of him following his brutal knockout win over Al Matavao. 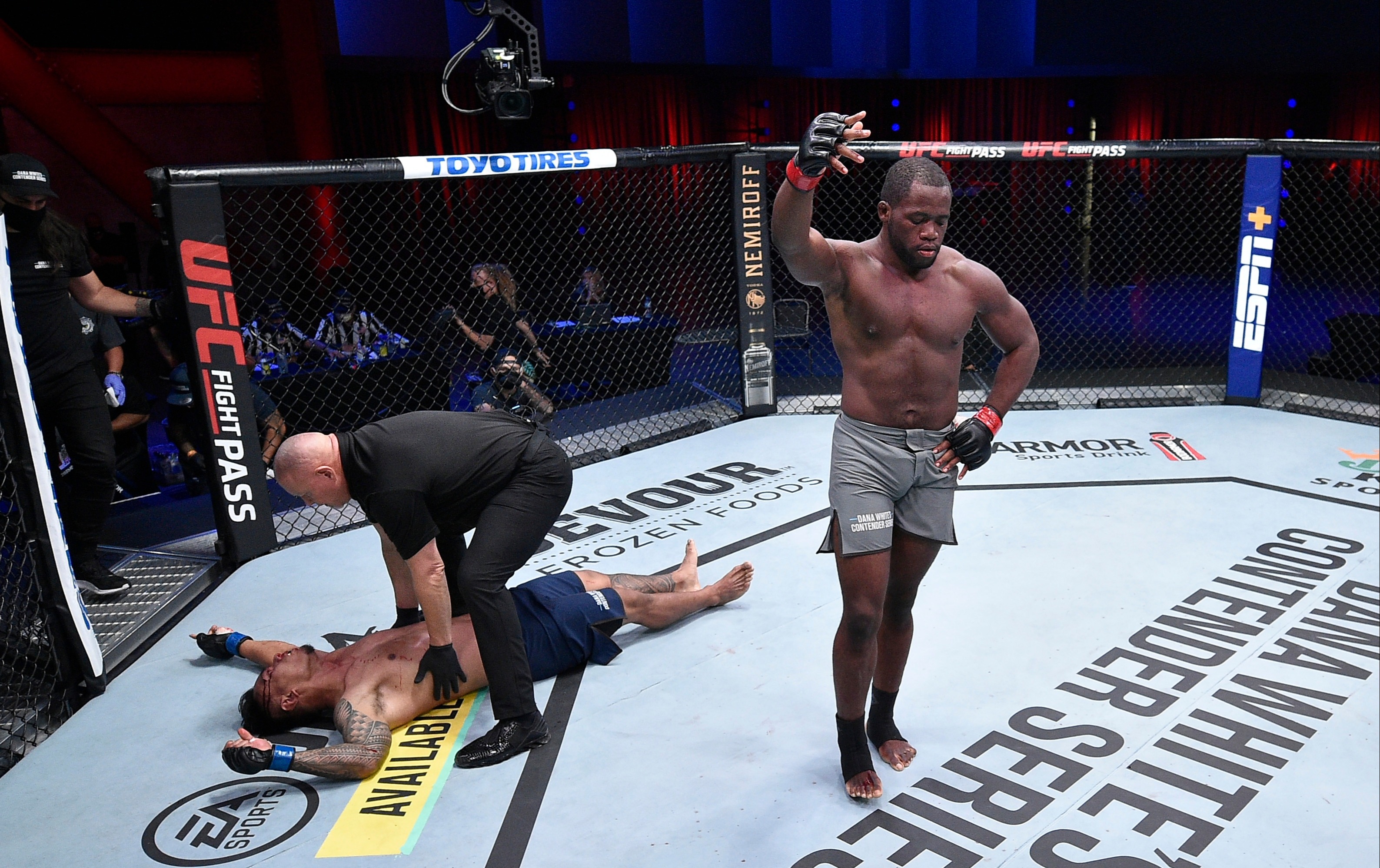 The 25-year-old heavyweight was one of 10 athletes competing on White's Contender Series 32, a show designed to funnel talent into the UFC.

Nchukwi fought in the main-event on Tuesday against the more experienced Matavao.

Yet the Cameroonian, who has only been fighting professionally for a year, scored the biggest win of his young career with a savage second-round head kick.

And White revealed he signed Nchukwi to the UFC in an instant after witnessing one of the most frightening knockouts of his life.

This guy reminds me of a Tyson-type figure. He's 4-0 and with four knockouts. I didn't see the first three, but the last one was one of the most vicious knockouts I have ever seen

Speaking after the event, he said: "This guy reminds me of a Tyson-type figure.

"Physically, visually, and obviously with his fighting style.

"He's 4-0 and with four knockouts. I didn't see the first three, but the last one was one of the most vicious knockouts I have ever seen."

To ESPN, White added: "I don't know what more you could look for in a guy who is going to be a professional fighter.

"This guy is mean, aggressive, [has] unbelievable power, and cardio to back it up. The thing that scares me is he's 4-0 — he doesn't have a lot of experience.

"He fought a guy tonight who has 10 fights. Normally, I would take a guy like this and put him in a developmental program, but he scared the s*** out of me tonight, and I'm going to bring him into the UFC."

Nchukwi has now won each and every of his four fights while Matavao's record stands at eight wins and three losses.