The U.S. Olympic and Paralympic Committee (USOPC) said Tuesday that it will allow athletes to kneel during the national anthem and raise their fists at Olympic trials, as the organization continues to review the decades-long policy of banning protests at the Games ahead of the Tokyo Olympics and Paralympics.

In a nine-page document released Tuesday, the committee outlined racial and social demonstrations that would “not be punished or undermined” by the USOPC or impact an athlete’s participation in the Olympic and Paralympic Trials events. The guidance, which came with the help of the athlete-led Team USA Council on Racial and Social Justice, comes months after the USOPC announced in December it would not discipline players for protesting peacefully at the Olympics and Pan American Games.

USOPC CEO Sarah Hirchland said in a letter to athletes that the new rules defines the “latitude” for them to “express their personal perspectives on racial and social justice in a respectful way, and without fear of sanction from the USOPC.”

Among the allowed protests include: raising a fist at the medal podium; kneeing on the medal podium or national anthem; and wearing a hat with phrases such as “Black Lives Matter,” “Trans Lives Matter” or words such as “equality” or “justice.” The USOPC is also permitting athletes to orally advocate for BIPOC individuals or other historically underrepresented or marginalized groups as well as speaking out against police violence and systemic police discrimination against Black or other marginalized groups. 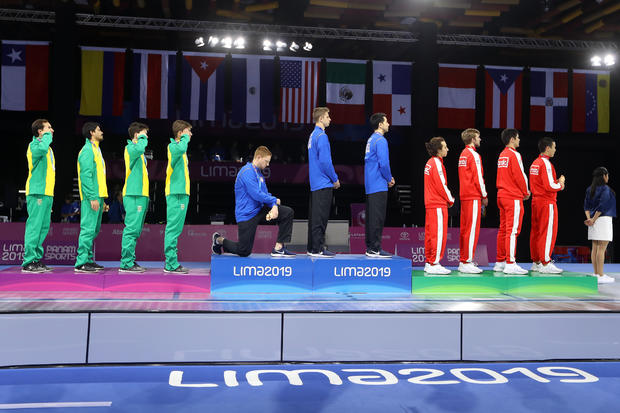 The committee also listed player demonstrations that would be considered “impermissible acts.” USOPC said it would not allow the wearing of a hat or face mask depicting a hate symbol or hate speech as defined by the Anti-Defamation League; making hand gestures affiliated with hate groups; violent protests or acts that damage property at the Trials venue or harm other people; and using language expressing hatred or discriminatory remarks toward historically marginalized groups.

All demonstrations are subject to review by the USOPC, and those athletes who engage in protests may continue to compete until a full review and hearing is conducted.

The USOPC said it would evaluate the guidance again before the Olympics and Paralympics.

The International Olympic Committee and the International Paralympic Committee have jurisdiction over the Olympic and Paralympic Games, and could enforce the controversial Rule 50. Under the rule, participating team members and athletes are not allowed to partake in any demonstration during the Olympic and Paralympic Games. But each country’s governing athletic organizations, such as the USOPC, are tasked with punishing athletes for a violation. 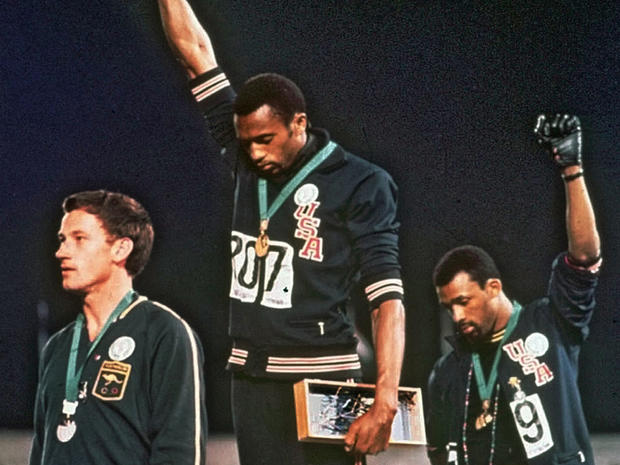 More than 52 years ago, the USOPC famously suspended track stars and medalists Tommie Smith and John Carlos and sent them home after they raised their fists at the 1968 Olympics in Mexico City. More recently, fencer Race Imboden and thrower Gwen Berry, who demonstrated at the 2019 Pan American Games, were given a probation by the USOPC, which was later overturned by the organization. Imboden, who is part of the Team USA Council on Racial and Social Justice, told CBS News last year that Rule 50 “silences” athletes and talked about USOPC changing its long-held stance.

“What we want to see, and what we’re seeing is that the [USOPC] realizes, as many organizations in the U.S. are right now, that they have to stand with the people because the people have the power,” he said at the time.

The rescheduled Olympics and Paralympics in Tokyo are less than 114 and 146 days away, respectively.