TOTTENHAM have lost 36 of their last 57 Premier League away matches against their so-called 'Big Six' rivals.

And their tally of wins is a paltry EIGHT in the last 12 years. 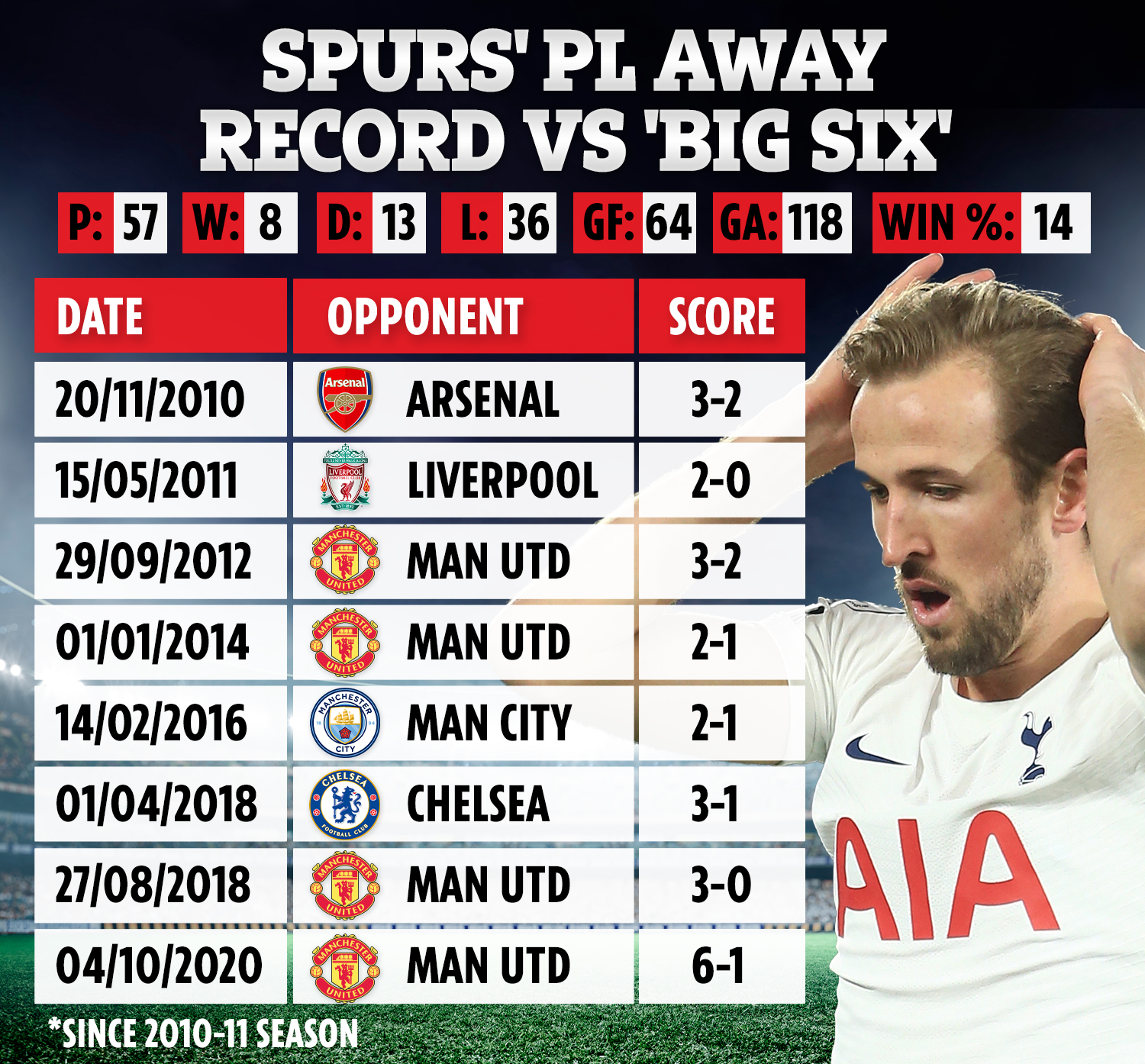 The North Londoners were beaten 2-0 by Chelsea in West London on Sunday.

Hakim Ziyech and Thiago Silva goals proved the difference and condemned Spurs to their 19th defeat at Stamford Bridge since the top flight was revamped in 1992.

They have won seven of 60 Premier League meetings with the Blues – home and away combined.

Take into account away matches at Manchester United, Manchester City, Liverpool and arch-rivals Arsenal and the reading is still just as grim for Tottenham fans with a total of 12 wins in 131 matches.

Those six finished as the Premier League's top six for the first time in 2010-11 – and have done so four times out of ten seasons since.

In that time, Opta stats show Spurs have won eight, drawn 13 and lost on the remaining 36 trips to their main rivals.

That works out as a win percentage of just 14 per cent – with 64 goals scored and 118 conceded.

Their only win at Chelsea was on April Fools' Day in 2018 as Christian Eriksen and a Dele Alli double helped them to a 3-1 win under Mauricio Pochettino.

Both of those came under Harry Redknapp and helped the Lilywhites finish fifth.

They have enjoyed some more success against United, though, including the 6-1 thumping at Old Trafford in October 2020 under Jose Mourinho. 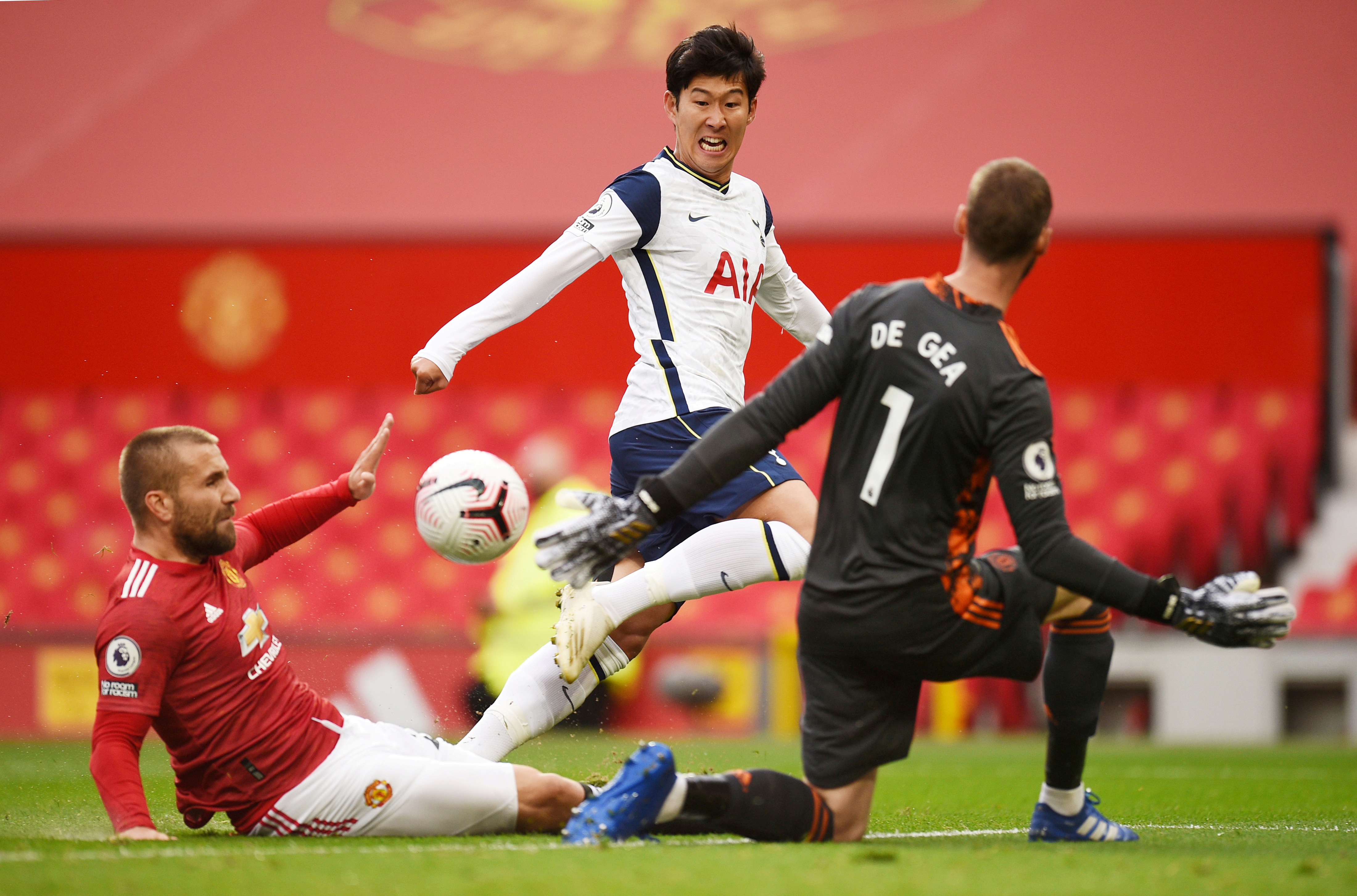 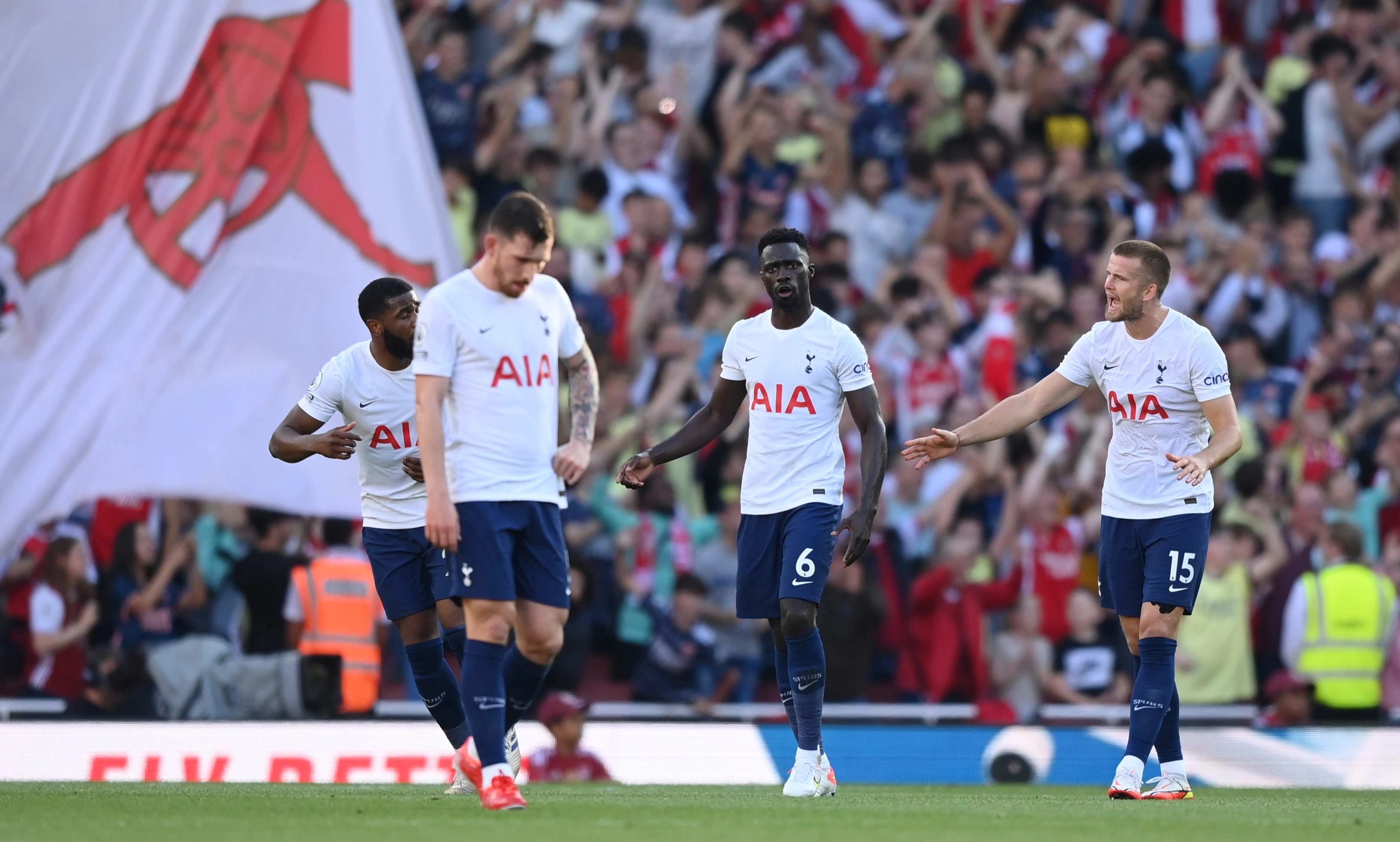