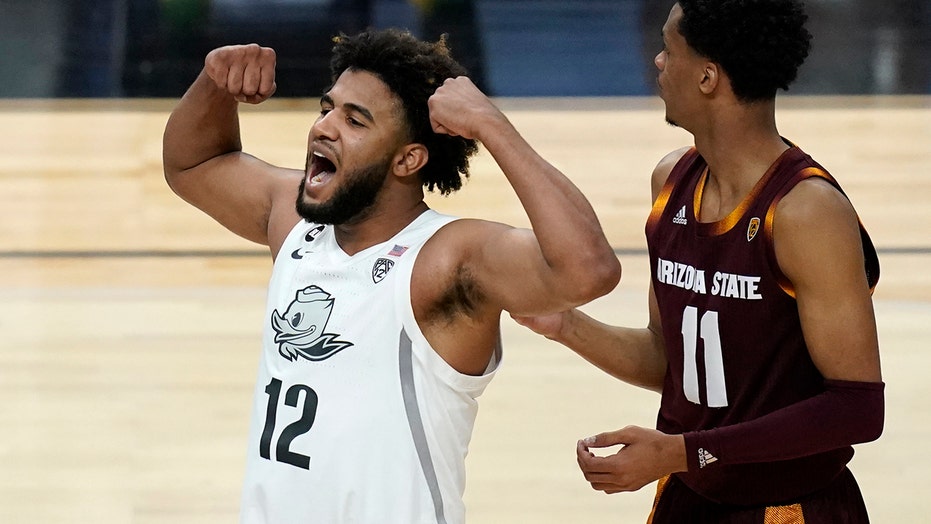 LJ Figueroa scored a season-high 21 points, Will Richardson had 17 points, seven rebounds and nine assists and top-seeded Oregon eased into the semifinals with a 91-73 victory over Arizona State on Thursday in the Pac-12 Conference tournament.

Eugene Omoruyi had 15 points and six rebounds for Oregon (20-5), which has won six straight games to reach 20 wins for the 11th straight season. Amauri Hardy added 11 points and Chandler Lawson 10.

The Ducks shot 59% from the field, including 10 of 18 from distance — with three apiece from Omoruyi and Figueroa, and two by Richardson.

Richardson recently returned from a thumb injury, on Feb. 3, that forced him to miss Oregon’s run of eight wins in nine games in December and January. He was coming off a career-high 22 points in a regular-season finale against rival Oregon State, and the Ducks are now 11-2 with him in the lineup.

Arizona State forward Kimani Lawrence was helped off the court with 13 minutes left and did not return, finishing with five points and six rebounds in 24 minutes. Fellow big Jalen Graham fouled out with six points at the 6:28 mark of the second half.

On Wednesday, Verge scored on a challenged drive in the lane with 11 seconds left in a 64-59 win over Washington State.