TOM UTLEY: It’s a mystery why any self-respecting woman wants to join a club of red-cheeked old bores like me

After all these months in lockdown, living cheek-by-jowl 24 hours a day, I suspect I’m not the only man in the country who has found himself yearning just occasionally for a refuge from the woman in his life.

It’s not that I don’t love Mrs U — really, it isn’t — and, of course, I understand the value of having a shrewd critic permanently on the premises, ever ready to point out my little faults and remind me of my obligations to stop snoring, mow the lawn, fix the doorbell (out of action for seven weeks, I blush to admit) and listen when she speaks to me.

It’s just that even in the happiest of marriages, a chap could do with a break from time to time, if only to test the theory that absence makes the heart grow fonder. I dare say that there are also quite a few wives and girlfriends who would appreciate the odd evening away from the company of their menfolk, free to natter with members of their own sex about the shortcomings of mine. 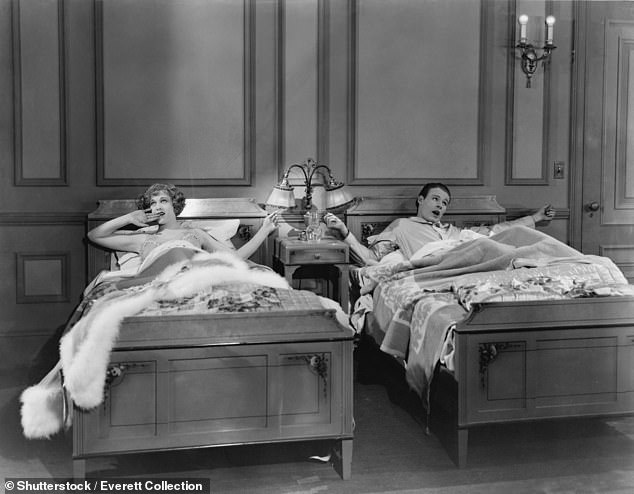 After all these months in lockdown, living cheek-by-jowl 24 hours a day, I suspect I’m not the only man in the country who has found himself yearning just occasionally for a refuge from the woman in his life

But a woman’s entitlement to associate exclusively with other women is a subject for another column.

This week, my concern is with a man’s right to a private refuge from the company of women, if that’s what he wants — a right now under threat from the forces of progress and modernity, in the siren shape of lingerie entrepreneur Emily Bendell, 39.

Specifically, I’m thinking of the Garrick Club in London’s Covent Garden, which has stubbornly refused to admit women as members throughout its 189 years of existence. This is in spite of frequent attempts to overturn the policy, of which the most recent was in 2015, when a narrow majority of 50.5 per cent of members voted in favour of allowing women to join — well short of the two-thirds needed for a change in the rules.

Now the photogenic Miss Bendell, chief executive of underwear firm Bluebella, is launching her own bid to breach the fortifications of this masculine bastion and force it to admit women, saying she herself would like to join the Garrick.

On Wednesday, it emerged that she has instructed lawyers to seek an injunction preventing the club from ‘continuing to operate its discriminatory policy’, which she claims breaks the law, as laid down in Harriet Harman’s Equality Act 2010. 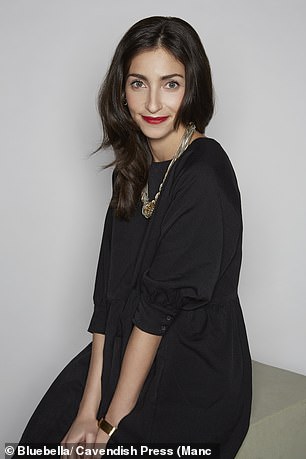 This week, my concern is with a man’s right to a private refuge from the company of women, if that’s what he wants — a right now under threat from the forces of progress and modernity, in the siren shape of lingerie entrepreneur Emily Bendell, 39

Let us leave aside the question of whether, with the economy in meltdown and a pandemic sweeping the world, there may be more important things for a businesswoman to worry about than the rule book of gentlemen’s club in London.

On that point, all I will say is that cynics on the internet may possibly have a point when they argue that the lawyers’ fees Miss Bendell has to shell out could be cheap at the price for the publicity the case brings to her company. Certainly, I for one had never heard of Bluebella — a firm whose range apparently includes saucy items themed on the sado-masochistic book Fifty Shades Of Grey. But then I’ve led a very sheltered life.

Let us ignore, too, the fact that even if she succeeds in her action, and the doors are thrown open to women members, Miss Bendell will by no means be assured of admission herself.

Indeed, it is far from improbable that she would be blackballed by some of the club’s crustier members, resentful of her interference in a tradition stretching back to the club’s foundation almost two centuries ago.

No, what bothers me is why anyone should think it’s the business of the law to dictate the admissions policy of a private members’ club. If the Garrick’s members don’t want women to join — not enough of its members, anyway, to meet the club’s condition of a two-thirds majority for a change in the rules — then surely that’s up to them alone?

If you ask me, a private club should enjoy the same freedom to set its own rules as the rest of us have to choose whom we invite to our tables at home.

But then perhaps an even greater puzzle is why any self-respecting woman in her right mind would wish to join a fearfully expensive club, full of red-cheeked old gentlemen (the average age at the Garrick is 70), flushed with port, burbling on about the day’s cricket or how much better things were in the old days.

All right, I can see the club’s attractions to an old bore like me. Though never a member myself, I’m lucky enough to have eaten there several times as a guest. The food and wine are pretty good, by London club standards, the rooms are magnificent and the portraits of actors and actresses adorning the walls are better than anything any other club has to offer.

And yes, I myself have been known to sing the praises of the good old days, when I have no women around to shut me up. 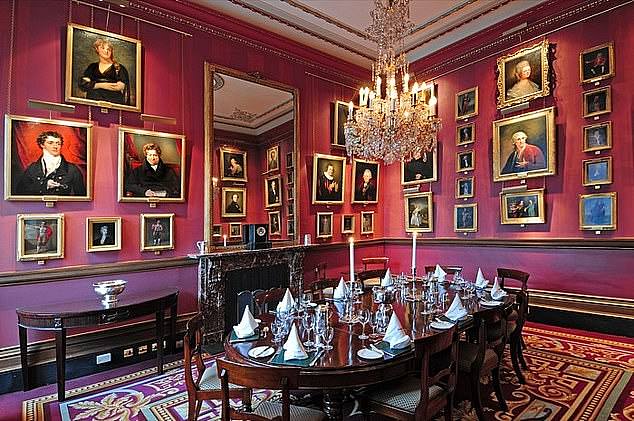 Specifically, I’m thinking of the Garrick Club (pictured) in London’s Covent Garden, which has stubbornly refused to admit women as members throughout its 189 years of existence

There was a time some 40 years ago when I considered joining the Garrick (though it was far from certain that I’d have been accepted). This was when my then editor, the late Sir John Junor, kindly offered to propose me. I declined partly because I was daunted by the subscription fee but mostly because of the waiting list, which then stood, if I remember rightly, at about eight years.

As a callow twentysomething, this sounded to me like an eternity. Now that I’m approaching my 67th birthday, it seems like the mere blink of an eye.

But frankly I’m glad I never joined. For though I value the odd break from my wife, the truth is that I much prefer mixed company to the undiluted companionship of those of my own age and sex.

For though it grieves me to say so, it’s quite clear from my experience that the Garrick’s committee long ago abandoned its guiding principle: ‘It would be better that ten unobjectionable men should be excluded than one terrible bore should be admitted.’

Far better, I’ve found, to go there once in a blue moon as a guest — and not least because of the club’s strict rule that only members are allowed to pay.

Which brings me to a final mystery about Miss Bendell’s lawsuit. If I understand her rightly, her main complaint is that the Garrick’s discrimination against women unfairly denies her the opportunity to network with its members who — apart from ageing actors, lawyers and journalists — include several MPs and others who wield influence over Government policy.

But even this is not wholly true. For although women cannot be members, they are allowed in as (non-paying) guests. Thus, they get the best of both worlds — enjoyment of the club’s facilities without the horror of the bills.

Furthermore, another club rule strictly forbids transacting business of any kind on the premises.

Of one thing I’m sure. If her photograph is anything to judge by, Miss Bendell will have no difficulty in securing an invitation whenever she fancies. True, she will not be allowed to sit at the members’ table, alongside all those old buffers reminiscing about the glory days of the 1950s. But would that really be such a sacrifice?

I have a sneaking feeling that even if her action comes to nothing, the Garrick’s members will capitulate the next time the issue is put to the vote. After all, one by one our institutions and traditions have crumbled at the merest hint of a Twitterstorm.

But meanwhile, can’t she leave the old codgers alone to enjoy their time-honoured freedom to bore each other over the port at the members’ table — while their wives relish an evening’s break from their company? Can she seriously suggest they’re doing anyone harm?