MIGHTY GURKHA is a pretty short order for this big-field contest but with good reason after he made all to win a Kempton Group 3 last time. That was over this distance and he was second in a Listed contest at Newbury earlier this term. He is giving weight away but it would be a lot more if this was a handicap. 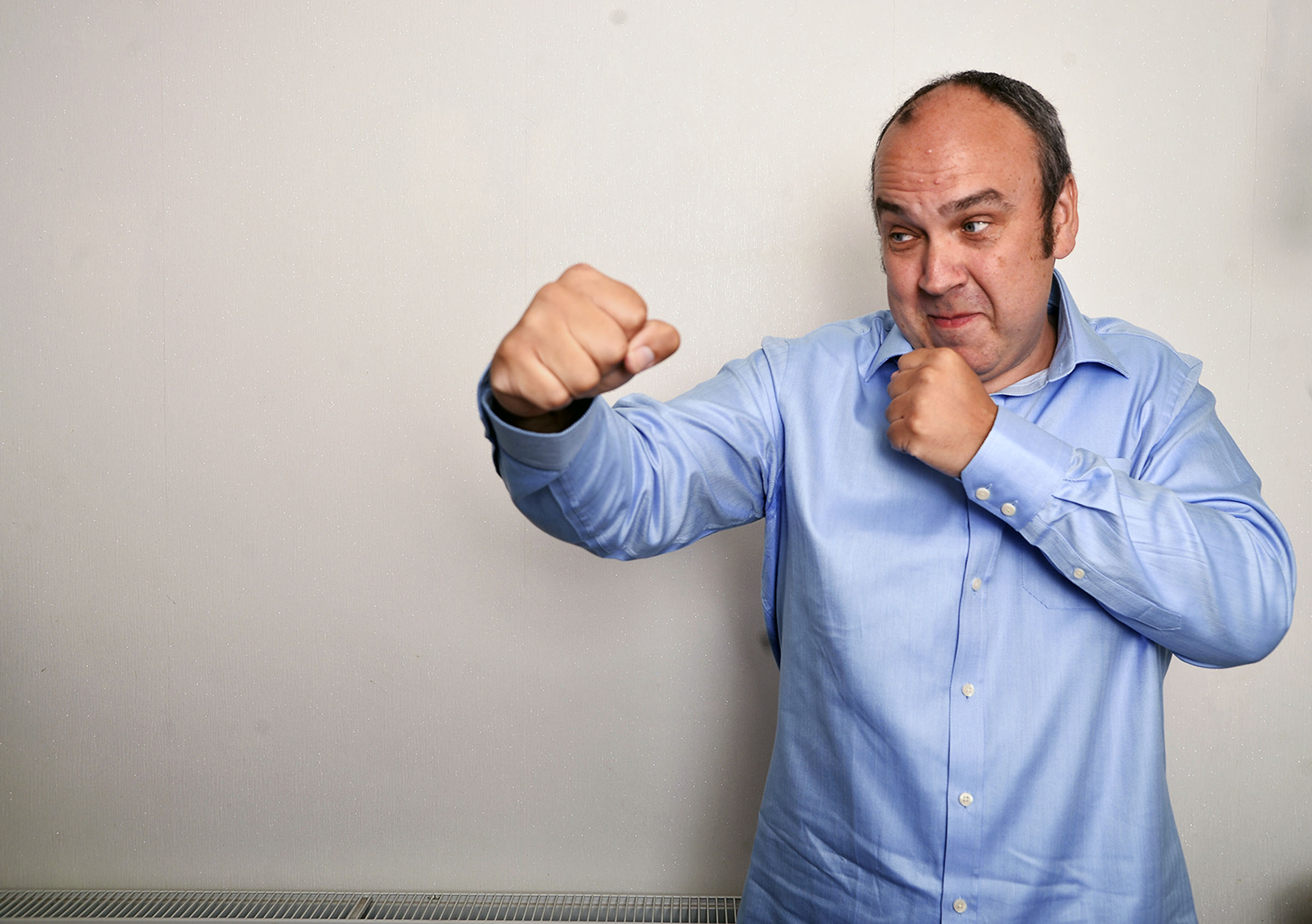 Get 40/1 Enable to win the Arc with Betfair

Perotto will be much happier back over this trip after finding the minimum distance too hot in the Flying Childers at Doncaster. He was a close second in a hot handicap at York before that and looks a decent each-way bet.

Archie Watson trains the jolly but has another shout with Ocean Star. She took a big step forward when winning a Chepstow maiden by 11 lengths and will be staying on when others are emptying.

Fairy Dust didn’t get going in the Dick Poole at Salisbury latest. She was a good second at Newbury before that and handles cut in the ground. She could well bounce back.

Gift List loved the mud when scooting in at Redcar and can’t be ruled out on this hike in grade.

James Tate won this last year and his Electric Blue has placed on all four starts. She needs more but is capable of better.

Just Frank did it well at Thirsk and is respected while the champ takes over on Semper Augustus for in-form Ed Walker.

BE MORE was a game winner the last time she ran at Newmarket and will be much happier here after tackling tricky Chester and Goodwood which didn’t suit. She was a game winner at Sandown over this trip three outings ago and Oisin Murphy is back on board today. Soft ground suits and she looks a fair price.

Moonlight In Paris didn’t have much luck when sixth on her handicap debut last time. John Gosden’s Camelot filly goes off the same mark and should relish the going.

Oti Ma Boati won well in quick conditions at York before following up in the mud at Goodwood. She’s 12lb higher than that first win but could take another step forward for William Haggas.

Wondrous Words ploughed through bottomless going to strike at Redcar before a solid second at Ayr latest. She’s walking up the weights now but is another danger.

Moll Davis got going a little too late when beaten half a length over this distance at Newbury. She hasn’t been seen since that June contest but has some ability.

Affable won on the July course last time and deserves this hike in grade but will need more.

CHAMPERS ELYSEES looked the real deal when comfortably beating Peaceful to land the Group 1 Matron Stakes at Leopardstown. She loved the fast pace and swept past her rivals to win with loads in hand.

With the likes of Terebellum and Veracious liking to go from the front there should be plenty of heat on which will play to the strengths of Johnny Murtagh’s star. There’s no obvious reason why Peaceful should turn that form around. It was still a good run in Ireland though and she has every chance of finishing second again.

Dropping back to a mile looks a wise move for Nazeef given her Falmouth Stakes win on the July course. She didn’t get home at Deauville last time over further and handles tacky conditions.

Veracious would like it a bit quicker so Terebellum looks a bigger threat after her solid third in the Falmouth. She’s back from a break so could be fresher than some of the others.

With so much good racing in France this weekend it’s interesting that Henri-Alex Pantall has sent Half Light across the Channel. She was chinned on the line at Group 2 level in Germany last month and likes this trip and ground.

MAID IN INDIA has few miles on the clock for a six-year-old and ran a belter when fourth in a Curragh Group 1 last time. She was in the lead until the closing stages and showed plenty of pace in the tacky conditions. Jamie Spencer was on board for her last win and rides for the first time since today.

Tis Marvellous finished off well for second in a Newbury Group 3 two Saturdays ago. He was a cracking fourth in the King’s Stand on his last visit to Ascot and is a threat on ground that suits.

Last year’s winner Dakota Gold is an obvious danger although he was beaten by Tarboosh at Doncaster’s Leger meeting. He is slightly better off at the weights today so has every chance of turning that form around.

Aljady is in solid form and battled well to strike at Beverley last time after winning a better contest at Sandown. This is tougher again but he’s clearly in good heart.

Moss Gill has a Listed win to his name this season but was another to chase home Tarboosh on Town Moor. That leaves him with a question to answer but softer ground suits.

Simon and Ed Crisford are in flying form so their Al Raya could improve on her Leicester third. She has been second on her past two efforts in this grade so has place prospects.

LOGICIAN can make it a magnificent seven winners to keep up his unbeaten record. John Gosden’s son of Frankel had just one to beat at Doncaster last time coming back from a year off. He sparkled last season and won the St Leger by more than two lengths which underlines his quality. He should be far too good despite the fact that this will be the softest ground he’s encountered.

Morando won this 12 months ago and looks booked for the forecast spot. He loved the mud when scoring at Ascot in October but is waiting for his first victory of this campaign. It was a solid effort in second at Chester latest and more rain would boost his chances.

Desert Encounter is running well without getting his head in front. He was just over a length off the pace in a Newbury Group 3 two weeks ago so could hit the places again.

Highland Chief should find this easier than the Grand Prix De Paris he tackled at Longchamp last time. He won a Royal Ascot handicap the last time he ran on soft so can’t be ruled out.

Alounak was disappointing at Windsor latest but he was second in the Hardwicke the last time he ran here and that form would put him in the place picture.

RIVER NYMPH sailed away with a hot handicap at Newbury last time and can strike again. He travelled strongly in the soft ground and had the race wrapped up a long way from home. This is a hike in class for Clive Cox’s three-year-old but he gets a handy weight allowance from his elders and won nicely over course and distance in July.

Kynren won this 12 months ago and ran his best race since when fifth in the Ayr Gold Cup two weeks ago. This hike in trip should help and his rider’s claim makes him effectively 1lb lower than last year.

Kimifive could be a big price given he was beaten just a length here last month. He hated the all-weather at Chelmsford 13 days ago so forget that. He is lightly weighted and could nick a place.

Blue Mist disappointed when backed off the boards here last time on the back of winning the International Stakes over course and distance. Maybe the handicapper has caught with him now.

Raising Sand won this in 2018 and has a strong record at Ascot. He’s run just once this season when eighth from a bad draw in the Royal Hunt Cup in June. This shorter trip suits and he could go close.

Young Fire missed the kick in the Ayr Gold Cup after faring better over this distance at Haydock. He’s another with place claims.

CAPE BYRON goes well fresh so can strike on his first run for a year. He showed his class when winning this race 12 months ago when the ground was similar to today’s. We know this trip is ideal and trainer Roger Varian continues in good form.

Grand veteran The Tin Man is another who will relish some give underfoot and he was a fair sixth in the Haydock Sprint Cup. He was a close second the last time he ran in this Group 3 class and he can be relied on to give his running.

Brad The Brief is the potential improver in the field with the three-year-old taking a Listed contest at Newmarket last time. He’s had a little break since then and is another proven in the conditions. This is his toughest test yet but there should be more to come.

Snazzy Jazzy drops back to his best distance and more rain would help his chances as he likes it bottomless. The first-time cheekpieces could help him run into the frame.

Brando has been running in stronger contests than this but it’s two years since he won a Group contest. His best form would give him a chance and this is probably his easiest race of the season.

LULLABY MOON has looked a different horse on soft ground on her past two runs. She won by almost five lengths at Goodwood before stepping up to finish a good third in the big-field Firth Of Clyde Stakes at Ayr. This trip is ideal and a repeat of that Group 3 effort should be good enough.

Spright has been in cracking form and went from the front to win a good nursery at Doncaster last month. She’s a real battler who will take plenty of passing.

Shark Two One won a big sales race at The Curragh last time when finishing off strongly. That was over a similar trip on soft ground so he has to be on the shortlist.

Mamba Wamba was a place behind the tip in Scotland when handling the step up to this distance. She could be improved by a first-time visor.

Blind Beggar has yet to win but he went very close at Haydock. He clocked a decent time there and will be a real contender if seeing out this extra furlong.

Zamaani is one of the more experienced runners who wasn’t disgraced in a Kempton Group 3. He won well over this trip at Goodwood but the ground was much quicker that day.