It seems that John Finlay — or Joe Exotic’s ex, who appeared in Netflix’s wildly popular “Tiger King” docuseries — “went from a couple of teeth missing to Hugh Jackman overnight.”

At least according to comedian David Spade. 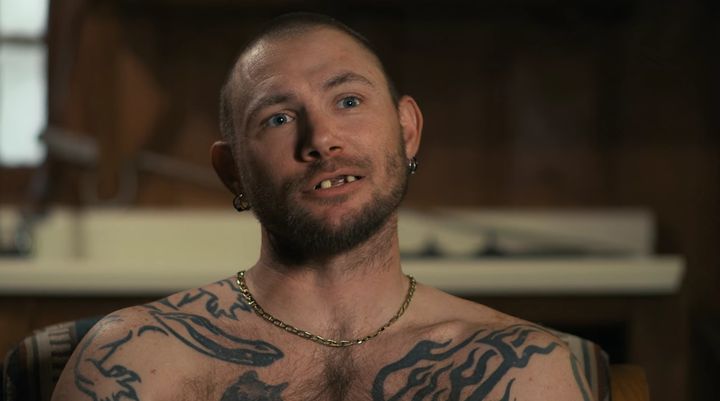 Last week, Finlay — whose smile was missing some pearly whites during the filming of “Tiger King” — decided to post a photo of his new teeth on his Facebook fan page.

“Yes I have my teeth fixed,” he wrote alongside the photo. “The producers of the Netflix series had video and pictures of this, but chose not to show it.”

Finlay discusses using meth in the docuseries, but his teeth were “messed up before that, due to genetic reasons,” according to TMZ.

“It was painful the first couple weeks, but after I got them fixed the right way, they were perfect,” Finlay told Spade on the comedian’s Comedy Central show, “Lights Out with David Spade,” Sunday.

Finlay said he got his teeth fixed in June 2019 and that the dental procedure was more painful than the 51 tattoos he has inked on his body.

Speaking of tattoos, his new teeth are not the only work Finlay has had done since filming of “Tiger King” wrapped.

Finlay told Spade he met G.W. Zoo’s Joseph Maldonado-Passage, aka Joe Exotic, in June 2003 after Finlay began working at his Oklahoma compound of 225 wild cats and other exotic creatures. (Finley notes that the reptiles, some of which were from Michael Jackson’s Neverland Ranch, were his favorite.)

They began dating and, in 2014, embarked on a three-way wedding ceremony with another staffer named Travis Maldonado — though Finlay maintains that he and Maldonado-Passage were never officially married. The nontraditional relationship did not last, however and Finlay left Maldonado-Passage for a woman.

Maldonado-Passage is serving a 22-year jail sentence for murder-for-hire and wildlife charges.

According to New York Magazine, during their relationship, Maldonado-Passage paid to have Finley get a pelvis tattoo that said, “PRIVATELY OWNED BY JOE EXOTIC.” Finley told Spade that he’s since had the tattoo covered up and he’s in the process of covering up other ones associated his with ex.

“[He is] completely out of my life,” Finley, who has moved on with a new woman, told Spade of Maldonado-Passage.