Gucci Beauty isn't afraid to cause a stir. When the brand relaunched under creative director Alessandro Michele last spring, it put out bold '80s style ads that not only showcased its beautiful new lipsticks, but model Dani Miller's imperfect teeth. The comments section was a mix of comments both trolling and praising the images, and almost a year later the brand launched its first-ever mascara, which once again had the internet divided.

One of the images in the new campaign for Gucci's Mascara L'Obscur features a close up on Miller's eyelashes, which are covered in a clumpy coat of mascara to the point of looking like spider legs. I'm personally extremely into it, but the comments are divisive. While there are tons of heart, prayer hand, and fire emojis, there are also comments accusing the brand of joking, telling it to "rethink the concept," and spider emojis galore.

‘It builds and builds, for eyes that are EVERYTHING.’ Debuting Gucci Mascara L’Obscur, the first mascara by @alessandro_michele starring in a new campaign shot by @martinparrstudio featuring Dani Miller @alienzarereal and makeup by @thomasdekluyver. An object of beauty and desire, the mascara features an ultra-rich creamy texture in one pure intense black shade, and a long-wearing finish of up to twelve hours. Available exclusively through link in bio. #GucciBeautyNetwork #GucciEyes #GucciBeauty @gucci #AlessandroMichele

Personally, I find Gucci to be one of the most interesting makeup brands in the current market. I love the subversive advertising paired with the traditionally feminine packaging, and it feels like the brand is actually doing something fresh and cool in an oversaturated space. I'm also obsessed with mascara, so I was excited to put L'Obscur to the test and see what all the fuss is about.

It's impossible to talk about Mascara L'Obscure without mentioning the packaging. The pink and gold is so beautiful and feminine, it's extremely heavy so it truly feels expensive, and I love the way the etched cap matches some of the lipstick cases. The brush is much smaller than I expected, with tiny rubber bristles and a pointed tip that's designed to grab the smallest lashes at the top and bottom corners of your eyes, which also lengthens and separates, so you can get a minimal look or really load it on.

“I designed Gucci Mascara L’Obscur for an authentic person who uses makeup to tell their story of freedom, in their way. We called it L’Obscur (meaning intensely dark) because this word balances charm and mystery," @alessandro_michele. Shop the new #GucciBeauty mascara on our Instagram Shopping or through link in bio. #AlessandroMichele @gucci #GucciBeautyNetwork #GucciEyes

Gucci's global makeup artist Thomas de Kluyver likes to use the brush to create two distinct looks, which he demonstrated on the brand's Instagram. For the Classic Look—traditional length and separation—he recommends holding the brush horizontally and sweeping it through your lashes.

For the punk rock–inspired Bold Look, start with the Classic Look before holding the brush vertically and loading product onto clumps of lashes. No matter which look you try, know that it will stay put. The brand claims its mascara wears for up to 12 hours and "is near impossible to smudge, flake, feather or migrate once dry."

Challenging the conventional makeup tutorial, presenting the Two-In-One Tutorials directed by @maxsiedentopf. Featuring Gucci Global Makeup Artist, @ThomasdeKluyver, the Two-In-One Tutorials teach handy skills, while giving useful tips on how to apply Gucci makeup in a personal way. The first tutorial shows how to apply Gucci Mascara L’Obscur for a ‘bold look’ and how to knit a sweater for a dog. Discover more through link in bio. @alessandro_michele #AlessandroMichele @gucci #GucciBeauty #GucciEyes

The second video from the Two-In-One Tutorial series with Gucci Mascara L’Obscur directed by @maxsiedentopf. Referencing the 80s aesthetic of irony, humour and playfulness, the set becomes a craft workshop where Gucci Global Makeup Artist, @ThomasdeKluyver, teaches makeup lovers how to achieve the ‘classic look’ with the new mascara and how to build a wooden cabinet. Discover more through link in bio. #GucciEyes @alessandro_michele #AlessandroMichele @gucci

I started with the "classic look," and applied a few coats, holding the brush horizontal as usual. It as easy to build up volume with no clumps, and my super short lashes touched my eyebrows, which never happens. I love the way it fans out my lashes so they look super full, and the tiny brush grabs every single lash so it looks like I'm blessed with Disney Princess level lashes. Despite being inky black, it didn't smudge or flake, and I got tons of compliments on my lashes, which again, never happens. 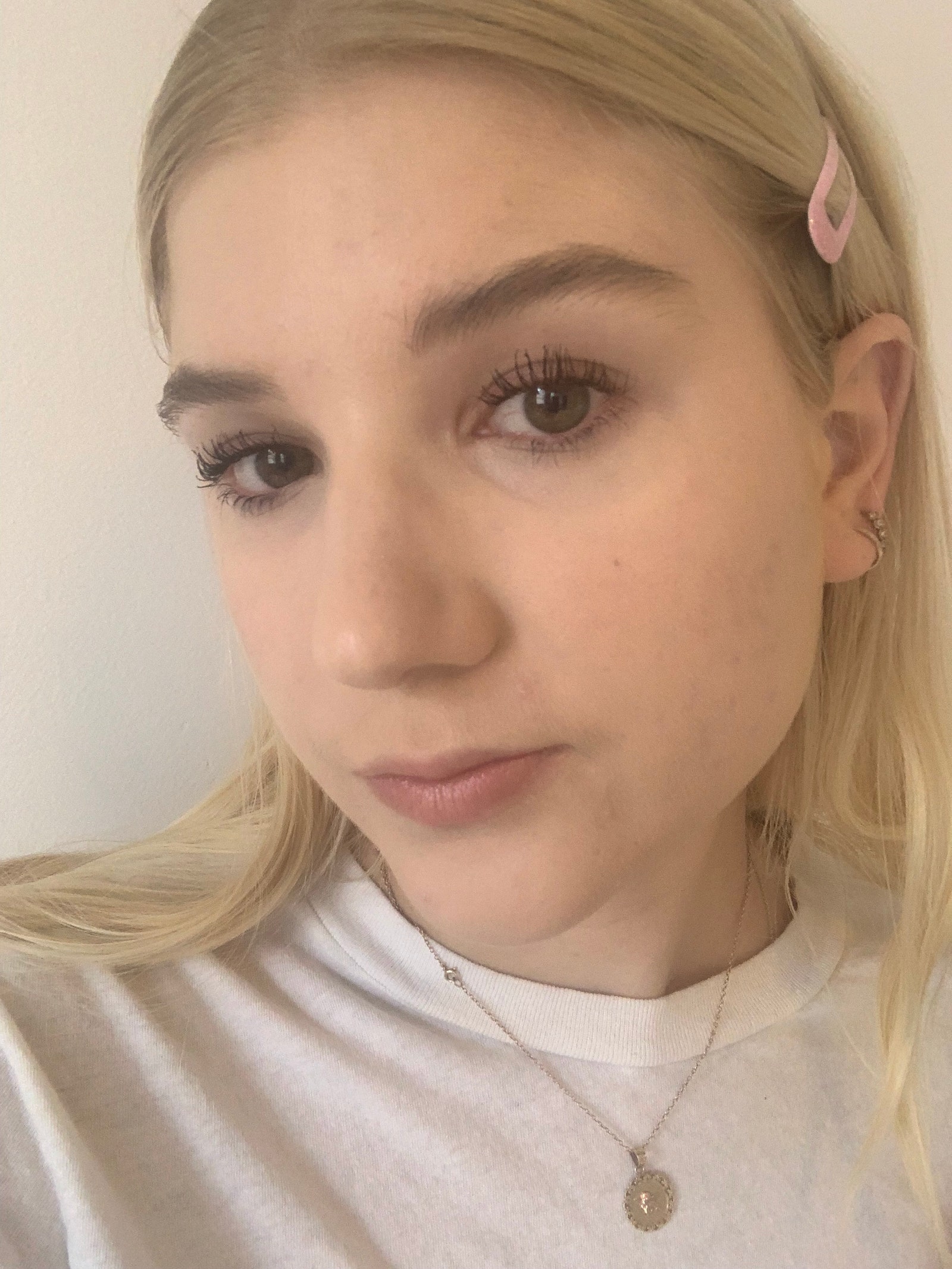 Considering how well it defined my lashes, I was skeptical I could achieve "the bold look" shown in the video, but it was really easy to get a cool, clumpy look. This one's a bit divisive, but I love how grungy and witchy it looks, while still emphasizing my eyes. I don't think I'll be rocking this every day, but it's nice to have the option, and I love that it pushed me out of my comfort zone. 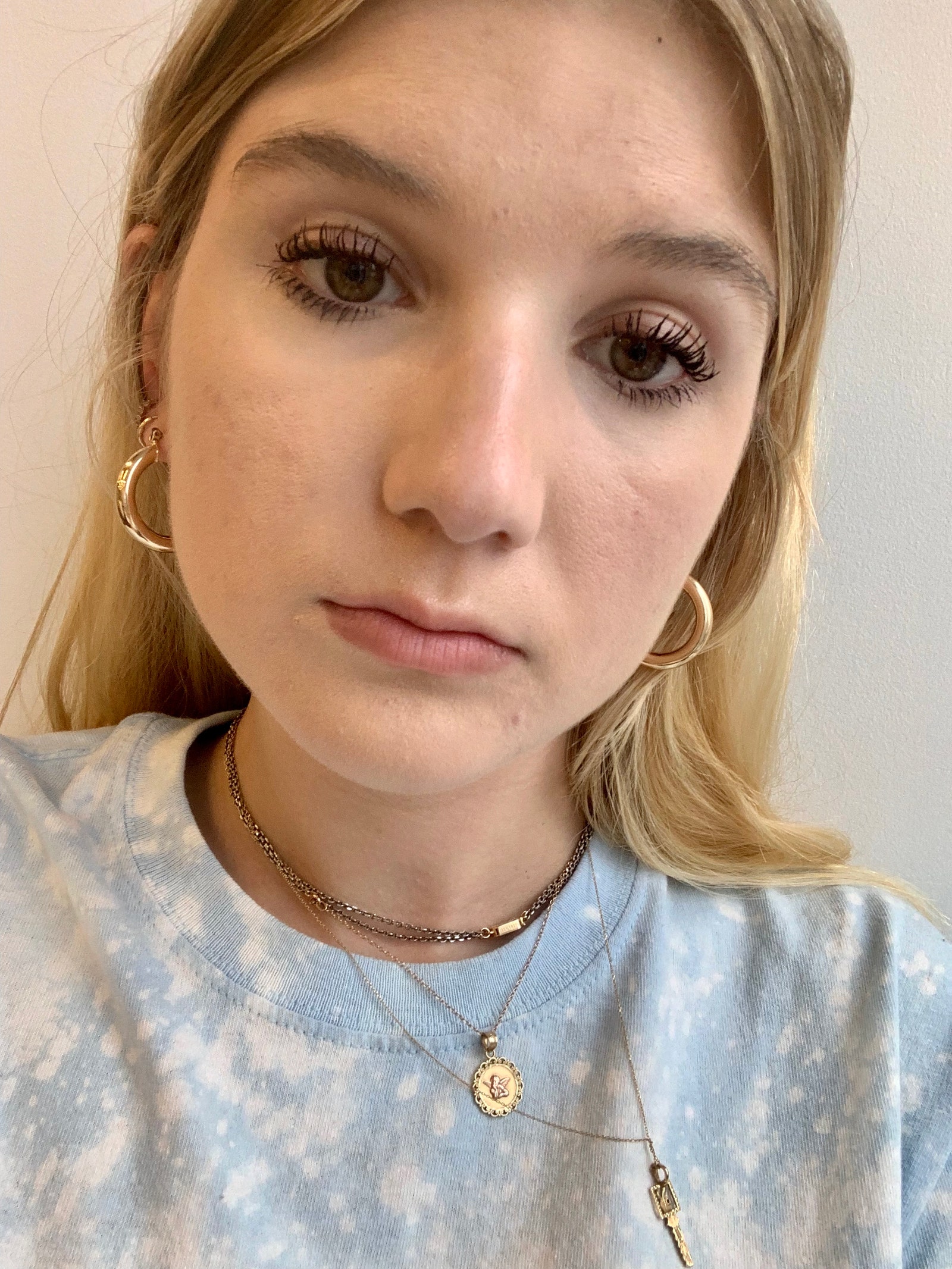 I generally say not to spend more than $12 on mascara, but Gucci changed my mind. I'm already dreading my tube running out. 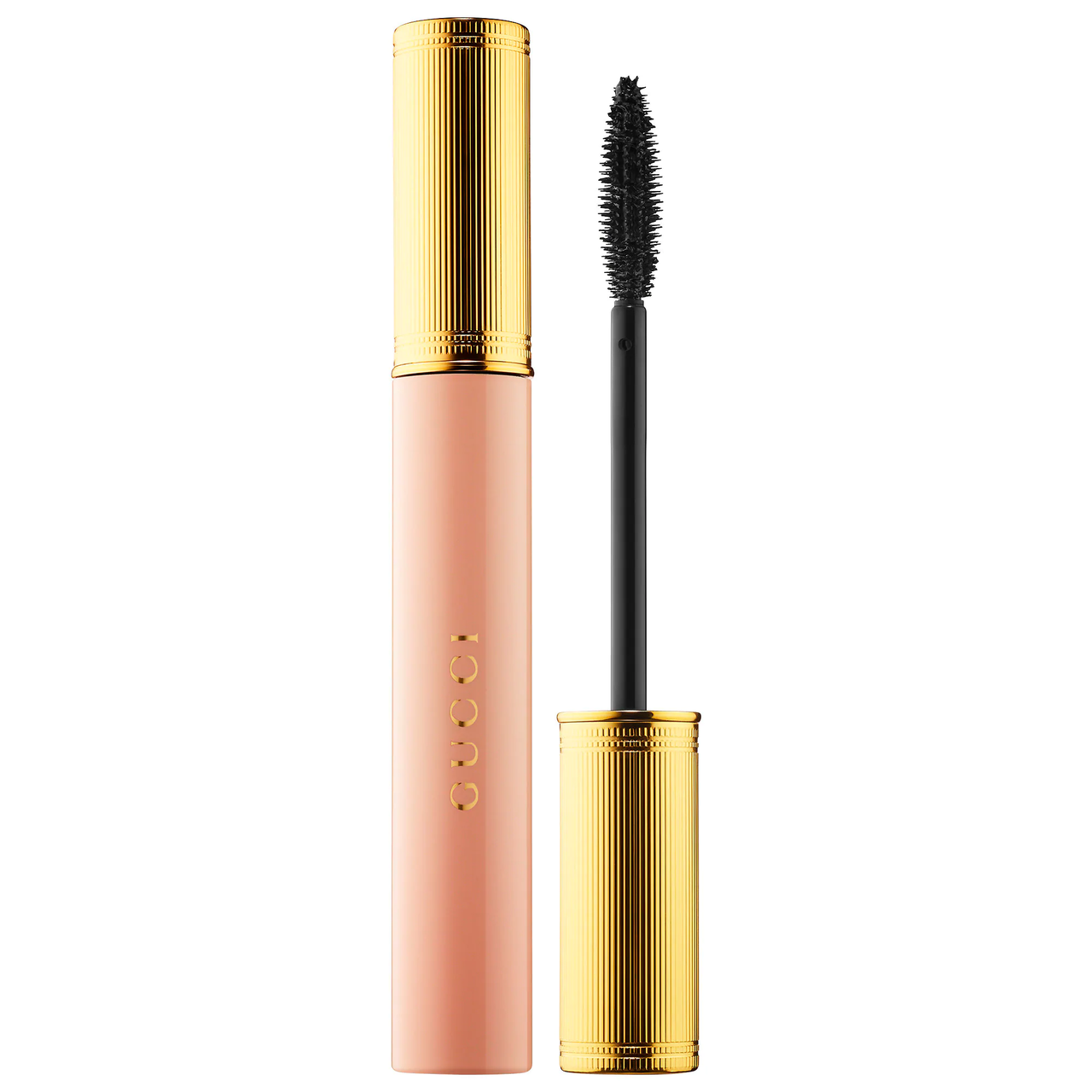