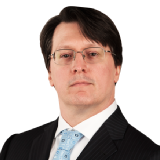 At first glance, cornhole seems like such an easy game. All you have to do is throw a beanbag at a slanted board that has a hole near the top of it. Hit enough of those throws to get to 21 points before your opponent and victory is yours.

Dominating the game in your backyard at your average Fourth of July cookout could bring to mind visions of becoming a professional cornhole player. How hard could it be? But if you think you have what it takes to compete at that level, it’s worth considering all of the elements you will have to master to take that next step. Maybe you’re destined to stay put in your neighborhood after all.

According to the American Cornhole League (ACL) rules, a cornhole board must meet a wide variety of standards before it can be approved for use in one of its tournaments. For instance, the board has to be made of wood (typically birch, oak or maple), must have a finished coat with a smooth texture and must weigh at least 15 pounds.

These parameters alone would preclude the use of a very high percentage of recreational boards, as most of those are made out of some form of particleboard and fail to meet the weight requirement. If a board is too light or flimsy, it will cause the bags to bounce when they hit and thus make it very difficult for players to land their throws accurately. Davis Streker and Rob Chismark, owners of the board and bag supplier Board Men Cornhole, might have put it best when they said, “The best types of boards are so sturdy that they feel like they are part of the earth.”

The typical recreational cornhole bag is composed of only one type of material, can vary greatly in size depending on where it is purchased and is often filled with either corn or rocks. Professional-caliber cornhole bags, however, have to meet stringent size and weight requirements and must be filled with plastic resin. But the biggest difference between these bags and the recreational variety is that professional bags are almost always composed of two types of materials. The most common setup for a pro-level bag has what is considered a “sticky” material on one side and a “slick” material on the other.

The sticky material is almost always made of some form of microfiber suede and tends to catch the board upon contact and not slide very far from where it initially hits. Suede works so well at doing this that bag manufacturers haven’t produced many major changes to microfiber suede technology over the years.

The same cannot be said for the slick side, as manufacturers have put together a vast array of material types over the past few years in an effort to differentiate their products. Some use combinations of microfiber suede and synthetic twill canvas, while others use brushed cotton twill or polyester duck canvas. Companies go even further in their upper-tier bag models, using proprietary synthetic materials that offer what is touted as a perfect combination of speed and control.

Cornhole throwing motions are somewhat akin to pitching motions in that there are myriad subtle differences to every player’s motion to make each of them somewhat unique. Having said that, throwing motions can basically be broken down into three categories.

The first is step or no step. Step players take one step forward while throwing. The aim of this approach is to get more power behind the throws, but the act of stepping forces steppers to trade some accuracy for that power. No-steppers will tend to be more accurate, but they have to find other ways besides forward momentum to generate power on their throws.

Then there’s arm trajectory. There are two main variants here — the flick and the windmill. The flick motion is when cornhole players flick their wrist forward to generate power. In a windmill motion, the player brings the bag forward with an upward-arcing arm motion. Flick throws tend to be more accurate than windmill throws but also tend to generate less power.

“Cornhole is really a game of accuracy provided by muscle memory,” said Christine Papcke, the world’s highest-rated female cornhole player. “Any throwing motion can give you elite accuracy as long as you practice it often enough to get the muscle memory down.”

Regardless of the motion, there are four types of throws in cornhole. The first three are of the offensive variety, and the last one is played in defense.

A block, however, is when a player aims to place a bag as close to the hole as possible without putting it into the hole. When done correctly, this will block your opponent from easily placing his or her bag into the hole, hence the name.

Blocking is easier to master than sliding or pushing because it mostly relies on landing a bag in a particular area to block the other player’s throws. It can force slide/push players to use their throws to knock your bags into the hole while hopefully also leaving their bags outside of the hole. That can take away the slide/push player’s biggest strength, and since slide/push players rely on angles and momentum as their primary strategy, they usually aren’t as good at throwing the airmails, which are the most effective counter to the blocking tactic.

The biggest downside to blocking is that it’s more difficult to rely on as a tournament progresses. After many games, a cornhole board starts to become stickier because of humidity. Moisture and hand oils that build up on bags get transferred to the board.

In the early part of a tournament, these elements aren’t much of an issue, so the accuracy circle a blocker has to hit to put a throw in a favorable position is fairly large. As the moisture starts accumulating as more games pass, though, the sticky side of a bag will grip much faster than usual, shrinking the accuracy circle and thus forcing the blocker to make ever more accurate throws. Blockers can aim to work around this by throwing their bags even harder than usual, but that requires a change in throwing motion that goes against the learned muscle memory that got the player to this point of the competition in the first place.

Sliding and pushing are harder to master because those styles rely as much on angles and trajectory as they do on accuracy. The extra effort this requires is time well spent, as good cornhole sliders can nullify the blocker’s advantage by sliding bags around the blocks or getting enough force on their throws to put both their bag and the blocker’s bag into the hole.

The upside for the sliding/pushing strategy is that the improvements in slide-side bag technology mean sliding/pushing can be relied upon over the course of the tournament.

This is part of why Papcke has reached the top of the women’s division. She relies so heavily on the sliding/pushing strategy that her bags have two slick sides, one of which is duck cloth and the other of which is All-Cornhole’s Slide-Rite. Papcke uses the duck cloth side early in a tournament, but once the boards start to become stickier, she switches to the much slicker Slide-Rite side. This approach lessens her concern about the state of the board impacting her play, and thus helps her use the same throwing motion every time.

Sure seems a little more complicated than just tossing bags in the backyard, huh?