Sony Music’s corporate headquarters in New York has expanded its investigation into the workplace culture at the recording label’s Australian office and engaged an external counsel.

Last week The Sun-Herald revealed Sony Music’s global head of human resources Andrew Davis had begun a confidential investigation into the culture at Sony Music Australia following a complaint made by a staff member at the Sydney office.

Now the company has engaged an external counsel that is independent of Sony Music Australia to conduct the investigation on Sony’s behalf.

In a memo sent to staff, seen by The Sun-Herald, Mr Davis said the company was taking all allegations seriously and looking into recent complaints.

“I want to reiterate that Sony Music does not tolerate harassment, bullying or discrimination in any part of the company,” Mr Davis wrote.

“We take seriously and look into all allegations brought to us and have been looking into recent complaints. Given our ongoing inquiries, we are limited in what we can share at this time.

“That said, we are committed to ensuring your workplace is safe and free from unacceptable behaviour.”

Mr Davis also urged staff to raise any concerns via an anonymous hotline. 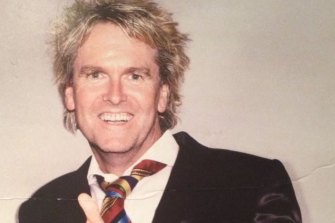 Former Sony Music Australia executive Tony Glover has been sacked after an investigation found he had bullied and harassed staff.Credit:Facebook

In April, Sony Music Australia sacked Tony Glover, its vice president of commercial music, after an investigation found he had bullied and harassed multiple staff members.

Sony engaged a senior counsel to undertake that investigation which took nearly two months to complete.

A spokeswoman for Sony Music in the US declined to comment for this story.

Since Mr Glover’s dismissal multiple former and current staff at Sony Music Australia have contacted The Sun-Herald to speak about their experience working for the company, alleging bullying, harassment and discrimination.

One former staff member who is involved in the investigation and asked to remain anonymous in order to speak freely said she was cautiously optimistic about the investigation but had doubts as to whether it would result in change.

“I’m nervous that a local counsel has been appointed to head up the investigation,” the former staff member said. “This is a global issue for Sony Music, it always has been. Sony Music needs to commit to positive change on a global level, they need to stay accountable and focus every effort into supporting victims.”

When the initial complaint was made Sony’s global head of human resources was contacting former and current staff members directly. These staff members then contacted their colleagues to encourage them to speak to him. Now those complaints are being forwarded to the external counsel to consider.

It is unclear whether Sony Music Australia’s own Human Resources department is involved in the investigation. Staff who have spoken to The Sun-Herald say there is a lack of confidence in the existing local Human Resources structure which they feel is more protective of the company than the staff.

There is widespread speculation that Sony Music Australia and New Zealand chief executive Denis Handlin might leave the company where he has worked for more than 50 years.

The spokeswoman for Sony Music declined to comment. The Sun-Herald isn’t suggesting Mr Handlin is accused of any wrongdoing or is involved or implicated in any of the allegations being investigated.