There are a lot of things I don't miss about being a teenager: My chemistry teacher's sarcasm, basketball practice, the challenge of sitting in a school hallway in extra-low-cut Frankie B. jeans (it was 2004), curfews. There’s another thing, however, that I'd like to add to that list—that’s somehow lingered with me well into adulthood. And that's acne.

Here’s the thing: I honestly feel like I don’t have an excuse for adult acne. I’ve been working as a beauty editor since I graduated college, and with this job I have access to the best skin-care products and pros in the world. I get regular peels. I do light laser treatments. I’ve been prescribed multiple rounds of antibiotics. I take Spironolactone, a mild blood-pressure medication that’s prescribed off-label for acne, since it suppresses androgens. But—aside from the seven blissful years when I took a combined oral contraceptive pill that gave me The Clearest Skin Ever—I’ve always broken out. (The pill also gave me a blood clot, so relying on it for my skin is no longer an option. Cool!)

As a result, I’m always in some way working to prevent a fiasco with my at-home skin-care routine. I exfoliate every night with Lancer The Method: Polish Blemish Control, which has purifying tea tree oil, before cleansing. I use Skinceuticals Phyto Corrective Gel to control breakout-related inflammation. And I alternate between Tammy Fender Purifying Luculent Masque and Eminence Hungarian Herbal Mud Treatment once a week to keep my pores clear. I even do this thing where I wash my face after shampooing and conditioning my hair because I’m paranoid the fragrance and ingredients like silicones in hair products is yet another trigger. All of it combined keeps my breakouts mostly under control, but I still deal with more pimples than I’m cool with—on my cheeks, chin, back. It’s getting old. 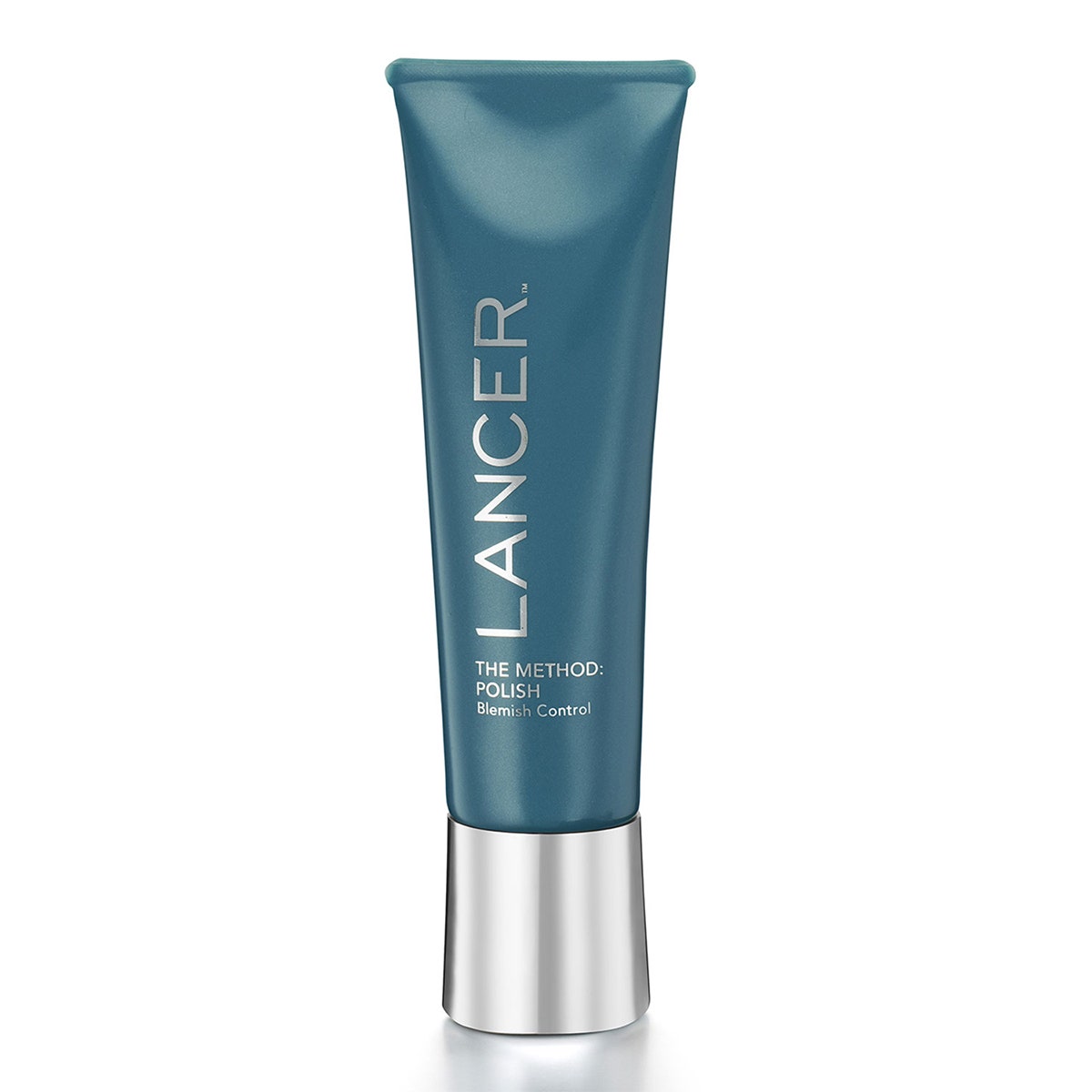 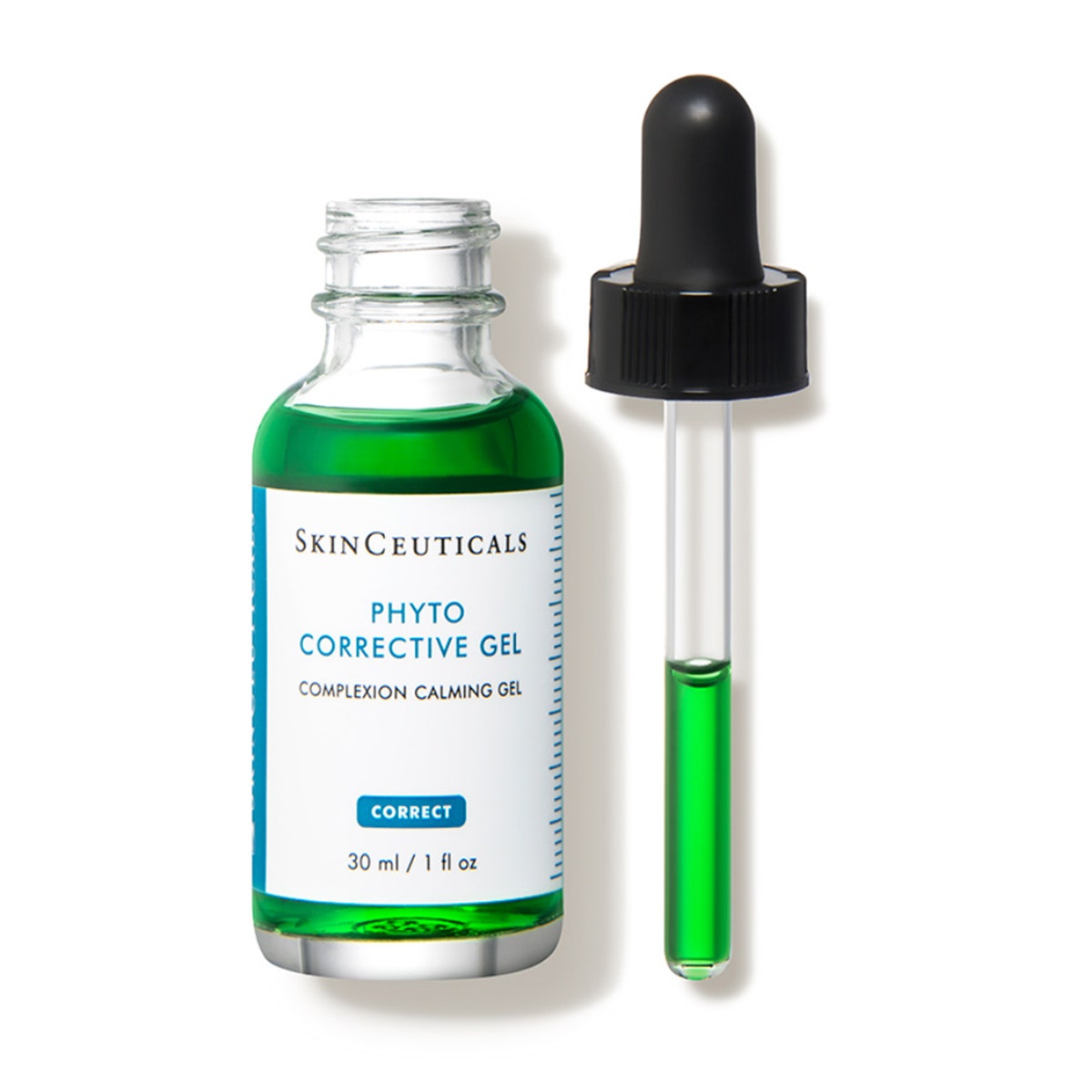 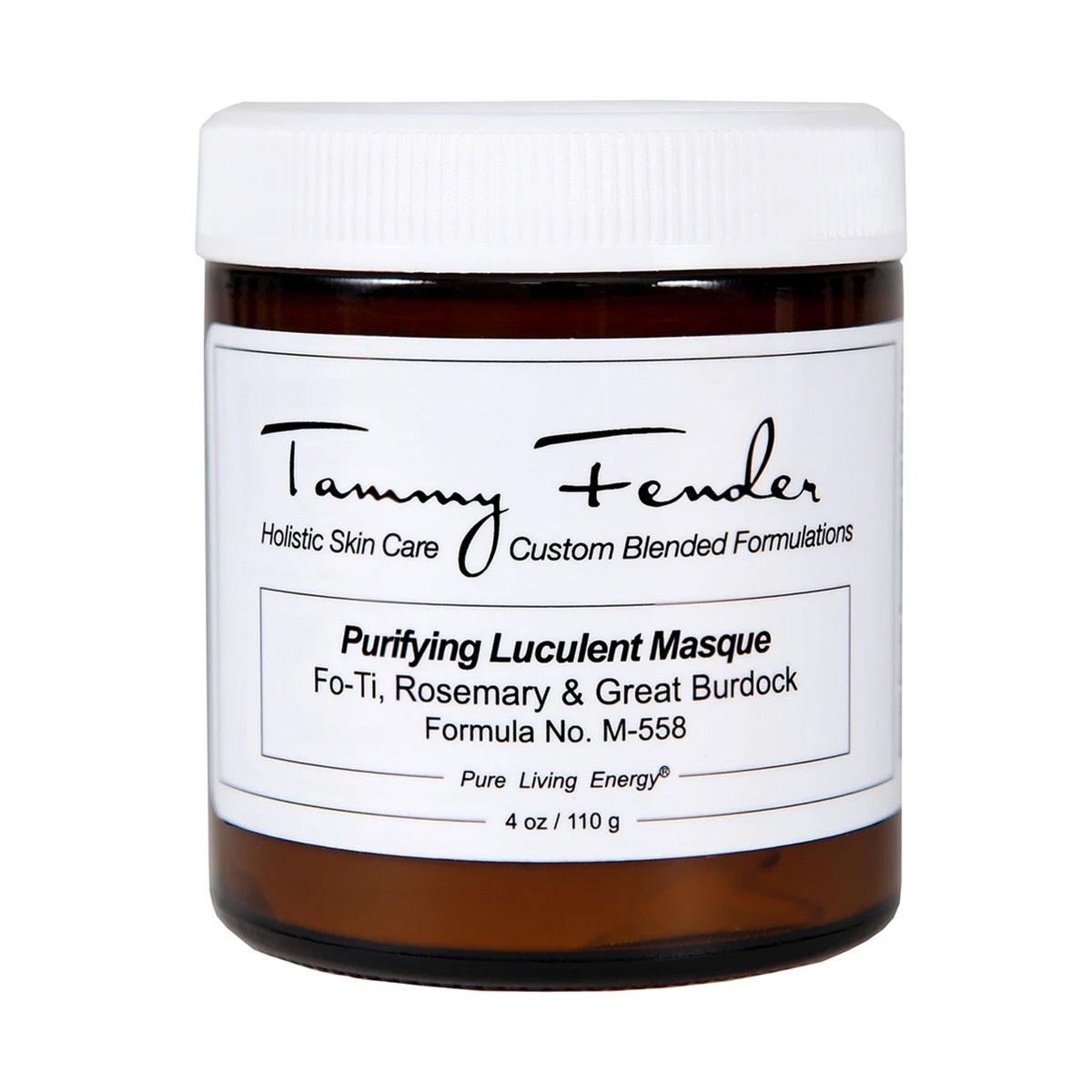 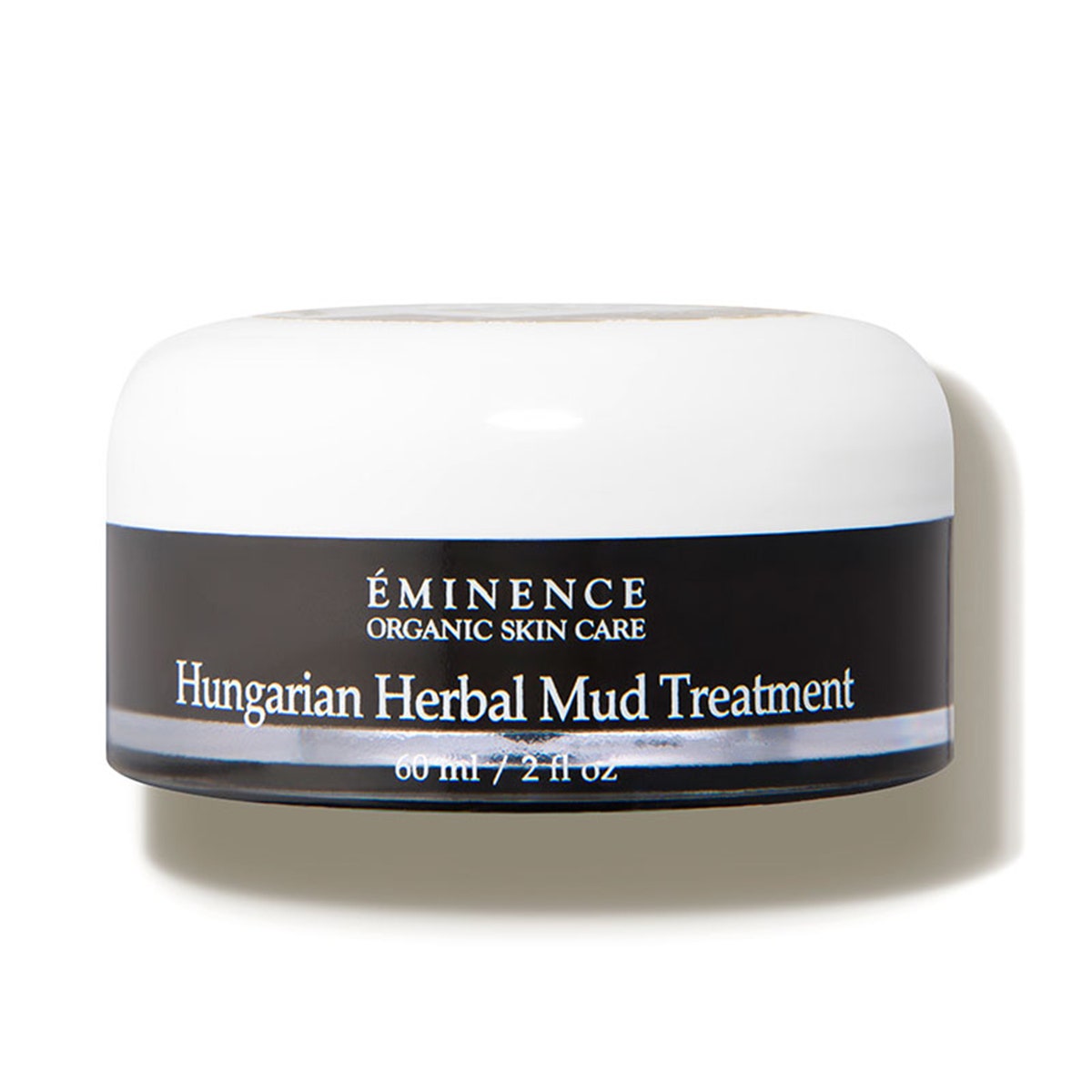 And it turns out, I’m not alone. Adult acne (the kind that occurs in women 26 and above) haunts many of my closest friends—and, to varying degrees, effs up their lives. In fact, a 2018 review found that anywhere between 12% to 22% of women ages 26 to 44 have acne, which is significantly higher than that of men in the same age bracket (around 3%).

“I’m the perfect candidate for your story,” my friend Laura joked when I mentioned I was working on a piece about adult acne. She’s taken Accutane twice, and still relies on Spironolactone, like me, to minimize breakouts. “I was getting cystic acne—it wasn’t all over my face but I’d have two or three large cysts at a time. I will never forget when I met my husband’s family and I had two huge zits on my chin and cheek; I was so embarrassed,” she told me on the phone. “I had already been on Accutane once at that point. I was 35 or 36 at the time and I was like, ‘Why am I 35 and still getting acne?’ I assumed that I should have normal clear skin. I wanted that. But even after the second round of Accutane, I still got occasional cysts—they’re just embarrassing and huge—so I started taking Spironolactone. It helps a lot.”

Then there’s my friend Sarah, who is dealing with acne for the first time in her life. “I’m beside myself,” she told me in an email. “I NEVER broke out as a teenager, but now that I’m an adult and experience real stress, I do. I feel like I’m too old to have zits, and I get really embarrassed. I’ve definitely canceled plans because of a breakout.” Same, girl.

My college roommate Eve, on the other hand, has more or less accepted zits as a part of life. “As a teenager they made me a bit depressed, but I’m less self-conscious about my skin now,” she says. “I like to focus on the overall condition of my skin. But it does take longer to get ready if I have to cover pimples up.” Whether you’re cool with your acne or not, spending extra time covering up your zits is yet another thing we don’t need in our lives.

That zit cream in your 30's life. At least I'm not going on the Tonight Show later today. 🙄

Why Am I Still Breaking Out?

So, what's causing this uptick in adult acne for women? The truth is, the answer isn't completely clear. "Unfortunately, we don't totally understand the difference in the cause of acne in teens versus adult acne," New York City dermatologist Joshua Zeichner, M.D., says. "The main causes of acne are oil, acne-causing bacteria on your skin, sticky skin cells blocking your pores, and inflammation. Hormonal fluctuations, stress, and diet all likely play a role as well.” One potential difference: “Where you’re a teenager, your hormones are naturally fluctuating and you can’t control it,” says Jordana Mattioli, a medical esthetician in NYC. “But when you’re an adult your hormones are fluctuating because of things like inflammation and stress.”

To clarify here, there's a difference between the occasional breakout and persistent adult acne. If you've got a few zits popping up here and there, the culprit may be easier to identify: It could be anything from over-exfoliating to the hair products you use to your pillowcase. We broke down a whole list of reasons you might be breaking out that's worth a look if that's the case for you. But if you do have chronic acne that never seems to go away, that's where it gets more complicated.

The good news: Derms are constantly discovering new ways to treat adult acne. There’s a lot of research underway about how the microbiome—the massive colony of bacteria and organisms that live on our skin (gross, I know, but also kind of cool)—might affect skin conditions like acne and rosacea. Differin launched the first ever over-the-counter topical retinoid a few years ago—and it's less than $15. And we’ve come a long way from the old-school method of dehydrating your face and using only “oil free” in an effort to keep skin smooth. Below, Zeichner and Mattioli share their top tips on the best, most up-to-date approaches to dealing with acne as a grown-up. Read them, try them, and know this: It's not just you.

Indulging in over-the-top skin care is something I’m personally guilty of. I mean, is there anything better than slathering your skin in a rich, yummy cream right before bed and binging on Netflix? Good skin care makes up for lack of sleep, right? “Once women hit their mid 20s, many start buying anti-aging products, but the majority are too rich for their skin type,” says Mattioli. “They’re designed for mature skin that doesn’t produce as much oil as it used to.” Whoops. Instead, she says you'll want to swap in a lightweight moisturizer that won't clog your pores. One worth trying? This gel-cream from Belif that seriously packs a punch. 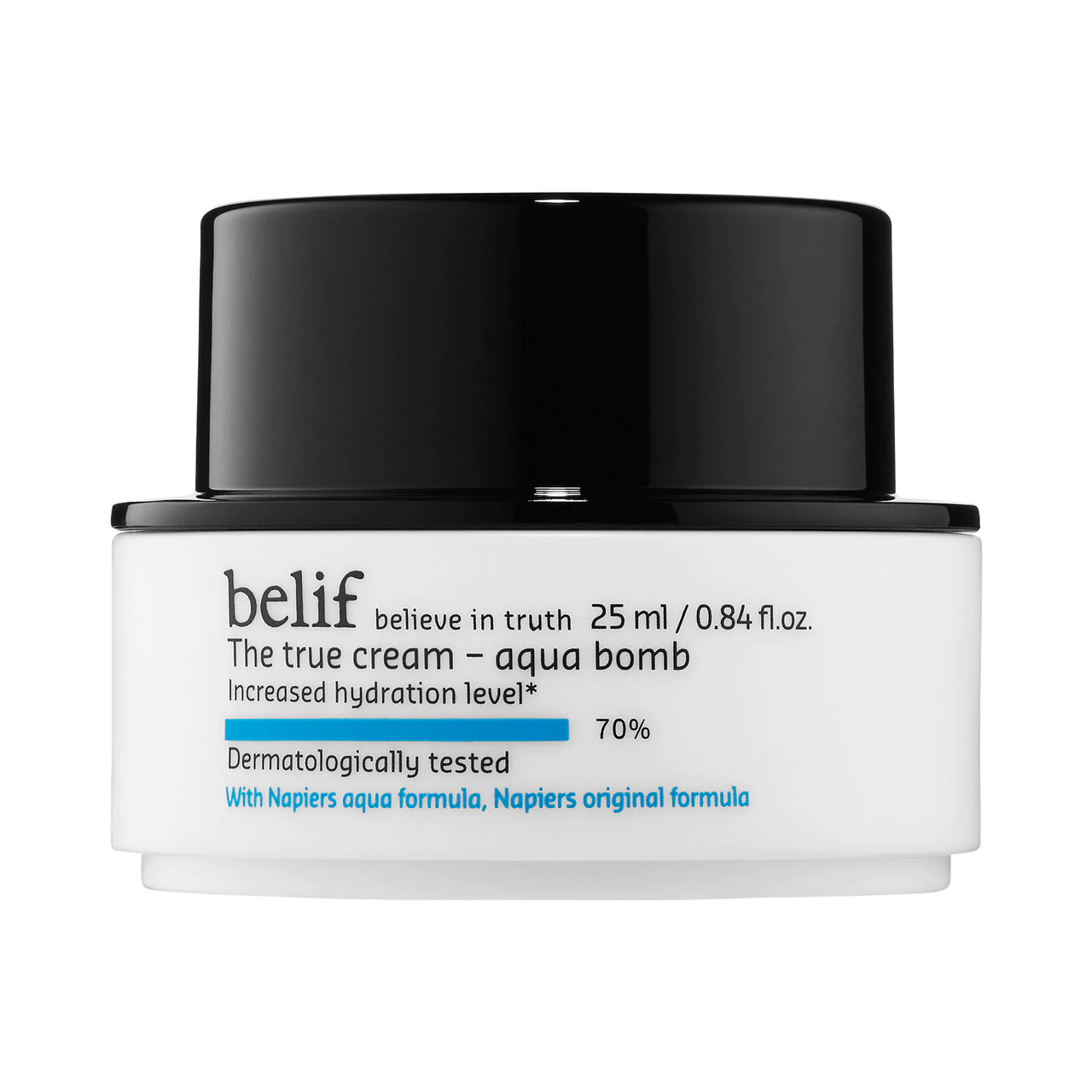 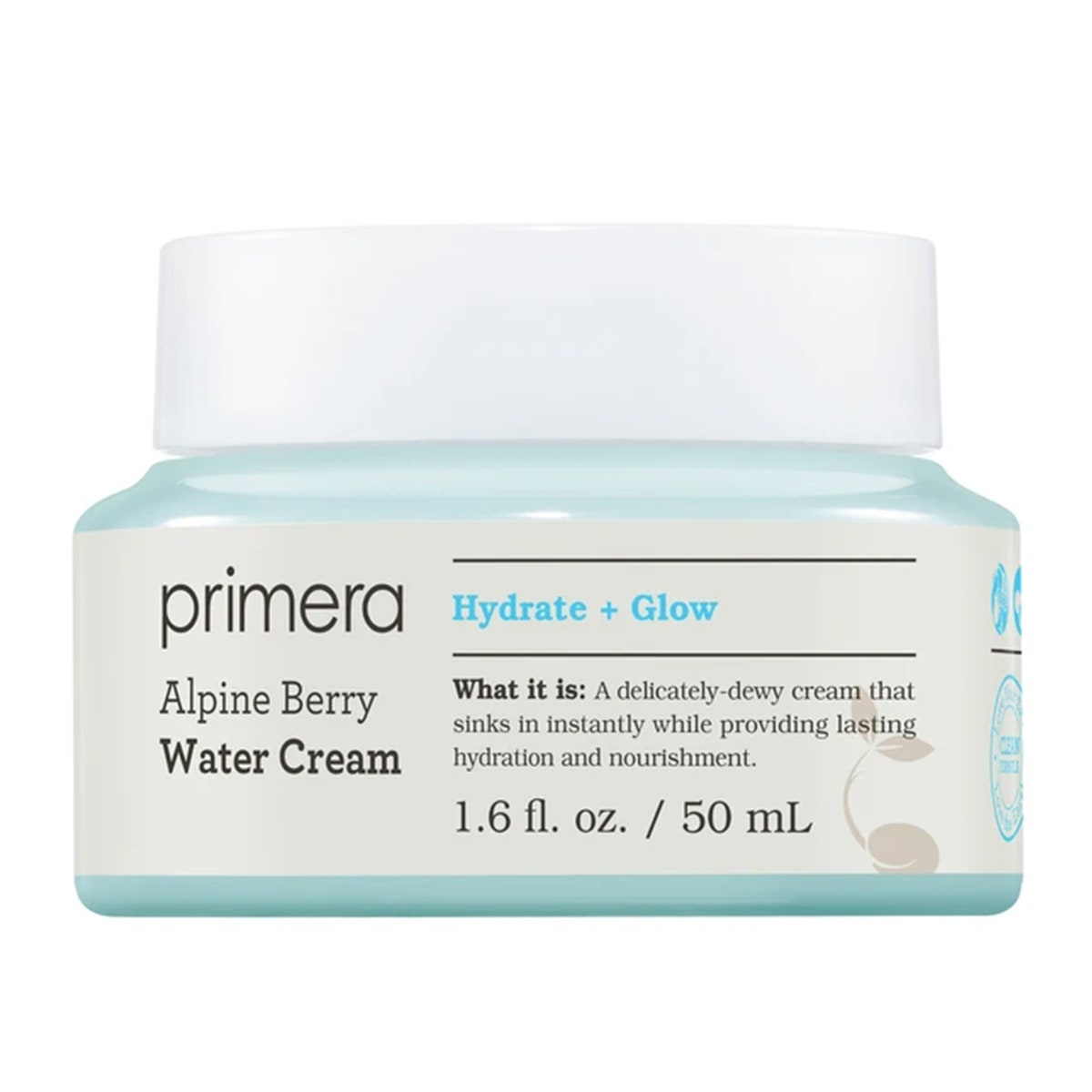 Heard of multimasking? You can do the same thing with your skin care products, Mattioli says. In other words, if your skin isn’t dry on your forehead, go ahead and skimp a little on moisturizer there. “I’ve been dealing with acne my entire life, and if I don’t keep it under control, I will be a breakout mess,” she says. “I only moisturize where I need it.”

Layering a 10% benzoyl peroxide acne treatment all over your face may seem like a great idea—and you might actually wake up with clear(er) skin. But you’ll likely also be incredibly inflamed. “More is not always better, especially with acne,” Zeichner says. “Higher concentrations of ingredients like benzoyl peroxide have been shown in studies to be no better, but certainly more irritating, than lower concentrations.” Kate Somerville's Anti Bac Clearing Lotion, for example, is far more gentle at 5%.

Consider what type of acne you have: Do you have scary red bumps? If so, it’s likely bacteria causing the inflammation and you’ll need something that combats it, Mattioli says. “Benzoyl peroxide kills acne-causing bacteria and reduces inflammation,” Zeichner says. Our pick? Try Paula's Choice Clear Daily Skin Clearing Treatment. If you have blackheads and whiteheads, on the other hand, you’ll want something with salicylic acid (which comes in 1% to 2% formulations), like this super-affordable one from The Ordinary that's only $12. “It helps remove excess oil and exfoliates dead cells from the skin’s surface,” Zeichner says. 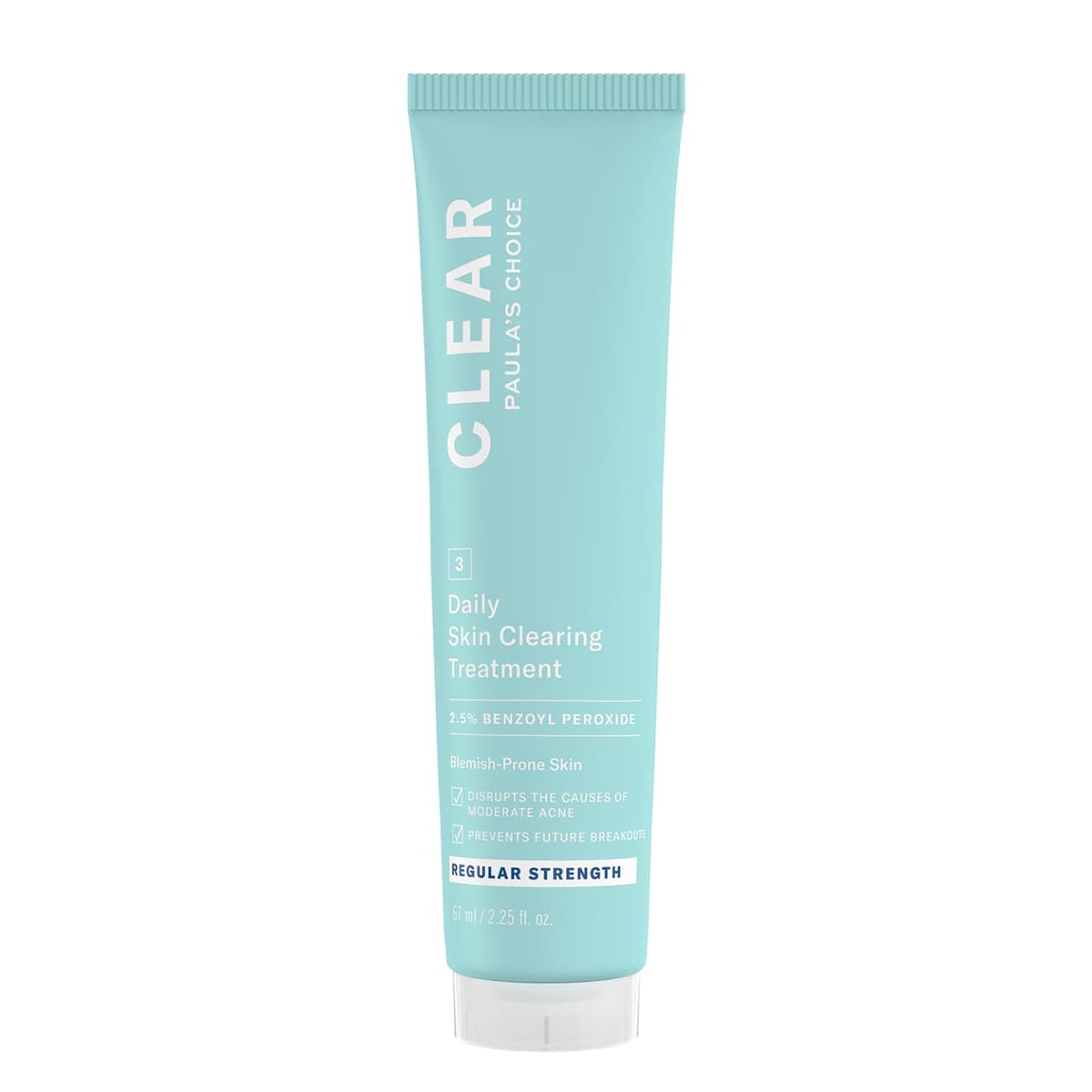 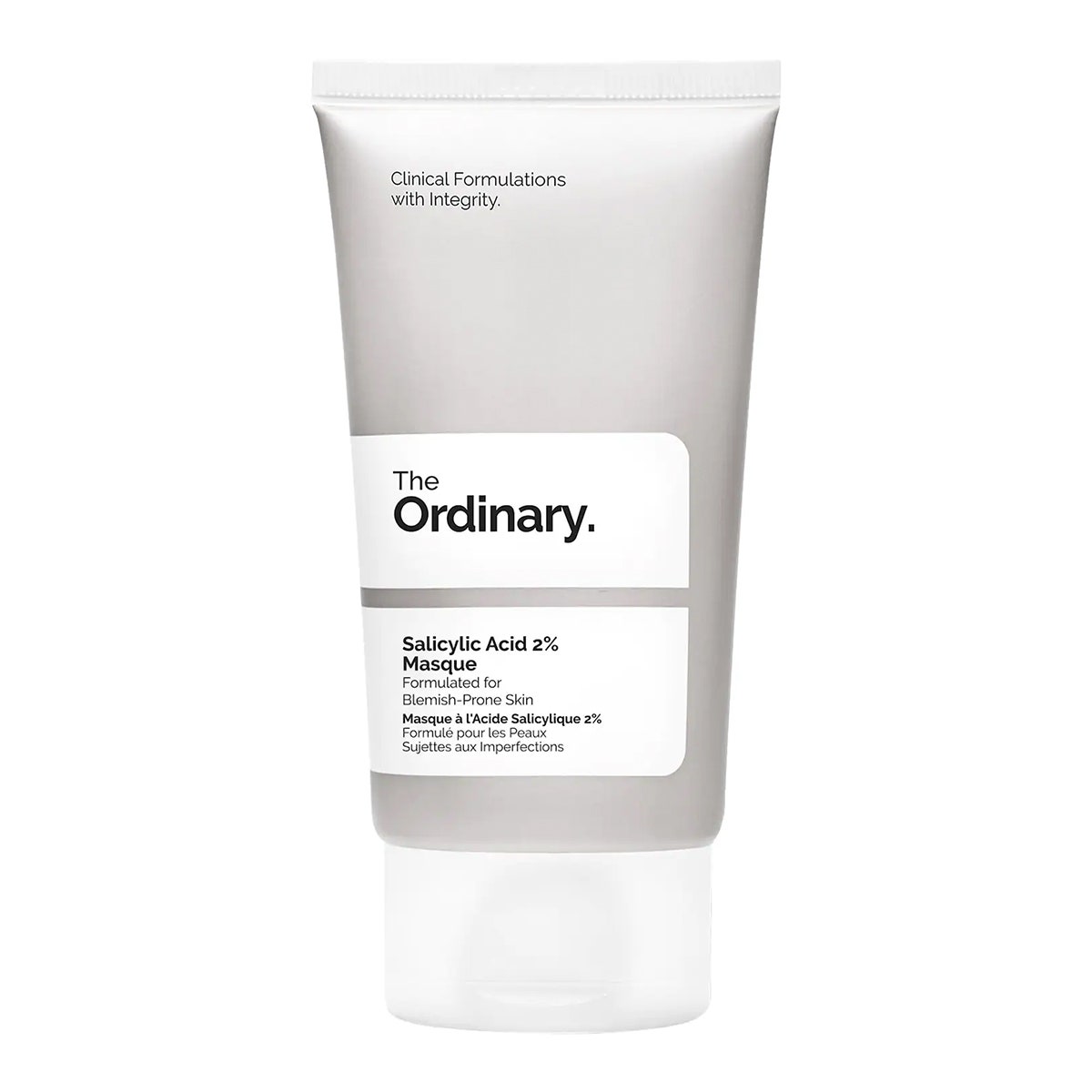 Mae West might have quipped that “too much of a good thing can be wonderful,” but that philosophy shouldn’t apply to your acne-treatment game plan. “Applying too many products and washing your face too often causes more harm than good,” Zeichner says.

“Dietary factors like high glycemic index foods have been shown to aggravate acne in predisposed people,” Zeichner says. “The increased sugar load promotes inflammation that in turn leads to breakouts.” Mattioli recommends cutting back on processed sugary foods in favor of anti-inflammatory options like wild fish, nuts, and fresh fruits, and sticking with organic, hormone-free meat and dairy.

Seriously. Most of my friends listed stress high on the list as the cause of their breakouts, and it’s true: Crazy amounts of stress do indeed affect your hormones. “Stress causes hormonal fluctuation that increases oil production and leads to acne breakouts,” Zeichner says. “Anything you can do to minimize stress—yoga, meditation—can help.”

It used to be that you needed an appointment for an LED light treatment—or you could try the smaller at-home lights that take 45 minutes to treat your face. Dr. Dennis Gross has a futuristic at-home version called SpectraLite FaceWare Pro. “Red light has been shown to be anti-inflammatory while blue light kills acne-causing bacteria,” Zeichner says. Just make sure to keep your eyes protected. 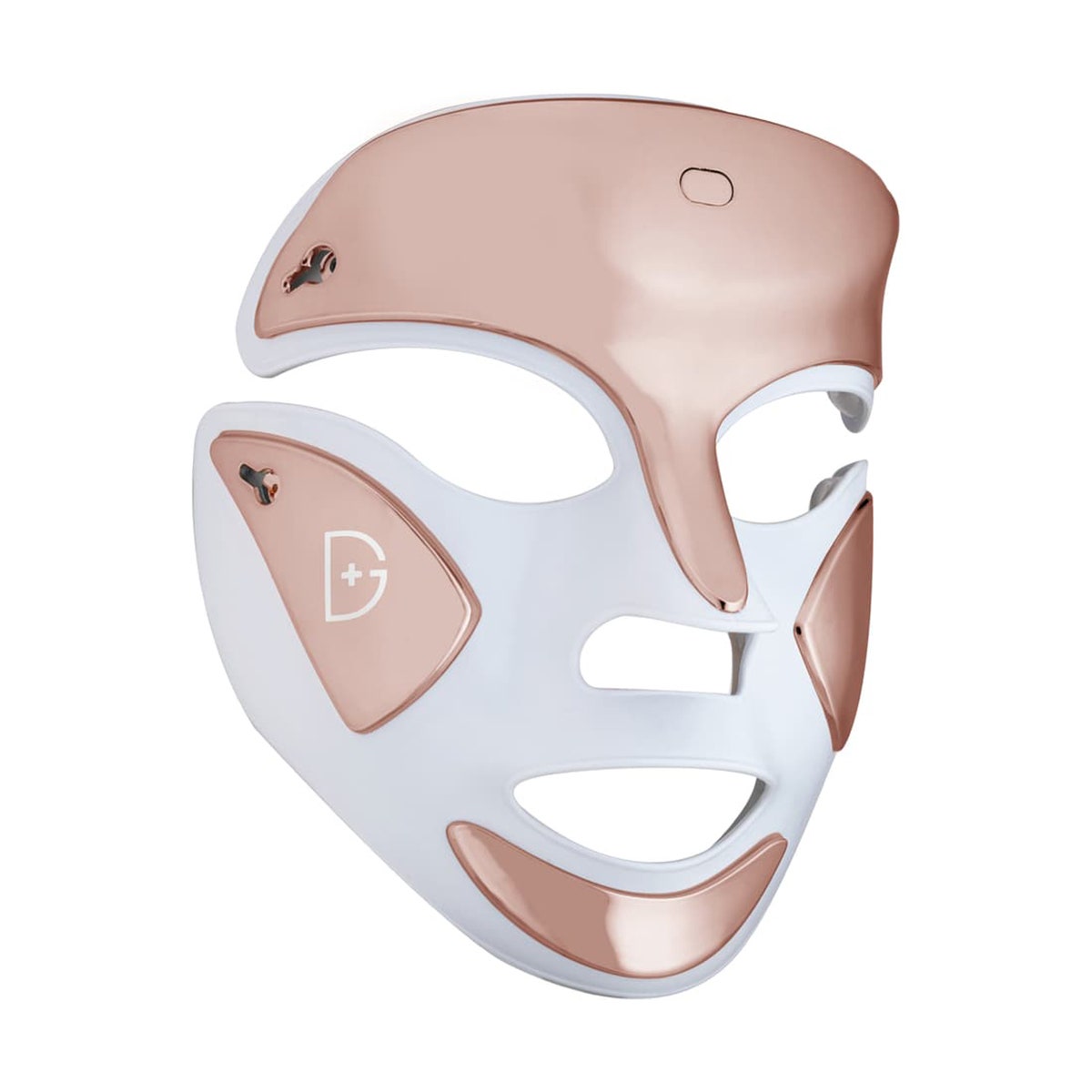 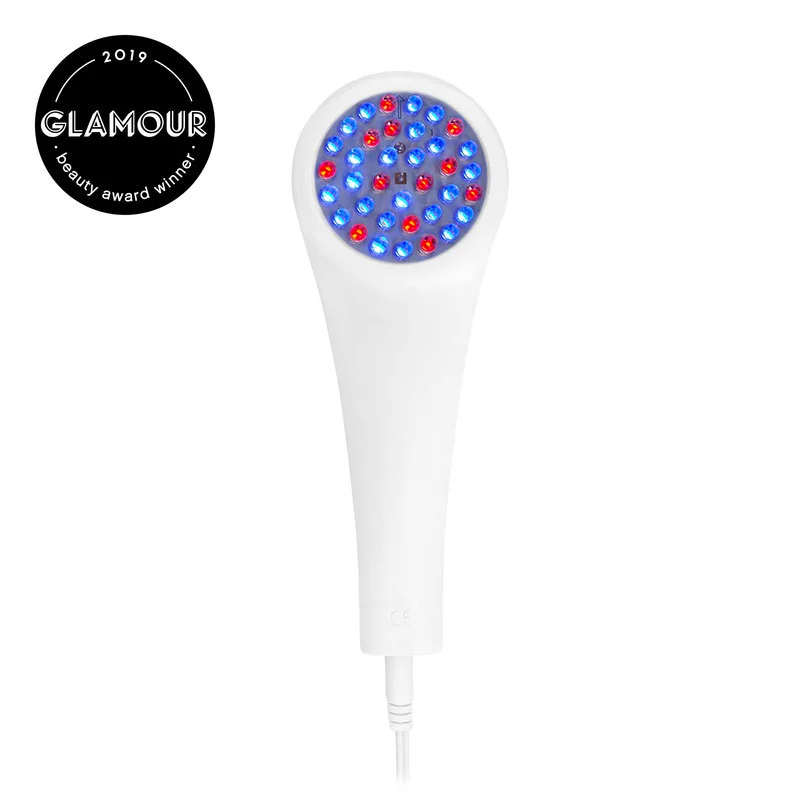 As tempting as it is to try to be your own esthetician in your bathroom, you must fight every single urge to squeeze. “Acne in adult women tends to be angry, underground pimples.” Zeichner says. “They are inflamed and cannot be easily opened by picking. It leads to more harm than good, a disrupted skin barrier, inflammation, and potential scarring.”

If you’ve tried everything and you’re still breaking out, get thee to a dermatologist. Zeichner’s go-to solutions for adult acne in women: Aczone, an anti-inflammatory gel that “clears pimples while causing almost zero irritation,” and Spironolactone (my personal favorite).

Katheryn Erickson is a writer in Connecticut and former beauty writer for Glamour. Follow her on Instagram @kateeerickson.