With a gob-smacking career that has netted more than 30 million album sales, countless music awards, and a successful film and television career, Curtis “50 Cent” Jackson is nothing if not the epitome of an American success story. Born and raised in Queens, N.Y., 50 Cent never knew his father and lost his mother when he was just 8 years old, according to The Big Issue. Then, in 2000, he was infamously shot nine times — and survived (though to this day, he talks with a clenched jaw because of the injuries he suffered).

Yet, despite everything that life had to throw him, Fif not only survived, but thrived, and became an example of how the sheer force of will can triumph over any adversity. But what most people don’t know? A certain rapper played a pivotal role in making 50 Cent a success in his early days. Keep reading to find out who. 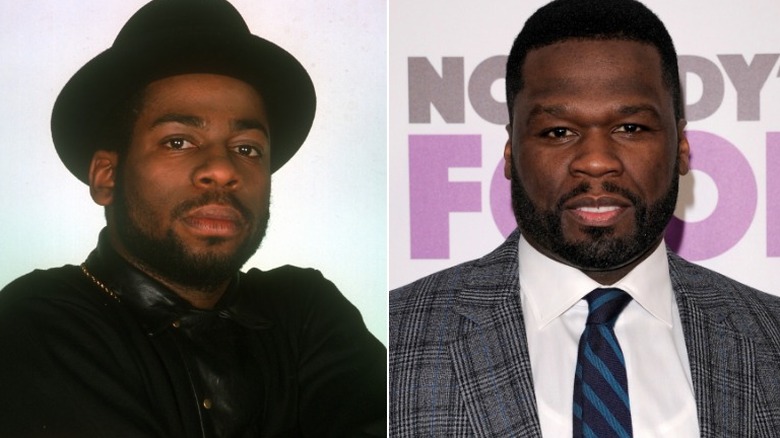 The name “Jam Master Jay” may not ring any bells to the casual hip-hop fan, but to die-hard “heads,” he’s a legend. Jam Master Jay was the DJ in the influential group, Run-DMC, and his murder in 2002 shocked the world. Jay’s death happened to coincide with Fif’s meteoric rise to fame — and that led many people to discover that it was Jam Master Jay, himself, who helped 50 Cent get his big break. In 1998, Jay’s connections got Fif on the Onyx track, “React,” and Jay also produced Fif’s first album (which would remain unreleased).

In 2015, 50 Cent acknowledged Jam Master Jay’s influence in a piece for The Big Issue. “I started writing lyrics full time in 1997. I met Jam Master Jay from Run D.M.C. and he had his label, which would take people on and develop them until they were ready to go to a major,” he said. “[Jam Master] Jay taught me how to count bars – and when the chorus should start and stop. And I kept [practicing].” He added, “Sometimes hard work beats talent.”

But that wasn’t the only skill 50 Cent picked up from Jay. “I learned to market myself, like Jay had done,” he told the New York Daily News in 2009. “A lot of the major labels and companies were ignoring me because they were only looking at my street life. It makes me rub it in now. Right in their faces.”