Dani and Jamie don’t necessarily have a happy ending 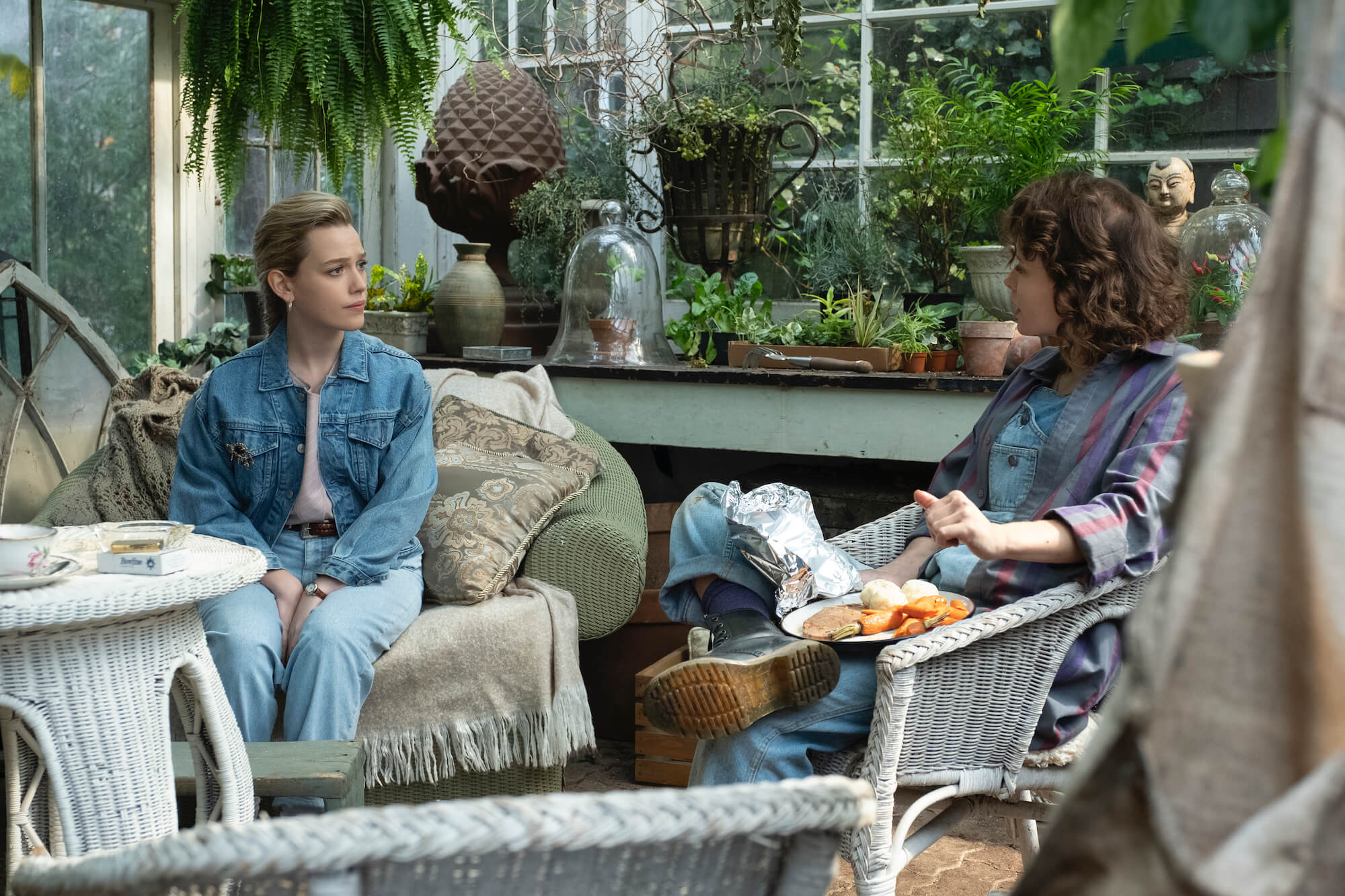 After The Haunting of Hill House, and the fact that The Haunting of Bly Manor is of the horror genre, fans probably expected a not-so-happy ending. However, what they got was a little more complex than that.

The finale starts off with Dani nearly passed out from the Lady of the Lake choking her, Henry was just choked to near-death as well, and Viola is leading Flora to the lake. Death looms like crazy. But in the heat of the moment, Dani makes it to the lake and invites Viola into her. The invitation is accepted and everyone who was nearing death lives.

Even though Hannah, Rebecca, and Peter were already gone, the tone is happy. The kids are safe, Viola is at bay, and Dani survived. But as Jamie learns in Dani’s room as she’s packing, the Lady of the Lake is still lurking. And even though they get 13 years together, Dani finally has to succumb to Viola and take her place at Bly Manor’s lake.

While it’s bittersweet, some might say this follows the harmful gay trope of “Bury Your Gays.” But maybe it doesn’t have to.

What is the ‘Bury Your Gays’ trope?

Firstly, what is “Bury Your Gays”? As TVTropes.com writes, it’s the unfortunate trope where LGBTQ characters are “nominally able to be viewed as more expendable than their heteronormative counterparts.” Hence, they die on-screen, and at a higher rate than straight characters.

They also noted that the idea around the trope transformed over the years. Gay characters have gone from 2-dimensional roles to active, important members of shows and movies. Just like public opinion, the stigma around homosexuality has changed within media, and therefore killing off gay characters doesn’t necessarily mean the same thing it once did.

This trope came about, mostly, because of the fact that so few gay characters existed, and so when they died, it impacted LGBTQ viewers more. It seemed unfair when put up against the number of straight characters that lived on. It also adds to the trauma a lot of the community experiences in everyday life, where death is at such a higher rate.

Sure, straight characters die all the time too. But that’s not the issue, and TVTropes.com said as such.

So, where does Dani Clayton’s demise fall? Well, while a case could be made for The Haunting of Bly Manor falling into the “Bury Your Gays” trope, it doesn’t plainly do so.

First off, Dani and Jamie live over a decade together, happy and so very gay in their little flower shop. Viewers get to see them grow daily, working through their life to establish trust and a truly loving relationship. It’s such a joy, and honestly one of the sweetest lesbian relationships on television.

But also, it’s important to look at why Dani died. Dani Clayton didn’t die for sadness’ sake or for shock factor. It’s something she knows is coming, and it’s also vital for the story. Without Dani’s sacrifice, Flora would have died. Dani is a very selfless person; viewers can see that in her relationship with Eddie and also with her inviting Viola to take her. So this choice makes sense, even if it leads to a shortened life.

Jamie and Dani’s love story is the heart of The Haunting of Bly Manor. Dani comes into her sexuality more and chooses to live for herself. She also chooses Jamie. While there are multiple love stories in the show, theirs is the one that saves the day and saves Dani. People eventually die — gay, straight, or otherwise — and Dani was able to save those she loved while also getting a fulfilling life with Jamie.

Dani is not the only one that dies, and her death is the most meaningful 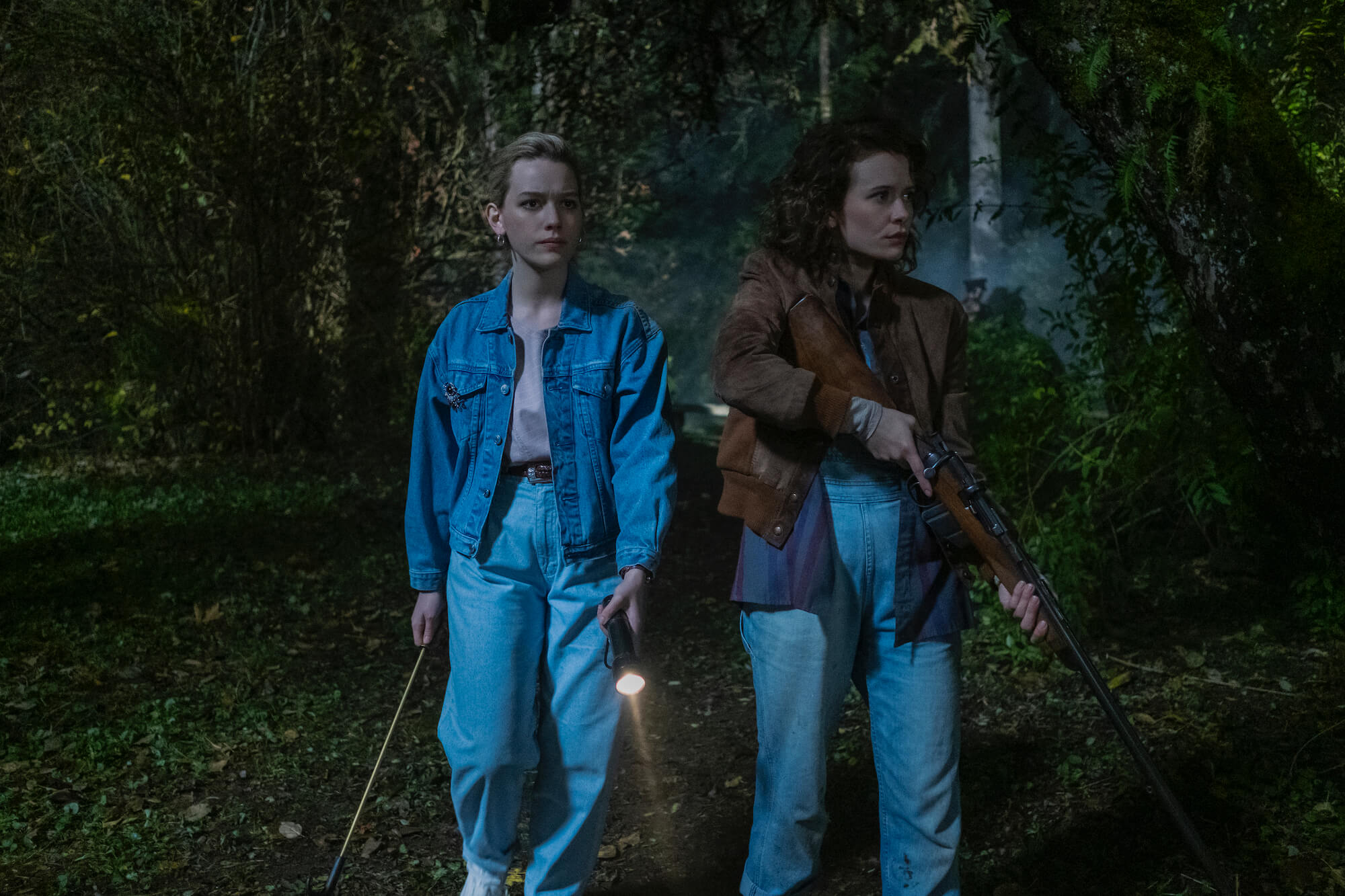 Essentially, it boils down to the fact that Dani doesn’t die because she’s “expendable,” but because she’s the most important player.

With The Haunting of Bly Manor, it’s first and foremost a Gothic Romance. As Digital Spy pointed out Gothic Romances are dark, supernatural stories. And they tend to end in death. Heck, The Turn of the Screw which this is loosely based on — among many other Henry James stories — ends far worse than The Haunting of Bly Manor. Miles dies in the governess’s arms in that story. But Dani saved her kids in this one.

And if Dani and Jamie were a heterosexual couple, Dani’s death would still be important. But, if that were the case, viewers would have lost out on this beautiful, gay love story. And who wants that?

Victoria Pedretti, who played Dani, told Digital Spy that Dani and Jamie are a rare view of a stable, healthy relationship, which isn’t always shown on-screen.

“The incredible thing about Jamie and Dani’s relationship is that, whether queer or not, they really avoid a lot of the traps of toxic relationships,” she noted. “They’re very unlike [Miss Jessel] and Peter… They set boundaries, they establish trust, they take their time.”

Again, you could argue that Dani’s death is part of this trope. But, outside of the hauntingly beautiful end, viewers were able to see an equally joyous relationship. One that went “one day at a time” and showed the two women love each other completely, “not an idea of each other,” as Pedretti described. And that might be the best part of the season.