Australia’s world-renowned independent distillers and craft brewers will gain a federal budget boost next month, with targeted tax cuts to encourage them to invest in their businesses. 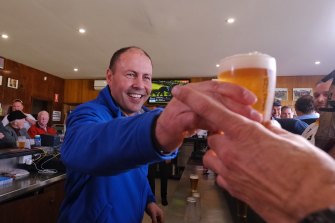 Treasurer Josh Frydenberg, who will hand down his third budget on May 11, said the relief would help smaller brewers and distillers in capital cities and regional towns.Credit:Luis Enrique Ascui

Department of Treasury modelling expects that, on average, brewers and distillers will benefit by about $55,000 a year.

The change will benefit the 600 brewers and 400 distillers operating across Australia, about two-thirds of which operate in rural and regional areas. The sector employs about 15,000 Australians.

Australia’s alcohol excise code is complicated and the tax on distilled spirits is the third-highest in the world, with about 57 per cent of the retail price for a bottle of whiskey or gin a tax.

Small and large-scale brewers have also been outspoken in the past year in their efforts to reduce the tax burden on both drafted and packaged beer, which is the fourth-highest in the world.

Stuart Gregor, the co-founder of Victoria’s Four Pillars Gin, which was named International Producer of the Year in 2020 for a second year running, said the decision by Treasurer Josh Frydenberg had come after a long and intense lobbying period from the industry.

“This sort of support will help the industry grow exports but I think, more importantly, become an even greater part of Australian culture and its economy,” said Mr Gregor, who is also president of the Australian Distillers Association.

“Whether it’s gin or whiskey or rum, our distillers are now a great advertisement for Australia around the world. We, without doubt, punch above our weight.” 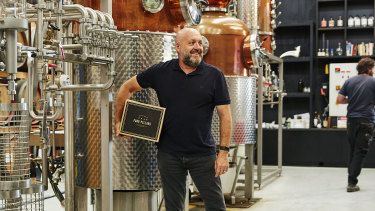 He said a $50,000 boost to a small distillery could help toward a new employee or extra barrels for export or for marketing as a regional tourist attraction.

“For a business which is only a few years old, that is the difference between surviving or giving up.”

The change is expected to deliver small breweries and distillers about $15.5 million in tax relief in Victoria and $12.3 million in NSW in 2021-22. The increase in the threshold will align the benefit available under the Excise Refund Scheme for brewers and distillers with the Wine Equalisation Tax Producer Rebate.

Mr Frydenberg, who will hand down his third budget on May 11, said the relief would help smaller brewers and distillers in capital cities and regional towns, which have become a mainstay for tourism.

“Australian brewers and distillers are world leaders in their field and this measure is going to assist them to continue to invest, grow and create jobs,” he said.

Peter Philip, the chairman of the Independent Brewers Association and founder of Sydney-based Wayward Brewing Co, said about 42¢ in every dollar of independent brewer revenue had been remitted in some form of federal tax.

“Excise tax is the single largest component of the cost of making a litre of beer and it’s one of the highest beer taxes in the world,” he said. “With this change, small brewers will be able to invest more in people, equipment, and facilities to meet growing demand.”