If you caught Haruki Murakami’s new short story, “With The Beatles” (published in the February 17-24 New Yorker), you got a reminder of the days when the Fab Four did things no recording artist had ever done before (and may never do again).

Murakami pointed to the Billboard Hot 100 charts of April 1964, when The Beatles held all top-five spots. While that feat would have made it a great year, the Fab Four didn’t stop there. Before year’s end, they would rack up six No. 1 hit singles.

It was Beatlemania in full swing, and it didn’t really stop in 1965. When the calendar flipped to January ’65, the group continued sitting atop the Billboard charts with “I Feel Fine.” But that wasn’t the only good music folks heard on the radio in those days.

When The Beatles let go of the No. 1 spot, The Supremes (“Come See About Me”) took their place. Then in the following weeks two more masters of 20th-century music made their way to the top: Jimmy Page and Phil Spector.

Jimmy Page’s session work got him to No. 1 on Petula Clark’s ‘Downtown’ 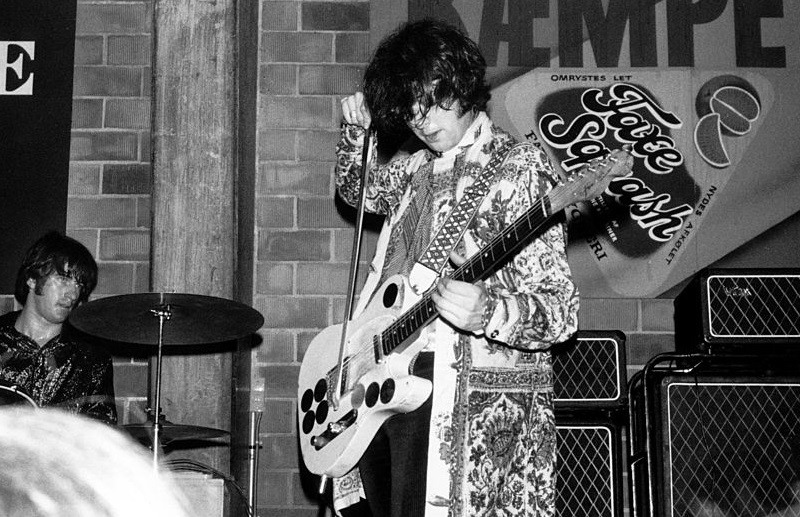 No one needs an explanation of how The Beatles came to dominate the recording industry from 1964 on. The group’s spirited performances and unflailing creativity allowed to notch hit after hit. In 1965, they managed to have another five No. 1 hits.

They certainly had competition in those days. When The Supremes weren’t nudging the Fab Four aside, The Temptations and Beach Boys were. Songwriting factories were cranking out hits on both sides of the Atlantic, in fact, and Petula Clark got her first No. 1 hit with “Downtown.”

Clark bumped The Supremes out of the top spot on the Billboard Hot 100 in the third week of January ’65. If you listen closely, you’ll hear the 20-year-old Jimmy Page in the background on guitar.

In between working on rock records as a session ace in his pre-Led Zeppelin days, Page played on plenty of pop records and film soundtracks recorded in London-area studios. And he watched Clark’s “Downtown” exceed the considerable success of his first session gig. 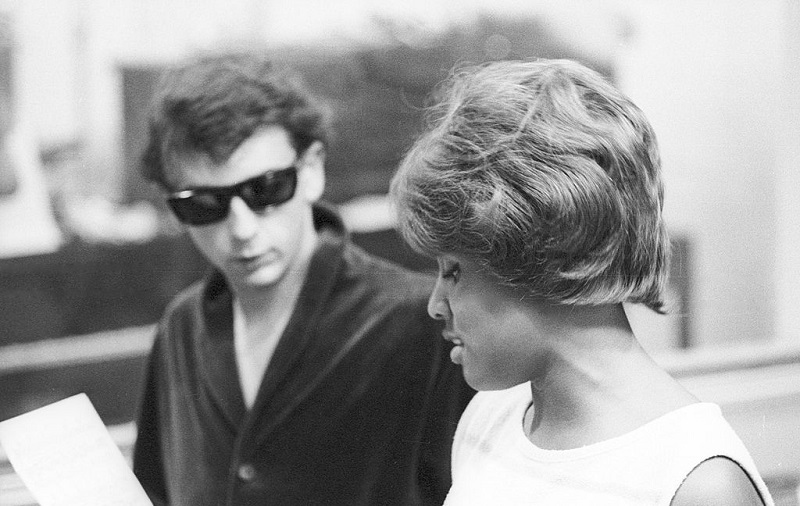 Before his days of battling with Paul McCartney (and, later, John Lennon) — and several decades before his incarceration following a murder conviction — Phil Spector was the record producer with the golden touch.

In the early ’60s, Spector scored major hits writing and/or producing tracks like “Spanish Harlem” (Ben E. King) and “He’s a Rebel” (Darlene Love). After forming his own record label, he signed and recorded The Righteous Brothers.

In the annals of popular music, early ’65 was one of those peak periods. Within the space of a month, you saw the industry’s top producer, the world’s biggest band, and the future king of hard rock all atop the charts.

Also see: When Jimmy Page Played on the No. 1 ‘With a Little Help From My Friends’ Cover