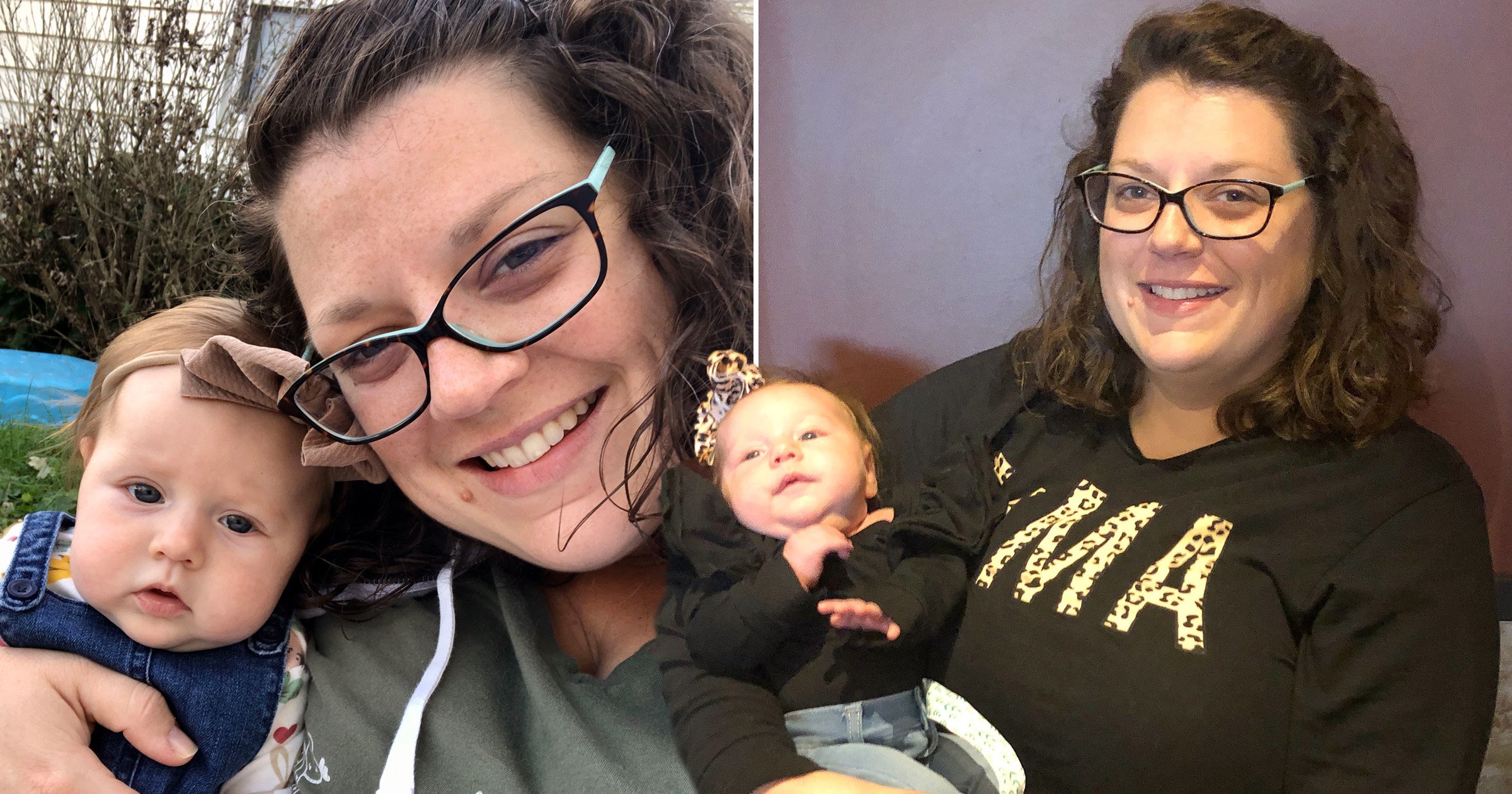 A woman has described her decision to become a single mum with the help of a sperm donor as the ‘best thing’ she has ever done.

Science teacher Allison King, 32, became a single mum with the help of a sperm donor, who she met and befriended when he was her neighbour.

The former neighbour, who does not wish to be named, offered to be her sperm donor and signed all parental rights to now-ten-month-old Lauren Grace over to Allison.

She said: ‘I’ve had a deep motherly instinct from a child.

‘I joked throughout my twenties about using a sperm donor if I wasn’t married by 30.

‘In 2012, I was living in Florida and befriended my neighbour.

‘We used to hang out, but it was never anything romantic.

‘I remained single and just went on a few dates here and there but never connected with anyone.

‘Eventually, I became tired of searching for “the one” and began looking into a donor.

‘But it wasn’t easy as I knew I didn’t want an anonymous donor who could already have 35 kids elsewhere.’

Allison started sharing her concerns with her nearest and dearest in 2018, and then her neighbour made the offer to help her out.

While she was surprised, she ultimately decided it was the best option for her child’s future.

The two began fertility tests in January 2019, which is how Allison found out she had uterine polyps.

She had surgery to remove any abnormal tissue ahead of her first round of IVF in November 2019.

Allison said: ‘I was lucky as health insurance covered some of the cost.

‘I paid $15,000 for medical and genetic testing and Intracytoplasmic Sperm Injection (ICSI) procedure.

‘That cost also covered lawyer fees as the donor and I agreed he will not have any involvement as my daughter’s father.

‘I had to go through an adoption attorney to essentially cover the adoption of his sperm and genetic material. This also covers any future children as I have one remaining embryo in storage.

‘All parental rights were signed over to me, and he can’t make any contact until Laurel is 18 unless he goes through me.

‘I do plan to be completely open with her though, and I do want to keep that line of communication open for when she is old enough to make that decision on her own.

‘I don’t want her to wonder about her biological father, so many donor children must wait until they are 18. I didn’t want that for her.

‘He was grateful to have someone out there with his genes as he has no children.’

In the end, eight of her eggs were fertilised, but just two were viable, with Allison saying she was ‘shocked’ the number was that low.

She added: ‘I knew my biological clock was ticking, but I thought I’d have more eggs.

Laurel was born in August 2020, and Allison described her journey to becoming a mum as the ‘best thing’ she has ever done.

‘I don’t regret my decision,’ she said.

‘It felt like a piece of my soul was missing and she filled it.

‘Days are sometimes hard and nights are long, but I wouldn’t want it any other way.

‘It would have been nice to have a partner when having to install car seats, or to do the dirty work such as changing diapers, but I don’t miss the relationship side.

‘It’s easier to not have to worry about a second person throughout the newborn months.

‘I do send my donor photos once or twice a week as we have kept a friendship.

‘I am so grateful that he has given me the greatest gift.’