The one with Cecilia Monroe! Susan Sarandon is one of many A-list guest stars to make a cameo on Friends — and she only has fond memories from working with the cast.

“It was so wonderful because they really knew what they were doing by that time. So everyone was very relaxed, and I was kind of nervous,” Sarandon, 74, exclusively told Us Weekly on Thursday, May 27, one day after HBO Max’s Friends reunion debuted. “They all went back to set watching each other’s scenes, first of all. So it was a real family environment. I loved my wig. I love Joey. They were all just really fun.” 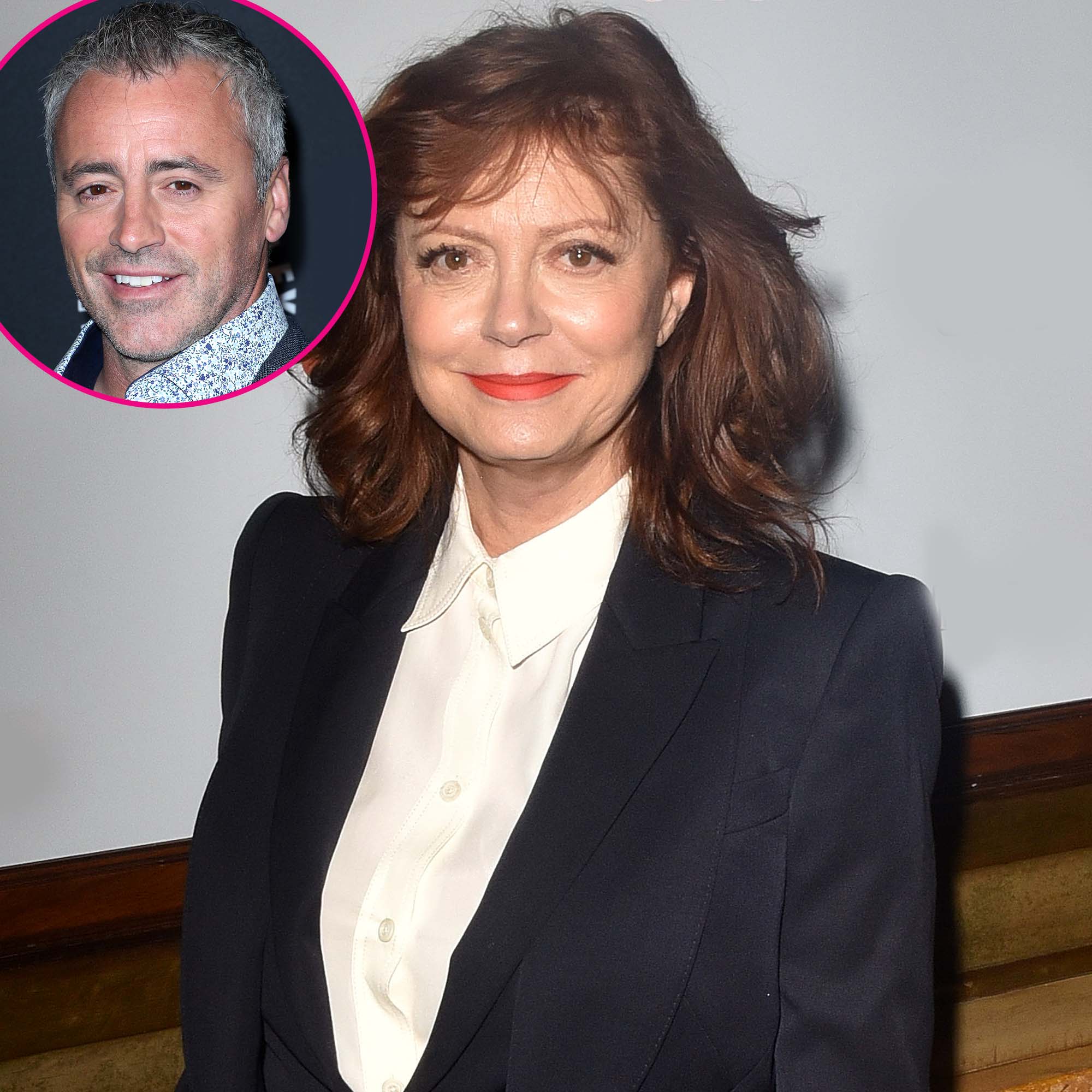 The Oscar winner played Joey Tribbiani’s (Matt LeBlanc) Days of Our Lives costar Cecilia on season 7, episode 15 of the comedy, “The One With Joey’s New Brain.” They had a brief fling, with Monica (Courteney Cox) even requesting Cecilia to slap her in the face like her juicy soap character. (Spoiler: She declined.)

“He was great! I’d like to do more with him,” Sarandon told Us of working with 53-year-old LeBlanc. “I mean, they just called me, I don’t know what led to it. They just asked if I would do it. And they explained the part and I said, ‘Well, if she’s on a soap opera then I need a really big wig.’ You got to have very good, big hair. And they said, ‘Yeah, you can have that.’ And then that was it. I find him just lovely, all of them, really. Lisa Kudrow is so funny. I felt very, very privileged and I’d would work with him again in a flash.”

She quipped: “I would have sex with him again in a flash!”

Sarandon’s daughter, Eva Amurri, even made an appearance during the episode as Cecilia’s daughter — who she did slap! 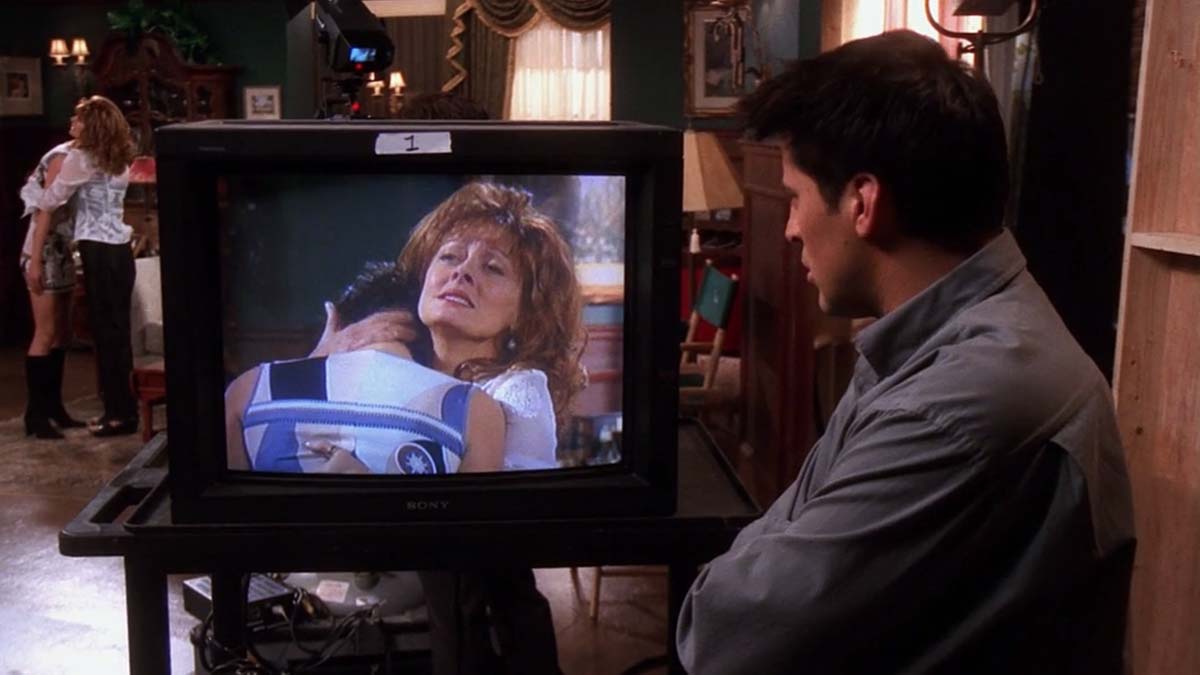 “Eva was 15 at the time. She had done Saved! and she’d done some other films by that time, but she was really excited because Friends was a really big deal for her and she was so great,” she explained. “It was also very memorable for me. It was right before we did a movie with Goldie Hawn, The Banger Sisters, which she was also in. It was a very welcoming, really sweet group of people and they were cracking up when someone made a mistake. And so, it just took away all of my nerves and we had a great time.”

She continued: “Somehow I’ve lucked out at being in movies that are iconic and shows. I’m really happy. Even my voiceovers in The Simpsons or Rick and Morty. I’m happy to be able to just have a collaboration for two seconds with people that are really talented and love what they do and are fun. That’s what makes it so special.” 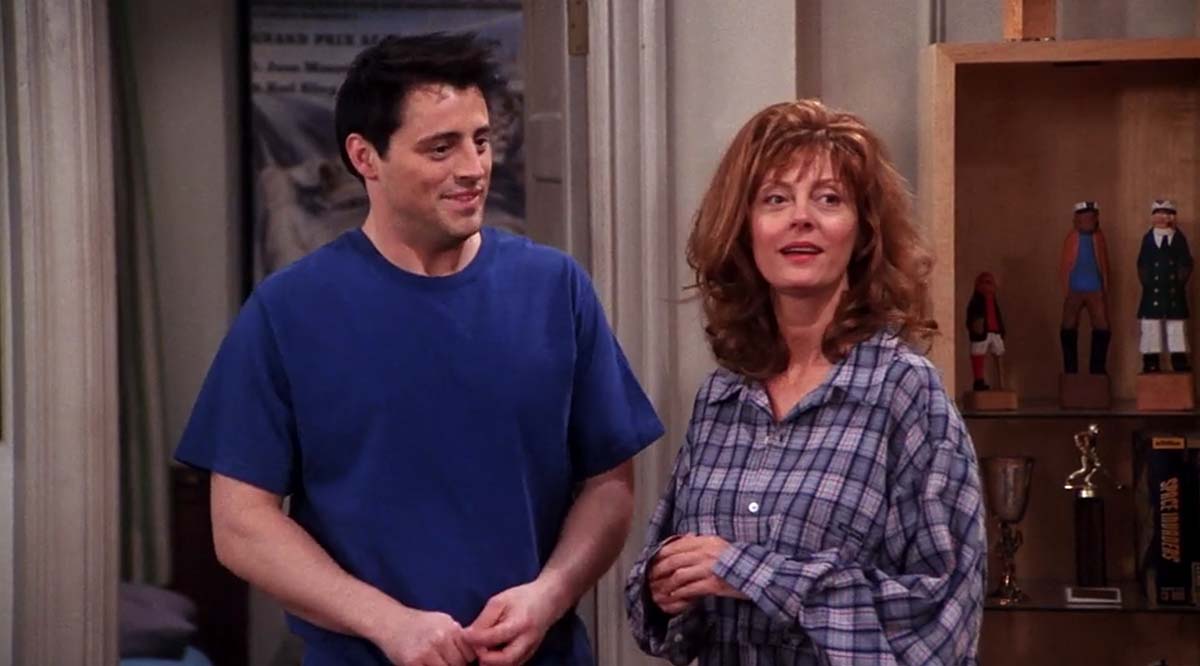 Sarandon, for her part, currently appears in a new campaign called “Power to the Patients,” which focuses on increasing awareness that hospital prices are now a patient’s right prior to receiving care. The PSAs feature Sarandon, Cynthia Erivo and the paintings of Shepard Fairey.

“If we can get transparency, that means that if you are lucky enough, to be able to have insurance and you go in for something, you can shop around and have some idea of what it’s going to cost and not be hit with it later when you’re at your most vulnerable,” Sarandon told Us. “I’m a big believer in grassroots. I’ve never seen anything structural ever change from the top down. It always has to be pushed from the bottom up. So what’s empowering to me is working with all of these people who do the really tough work.”