A view of SoFi Stadium as workers prepare for Superbowl LVI

Maybe it’s only right the build-up to a Superbowl that takes place a day before Valentine’s Day has been littered with so many love letters. To many, America’s showpiece event returning to Los Angeles is a reunion of the heart.

It was in this city on 15 January 1967 that the first AFL-NFL World Championship Game was held between the Kansas City Chiefs and the Green Bay Packers. We can call it Super Bowl I now, even if it wasn’t then. Those transfixed on the events of the Los Angeles Memorial Coliseum were not to know the global phenomenon this specific game would become. But the marketing, gravitas and emotion of that moment has been enhanced to the nth degree ahead of an overdue reconciliation for no 56 on Sunday with a place that had seemingly moved on.

LA’s romance with American Football has not quite followed a similar trajectory. The area itself has hosted eight Superbowls, the last of which came in 1993. A year later, both its teams – the Rams and the Raiders – upped sticks.

As such, a couple of generations have grown up with a view that of the many things LA does – and does well – football is not one of them. Now, having welcomed back two teams in the Rams, who will face off against the Cincinnati Bengals on Sunday, and the Chargers, that is not the case. And the last couple of weeks have certainly blown that out of the water.

“It’s everywhere,” says Sky Sports NFL presenter Hannah Wilkes, one of four from the company on the ground. “Even driving along the freeway when we landed on Sunday, the Convention Centre is wrapped in Super Bowl 56 branding. There are banners hanging off every street lamp and traffic lights. The buses have got their destinations which flicks on to “GO RAMS”. Every single bar or restaurant you walk past seems to be in Super Bowl branding, with Super Bowl offers.” 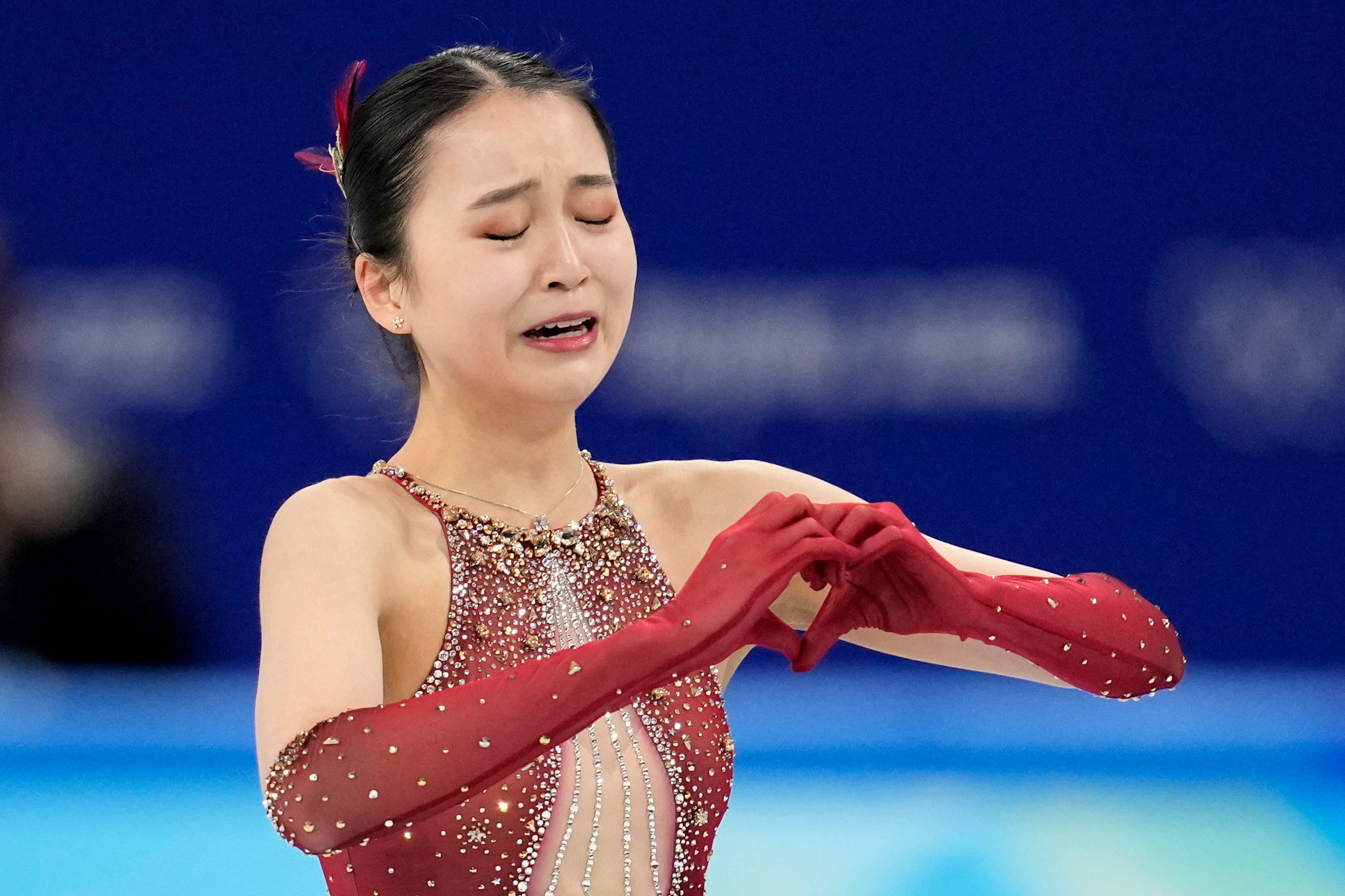 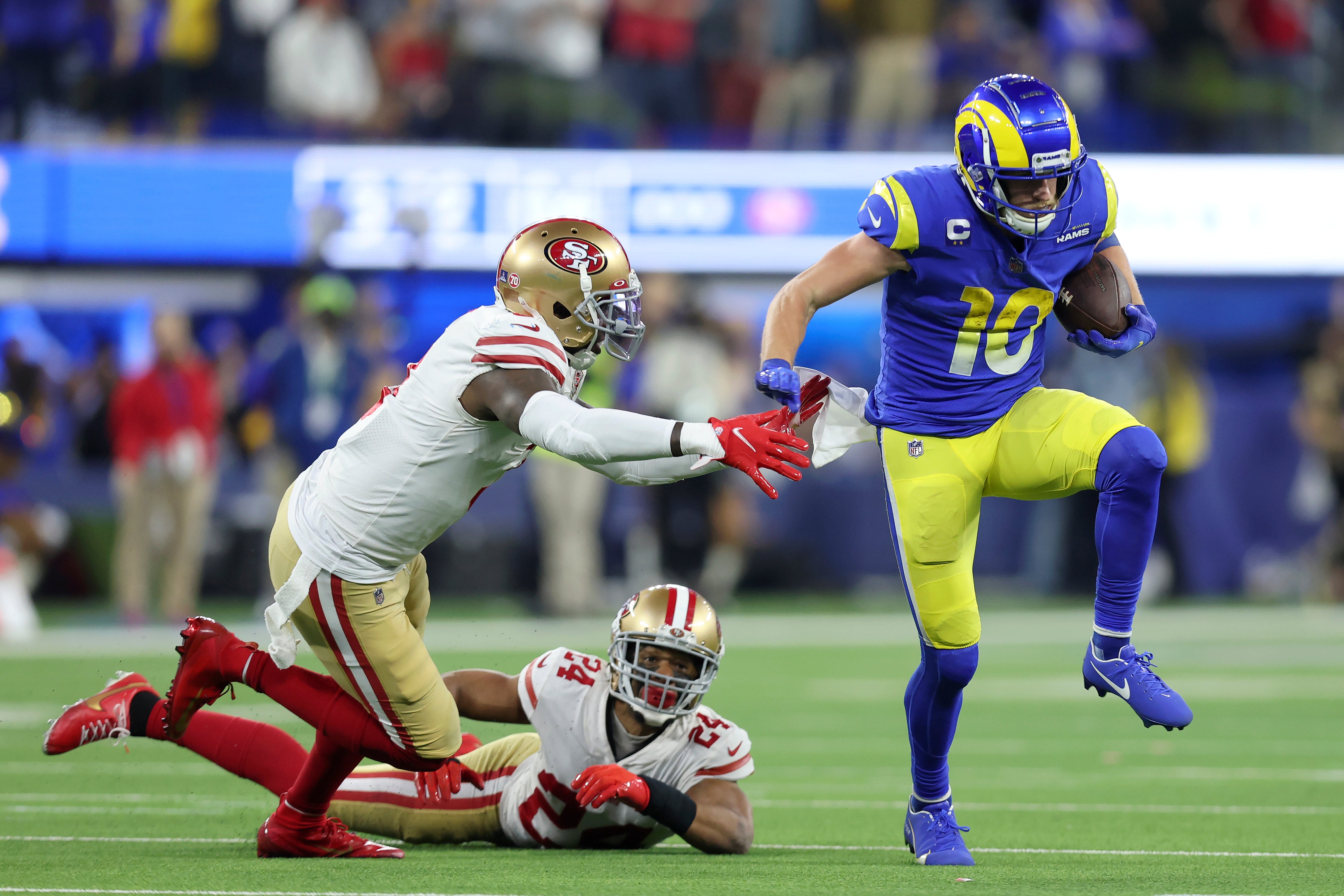 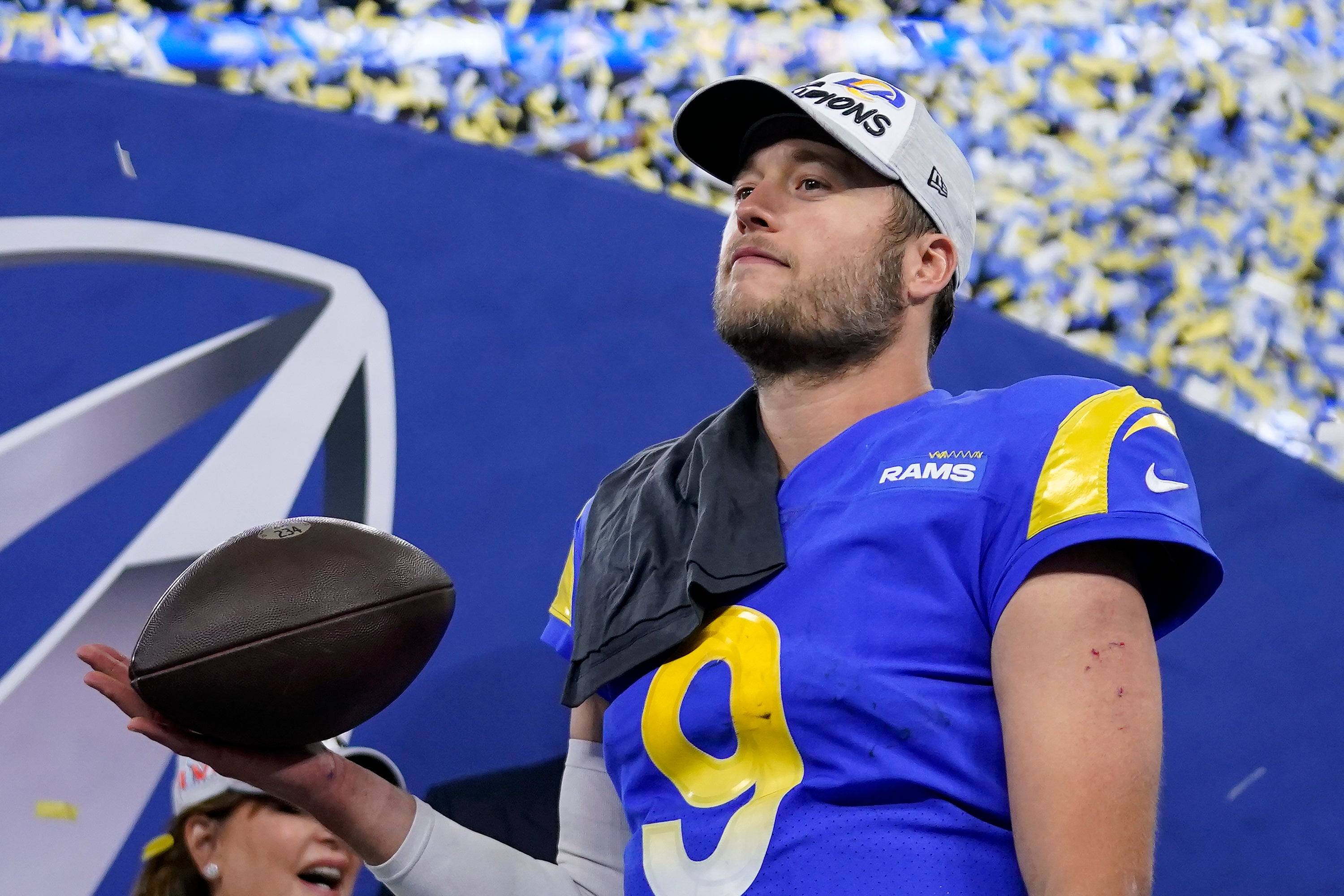 Rekindling the area’s love affair with America’s Game has taken a lot of work. The return of the Rams in 2016 after 20 years in St Louis was followed by a first winning record since 2003 the following season. A Super Bowl run arrived in 2018 where they fell short to Tom Brady and the New England Patriots. This time around, with Matt Stafford at the helm, they go in as favourites.

It was also in 2016 that work began on LA’s Super Bowl viability. In November of that year, construction began on the $5 billion SoFi Stadium in Inglewood.

There were hiccups along the way, as ever with projects of this magnitude. Dramatic rainfall in 2017 meant the opening was pushed from 2019 to 2020, which also meant postponing their Super Bowl hosting duties to 2021. Covid-19 restrictions slowed matters down, though not enough to delay the unveiling, which came in earnest on 12 September 2020, when the Rams hosted the Chicago Bears in the first regular-season game with fans at the stadium.

“It’s taken six years of work from the moment we started to talk to LA about the possibility of doing Super Bowl here,” says Jon Barker, now in his fourth year as NFL’s head of live event operations. 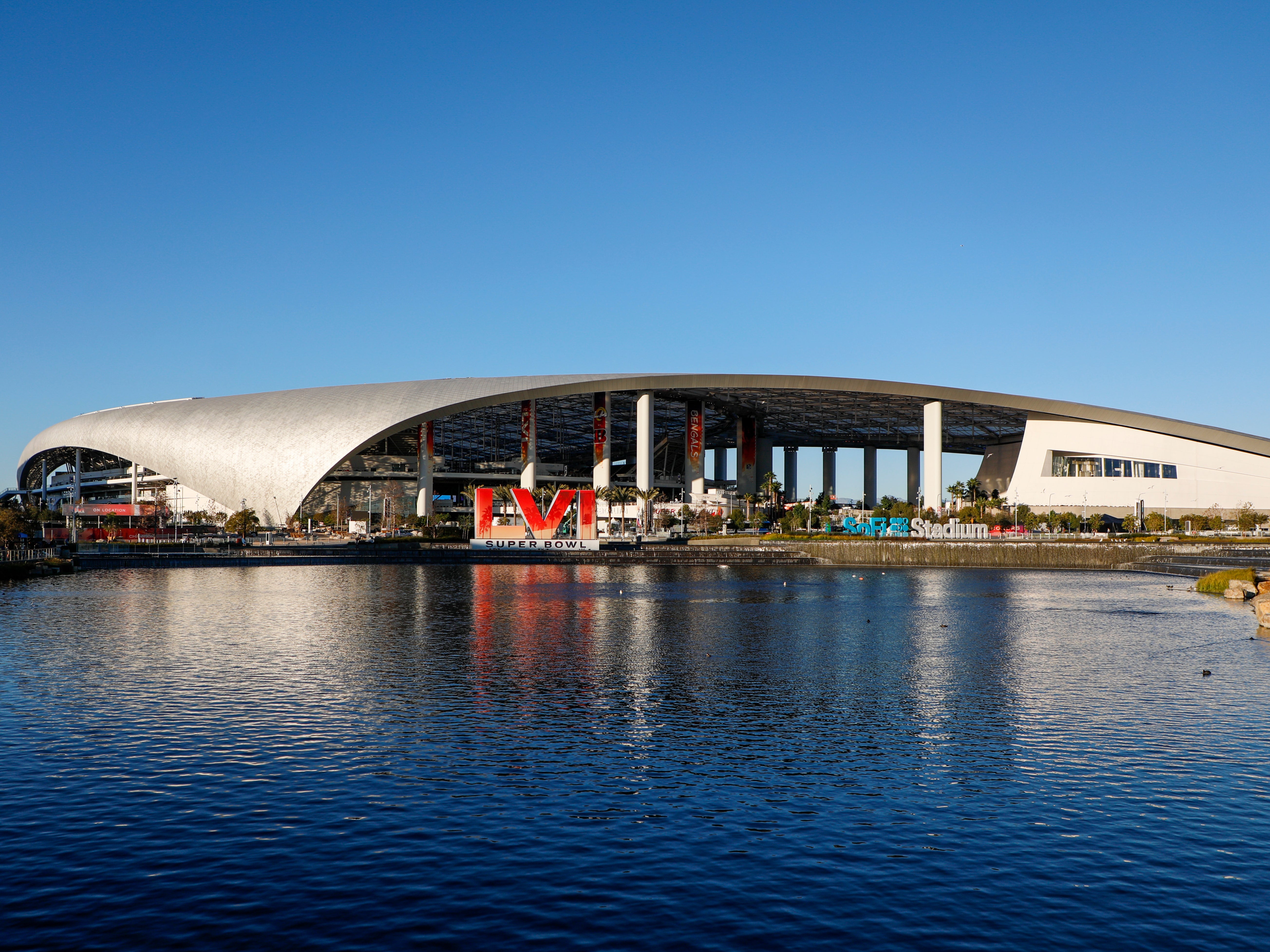 Barker is now two-and-two for “normal” and “pandemic” Super Bowls. As he puts it, through turning the draft virtual in 2020, spending last season working to get fans back into stadiums and then ensuring the previous Super Bowl in Tampa Bay was the first live event to bring in vaccinated fans, he and his colleagues have an “unfortunate” amount of experience operating in these conditions.

Nevertheless, 2021 has thrown up some unique obstacles. Along with working with a stadium that has only had two seasons worth of football, preparation was hamstrung by the Rams playing at home against the San Franciso 49ers in the post-season on 30 January. It was the first time the NFL has had to prepare for the Super Bowl with one of the teams hosting the NFC Championship game.

“We start January 2nd of every Super Bowl build-up to give us five to six weeks of run-up,” revealed Barker. “As we got through Wildcard and started seeing the possibilities, we actually slowed down. A lot of people think we lost a week – we really lost two-and-a-half to three weeks with our build-up inside the stadium.

“We wanted to make sure the Rams felt at home. The stadium had to feel like their home stadium for that game. We couldn’t do much inside the stadium. We focused a lot on the exterior. Once the game was over and they moved out of the building, we quickly moved in.”

Given the federal designation of security for Super Bowls, the immediate surroundings of the SoFi Stadium have to be robust. A new security perimeter 300-feet off the “skin” now surrounds the stadium, with 11 miles of fencing ensuring more control over access points. That is particularly necessary given the extra level of Covid clearance required, along with security and ticket checks. 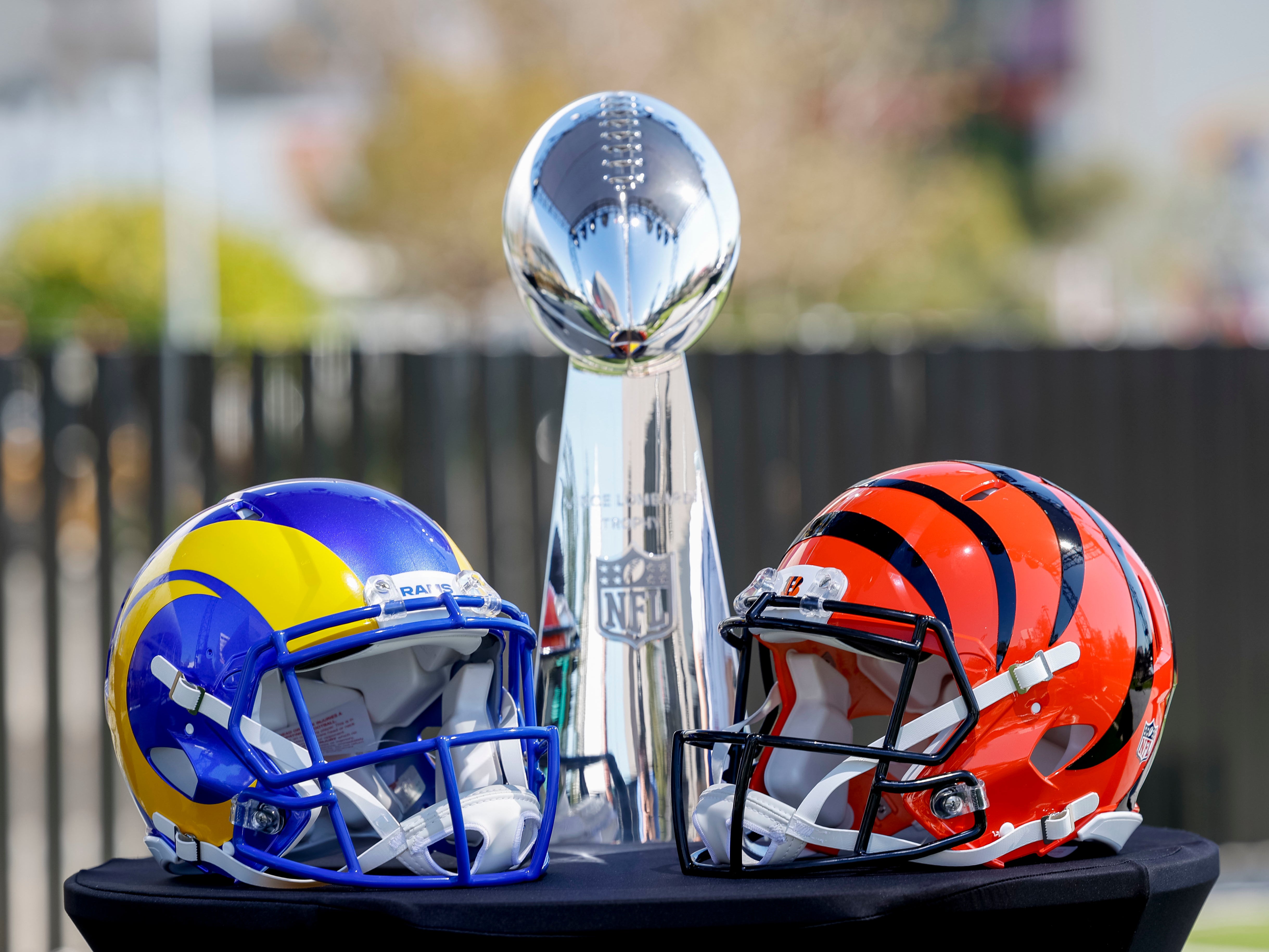 The protocols are really quite something. Vaccinated attendees must show proof whether via the CBC card for American residents, WHO card for international guests, the CLEAR health pass or other state-approved passes. Those unvaccinated are required to show proof of a negative test result (48 hours for PCR, 24 hours for antigens). Anyone without proof of either can use one of the many testing clinics around the perimeter. Face coverings inside the stadium are mandatory, with a KN-95 on every seat.

Nothing has been left to chance, in keeping with how Super Bowls operate, regardless of the city or circumstance. Whether blocking the 25,000 rooms required to house teams, media, NFL staff, vendors, sponsors and associated guests, or the acquisition of private buses to shuttle fans back and forth.

“What we think about are all the things we don’t want you to think about,” says Barker. “Super Bowl should be an event you walk into and are gobsmacked when you step on our campus. Almost in a theatrical way, we want you to be in this suspended world we’ve created for you.”

Of course, every production needs a stage, and few do it better than Hollywood. Barker speaks of a “masterclass on collaboration and cooperation” with the city of Inglewood, the greater LA area and the state of California. And for all the might of the NFL, simply rolling in and dropping its wares in the middle of this of all towns was never going to be how things went down.

Few places understand the impact of major events and its connection to communities and local businesses. And, in many ways, the Super Bowl presents a jumping-off point for further big-ticket events ahead.

As part of the NFL’s business connect programme, 225 local companies, many minority-owned, were awarded contracts around the Super Bowl. The LA host committee has pledged to maintain the programme ahead of the FIFA World Cup in 2026 and 2028 Summer Olympics.

The temptation here is to talk of legacy, and certainly around football there feels something more tangible at play. In the long term, the campus around the SoFi stadium thrives and also boasts the west coast headquarters for NFL media. Last weekend saw the Super Bowl Experience (an interactive theme park) at the Convention Centre welcome 40,000 people coming through across two days, most of them local. Come Sunday, they could also boast a winning franchise.

At the same time, LA has looked to conceal its homelessness problem rather than address it while all eyes are watching. While not expressly the NFL’s problem, their means and clout create a jarring disparity. That they have helped 56 local community organisations is a start, but certainly no remedy.

What is clear, if only for this fortnight, is the city of Inglewood and LA more broadly has a unique mood about it for this grand homecoming, which also features Inglewood royalty Dr Dre driving the Halftime Show. Regardless if they have a Championship to celebrate come Sunday. 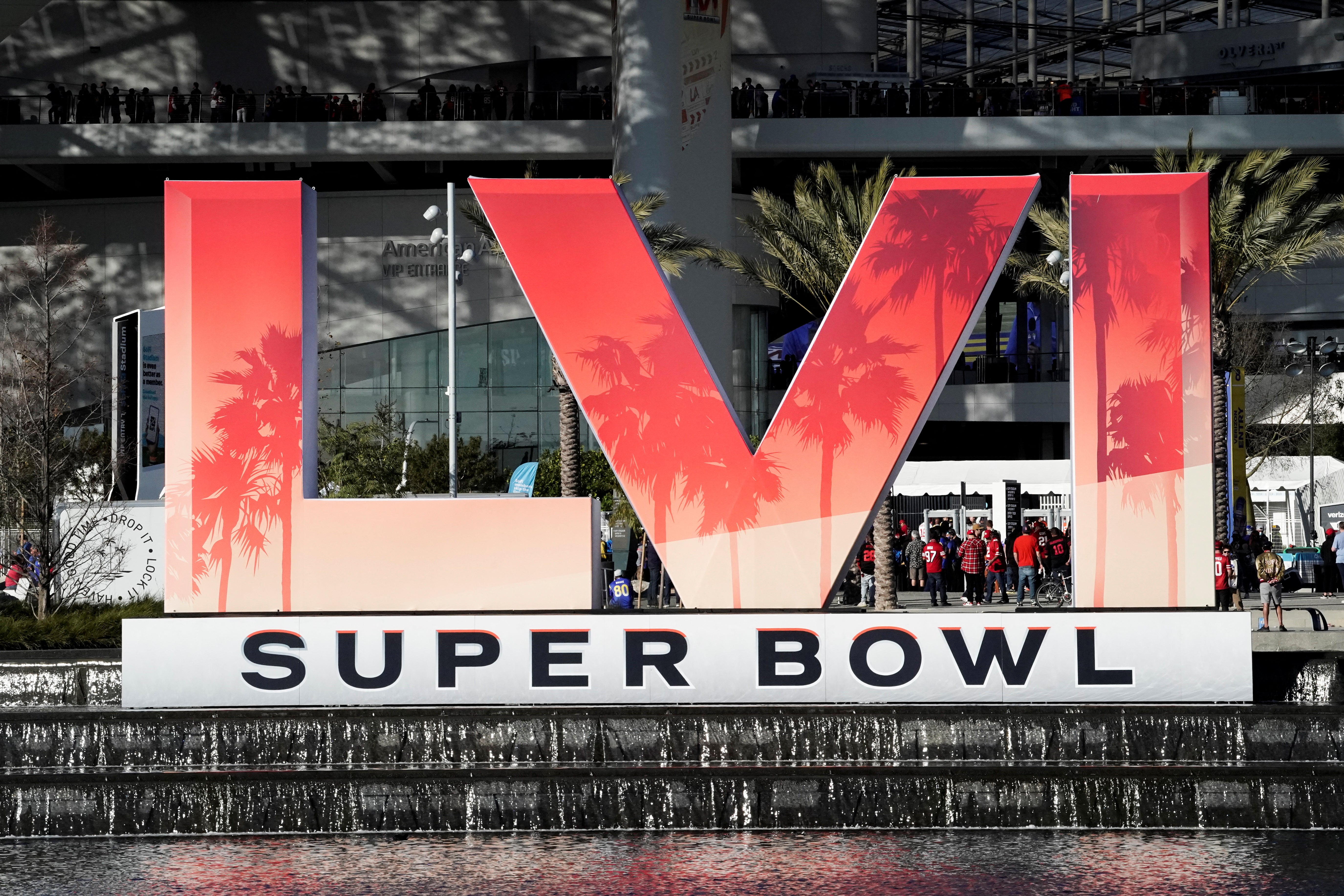 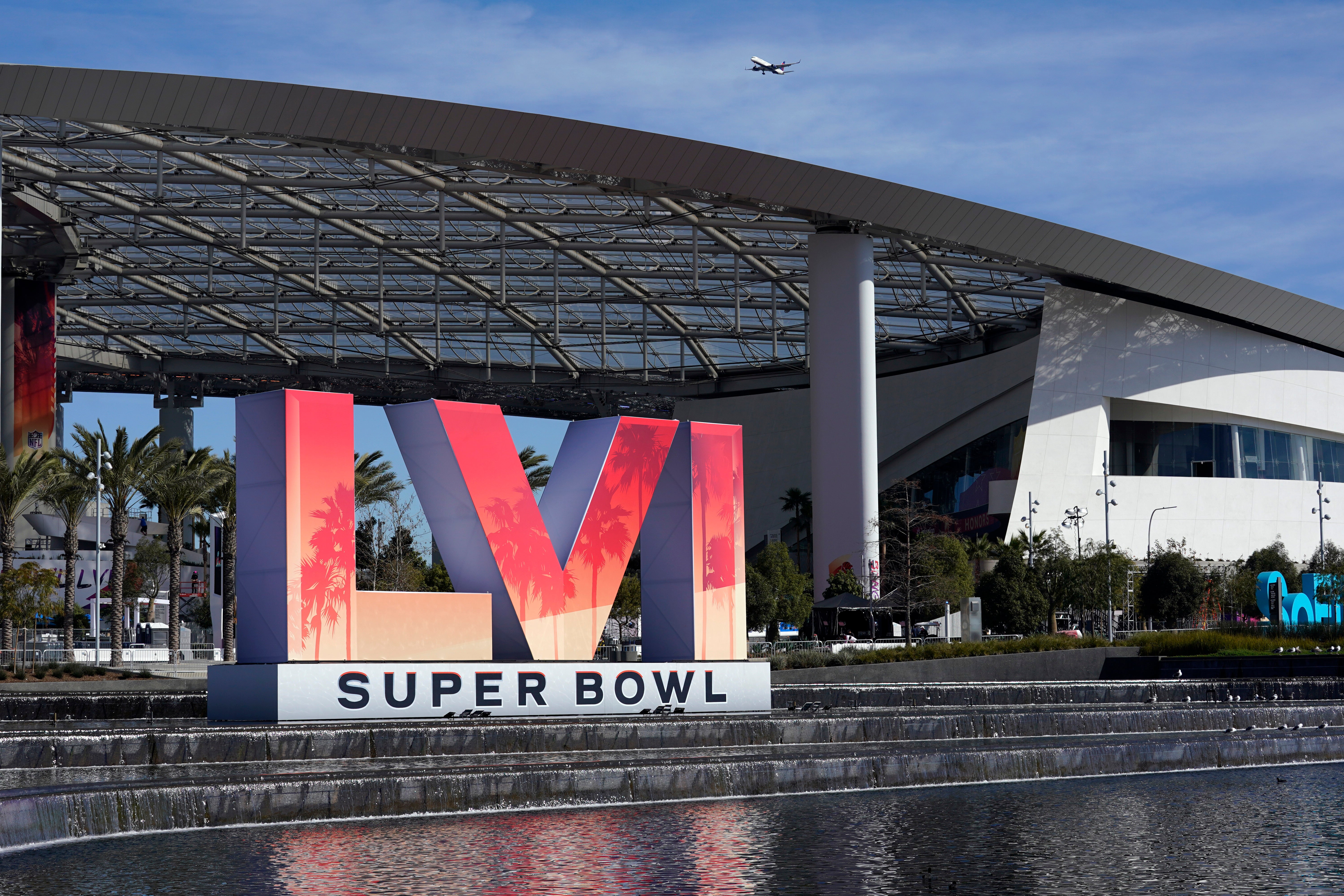 “Our relationship with LA will be very, very long, and very very fruitful,” promises Barker. “And that’s why it’s important LA realises this isn’t the NFL’s Super Bowl in Los Angeles – this is Los Angeles’ Super Bowl.”

Watch Super Bowl LVI from SoFi Stadium in Los Angeles live from 11.30pm on Sky Sports NFL & NOW on Sunday, February 13; with all the pre-game build-up from 10pm

By registering, you will also enjoy limited access to Premium articles, exclusive newsletters, commenting, and virtual events with our leading journalists