A domestic Chinese goose was given a replacement bill from a 3D printer after a raccoon attack left its natural bill partially torn off.

The goose, named Bruce, was kept as a pet by an animal-friendly family in Utah, alongside a duck and a golden retriever.

After the raccoon attack, the family took the injured goose to a local shelter for injured animals, which worked with the nearby Bridgeland Technical College to create a 3D-printed replacement beak. 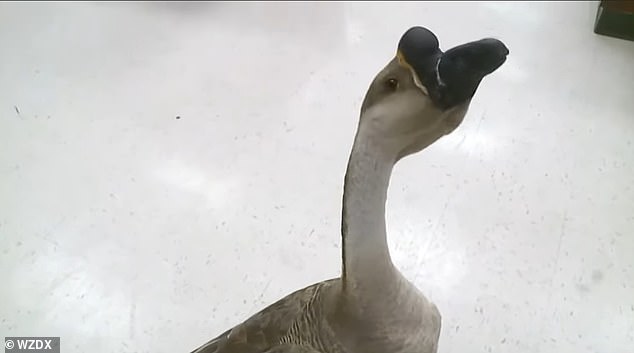 The school turned to students in Cache Makers, a special program focused on uisng science and math principles in farming and agriculture, according to a report in Popular Mechanics.

A group of students spent several days creating 3D models to test on the Goose, then used a 3D printer to produce different iterations with Acrylonitrile Butadiene Styrene filament, a form of plastic used to make LEGOs and other toys.

When they settled on a final design, they used a dental glue normally reserved for attaching crowns to fix the 3D-printed shell to the remnants of the goose’s natural bill.

Without the artificial bill, the goose had been shunned by other geese in the shelter because of its strange appearance.

The damaged bill also left the goose’s mouth exposed, causing its tongue to dry out and impeding its ability to eat, drink, and groom itself.

While the students were working on the final replacement bill, shelter workers had to keep the goose’s mouth manually lubricated with coconut oil.

After the replacement bill was finally attached, the goose was initially uncomfortable.

‘At first, he shook his head, like rejecting it,’ one of the Cache Makers told WZDX News. 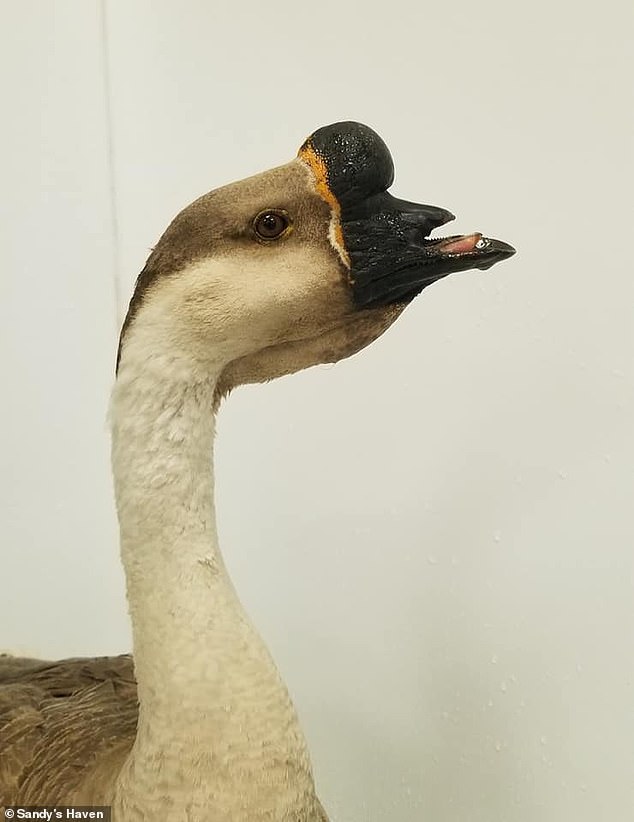 After losing part of its natural bill, the goose was left with an exposed mouth and tongue which left it struggling to eat, drink, and groom itself. Shelter workers had to manually lubricate its tongue and mouth with coconut oil 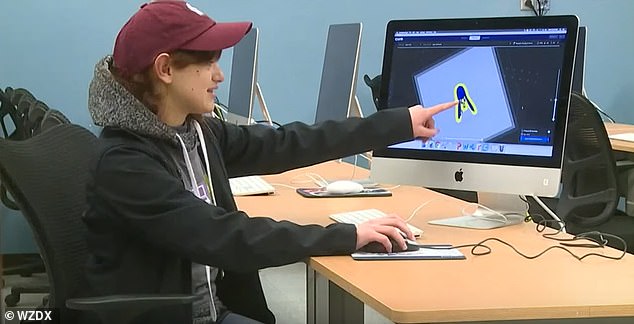 A team of students at Bridgeland Technical College in Logan, Utah worked on several different designs for a replacement bill before settling on just the right fit 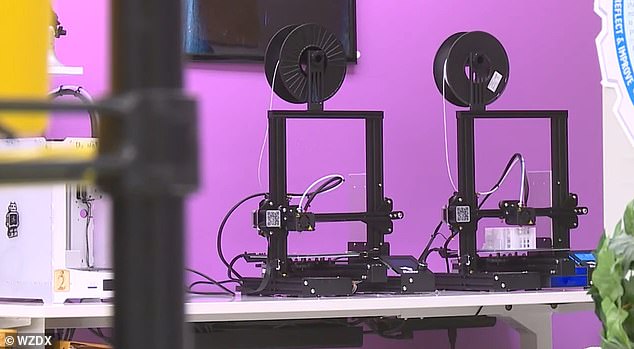 The students used 3D printers to create the beak from Acrylonitrile Butadiene Styrene, a kind of plastic used to make LEGOs and other toys 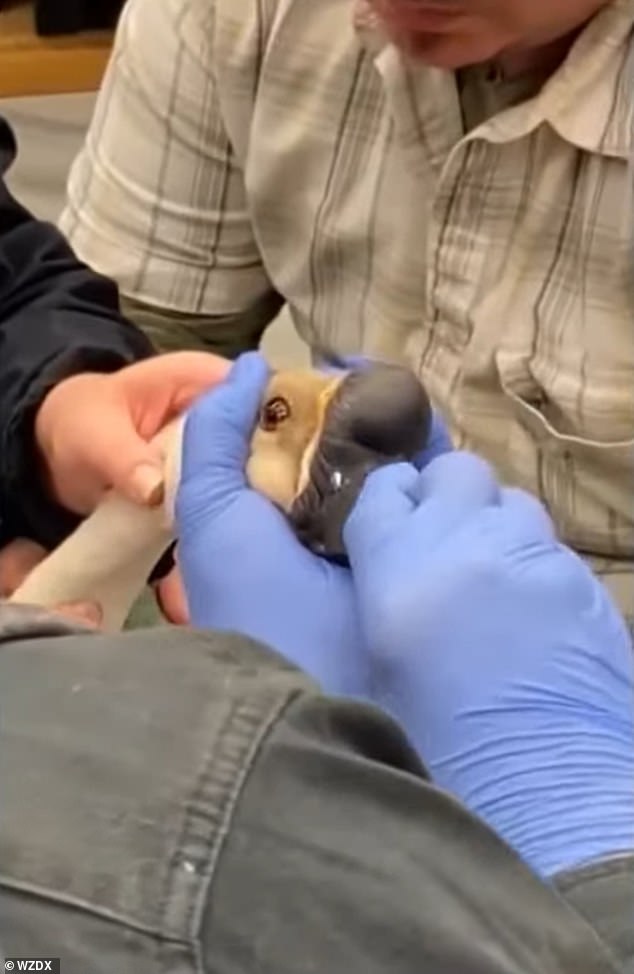 ‘But then he started moving his mouth up and down, starting to use the beak, and it was really cool.’

According to Jenny Kearl, director of Cache Makers, the project was inspiring both for the goose, who quickly regained his self-confidence and sociability with the new beak, and for the students.

‘It’s the first [prosthesis] we’ve ever done here, Kearl said. ‘It got the kids more excited about projects they can do.’

WHAT IS 3D PRINTING AND HOW DOES IT WORK?

First invented in the 1980s by Chuck Hull, an engineer and physicist, 3D printing technology – also called additive manufacturing – is the process of making an object by depositing material, one layer at a time.

Similarly to how an inkjet printer adds individual dots of ink to form an image, a 3D printer adds material where it is needed, based on a digital file.

Many conventional manufacturing processes involved cutting away excess materials to make a part, and this can lead to wastage of up to 30 pounds (13.6 kilograms) for every one pound of useful material, according to the Energy Department’s Oak Ridge National Laboratory in Tennessee.

By contrast, with some 3D printing processes about 98 per cent of the raw material is used in the finished part, and the method can be used to make small components using plastics and metal powders, with some experimenting with chocolate and other food, as well as biomaterials similar to human cells.

3D printers have been used to manufacture everything from prosthetic limbs to robots, and the process follows these basic steps:

· Preparing the printer, including refilling the raw materials such as plastics, metal powders and binding solutions.

· Initiating the printing process via the machine, which builds the object.

· 3D printing processes can vary, but material extrusion is the most common, and it works like a glue gun: the printing material is heated until it liquefies and is extruded through the print nozzle

· Using information from the digital file, the design is split into two-dimensional cross-sections so the printers knows where to put the material

· The polymer rapidly solidifies, bonding to the layer below before the build platform lowers and the print head adds another layer (depending on the object, the entire process can take anywhere from minutes to days.)

· After the printing is finished, every object requires some post-processing, ranging from unsticking the object from the build platform to removing support, to removing excess powders.