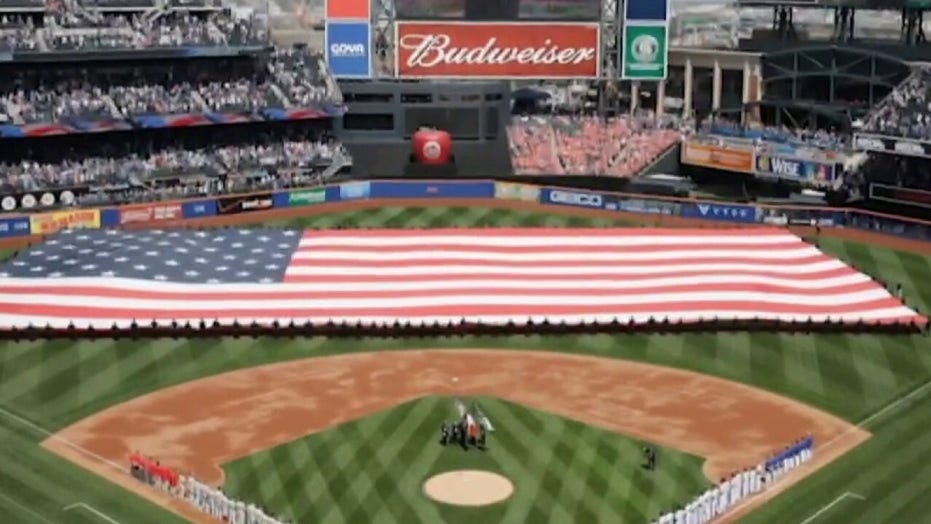 Right now, as many people turn to spring-cleaning tasks around the home, there’s another area of life that tends to need refreshment, renewal and reinvigoration for many people.

It’s no accident that this “need to clean” occurs during the season of Lent for Christians — or that it’s just ahead of the start of this year’s professional baseball season.

Negative patterns of thinking can get in the way of fulfillment, happiness and genuine purpose — yet those cobwebs can be cleared away for good to make room emotionally, mentally and psychology for a much better life, according to the author of a new book and a longtime “baseball wife.” 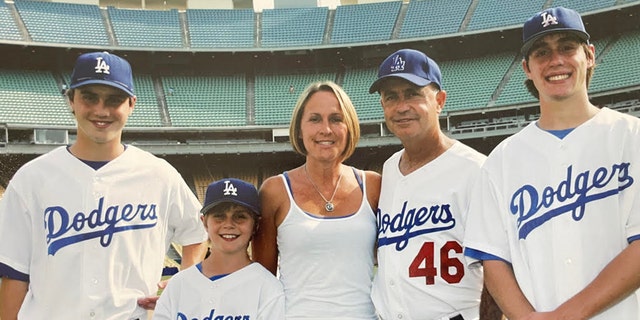 Baseball wife Billie Jauss, center, is shown with her husband, Dave Jauss, and their three sons in 2006. She spoke to Fox News Digital about the life lessons she’s learned over the years — and what others can take away from her struggles and new understanding.
(Jon SooHoo/LA Dodgers)

She says it’s not always the external distractions that derail people.

Instead, Billie Jauss says emotional barriers can also get in the way.

Fear, insecurity, rejection, discouragement, trauma and much more — all of these can be a problem well after whatever immediate events may have caused them in the first place, she says.

“By learning to ‘detox’ emotionally, realign priorities and create a spiritual health plan,” she told Fox News Digital during a phone interview, people can “find fulfillment” and have more confidence.

Jauss has lived through what she describes. The author of “Distraction Detox: Release Emotional Barriers, Restructure Priorities, Realize God’s Best” (Feb. 2022), Jauss revealed a personal experience that could have sidelined her important ministry of working with other pro-baseball wives within the tight-knit baseball community. 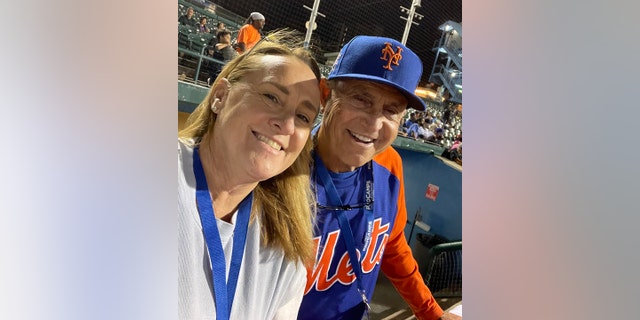 Billie Jauss with her husband, Dave Jauss, who last year served with the New York Mets as a bench coach. "We have to believe God will take us exactly where he wants us to go," Billie Jauss told Fox News Digital. During his career, Dave Jauss has coached with the Boston Red Sox, the Los Angeles Dodgers, the Baltimore Orioles and the Pittsburgh Pirates.
(Billie Jauss)

Billie Jauss said she was told by another baseball wife at one point that no professional baseball coach — such as her husband — should be coaching a pro team unless he himself had actually played pro baseball.

She described a strong pecking order and said she felt others kept trying to push her down, based on her husband’s MLB coaching roles within various organizations across his career.

Others baseball spouses rallied around and made her feel welcome, she said — for which she is grateful, she said.

Yet as a woman of deep faith, Jauss ultimately realized that the self-limiting thoughts and beliefs she kept experiencing partly as a result of what she experienced had to be done away with, for her own health and well-being. 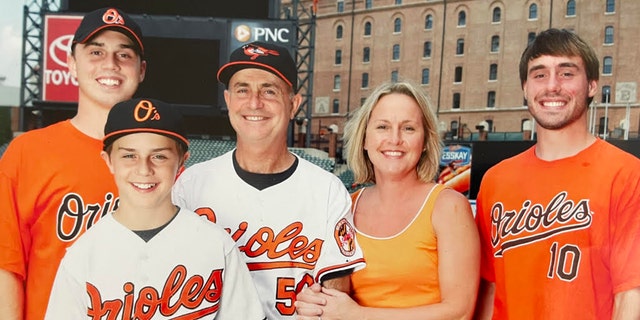 For her, that meant turning strongly to her belief in Jesus Christ. She began to write down any toxic thoughts she was feeling — and to replace them with words of Scripture.

For others who may be experiencing in some shape or form what she went through, she advised not just writing down passages from Scripture — but taking action in the wider world.

That means getting out of the house and reaching out to others in a significant, giving, practical way. 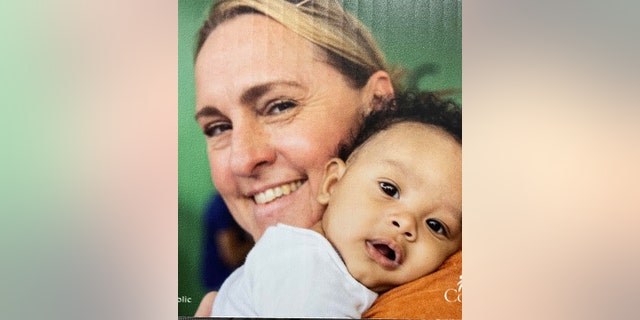 Bilile Jauss comforts a child during her work with Compassion International’s Survival Program (CSP) in San Pedro de Macoris, Dominican Republic. Jauss is a former critical care nurse — and says becoming involved in Compassion’s program was a "love language for me."
(Billie Jauss)

“We can sit there and wait for the clouds to open and the dove to fly down and for the Lord to speak to us out of the clouds,” she said — but ultimately, that isn’t going to work, she said.

“We’ve got to execute a plan by getting off the couch, taking it one step at a time, starting with that one small thing — and believing God will take us exactly where He wants us to go.”

She said that people often miss opportunities in life “when stuck in that continual battle of negative thoughts, emotional toxins and emotional barriers — not feeling like we’re good enough. It stops us from stepping into a spiritually healthy place.”

Living out her advice

Billie Jauss is active within Compassion International’s Survival Program (CSP) in San Pedro de Macoris, the Dominican Republic. She is living out what she encourages others to do. The program aims to help women with prenatal care; plus, it assists them when they’re giving birth to their babies.

“They’ve all had different journeys in baseball, but they all ended up exactly where they’re supposed to be.”

“Seeing that program — it was the love language for me,” she said. “I’m a former critical care nurse. I did a lot of helping to take care of babies during the AIDS epidemic. And I just thought, ‘Lord, this is such a great place.’”

Compassion Survival serves communities by assisting with food, health care and prenatal care to prevent children from dying before their first birthday. In 2018 alone, the organization assisted in 9,255 births. Survival newborns were in the normal weight range (92.9 percent), while 95 percent of them were born full-term, Compassion Survival’s website noted.

Billie Jauss said that over time, as she accompanied her husband throughout his career and raised their three sons along the way, she hoped that their sons would not work in the field of professional baseball as adults because she saw the challenges. 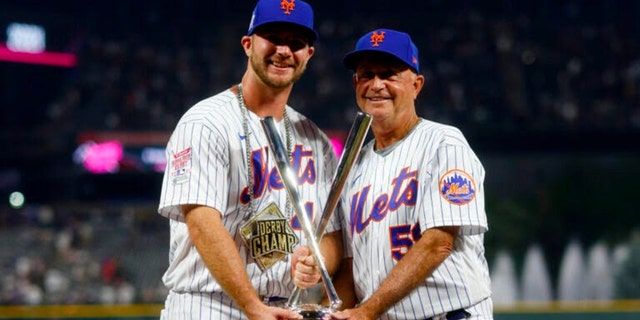 Longtime MLB coach Dave Jauss (right) along with New York Mets slugger Pete Alonso after Alonso won the Home Run Derby in 2021 with a big assist from Jauss — who pitched to him that night.
(Billie Jauss)

Yet today, all three of her now-adult children — DJ, Charley, and Will — work in baseball.

“They’ve all had different journeys in baseball,” she noted, “but they all ended up exactly where they’re supposed to be.” 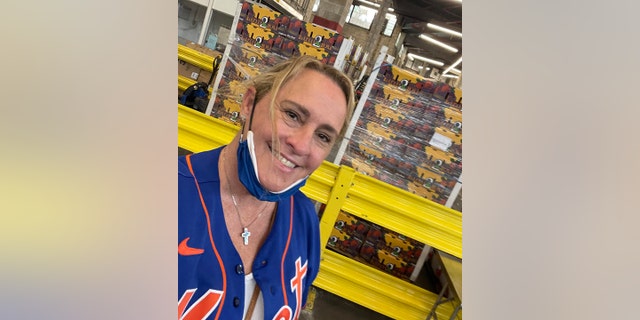 Billie Jauss at City Harvest NYC with other Mets wives packing fruit boxes. "My connection to God has deepened," she said.
(Billie Jauss)

Jauss came back to the importance of allowing God to “work in and through my life.”

“Today, I have a fresh perspective on my purpose. My connection to God has deepened, and my confidence has risen.”

She added, “I believe when we leave our emotional barriers behind, we can find peace and purpose.”