OLE GUNNAR SOLSKJAER'S dismissal of Manchester United as title contenders is 'silly' and could shatter his players' confidence, according to former Red Devil Paul Parker.

The Norwegian boss slammed the brakes on title talk after his side tossed away a victory against Everton. 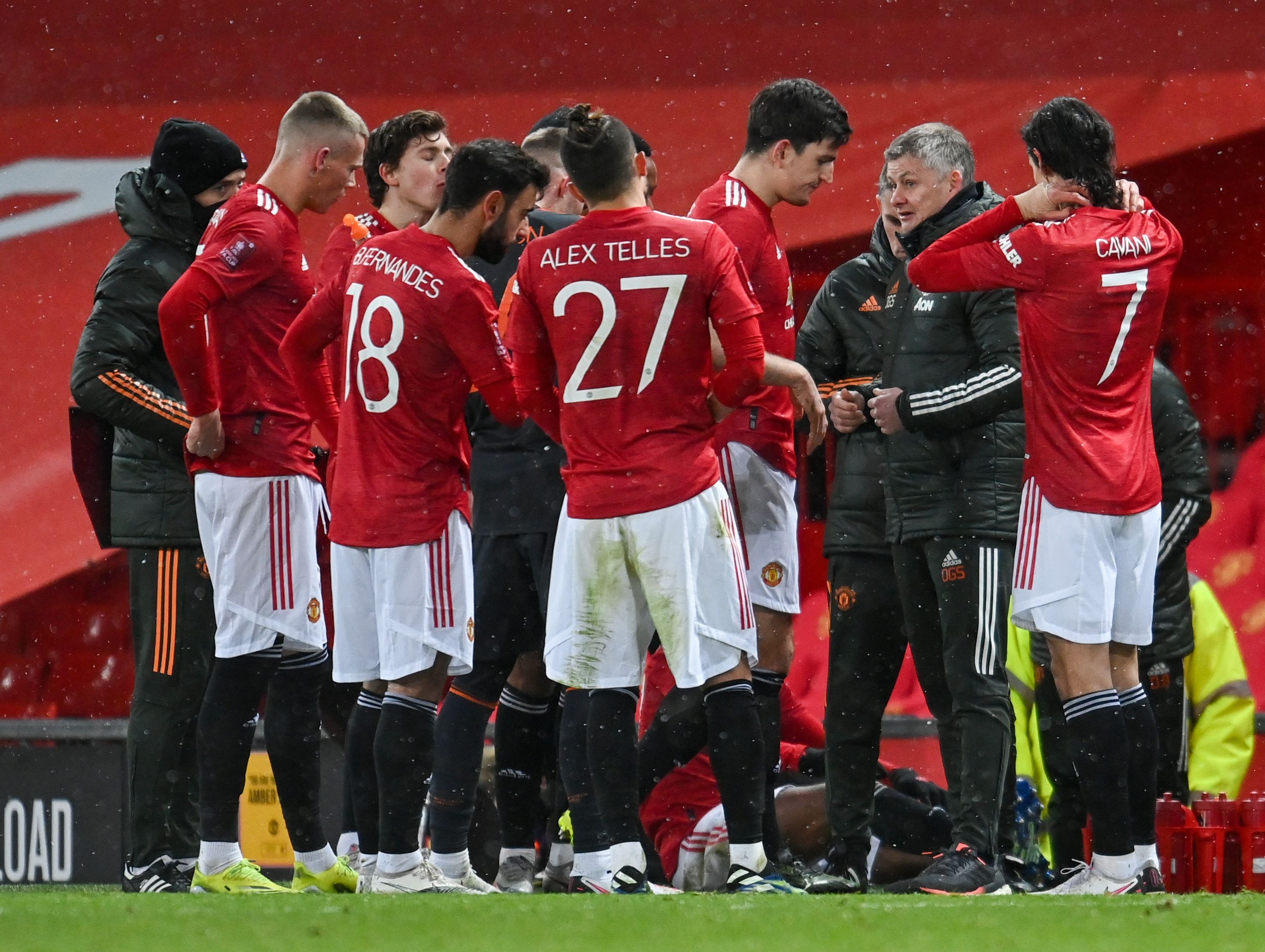 Despite Dominic Calvert-Lewin's dramatic equaliser with the last kick of the game in the 3-3 draw at Old Trafford, United still sit second in the table – five points behind neighbours Manchester City who have a game in hand.

And two-time Premier League champ Parker believes the United boss should not downplay his side's chances in public.

The former defender, 56, said: "Ole Gunnar Solskjaer saying that Manchester United were not in the title race was a silly comment to make.

"Regardless of what team it is, if you are sitting second in the table, and only a few points behind the leader, you must believe you're in the title race.

"Even if Manchester United don’t have staying power, or the squad, you should never admit your shortcomings to opponents that might be listening.

Even if Manchester United don’t have staying power, or the squad, you should never admit your shortcomings to opponents that might be listening."

"Manchester United have got to enjoy the position they find themselves in, but you simply can’t just say they’re not in the hunt for the title.

"You have got to keep players as positive as you can and tell them they can win the Premier League.

"Some of those players with their egos will be thinking that they will win things at Manchester United, if a manager does not believe it is the case, how is a player ever going to?

"Instead of taking the pressure off people, he is adding it. I find it very strange that he would say something like that after drawing at home to Everton who has one of the best away records in the Premier League.

"Manchester United have got to be positive, so there’s no way he should be saying they’re not in the race, they were top of the league two weeks ago.”

Parker believes Solskajer must break his semi-final hoodoo and lift some silverware to prolong his stay in the Old Trafford hot seat.

Under his guidance, United have crashed out in four semi-finals, including this season's Carabao Cup to City.

Scott McTominay's extra time winner against West Ham kept United in the hunt for the FA Cup as they progressed to the quarter-final stage.

Parker's nephew Ben Johnson, 21, came off the bench for David Moyes' side.

The former England international added: "In my opinion, Ole Gunnar Solskjaer has to win a trophy this season. He must want to win a trophy and have the hunger to do so, or he will have no chance of surviving as Manchester United manager.

"He has got to have that drive, as well as be able to convince his players that they are going to win stuff. I would not have that any other way, especially at a club like Manchester United.

"The club needs to win something, and he does too, for himself. Ole needs it for his CV, and to prove to everyone that he is good enough to be the Manchester United manager.

"A trophy win could inspire the Glazers to invest more money in him rather than the Tampa Bay Buccaneers.

"It is so important he gets the backing from the owners; he needs it more than most managers. He has lost a few semi-finals, and yes, people lose games, but the nature of football and social media is very tough for top players and managers.

"Everyone wants to call the manager and club ‘bottlers’ when they fail to win things. These comments come from people that have never played a game of football in their lives or have ever been in a high-pressure situation.

"But, suddenly, they have the right to tell people they’ve ‘bottled it.’ I find it strange, but that’s freedom of speech. Manchester United must go for the FA Cup this year, as a minimum.”

Parker also took aim at skipper Harry Maguire and slammed him as a selfish player who is not worth the £80million the club coughed up in 2019.

He added: "People talk about bringing in a new partner for Harry Maguire, but I would look at bringing in two centre-backs, why can’t it be a player who comes in and plays alongside Victor Lindelof?

"Harry Maguire is not a leader, he plays the game for himself, he sits way too deep, he dribbles for the sake of dribbling and runs himself into cul-de-sacs.

"I have always been unsure about Maguire since the day Manchester United signed him. When they paid £80m, the club didn’t buy an £80m centre back, it was great business by Leicester City.”

Paul Parker was speaking on behalf of GrandNational.org.