Paul, 80, who was diagnosed with Alzheimer’s last year, became an online sensation after composing a piece based on just four notes. Entrepreneur and philanthropist Sir Tom, 59, who lost his parents to Alzheimer’s, told BBC Breakfast yesterday that when he and his wife Marion saw the video of Paul performing the Four Notes piece, they immediately wanted to help. Paul’s son Nick posted the clip online to show how musical ability can survive memory loss. 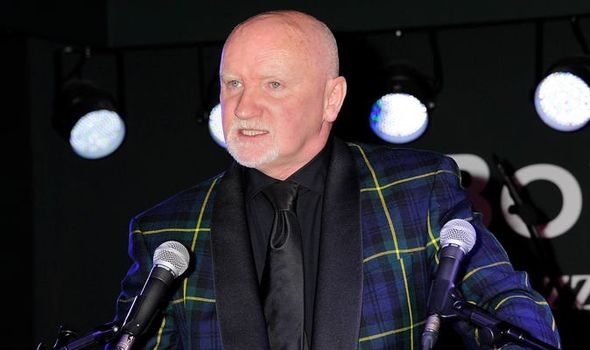 Paul later recorded his composition with the BBC Philharmonic Orchestra and it went on to top the iTunes and Amazon charts.

Former Sports Division retail boss Sir Tom told tearful Paul on TV: “You lit up the screen, with first of all the relationship between the father and the son, and then the relationship with music.

Paul, from Buxted, Sussex, said: “That is fantastic, it really is. I didn’t think I could be moved much more now but I can. For all this to happen and I’m in my 80s. I think that’s pretty good.”

Nick said: “Dad is so happy his music is resonating with people. He is being defined by his music, not his dementia, and that is wonderful.”

Sir Tom’s £1million donation will be split between Alzheimer’s Society and Music for Dementia.