Seven more Pakistan players in the squad to tour England have tested positive for coronavirus, taking the total number to 10.

Shadab Khan, Haider Ali and Haris Rauf tested positive after being screened in Rawalpindi over the weekend – all 10 players will now not travel with the squad when it leaves for Manchester on Sunday.

Pakistan are due to play three Test matches and as many T20Is in England in August and September and Pakistan Cricket Board CEO Wasim Khan says the positive tests have not derailed those plans. 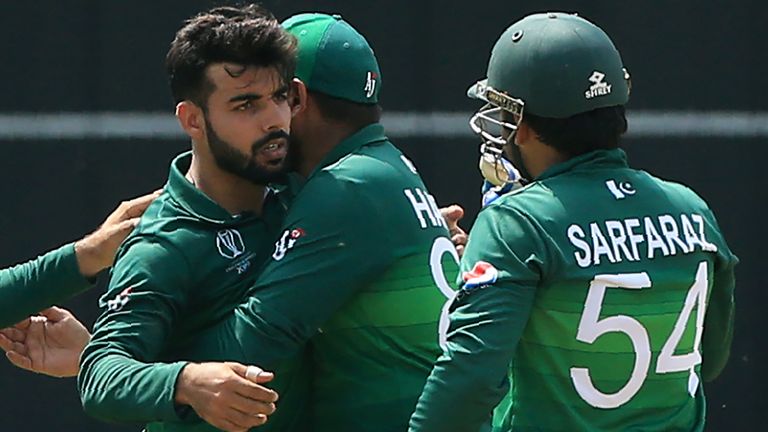 Khan said: “The tour to England is very much on track and the side will depart as per schedule on 28 June. Fortunately, all the first-choice red-ball squad, barring Mohammad Rizwan, are negative, which means they can start training and practising immediately after they have been tested and given the all clear when they arrive in England.

“In the meantime, [head coach] Misbah-ul-Haq is reviewing the training schedule in England and is firming up plans for reserve players to be tested as a backup.

“The recent positive tests of some of the fittest athletes, who had not shown any symptoms, clearly reflect the danger this virus possesses. “As regards the players, who have tested positive, we will continue to monitor and support them, including conducting antibody tests, and as soon as they test negative, they will be flown to join the squad in England.