Musician Elio Pace reacts to his cruise ship being rerouted, stranding crew members after the ship was issued a warrant for arrest.

Crystal Cruises said Tuesday that a second of its ships diverted to the Bahamas, avoiding a U.S. judge's order to seize one of its vessels in a legal dispute over fuel bills.

The Crystal Serenity arrived in Bimini Monday after the ship was denied entry into Aruba on Friday, a company statement said.

All passengers were transferred by a fast ferry to Port Everglades and taken to a Fort Lauderdale hotel Monday night, and the passengers will be reimbursed for any applicable airline change fees, spokesman Vance Gulliksen said.

"There are simply no words to express our deep regret and disappointment," the company’s statement said.

The arrest warrant for the ships is part of a lawsuit accusing the cruise line of failing to pay $4.6 million for fuel. A federal judge issued the warrant for the ship Jan. 20, a maritime practice in which a U.S. Marshal boards a vessel and takes charge of it once it enters U.S. waters.

Some passengers on the voyage, a long expedition that was originally set to end in California in late May, said they were glad to leave.

"I’m delighted to be off that ship," said Barry Shulman, 75, of Las Vegas.

The Crystal Serenity departed Miami on Jan. 17, but passengers were informed several days later that the ship had to cancel port calls at last minute. The company announced it was suspending operations through late April, canceling or cutting short itineraries for the Crystal Serenity and two other ships, to "provide Crystal’s management team with an opportunity to evaluate the current state of business and examine various options moving forward." 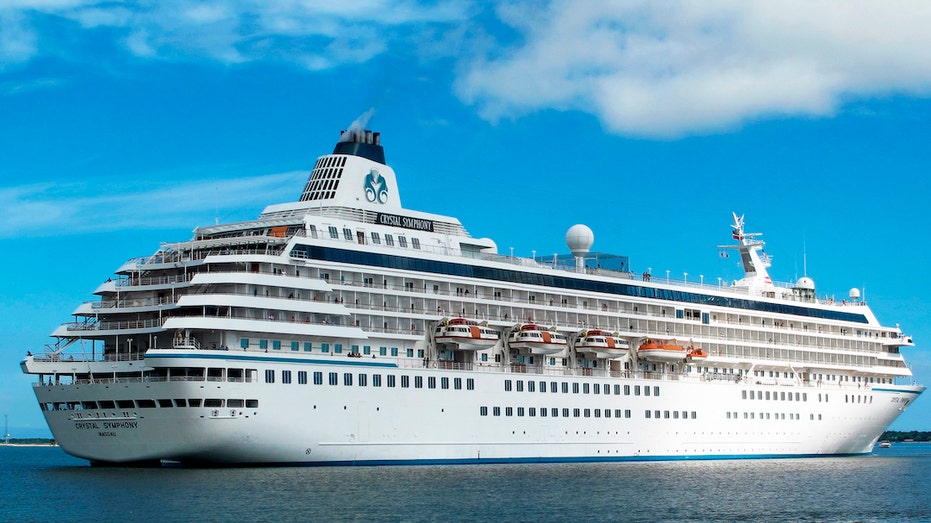 One of the other ships, the Crystal Symphony, was supposed to return to Miami last week but also remained in the Bahamas. That ship's passengers were also ferried back to South Florida.