Samsung is still (comfortably) the champion of 4K TVs, but the South Korean firm now faces a new threat to its crown. One of China’s biggest manufacturers – Konka – is coming to the west. Why is that exciting? Well, this is a company known for its aggressive pricing while still maintaining solid quality.

Unfortunately, the first wave of 4K and High Definition panels are only set to launch in the United States right now.

But there’s still plenty of reasons to get excited. After all, if these Smart TVs – first unveiled at the CES tradeshow back in January – do well, there’s a good chance it will boost Konka’s confidence to roll out its sets to more locations. With any luck, future rollouts will include us here in Blighty.

Arriving in the United States right now are the new H3, U5 and Q7 Pro Series TVs, which start from $139.99 (roughly £107) and rise to, well, they honestly don’t go much higher than that. Konka is flogging its Smart TVs with some seriously low prices. For example, the mid-tier 4K TV powered by Android TV – the operating system that will power the successor to the Chromecast launching later this year  – costs just $249 (£190, converted) for the 43-inch size. 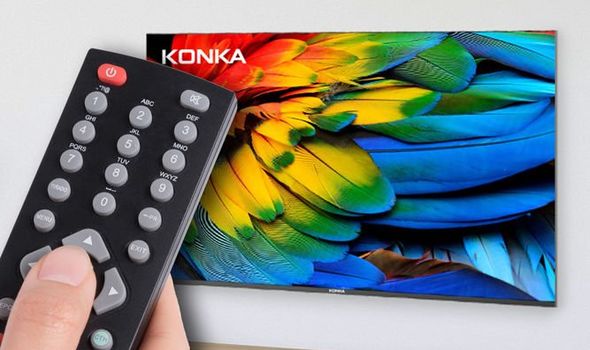 That’s almost Black Friday prices… but all year round.

The Konka H3 is the entry-level model in the range. It ships in 32- and 40-inch screen sizes and starts from $139.99. Next up, the Konka U5 steps up the resolution to Ultra HD (also known as 4K) and brings brighter LEDs and enhanced motion processing to smooth out action on-screen. Finally, the Q7 Pro is the flagship range from Konka.

These add a Quantum Dot filter, similar to the ones found in TCL and Samsung QLED TVs, which promises inky blacks and brighter whites. Q7 Pro offers screen sizes up to 75-inches, which is big enough for most living rooms.

While Konka isn’t a completely new company, it might be worth holding off until the first reviews start to trickle out.

A $249 (£190, converted) 4K Smart TV powered by Android – with all of the streaming services and games available in the Play Store for the operating system – might sound like a deal that can’t leave you disappointed. However, other low-cost 4K TVs have suffered with colour reproduction, motion smoothing and input lag compared with more expensive sets from the likes of Samsung, Philips, Hisense and others.

With any luck, these complaints won’t be levelled at Konka. And the company will launch in the UK ready for some Black Friday discounts.