SAM ALLARDYCE'S start to life at West Brom has not gone to plan with the top-flight's worst-ever home record after three games.

Plenty of managers have lost their first trio of home matches in the Premier League but none as badly as the new Baggies boss. 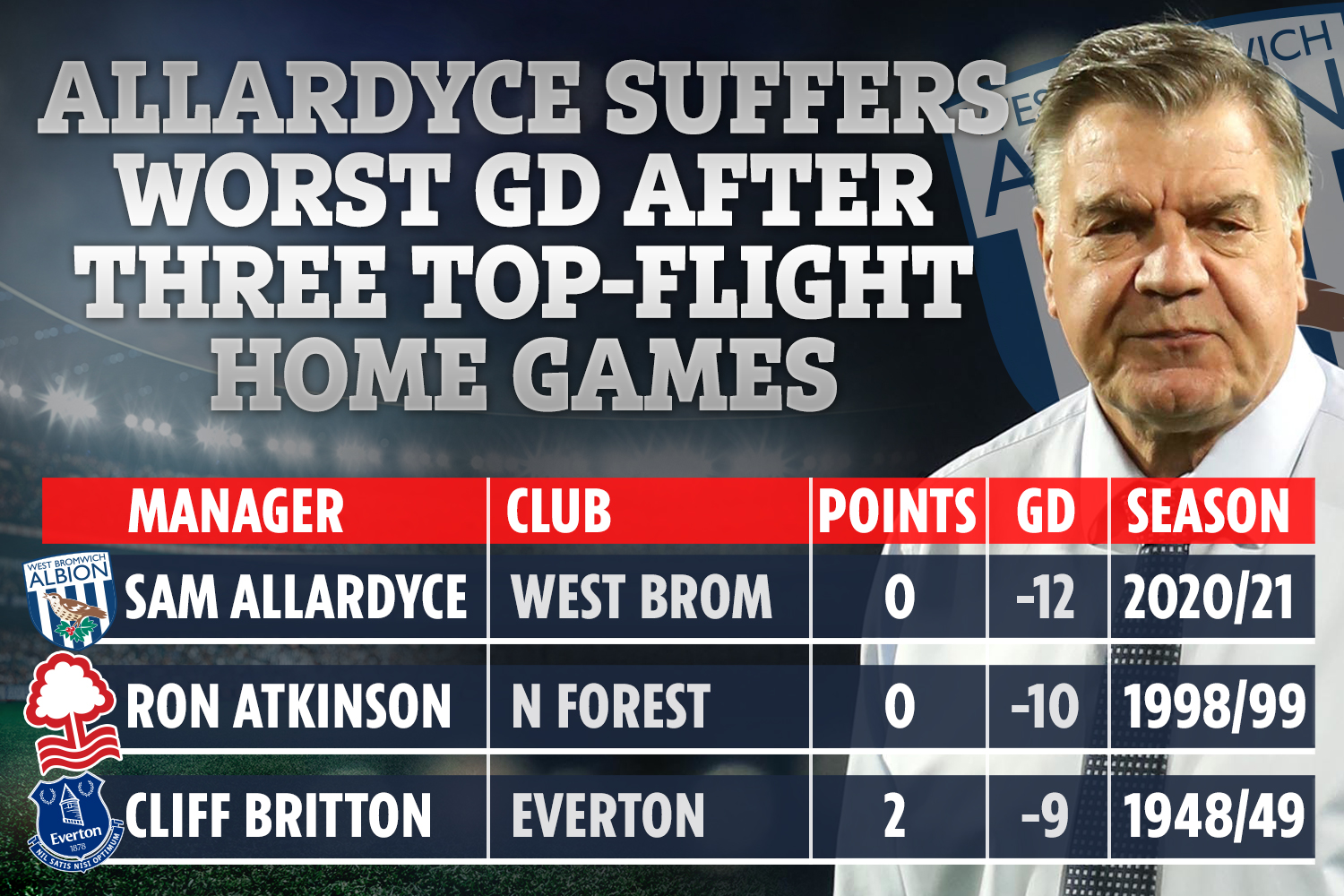 When Slaven Bilic was replaced by Allardyce, 66, last month, a run of games against Aston Villa, Leeds and an out-of-sorts Arsenal was seen as a big opportunity to hit the ground running.

However, Villa claimed a 3-0 win at The Hawthorns before a surprise draw at Liverpool.

Any positivity taken away from Anfield was lost with a 5-0 thrashing at the hands of Leeds.

And Arsenal completed the nightmare start by putting four past the Baggies on Saturday.

That left Allardyce with a record of zero points, zero goals and 12 conceded from his first three top-flight home matches.

According to The Times, that is an English football record for the worst goal-difference after three top-flight home games.

Ron Atkinson previously held the honour thanks to a minus-ten goal difference from three home defeats to open his short-lived spell as Nottingham Forest boss in 1999.

Things didn't start well when he sat in the wrong dugout in his opening match, a 1-0 defeat by Arsenal.

They then were thumped 8-1 by Manchester United and lost 3-1 to Chelsea. 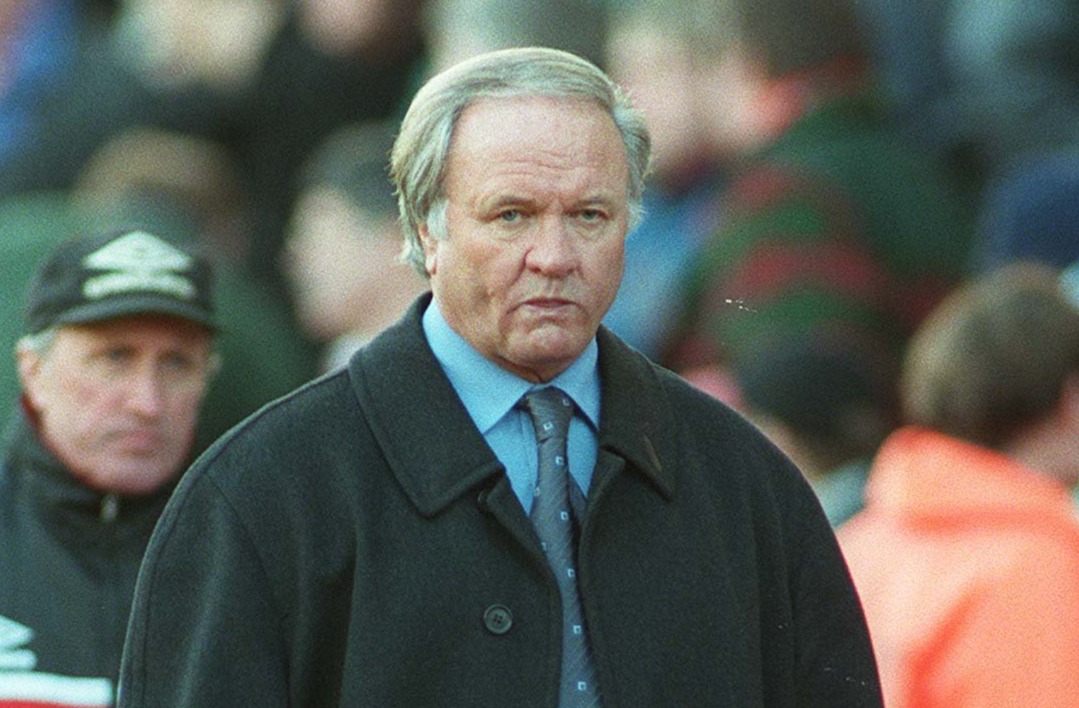 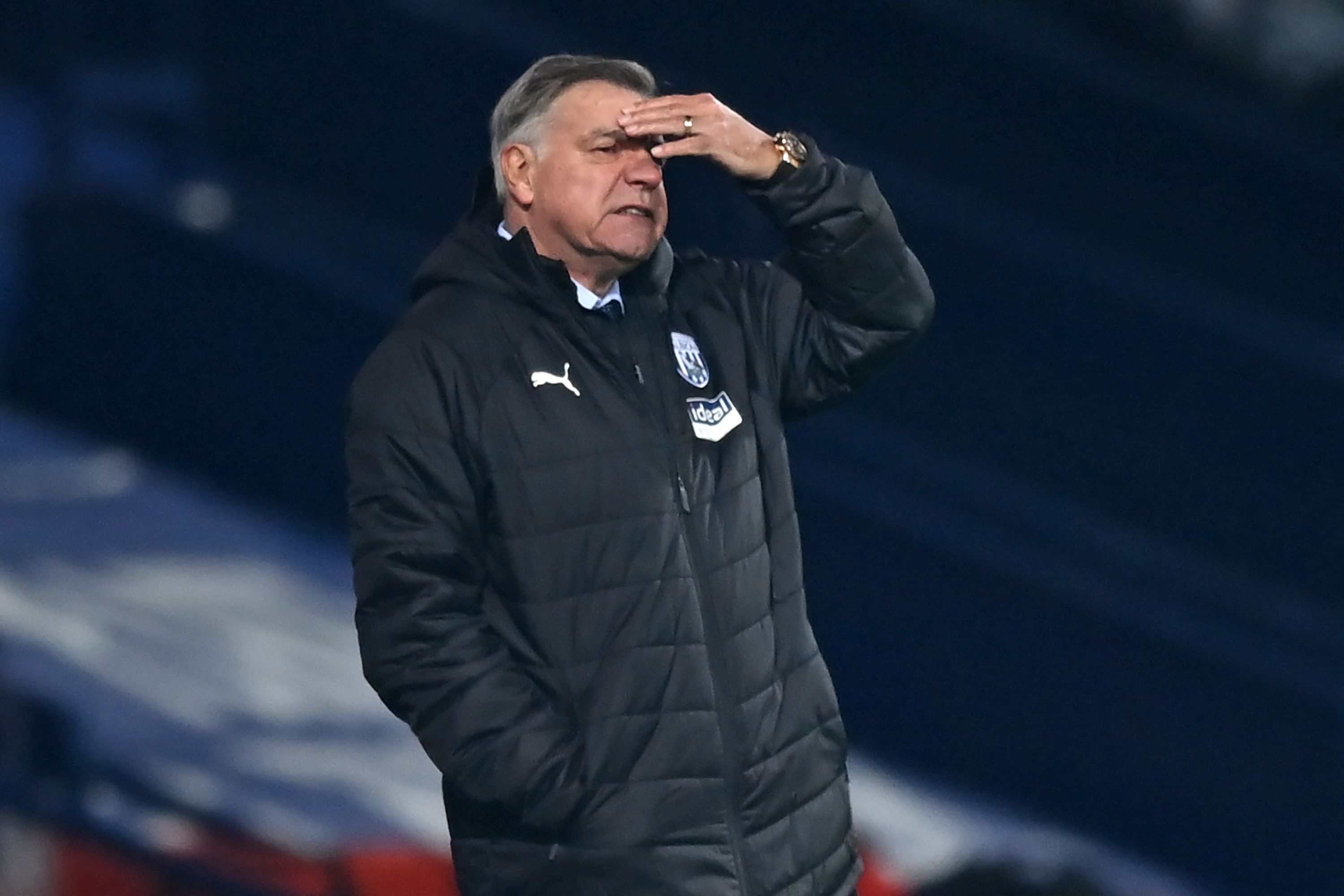 In fact, Forest would lose five home games under Atkinson before finally picking up a point at the City Ground.

Allardyce can, however, take hope from the third-placed manager in this list.

Cliff Britton took charge of Everton in September 1948 and lost two of his first three home games, at a goal difference of minus-nine.

Portsmouth and Birmingham put the Toffees to the sword, both winning 5-0 at Goodison Park, before a win against Stoke put Britton back on track.

Indeed, this is not the only dreadful start Allardyce has endured in the Premier League.

Taking charge of Crystal Palace in December 2016, he suffered defeats to Swansea and Everton before struggling Sunderland romped to a 4-0 win at Selhurst Park.

A spring turnaround rocketed the Eagles to mid-table safety and the team eventually finihed 14th.

With Manchester City, Fulham and Manchester United the next visitors to the Hawthorns, Big Sam has his work cut out to make lightning strike again.