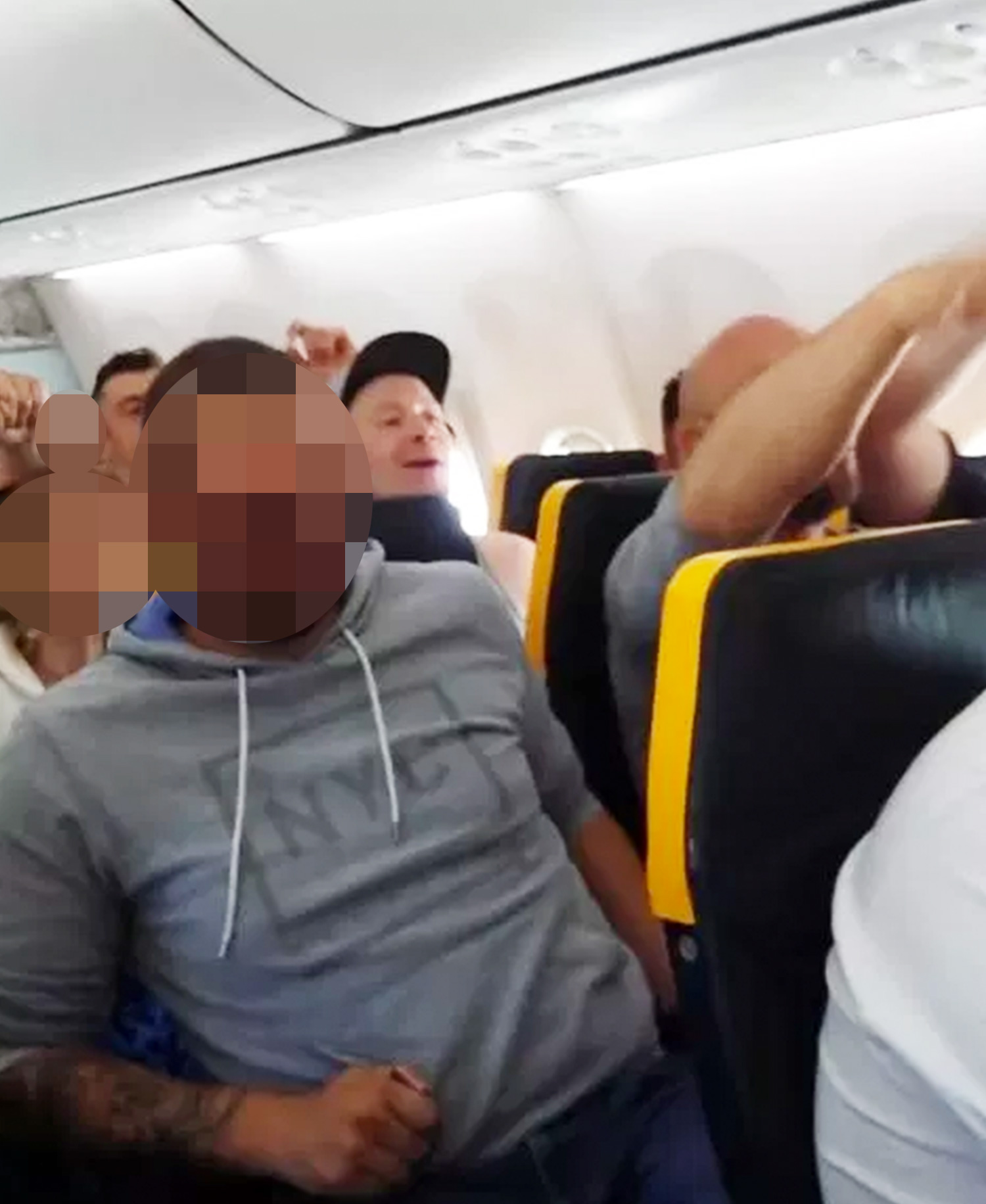 She posted the video to Facebook, explaining that "at least 30 men" spent the flight screaming "racist slurs", while wearing T-shirts with Nazi slogans including Kraft durch Freude (Strength Through Joy).

The ten-second video shows a group of young men chanting on the Ryanair flight.

They appear to be saying "Zigeuner," (translated as "gypsy") which was a racist slur used against Romanian gypsies by Nazis.

At least six of them are singing together with their hands in the air while many of them are laughing and smiling. 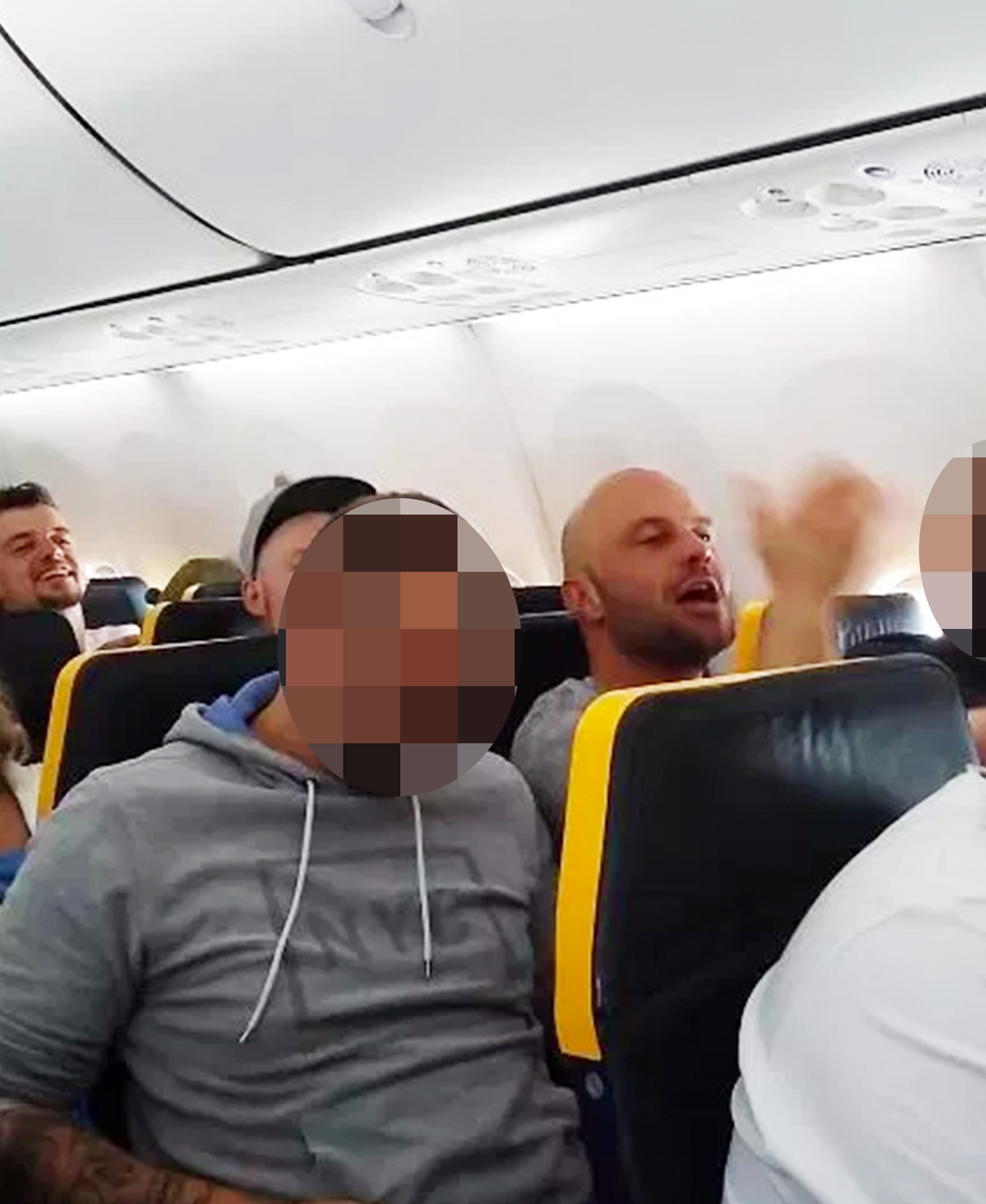 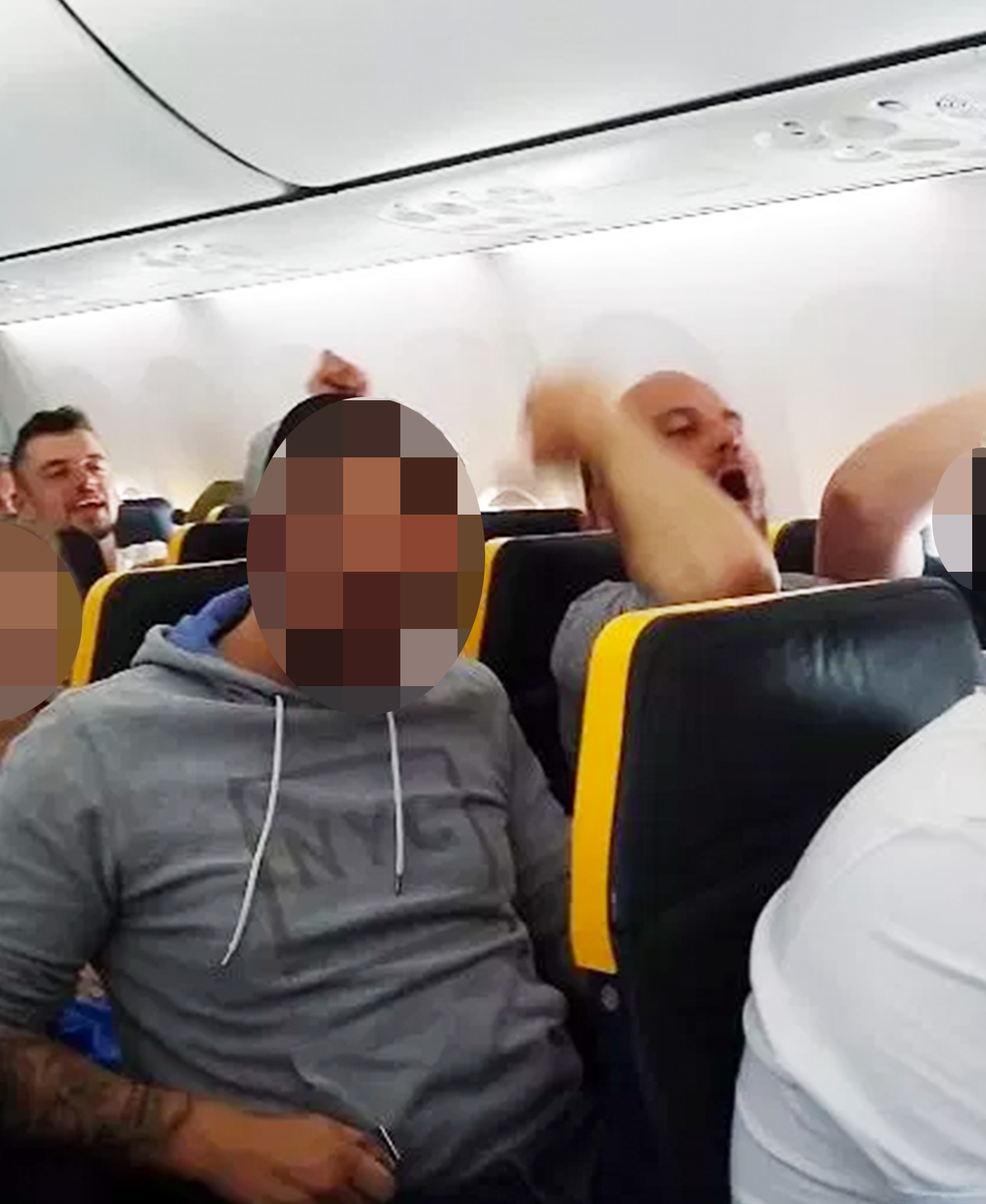 A member of the cabin crew walks past but doesn't appear to do anything.

Elisa told the Independent that they appeared to be drunk when they boarded the flight, and that the entire three-hour flight was "tense and violent" due to their chants.

Despite them also being rude to female travellers while boarding, Elisa said that when she complained to Ryanair staff, they said it was like that on "every plane" doing that particular route in the summer.

Someone posted on Twitter: "Grim. My friend was on @Ryanair flight number FR110 today from Berlin to Majorca with at least 30 drunk and rowdy men, some of whom were wearing T-shirts bearing the Nazi slogan." 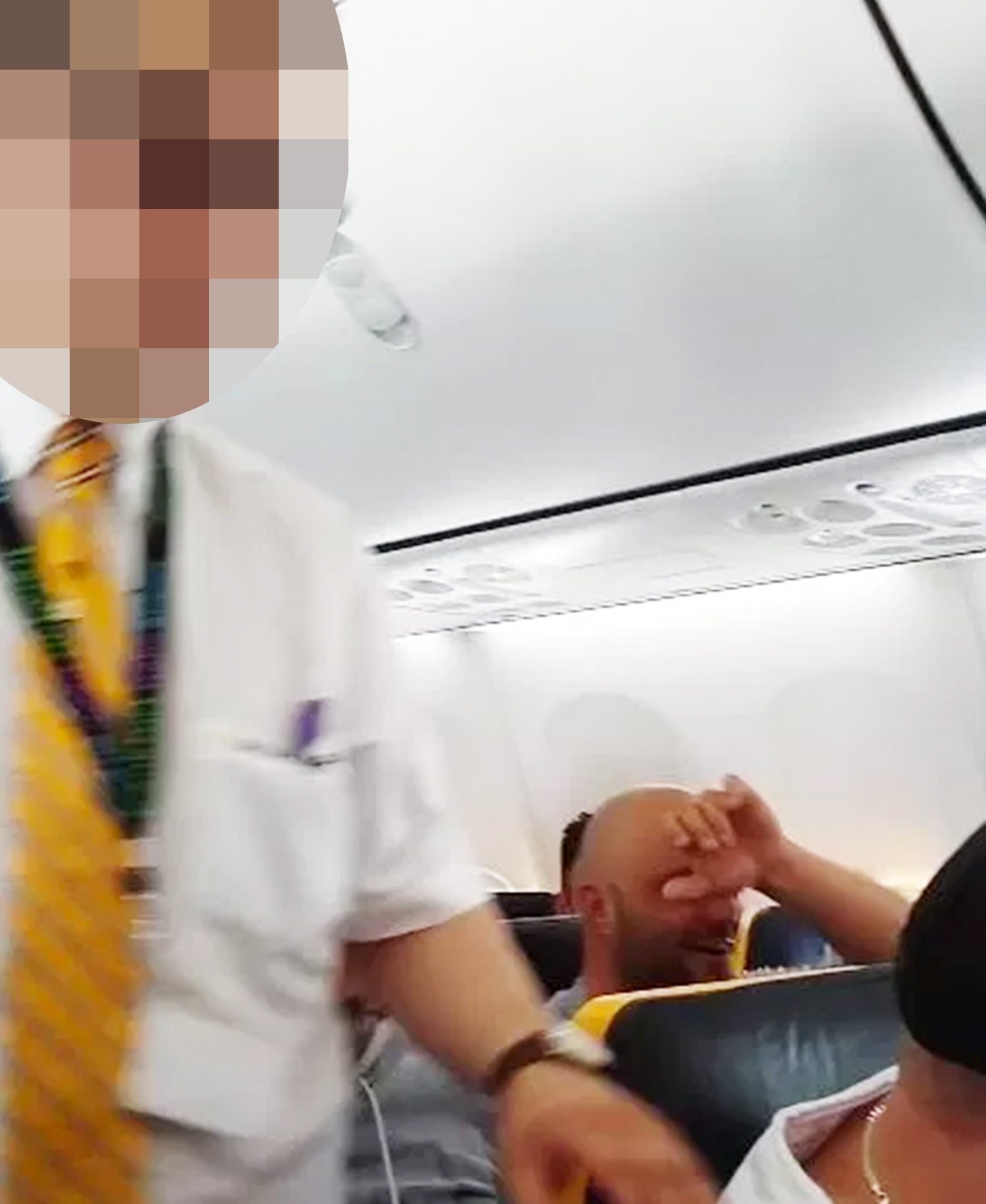 Many expressed their horror in response, with one person tweeting: "Disgusting. I am ashamed for my compatriots."

According to the UK Civil Aviation Authority (CAA), disruptive passengers can include "drug or alcohol intoxication" as well as "threatening, abusive or insulting words".

Most read in travel

A Ryanair spokesperson told Sun Online Travel: "We sincerely regret any misbehaviour by a small group of passengers on board this flight. The group stopped singing when requested to do so by our cabin crew."

Last year, a Ryanair passenger was called a an "ugly black b*****d" by another flyer during a flight which was caught on video.

However, he escaped prosecution after claims the UK did not have jurisdiction over the incident.