Revealed: The 10 words most commonly misspelled on CVs, including ‘initiative’ and ‘perfectionist’ – so, how many do YOU get wrong?

The 10 most commonly misspelled on CVs have been revealed.

More than 2,000 CVs were analysed by Netherlands-based firm Resume.io to determine the words that most often caused problems for job-seekers.

‘Initiative’ was found to be the one people most frequently got wrong and was written incorrectly on almost a third of the applications checked by researchers. 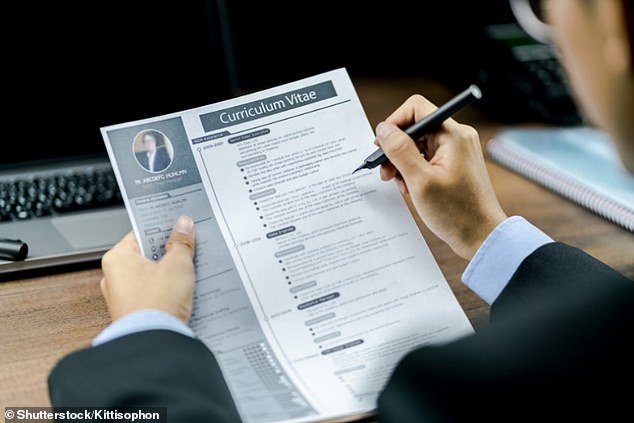 Another common pitfall was, ironically, the word ‘perfectionist’ which was spelled incorrectly in a quarter of CVs, with common interpretations ranging from ‘perfactionist’ to ‘perfectonist’.

The study also revealed words such as ‘management’ (fourth place) and ‘professional’ (fifth place) caused issues with their repeated letters, while ‘achieved’ (eighth place) caught people out with its placement of the ‘i’, meaning many wrote ‘acheved’ or ‘acheived’ instead.

Four-syllable words including ‘implemented’ and ‘corresponding’ (joint sixth place) were misspelt across 14 per cent of the CVs analysed.

Expert tips for perfecting your CV

1. Read through your CV thoroughly before sending it to make sure there are no grammatical errors. A second opinion from a family member or friend might help too.

2. When using spell check, ensure it is correcting your words to UK English, instead of US English.

3. Try to keep it concise and structured – you don’t need fancy language to come across as a good candidate.

4. Use online tools, such as Grammarly, which will spot your mistakes faster than you can.

Words such as ‘accurate’ (ninth place) and ‘succeeded’ (tenth place) also caused problems, seemingly due to the double consonants.

A staggering 41 per cent of job-seekers said they have guessed how to spell words on their CV, while nearly a quarter of Britons believe their application was to blame for not landing a job.

And unsurprisingly, 73 per cent of managers revealed that multiple spelling mistakes would make them less likely to hire or even offer an interview to an applicant.

Menno Olsthoorn, a spokesman for Resume.io, commented: ‘Quite a few people even misspelled the name of their employer (for example, MacDonald’s instead of McDonald’s).

‘Curriculum vitae was also misspelled regularly, while “professional” and “accurate” are two words that you really want to spell correctly.’