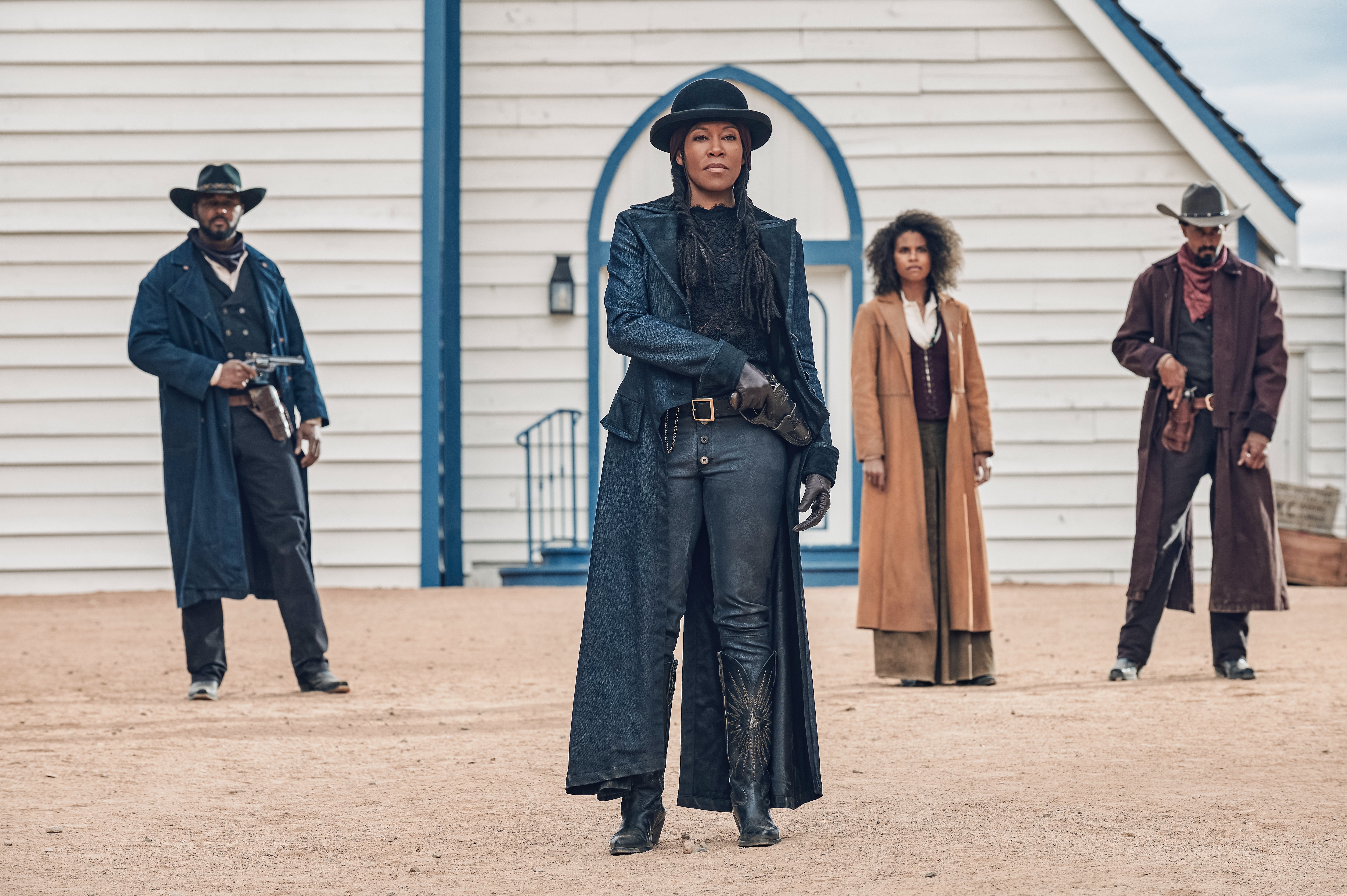 No, you’re not dreaming—Regina King, Idris Elba, Jonathan Majors, LaKeith Stanfield, and Zazie Beetz really are starring in a Western called The Harder They Fall, directed by Jeymes Samuel, and the trailer is finally here.

In the trailer, King, dressed as a very chic cowgirl, rides up to the front of a train on a horse, stops a conductor in his tracks, and shoots him dead before he can utter a racist slur. She and her band of outlaws hop on the train and commit a highway robbery of sorts, freeing a prisoner from the inside of the locomotive.

The star-studded cast puts Majors in the shoes of Nat Love, a character based on a real-life cowboy who became infamous shortly after the Civil War. In the film, he gets his gang back together to avenge the death of his parents and kill Rufus Buck, whom King and Stanfield’s characters help escape the clutches of the law. Nat Love enlists Stagecoach Mary (Beetz), Bill Pickett (Edi Gathegi), and Jim Beckwourth (R.J. Cyler) to help him enact revenge.

In addition to Nat Love, many of the characters are also based on real people. Elba plays Rufus Buck, another famous 19th century outlaw; Beetz stars as Nat Love’s former paramour Stagecoach Mary, also a real person who became the first African-American woman to be a star-route mail carrier (though was not employed by the United States Post Office); Stanfield stars as Cherokee Bill, a mix-raced son of a Buffalo Soldier who became infamous for murdering eight men and was known to terrorize Indian Territory with his gang; and Delroy Lindo plays Bass Reeves, a law enforcement officer who was the first Black deputy U.S. marshal west of the Mississippi River.

Fans of King will know that Bass Reeves also plays an important role in Watchmen, the series for which the actress recently won an Emmy. In The Harder They Fall, she plays a character named “Treacherous” Trudy Smith (not based on a real person).

The Harder They Fall was co-produced by Jay-Z, James Lassiter, and Lawrence Bender. Select theaters will screen the film this fall, as it will concurrently be streamed on Netflix as well.