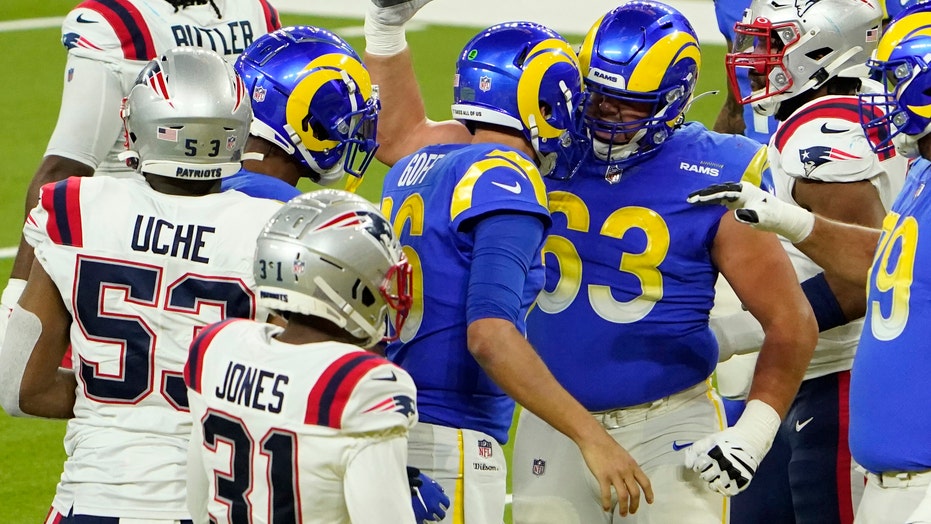 The Los Angeles Rams needed a complete game to stymie the visiting New England Patriots in the teams’ Super Bowl LIII rematch and got just that Thursday night.

A big defensive effort and a rushing attack led by Cam Akers helped Los Angeles to its ninth win of the season, 24-3. It was their first regular-season matchup since 2016.

CARDINALS' LARRY FITZGERALD UPDATED HIS WILL, LOST WEIGHT DURING BATTLE WITH COVID-19

The rookie running back led the Rams with 171 rushing yards on 29 carries. It was the most rushing yards by a rookie since Jerome Bettis ran for 212 in Week 13 during the 1993 season against the New Orleans Saints. Akers didn’t score a touchdown while Bettis had one in his dominant performance.

Rams quarterback Jared Goff had two touchdowns in the game. He scored his first from the goal line on a quarterback sneak in the first quarter. He then hit Cooper Kupp for a 2-yard touchdown pass in the third quarter. He finished 16-for-25 with 138 passing yards and the touchdown. He threw one interception.

Los Angeles’ Kenny Young made a big play in the first half returning a Cam Newton pass for a touchdown. It was his first interception of the season. He also had one sack.

Newton finished 9-for-16 with 119 passing yards and was sacked four times.

The Rams moved to 9-4 on the season and still have a lead over the Seattle Seahawks in the NFC West. The Rams also hold the tiebreaker for now on the Seahawks.

The Patriots drop to 6-7 on the season and fall a bit further out of the playoff race.