Special schools would be phased out across Australia and funding instead allocated to help all students with a disability study in mainstream schools under a plan by the nation’s peak disability advocacy group for young people.

Children and Young People with Disability Australia chief executive Mary Sayers said the organisation was calling for federal funding for the plan to be created and rolled out over a decade. 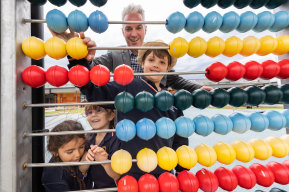 “Under the UN Convention on the Rights of Persons with Disability, which is the international law, only inclusive education can be provided in schools where students can be educated alongside their non-disabled peers,” she said.

She said parties that were signatories to the UN convention, which included Australia, were required to phase out segregated disability education.

Professor Andrew Whitehouse, the Bennett Chair of Autism at the University of Western Australia, supported the plan but said it was a “big job”. He said the system was currently unsuitable for many children, particularly those on the autism spectrum.

Whitehouse said removing specialist schools without a fully inclusive system could backfire, leaving a significant proportion of students with no schooling option.

“It requires significant investment, proactive and innovative thinking, and it requires a policy framework that will endure across government,” he said.

A recent federal government report into school education found that about 20 per cent of students in 2020 needed some education adjustment in government, independent and Catholic schools due to disability.

Sayers said state and territory governments were investing in special schools rather than in resources for students with disability in mainstream schools. She estimated it would cost about $5 million to develop a national inclusion plan.

“Many don’t believe that full inclusion is possible, but with the right funding and school cultures it is possible and many schools are already doing this,” she said. 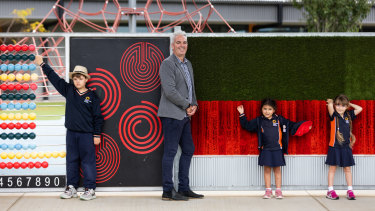 Armstrong Creek School already operates as inclusive education. The school caters to both students with and without a disability. Principal Evan Savage with Eli, 10, Andina, 5, and 6-year-old Arianna. Credit:Jason South

Armstrong Creek School, in the Victorian city of Geelong, is one. Principal Evan Savage, a former teacher at a special school, helped design a pioneering primary and secondary school to cater for students with all abilities.

He said Armstrong Creek had high staff-to-teacher ratios, with both mainstream and special educators working collaboratively.

“It can happen, it can be done. We are doing [full inclusion] at a primary school level, they learn together and it’s our job to ensure the appropriate support is provided for all students, not just students with disabilities,” he said.

A federal government spokesperson said all Australian schools were required to provide reasonable adjustments for students with disabilities so they could participate in education on the same basis as their peers, and needs-based funding was provided to support schools to meet these adjustments.

He said the federal government had a clear plan to ensure students with disabilities were supported under the National Disability Insurance Scheme.

“The NDIS is designed to complement not replace the education system that states and territories provide,” he said.

Victorian Minister for Education James Merlino said the government had invested $1.6 billion into reform to make schools more inclusive and would give families the option of either an inclusive mainstream school or a special school.

“Students with disability deserve exactly the same access to a great local school as all their peers,” Merlino said.

Sayers said they weren’t looking to force or disrupt students and families in the current system. The plan would include a phased approach, transferring expertise from special schools to mainstream schools and modifying curriculums to cater to all students.