Prince Harry is finally flying across the pond to visit his grandmother after months in the US, but will wife Meghan Markle be with him? And will Queen Elizabeth strip his titles — or his visa — after his biting comments on the Biden-Trump race?

Questions are swirling around Buckingham Palace once again after staffers received orders to get the royal couple’s former home, Frogmore Cottage, ready for a visit soon from Harry, The Daily Mail reported.

No mention, though, was made whether Markle is coming along, and that has tongues wagging — as does the purpose of the visit, which insiders speculate will be a tough conversation between the 94-year-old Queen and her grandson about his call on American voters to “reject hate speech, misinformation and online negativity” and the fallout from what one GOP congressman described as foreign election meddling.

“Harry and Meghan have burnt some significant bridges that may be beyond repair,” royal biographer Penny Junor told The Mirror. “Right now, that doesn’t seem to bother them. And I can’t see Meghan ever wanting a way back.”

The get-out-the-vote message, made with Markle, has offended Trump supporters — and the president himself — who consider Harry’s words to be an tactic endorsement of Democrat Joe Biden.

Rep. Jason Smith (R-Missouri) is so hot under the collar that he wrote a letter to the British ambassador requesting that the Queen tell the royal couple to shut up or strip their titles and privileges.

Smith acknowledged the Duke and Duchess of Sussex are private citizens, but that their titles carry weight with Americans and give the impression that they speak for the Royal Family. 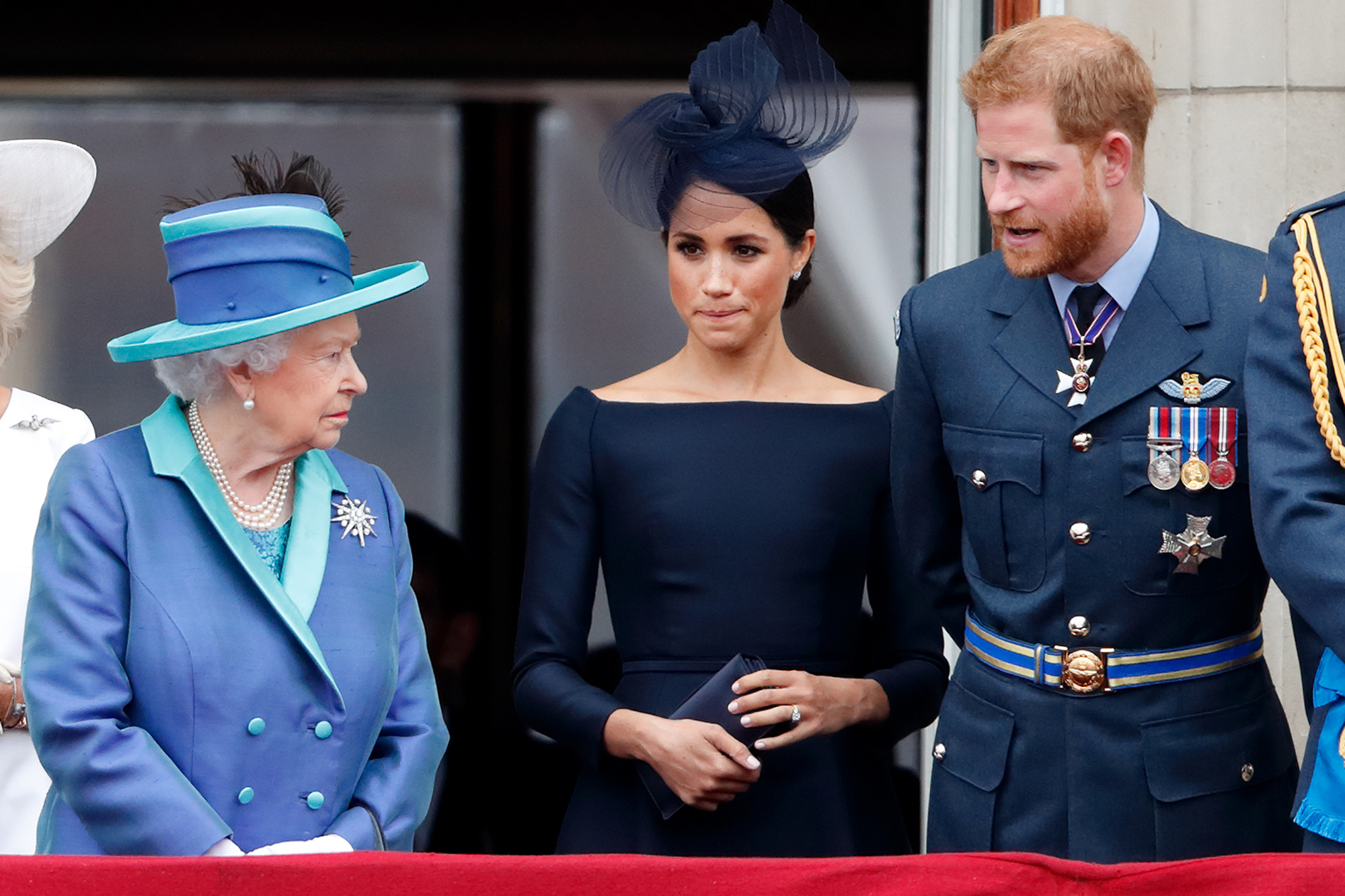 The Queen distanced herself from all the politics talk, stating the Duke “is not a working member of the royal family” and was speaking in “a personal capacity.”

Smith’s request — about both titles and privileges — could be seriously considered by the Queen, especially if Prime Minister Boris Johnson formally advises her to remove the titles.

The congressman’s reference to privileges touches on Harry’s immigration status, which isn’t clear because the US treats the matter as private and he hasn’t ever commented on it.

The prince could be on a two-year immigrant visa as the spouse of an American or a diplomatic passport because of his royal ties.

If Harry has a diplomatic passport, he breaches diplomatic protocol if he speaks about politics in any way and he can’t make political donations.