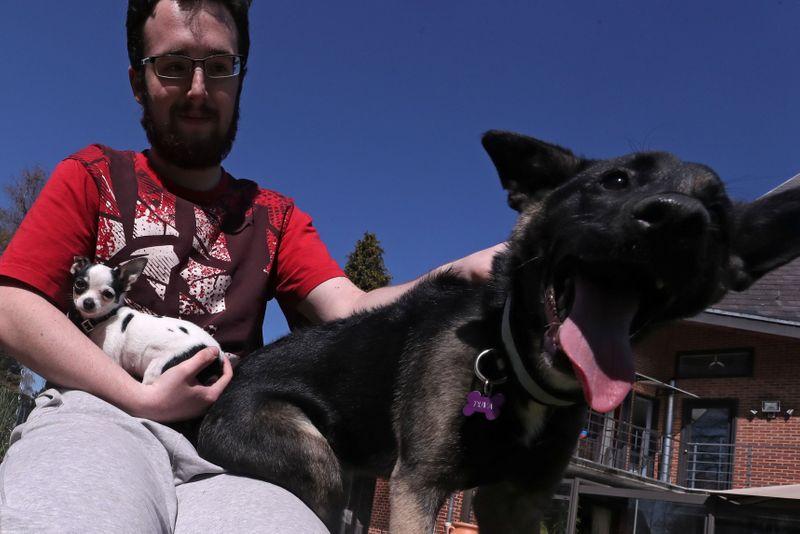 PERWEZ, Belgium (Reuters) – A Belgian animal shelter that saves 1,600 abandoned and mistreated cats and dogs a year has seen a spike in adoptions and fewer pets left on the streets since the coronavirus outbreak in the past month.

Belgium has entered a fourth week of lockdown, including the closure of restaurants, cafes and many shops, but the Sans Collier (French for ‘without a collar’) refuge has been allowed to stay open.

Sebastien de Jonge, the shelter’s director, said there had been a 15% increase in adoptions, a 25% decline in the number of animals it had taken in and a doubling of interest from people wanting to adopt. But there was still a substantial number for whom the answer had been a polite “no”, or at least “not yet”.

“The confinement is for us, you could say, positive for adoptions because a number of people who had thought for the past months or years of adopting they find it is the right moment now to come and take an animal,” he said.

However, the shelter has filtered out people who had not shown previous interest and, for example, had simply called to say it made sense to have a dog as a companion during lockdown.

“We’d have to say ‘no’, think about and it and maybe come back later. It’s something you really have to give serious thought to,” de Jonge said.