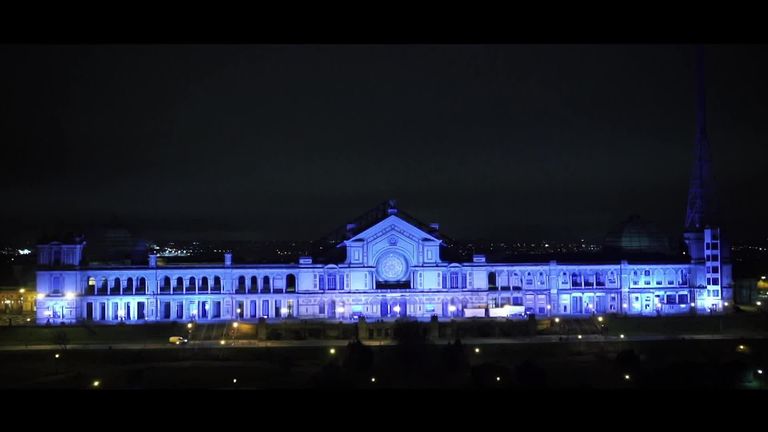 After the most unpredictable of darting seasons the PDC World Championships begin on Tuesday, and the Sky Sports experts have delivered their tournament predictions.

World champion (and why?) Rod Studd: It’s as open as it has even been at Alexandra Palace and because of what has happened over the last few months a host of names are now amongst the contenders but how will they react to Ally Pally, a crowd, albeit small? It won’t be the sanitised environments they have been used to – for that reason I think normality will return and while he hasn’t been invincible Michael van Gerwen is still the most likely man to win it.

Mark Webster: I am going for Michael Van Gerwen. First at the Grand Slam there was a bit more ruthlessness to him there which he backed up to win the Players. By his standards, he hasn’t won much this year and I’ll think he’ll be so determined to win this one.

Colin Lloyd: I think Michael van Gerwen is looking good again. He’s looking like a winner again, and I think winning the Players Championship Finals might have just given him that kick he needed to start pushing on again.

John Part: Peter Wright will fully enjoy the defence of his title gets his timing tuned to perfection.

Stuart Pyke: Gerwyn Price. I think in the bottom half of the draw, after the year he has had, he is ready. Now we will see if he can be willing and able. Of all the defeats he has suffered over the last 2-3 years, getting to the Worlds semi-finals last year and losing the way he did hurts the most.

Dave Clark: Van Gerwen for me, a fourth world title for him. He won the Players’ Championship Finals a couple of weeks ago and that was a good message to send out because he hadn’t won for a while. Winning becomes a good habit but also when you’re not winning, that also becomes a habit as well so I think Van Gerwen will be timing everything right for this World Championship.

Keith Deller: Peter Wright can defend his title, he has been playing consistently all year.

Laura Turner: I’m backing Michael Van Gerwen to reclaim his World Championship crown. I know his form has been up and down throughout the year, but he is the world No 1, and comes into the event full of confidence following his win at the Players Championship Finals. He has obviously worked hard to get back to top form and it’s showing again in his recent performances.

Nigel Pearson: Michael Van Gerwen. Never write him off. He’ll be pumped for this, more than any other tournament this year.

Emma Paton: Michael van Gerwen. A couple of months ago I would have named a different world champion but MvG seems to have got his mojo back! His recent win at the Players Championship Finals will have given him a much-needed confidence boost and I think the long set-play format will play into his hands.

Stuart Pyke: Michael Van Gerwen. Winning the Players’ Championship was huge, but it’s not going to be easy with his draw which I think might be the toughest. His confidence has grown and he is the man to beat in that top half. 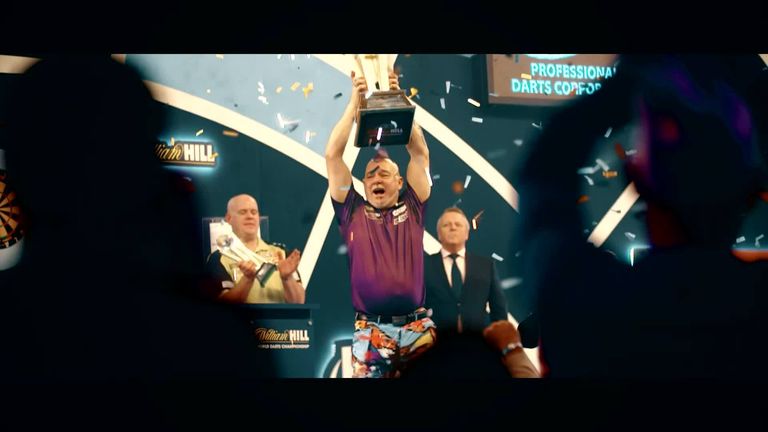 Nigel Pearson: Peter Wright. He will come good when it matters.

Colin Lloyd: You cannot look much further than Peter Wright or Gerwyn Price. I think Price is going to push all the way to the final this year, but I think where MvG has the experience of playing in world finals, I think he’ll just edge him in the final.

Mark Webster: I think we will get the predictable final and Gerwyn Price will come through to reach the final and go one better.

Rod Studd: Peter Wright and Gerwyn Price will be the favourites from that half but James Wade for me could come through, he goes unconsidered despite his major record because his Worlds record is not so good.

Emma Paton: Gerwyn Price. Whatever happens at Ally Pally, what a year it’s been for the Iceman. He’s certainly worthy of the crown after his performances throughout 2020 but I don’t see him winning it this time around. It will be intriguing to see what difference a small crowd makes to Price and hopefully he comes into the Championship revitalised after some time at home. 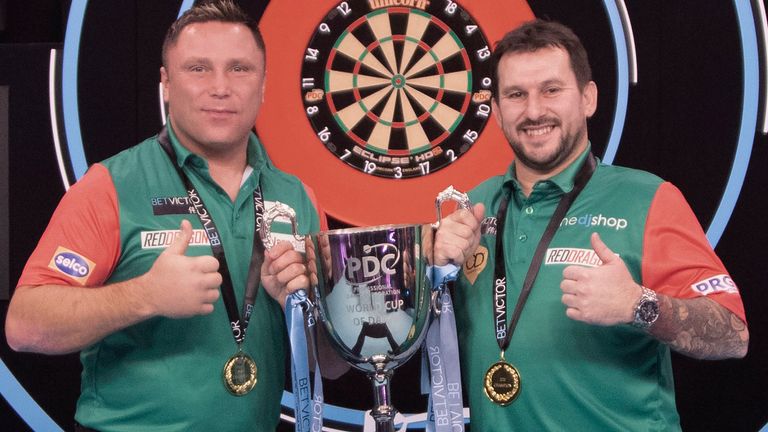 Keith Deller: Michael Smith is always at the business end at the majors and the set-play format I think will help him once again.

Dave Clark: I think Van Gerwen, Michael Smith and James Wade are potential winners this year. It would be great to see James Wade (win it). He has been the ‘nearly man’ for so many years. He’s been the greatest player never to win the World Championship. I like the way he’s playing. He seems mentally just right as well.

Laura Turner: My sensible head says Gerwyn Price; the most consistently in-form player of 2020, but he is in the very competitive fourth quarter and will need to overcome potential challenges from either Jose De Sousa who was unstoppable on his route to winning the Grand Slam of Darts, or Mervyn King – who pushed MvG all the way at the Players Championship.

John Part: Michael Smith will play too well to lose to himself, or anyone else…..until the final.

Colin Lloyd: I know he could walk into Adrian Lewis in the second round, but he’s got to get through his first round yet. I really like the look of Damon Heta – his composure and the way he goes about his game. 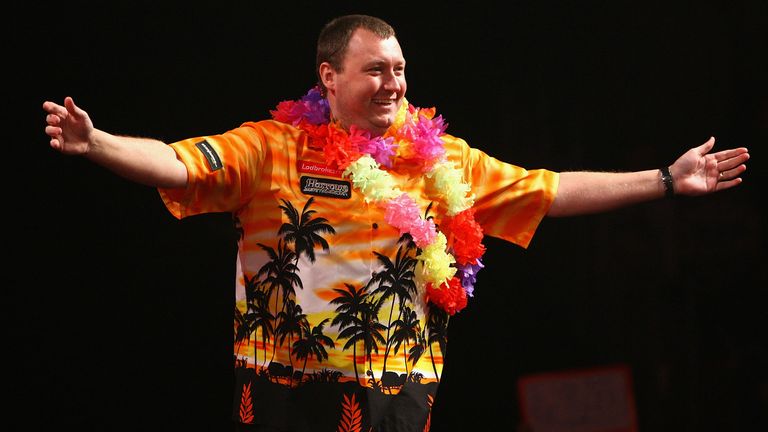 Dave Clark: Devon Petersen has been playing well. I think he was about 200/1 when I last saw the odds. Jose de Sousa also looks like another potential good player coming through so those two have caught my eye.

Rod Studd: There are so many players who are capable of a level that could get them into the latter stages that we wouldn’t be surprised! Jeffrey de Zwaan is capable of stringing four or five results together which we saw in the Matchplay. He hasn’t shown it recently but we would be surprised? Simon Whitlock has looked good and reached the final before, albeit when the stage was the other way around. He must feel good about his game and has a couple of wins over Michael Van Herwen too.

John Part: Ross Smith, just a hunch, this fella can ruin people’s days and will fancy his chances.

Emma Paton: Ryan Searle. A top player whose game has gone up a level this year, and I think he could cause some trouble in the third quarter of the draw. There are dangerous players in this section, but I think Searle could be a handful for the likes of Ian White and James Wade – especially if they’re not at the top of their game.

Laura Turner: I said Damon Heta last year and I’ll say it again. Not that a deep run would be as much of a surprise this year as he has had some great performances, but I could see him winning the second quarter of the draw, making the semi-finals. I can also see Simon Whitlock having a deep run this year, it wouldn’t be a shock if the World Championship title goes south of the equator this year! 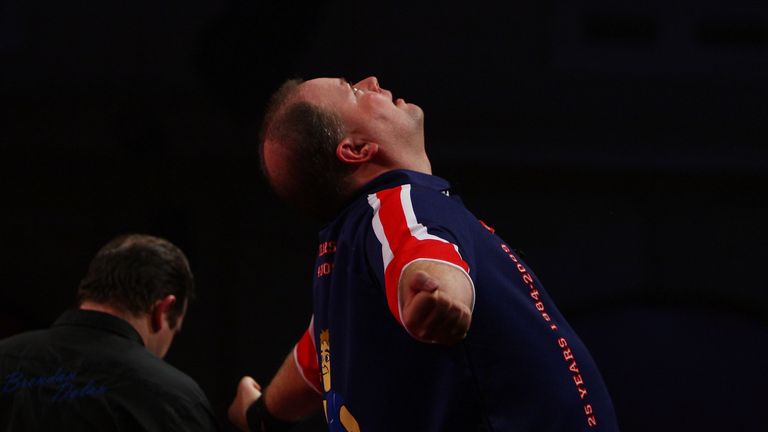 Mark Webster: I think Ryan Searle could go as far as the quarters. He played well at the Players to batter Dimitri Van den Bergh and was unlucky at the Grand Slam. He has got a good record at the worlds and his section of the draw is not too bad.

Keith Deller: Simon Whitlock will have so much confidence beating MvG in three successive majors and knows he is one of the players coming into the tournament in top form.

Stuart Pyke: Nathan Aspinall will go a long way again and despite a couple of semi-finals in the last two years he is going under the radar this year. They’ll be shocks in the first couple of rounds but I think the cream will rise to the top.

John Part: Rob Cross is in the thick of death alley in the draw and is likely to face Dirk van Duijvenbode, who proved himself in the set format at the World Grand Prix.

Keith Deller: Ian White is still uncertain for me in the big majors. Kim Huybrechts is playing a lot better these days and if he comes through the first round he can cause Ian a lot of problems.

Colin Lloyd: I do worry for Daryl Gurney. Daryl just hasn’t been the player that I know he can be this year. Unless he has done something to drastically change his game over the last couple of weeks, I can see Daryl struggling.

Mark Webster: Adrian Lewis may have slipped down the rankings but he is a two-time champion and to be down where he is has been tough – and he has been given a nightmare draw, especially if Damon Heta comes through. Dave Clark: There’s a lot of pressure on Peter Wright to perform this year. The defending world champion – that comes with a lot of pressure, and it will be interesting to see how he copes with that pressure. I’m not saying he’ll fail but it could be difficult.

Emma Paton: Daryl Gurney. The end of the year probably can’t come soon enough for ‘Superchin’ who has been dropping down the rankings. He could face Willie O’Connor in the second round who has been playing some very good darts lately and it certainly won’t be plain sailing for Gurney.

Stuart Pyke: Steve West should get past Gilitwala, and he is one of three or four players Peter Wright would not want to have drawn. West is playing well and Peter survived match darts in the second round last year. 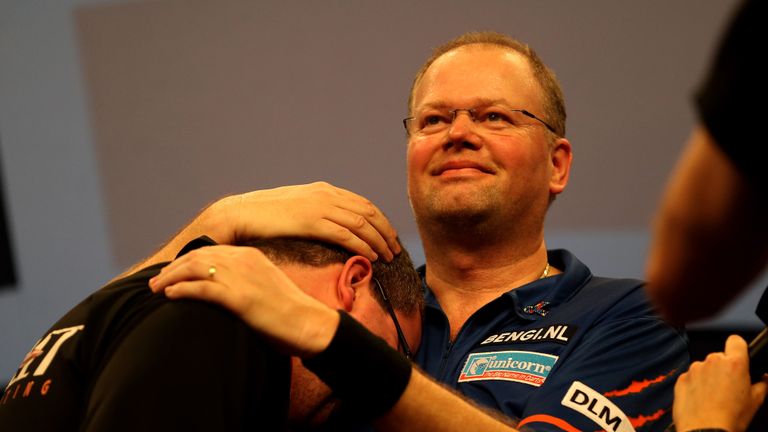 Laura Turner: If 2020 is anything to go by, there could be a few! Both Chris Dobey and Rob Cross have had some real mixed results this year. Dobey has been brilliant on the home tour but struggled at the big events whilst Cross seems to be struggling with his rhythm and unable to get over that winning line. Both have potentially tough opening matches with Cross facing either Dirk Van Duijvenbode or Bradley Brooks and Dobey against either Jeff Smith or Keane Barry.

Nigel Pearson: Daryl Gurney. He hasn’t been anywhere near his best of late.

Rod Studd: Rob Cross hasn’t been in form but could be inspired by the memorable success of a few years ago to raise his game. Glen Durrant hasn’t played too well of late and even Peter Wright, whose section of the draw is so tough. If he comes through his first match, Niko Kurz or Gabriel Clemens could await and that is not an easy game.

You won’t miss a dart this Christmas thanks to the dedicated Sky Sports Darts channel which returns from December 15 until January 4 for every session from the World Darts Championship, including the final on Sunday January 3