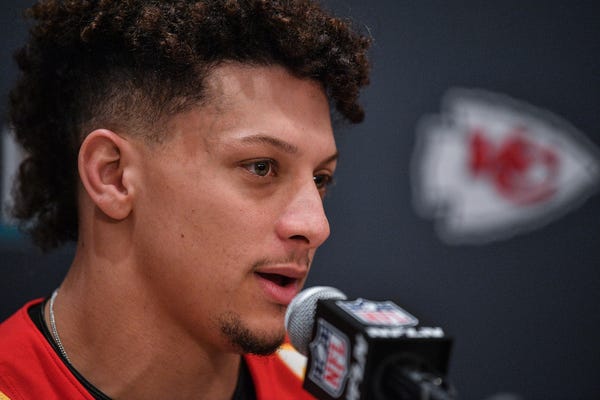 Patrick Mahomes says he barely heard any boos from fans during a moment of silence held between the Kansas City Chiefs and the Houston Texans before the NFL's opening game on Thursday.

Both sets of players stood in silence in the middle of the field before kick-off at the Arrowhead Stadium in dedication to "the ongoing fight for equality."

Boos from the stands were clearly audible on TV broadcasts, but Mahomes said that in the center of the field things were different.

"I talked to Deshaun [Watson] a good amount and to some other guys on the Texans as well, as well as talking to our team, and I thought we came out with a great plan, obviously for us as the Chiefs, but also with the Texans showing unity on the field," Mahomes said after the game.

"Being down there, honestly I didn't hear a lot of booing. I've seen a little bit of the videos after.

"We wanted to show unity and we wanted to come together and keeping fighting the good fight, and I hope our fans will support us on our game every single day."

Despite Mahomes saying he could not hear many boos, Texans defensive end J.J. Watt says the jeering was clear.

"The booing was unfortunate during that moment. I don't fully understand that," Watt said. "There was no flag involved, there was nothing involved with that besides two teams coming together to show unity."

The Chiefs, last season's Super Bowl winners, beat the Texans 34-20 on the night.