Packaging of popular branded products is less recyclable in the UK compared with other countries — with Pringles, M&Ms and KitKats found to be the least eco-friendly

Popular branded products come in packaging that is less easily recycled in practice in the UK than in other countries, the consumer group Which? has revealed.

The watchdog joined eight international consumer groups, together representing 1.8 billion people, to look at the recyclability of 11 common products in different nations.

Of the nine countries examined — among whom were Australia, Brazil and France — the UK ranked fifth with 32 per cent of packaging tested not being easily recyclable.

This was just better than the average for all the countries of 35 per cent — which was dragged down by low recyclability rates in Brazil (92%) and New Zealand (57%).

Of the products tested, the worst offenders in the UK were KitKat Four Fingers and 125g packets of peanut M&Ms, whose wrappings were not recyclable in the UK.

Meanwhile, only 8 per cent of tubes of Pringles’ Rice Fusion ‘Peking Duck with Hoisin Sauce’ flavour were recyclable in the UK.

However, regular 150 ml Coca-Cola bottles, Nescafé Original coffee jars and Dove nourishing silk body wash were all found to be 100 per cent recyclable in the UK.

In the study, packaging was considered easily recyclable only if there was an existing collection, sorting and processing system available for consumers to use. 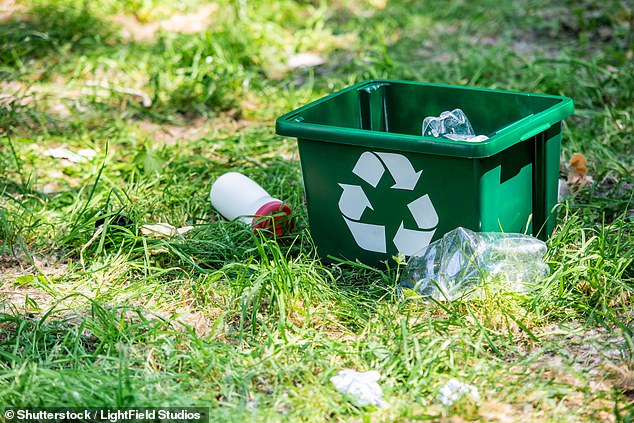 Popular branded products come in packaging that is less easily recycled in practice in the UK than in other countries, the consumer group Which? has revealed (stock image) 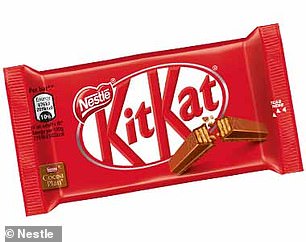 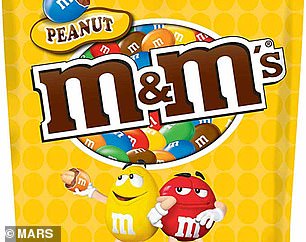 Of the products tested, the worst offenders in the UK were KitKat Four Fingers (left) and 125g packets of peanut M&Ms (right), whose wrappings were not recyclable in the UK 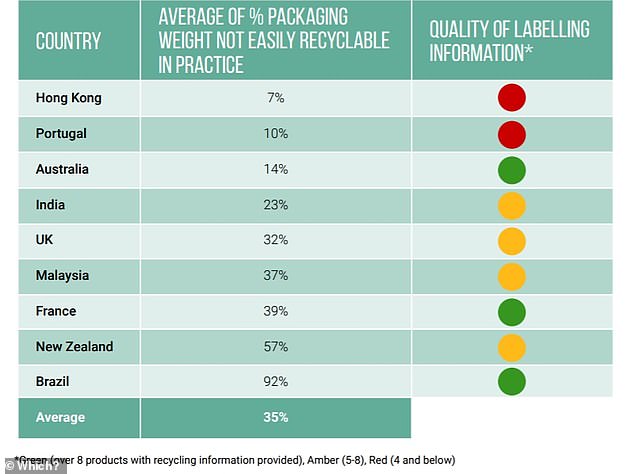 ‘While many types of packaging can be recycled in household collections, the UK is lagging behind some other countries when it comes to packaging recyclability.’

‘Manufacturers must do more to ensure their packaging can be easily recycled.’

‘The government should make recycling labels on grocery packaging mandatory, simple and clear – enabling shoppers to know exactly how to dispose of packaging on the products they use.’

According to Which?, and improvement in both recycling infrastructure and product manufacturing would have a significant impact on the recyclability of product packaging in each of the nine countries examined in the study.

However, they added, ‘more can be done to improve the recyclability of grocery packaging in the UK.’

The study also looked at the quality of recycling labelling on each of the 11 products across the different countries — finding that none provided clear information consistently across all nine nations.

In fact, a third did not have any recycling information printed on them. 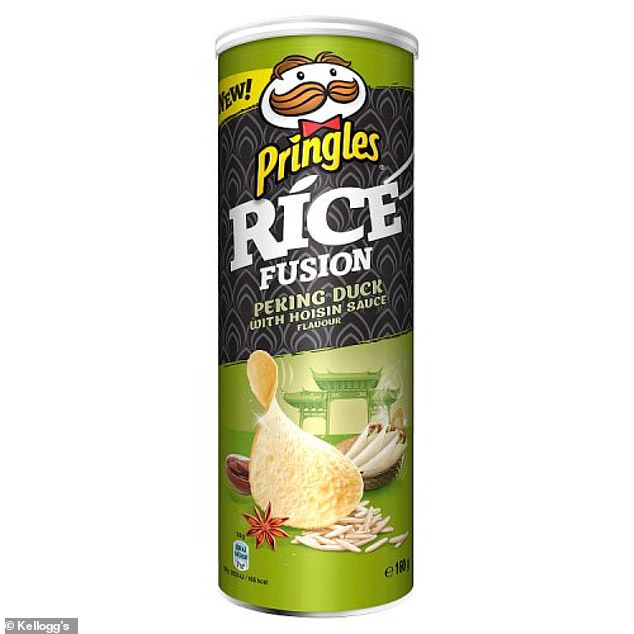 Only 8 per cent of tubes of Pringles’ Rice Fusion ‘Peking Duck with Hoisin Sauce’ flavour (pictured) were recyclable in the UK, research led by Which? found

‘We are redesigning our Pringles can in Europe and have tested both a steel and a paper can there,’ a spokesperson for Kellogg’s said in response to the Which? study.

‘The Pringles paper can trial in 2020 was well received by consumers. We are also working to increase the recyclability of our current can until a new can is launched.’

Meanwhile, a spokesperson for M&Ms manufacturer Mars said ‘In 2020, we launched a range of new packaging innovations.’

These, they explained, included ‘enrolling in reuse programs with Loop and Perfect Fit®, switching to a mono-material M&M®s pouch in France and piloting our Colorworks® bulk dispensing of M&M’s® in several EU markets.

WHISKAS cat treat pot display cases have also been redesigned and more recycled material is being included in Petfood pouches, the firm added.

Mars has also ‘reduced the size of our confectionary pouches in the U.K. We plan for this momentum to continue into 2021,’ they concluded.

Nestlé responded to the study by providing a link to their ‘Creating Shared Value and Sustainability Report 2020’.

The food and drink conglomerate notable funds a Confectionery Recycling Programme with Terracycle which operates around 330 recycling points that accepts chocolate wrappers from any brand/manufacturer.

The full findings of the recycling report were published on the Consumers International website.

HOW MUCH RECYCLING ENDS UP IN LANDFILL?

Every day, millions of us drop a plastic bottle or cardboard container into the recycling bin – and we feel we’re doing our bit for the environment.

But what we may not realise is that most plastic never gets recycled at all, often ending up in landfill or incineration depots instead.

Of 30 billion plastic bottles used by UK households each year, only 57 per cent are currently recycled, with half going to landfill, half go to waste.

Most plastic never gets recycled at all, often ending up in landfill or incineration depots instead. Around 700,000 plastic bottles a day end up as litter

This is largely due to plastic wrapping around bottles that are non-recyclable.

Shockingly, less than 0.4 per cent of these are recycled.

Most cups are made from cardboard with a thin layer of plastic.

This has previously posed issues with recycling but can now be removed.

Five specialist recycling plants in the UK have the capacity to recycle all the cups used on our high-streets.

Ensuring the paper cups end up in these plants and are not discarded incorrectly is one of the biggest issues facing the recycling of the paper vessels.