KUOW in Seattle announced this week it would no longer air the president’s coronavirus briefings live because its journalists could not correct Trump’s “false information” and “exaggeration” fast enough.

“It is imperative that they are fact-checked, which is a challenge during a live broadcast,” the station said in a statement, denying that the decision was “politically based.”

The NPR affiliate explained that allowing Trump to use its platform failed to serve listeners and may have risked the community’s health and safety. Reporters would continue to cover the briefings and report on them “in the format most useful to our listeners,” the station said.

“After airing the White House briefings live for two weeks, a pattern of false information and exaggeration increasingly had many at KUOW questioning whether these briefings were in the best service of our mission ― to create and serve a more informed public,” the station said. “Of even greater concern was the potential impact of false information on the health and safety of our community.” 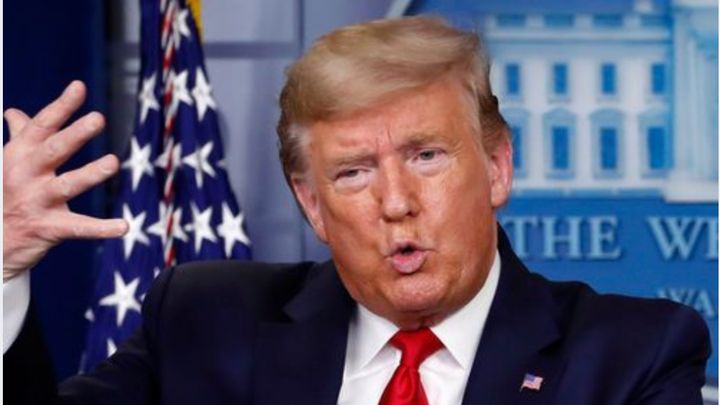 KUOW cited three recent examples of falsehoods from the president: Trump declaring that no one knew a pandemic of this “proportion” was coming despite warnings from the intelligence community; Trump claiming there were few empty shelves in stores despite local reports of many being out of supplies; and Trump’s announcement that the drug chloroquine would be “available almost immediately” to treat the virus.

“The president claimed, incorrectly, that the FDA had fast-tracked approval of its use to treat COVID-19,” the station noted. “There isn’t current medical evidence of the efficacy of that drug in treating COVID-19.”

KUOW said it will review its decision daily and “will continue to treat all opportunities for live preemption on a case-by-case basis weighing for importance, news value and immediacy of need-to-know.”

MSNBC and CNN cut away from Trump’s news conference earlier this week, angering the White House, The Washington Post noted. Major broadcast networks also have cut away to their nightly news shows.