'Chicago Fire': Will Casey Ever Get Over Dawson?

ROBIN OLSEN was powerless to stop either of Callum Wilson's winning strikes for Newcastle, after the Swede replaced Jordan Pickford between the sticks for Everton.

Toffees boss Carlo Ancelotti made the decision to bench England's No1 after an inconsistent season to date. 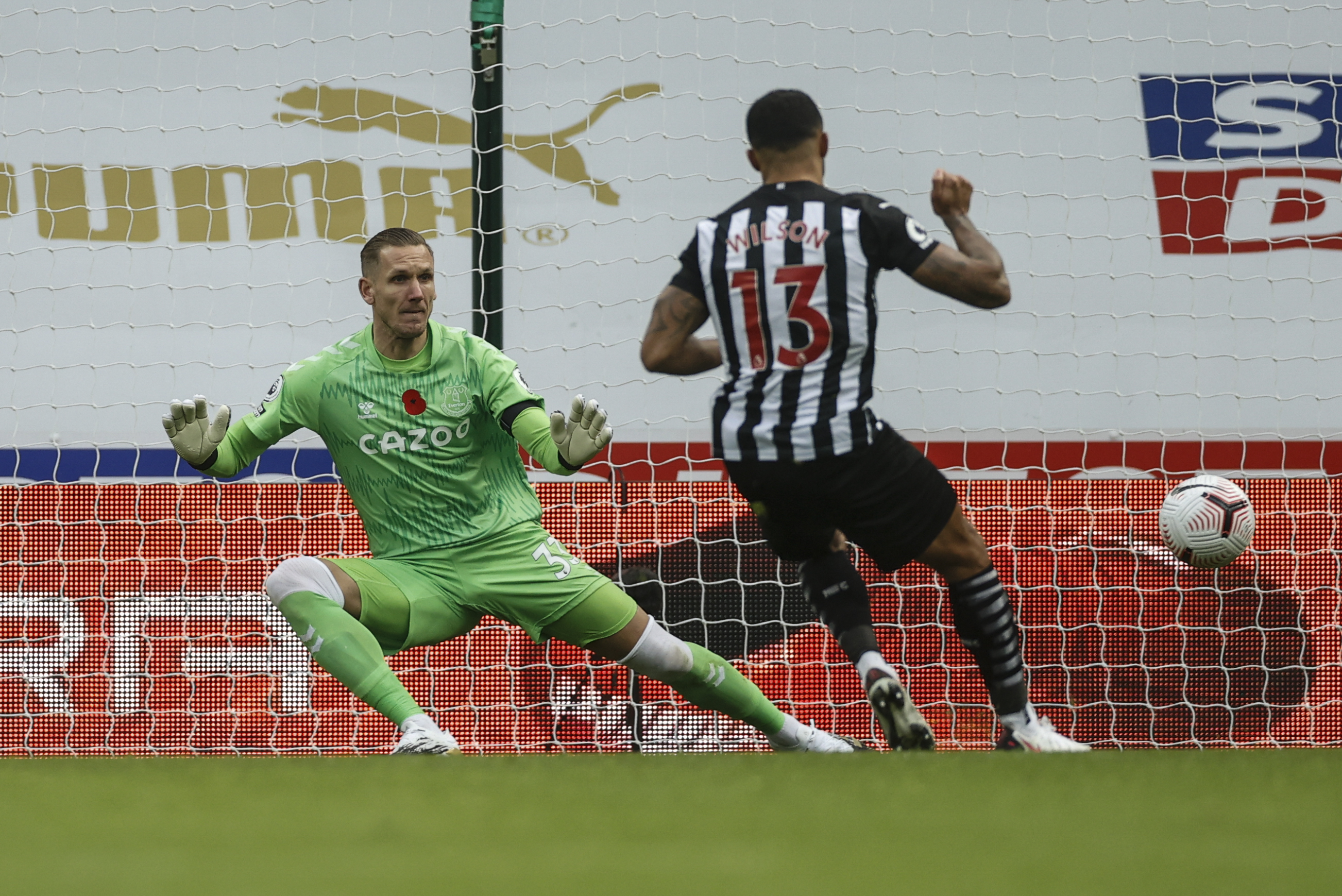 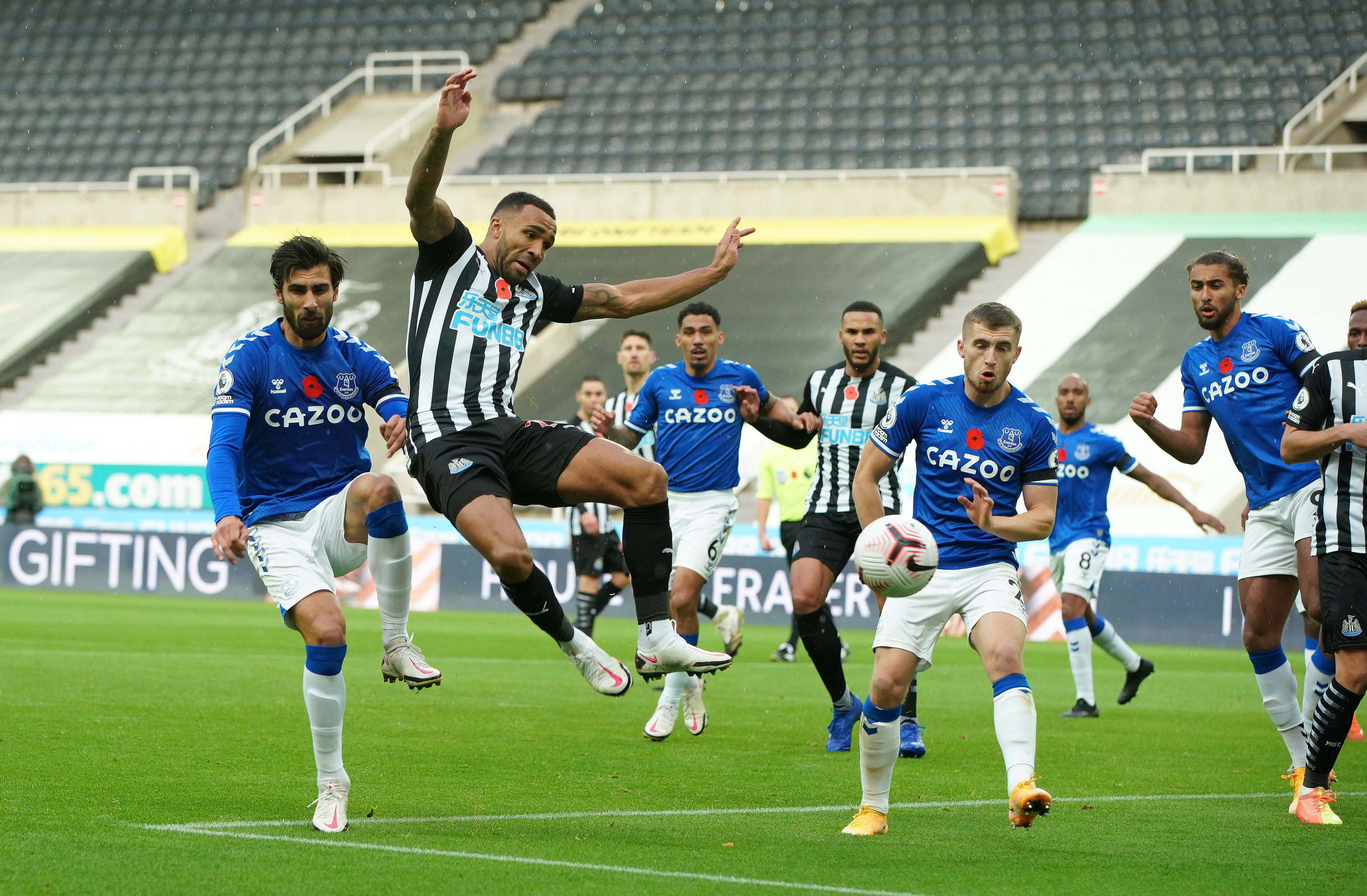 But it was the Italian's outfielders that struggled to get going, as Newcastle's stubborn defence remained resolute.

But he managed to add a little chapter of his own at St James' Park, by condemning Everton to back-to-back defeats for the first time this season.

Allan Saint-Maximin had the best chance of a cagey first-half.

But the French speedster was denied by new-boy Olsen, who rushed out well to narrow the angle.

Newcastle found the breakthrough after being awarded a penalty early on in the second 45, when Wilson nipped in front of Andre Gomes at the near post.

The Spaniard didn't see the ex-Bournemouth striker coming, and inadvertently booted him up into the air for a clear spot kick.

Wilson was booked for reacting to Yerry Mina's goading prior to the penalty. 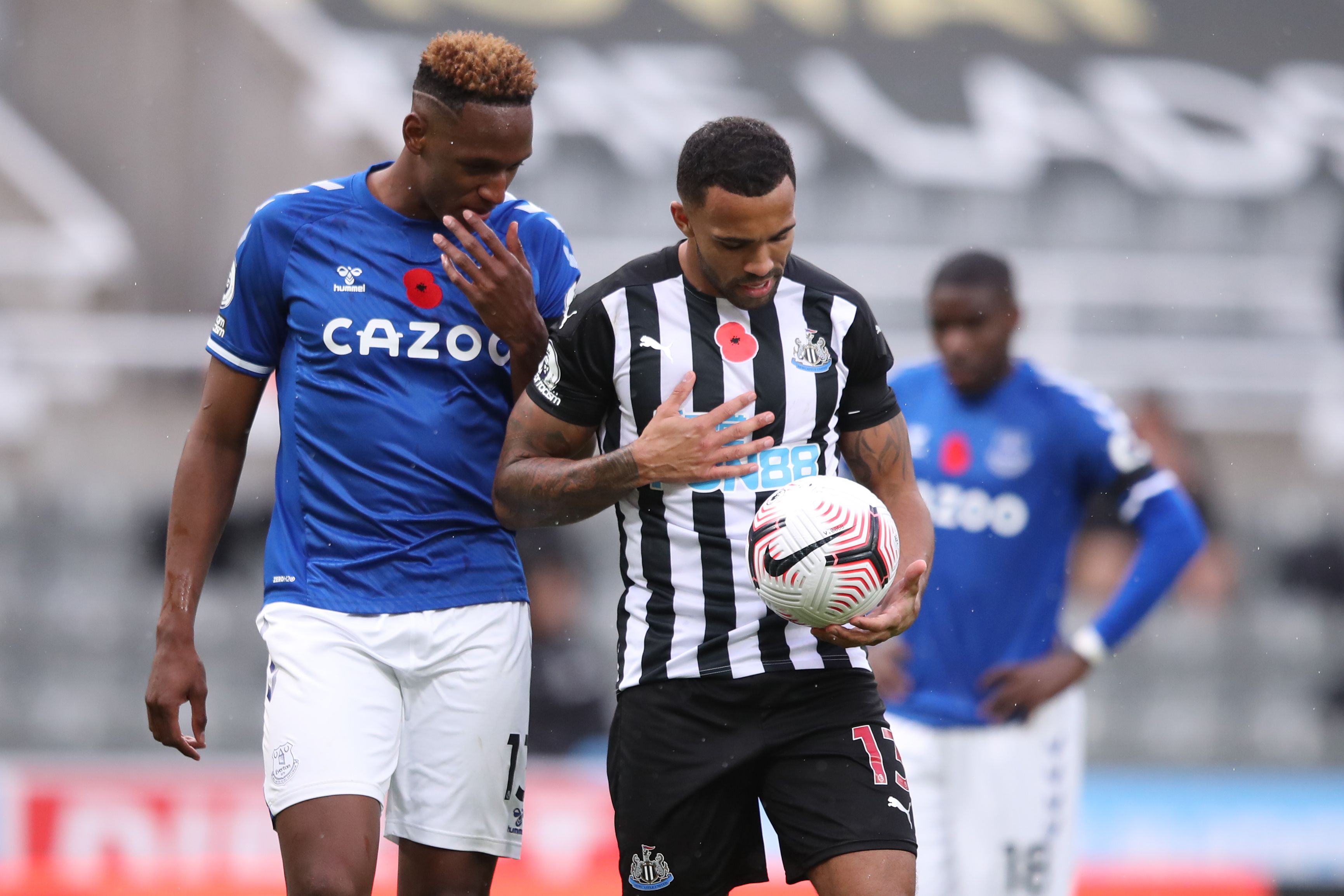 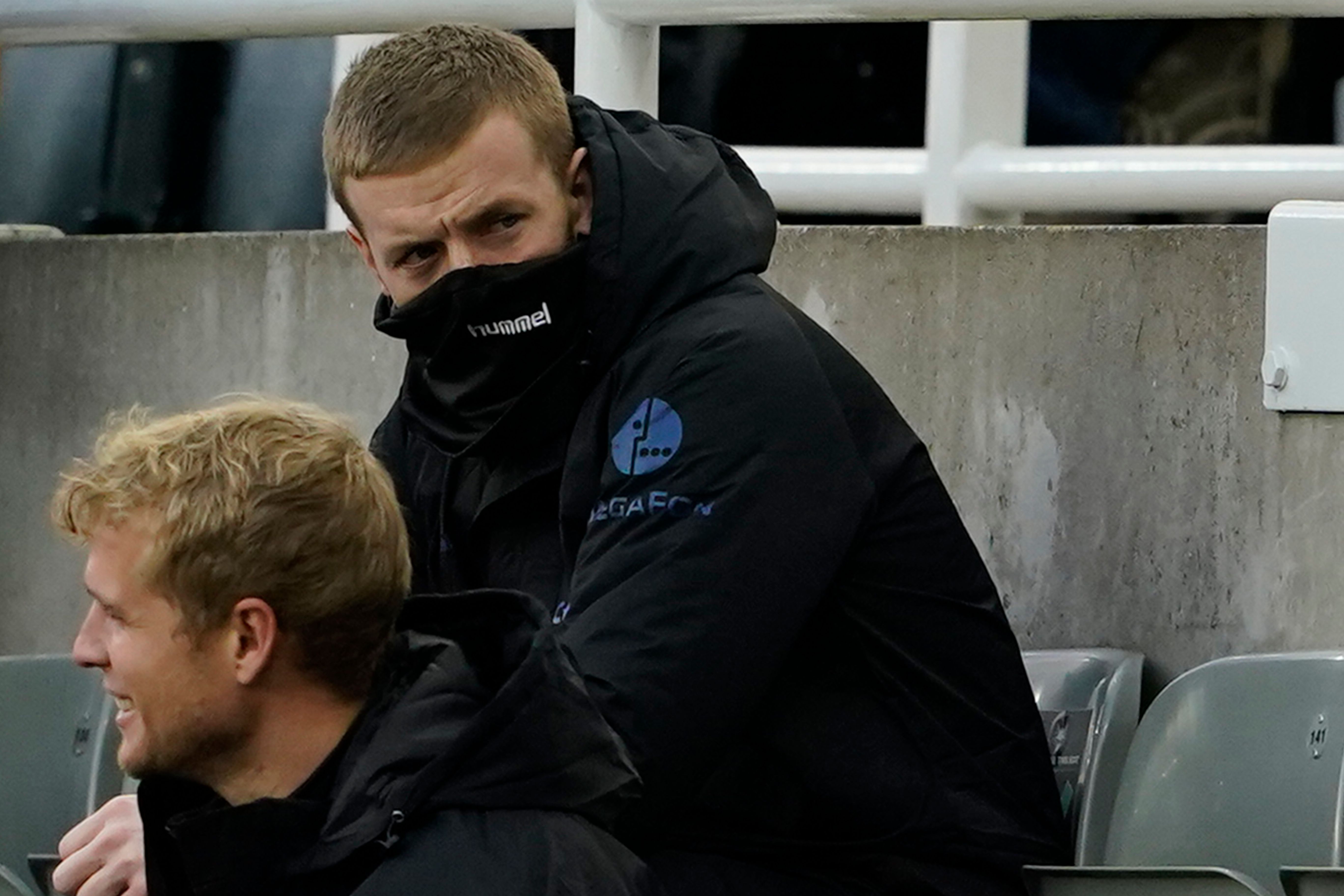 But, unfazed, he rifled the ball into the net to give Newcastle a 56th minute lead.

But it was Newcastle who struck next, doubling their lead on the counter attack when substitute Ryan Fraser's centre deflected off Mina perfectly into the path of Wilson, who made no mistake from a yard out on 84 minutes.

Dominic Calvert-Lewin did give the Toon a late scare when he prodded home Iwobi's cross in stoppage time.

But Newcastle held on to secure victory, rising them to tenth, while second-placed Everton miss the chance to go level with Liverpool at the top of the table. 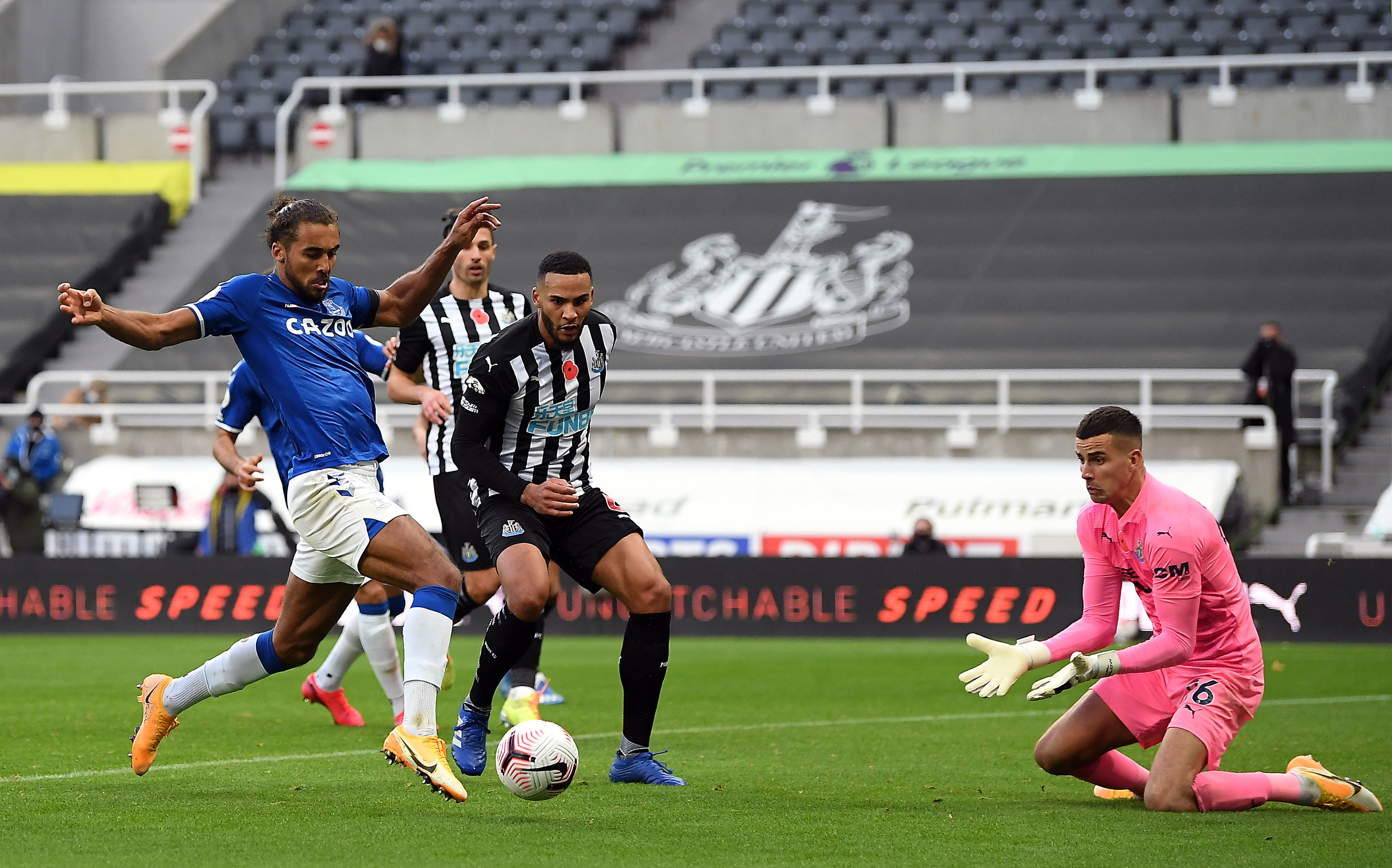