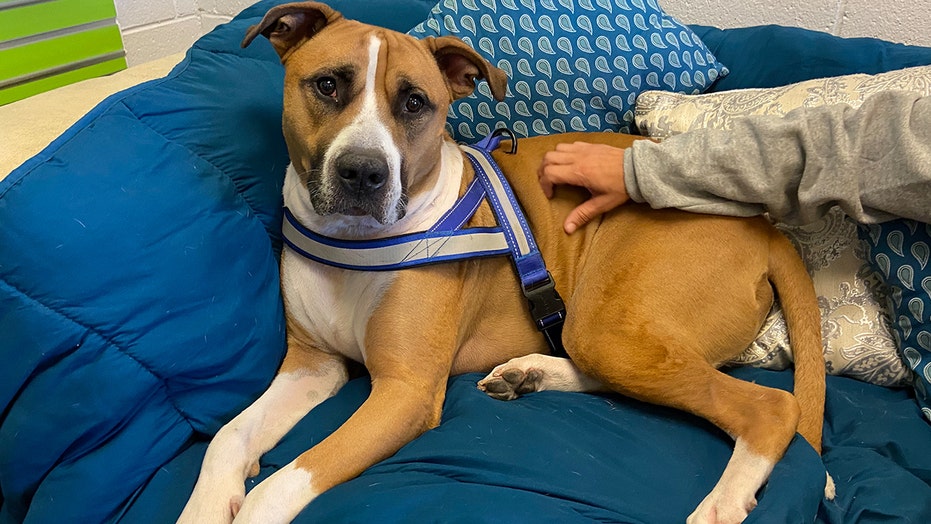 LAS VEGAS – When domestic violence survivors think about leaving their abusers, one deterrent is leaving their pets behind. Very few women’s shelters allow pets, but one Nevada nonprofit aims to break that barrier.

Noah’s Animal House’s goal is to keep domestic violence survivors united with their pets in partnership with a women’s shelter next door. One survivor drove hours halfway across the country to stay there.

Fox News is calling her “Sarah” to protect her privacy.

“Can you do a high five? Now say please. Good job. Good boy,” Sarah says as she plays with her dog Baxter.

Baxter is family. And leaving him behind wasn’t an option for Sarah. She was in an abusive relationship for 10 years.

One day she decided she and her children and Baxter were leaving.

“For about three weeks, we slept in a car with Baxter because I had no idea there was a place,” Sarah said. “And I was doing some calls and they said you can go to Noah’s, and we’ve been here ever since.” 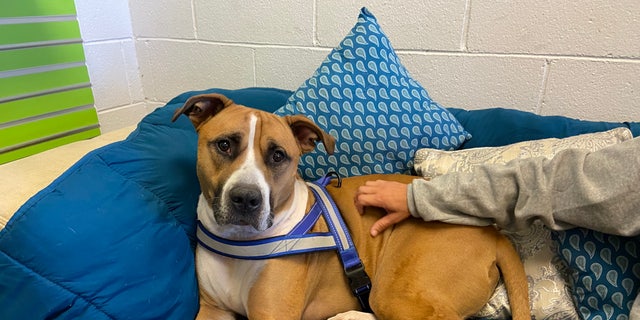 Noah’s Animal House provides shelter to pets of domestic violence survivors while their family stays next door at a shelter for women and children. Baxter and his family have been there for four months. (Ashley Soriano/Fox News)

Noah’s Animal House formed in 2007 in partnership with The Shade Tree shelter for homeless and abused women and children.

It was the first combination shelter of its kind.

As of this month, Noah’s Animal House has helped 2,021 pets from 34 different states.

At the time the pet shelter opened, there were only 3% of women’s shelters that provided pet services. That has since climbed to about 20%.

“We wanted to make sure there was no barrier to a woman facing domestic violence and to allow them to leave their abuser.”

Between its two locations in Las Vegas and Reno, Nevada, Noah’s Animal House can care for 80 pets at one time, providing veterinary care, food, toys and private cuddle rooms.

“Staying at a domestic violence shelter doesn’t really feel normal, but being in a cuddle room, cuddling with your cat or dog, and that feels like home,” Kraft said. 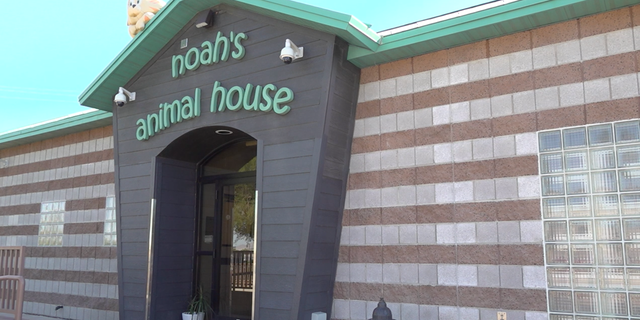 Sarah and her children have lived at The Shade Tree for four months, and they’re able to visit with Baxter at any time.

“He’s just like my child. I’m not leaving him behind anywhere. He’s my everything just like my kids, and it’s my job to keep him safe, too,” Sarah said.

She wants other victims and survivors to know there is a way out.

“When you’re going through it, it’s sad. It’s scary,” Sarah said. “But we’re gonna get a home soon and have my dog back.”

They accept women and children from any city or state.

In honor of Domestic Violence Awareness Month in October and its milestone of serving 2,021 pets in 2021, Noah’s Animal House is asking for donations of $20.21.

That amount can provide treats for shelter pets for one month.