The news comes as NATO heightens its defences in Eastern Europe following the Russian invasion of Ukraine. With Beijing also becoming vocal over the fate of Taiwan, as well as its ongoing ambitions in the South China Sea and Indo-Pacific, NATO has taken a wary stance over China, something Mr Wallace says is unjustified.

Speaking in the European Parliament during a question time session to the Secretary-General, Mr Wallace said: “In relation to security, you say they [China] are a security risk to the people of Europe.

“I don’t really see the evidence of that myself.”

Mr Wallace went on to compare military spending figures for global powers over the last year.

In a shocking revelation, the MEP for Ireland South said: “Do you accept the fact that the Americans last year spent $800 billion (£653bn) on defence, it was more than the next nine countries put together, including Russia and China.” 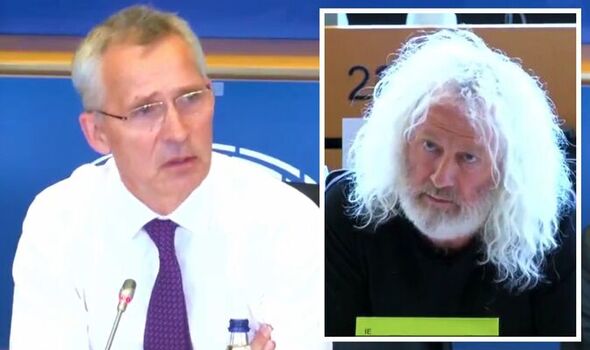 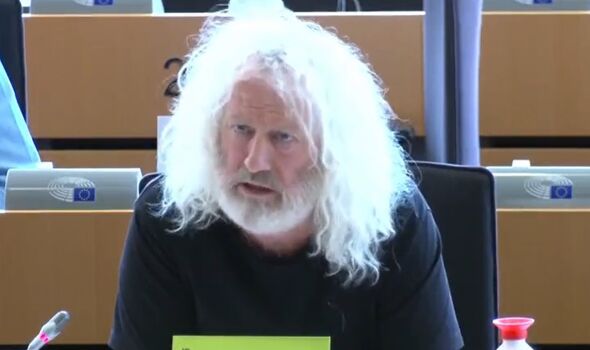 He went on to say: “Now you say that China is substantially building up its military forces.

“Most independent observers would see it as being more defensive than offensive.”

The MEP also questioned whether the West could live in peace with China, with each side respecting their respective political models at the same time.

Firing back at Mr Wallace, the NATO chief said: “Whether China is defensive…

“Well, why did they invest so heavily in new long-range nuclear weapons?”

He continued: “And why do they actually deploy all these new submarines?

“And why do they behave the way they behave, for instance in the South China Sea?” 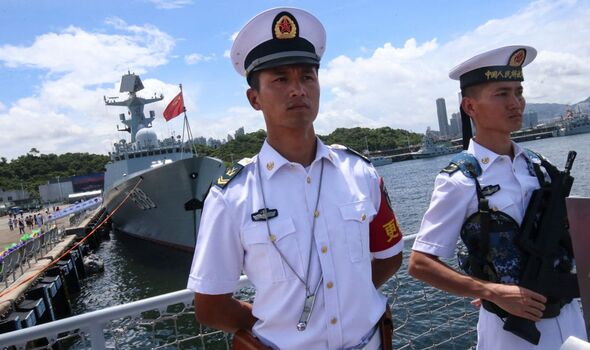 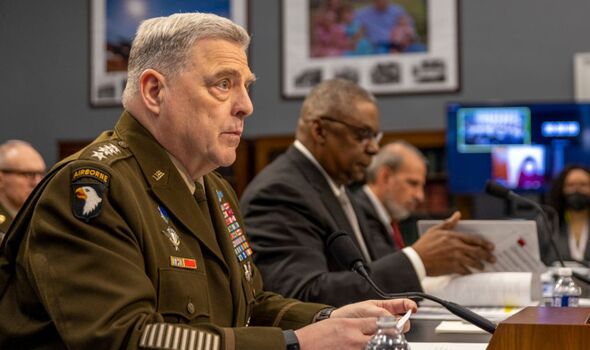 Mr Stoltenberg then went on to address human rights values in China.

He said: “I respect that China is a different country than Europe, or Norway, or the other countries in this room.

“But for me, some human rights values are universal.

“The freedom of speech is not just something we have in the Western part of the world.

“It’s something we believe that every human being has the right to do.

“So when they crack down on the free press, arrest journalists, writers, those who disagree, that’s fundamentally violating values we all believe in.”

China has repeatedly reiterated its “One China” policy when it comes to Taiwan, with Defence Minister, Wei Fenghe last month warning his US counterpart Lloyd Austin that Beijing was willing to go to war over the breakaway island.

Beijing has also reacted critically to the so-called AUKUS deal which will see nuclear-powered submarines built and deployed in Australia and operated in the Indo-Pacific region, which although partners admit is a defensive manoeuvre, have failed to openly name China as a reason for the project. 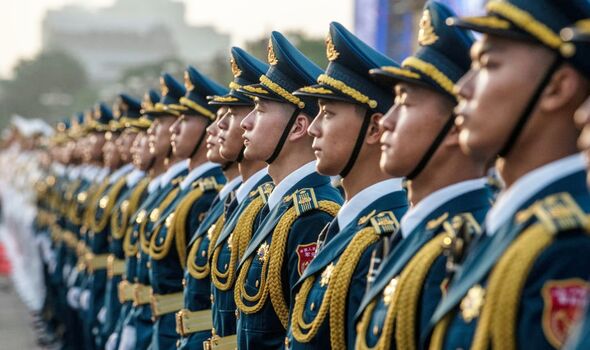 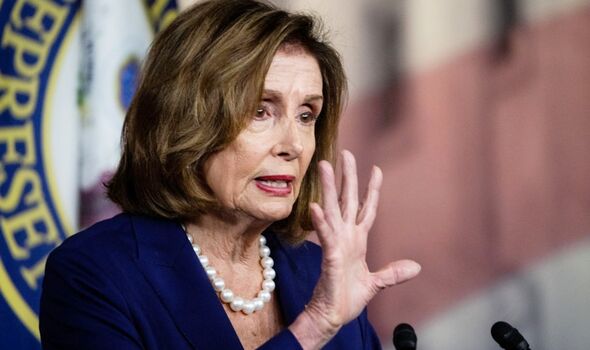 The US has attempted to build further relations in the region during the current visit to the area by House Speaker, Nancy Pelosi.

With trips to Singapore, Malaysia, South Korea and Japan all on the cards, China has yet to see plans for the US official to visit Taiwan, something that China would no doubt condemn to the highest levels.

Speaking to the outlet, Diao Daming, an associate professor at the Renmin University of China in Beijing said: “Pelosi did not directly mention Taiwan in her itinerary means she does not dare directly and publicly challenge China, but the possibility of her visiting Taiwan without any announcement in transfers between any of the four stops in Asia cannot be ruled out.”