‘You’re more beautiful alive than dead’: Mortician goes viral with a BRILLIANT – and very blunt – response to a woman who said she wanted to go out and get her hair done

A Virginia mortician had the perfect response for a stranger on Facebook who wanted to go out and get her hair done during the pandemic.

Patrina J. Felts lives in Virginia Beach, Virginia, and recently remarked on Facebook that business has been ‘booming’ lately, with her doing hairs, nails, and makeup nearly every day.

When another woman assumed that she worked in a salon and asked for her services, Patrina said that she could easily get an appointment if she kept going outside — since it would increase her risk of catching COVID-19 and dying. 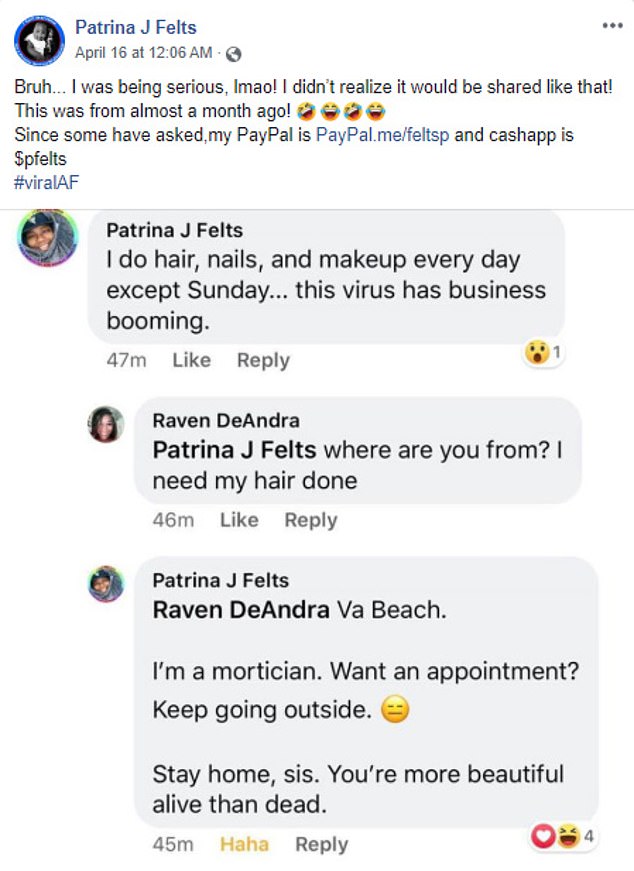 Stay home! When Patrina J. Felts from Viriginia Beach wrote that she has done hair, nails, and makeup during the pandemic, a commenter asked about her services 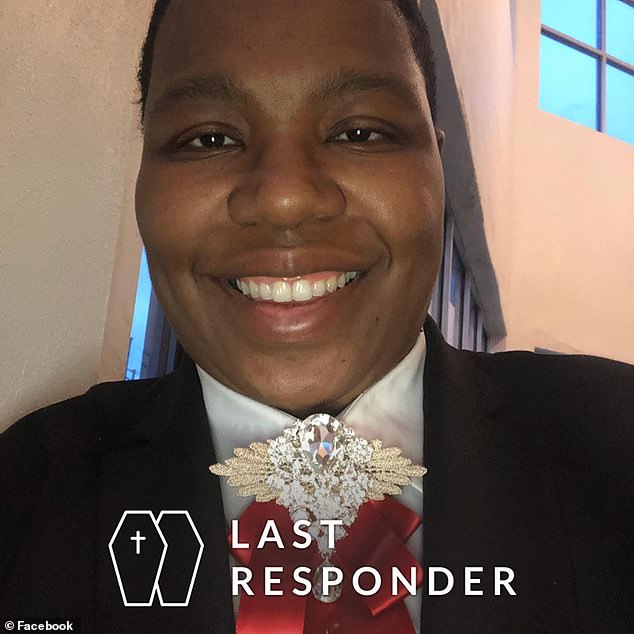 Patrina was commenting on another Facebook post in March when she shared her not-so-serious ‘brag’ about increased business.

‘I do hair, nails, and makeup every day except Sunday,’ she wrote. ‘This virus has business booming.’

Another commenter has clearly been struggling to find someone to do her hair during lockdown, and responded asking about her services.

‘Where are you from? I need my hair done,’ Raven DeAndra wrote.

The exchange has since gone viral, with screenshots of the funny back-and-forth earning thousands of likes.

‘You are AWESOME,’ added another. ‘You said so much with so few words.’

‘This response is a whole vibe!’ commented yet another, while one more said: ‘You just put her right in place. Good job!’

Patrina later added that while Virginia Beach has only had so many coronavirus deaths, she works in another town and services others nearby. She also still has bodies of people who have died from other causes.