When Michael Kors launched his women’s collection at the age of 22, the young designer never imagined where he would be four decades later: in the backyard of the Tisch family home in Bridgehampton, N.Y., toasting 40 years in business with many of his nearest and dearest.

“Forty years in, to see men and women around the world wearing my designs — in a million years, I never dreamed,” said Kors, whose anniversary runway show in April was a love letter to theater and Broadway. “Toronto was my idea of a foreign city. But, of course, at the time, I thought 30 was old. So it’s all relative.”

The designer celebrated the milestone with a dinner on Friday night cohosted by Lizzie Tisch and Naomi Watts. “What do we all have in common? We’re tried and true New Yorkers. We all love fashion. We love theater,” Kors said of the trio’s synergy.

That list of commonalities applied to much of the crowd gathered in the backyard of Tisch’s home.

“Gucci, you got all dressed up. And David — I like your shirt,” one guest called out as Gucci Westman and husband David Neville arrived off the golf cart that took them from the main road to the backyard, where Neil Patrick Harris and husband David Burtka could be seen catching up with the likes of Jonathan Tisch and Sunrise Ruffalo. Shortly after, Isaac Calpito arrived with his mini black poodle Davis Boots tucked in his arms. “He goes everywhere with me,” said the Torch’d trainer. 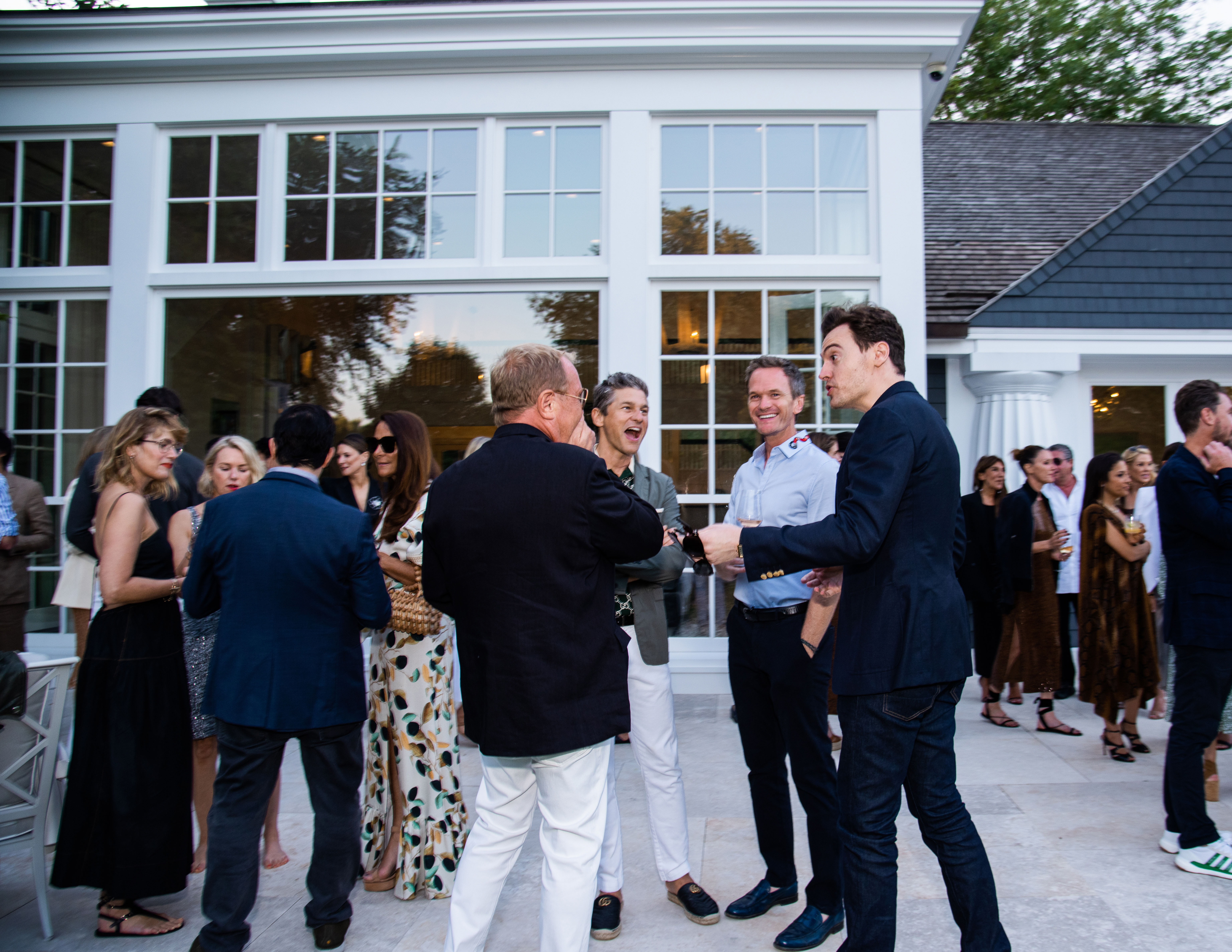 In addition to catching up with friends, Kors and husband Lance LePere have spent the summer “revenge traveling,” making up for the many stationary months during the lockdown. So far, they’ve visited Italy (where Kors produces his runway collections) and Greece and are headed to the South Pacific next week. “We’re doing it all,” said Kors, adding that they’ve made time for a little bit of “revenge” theater-going as well.

“We’ve seen ‘Springsteen on Broadway,’ which was spectacular and exciting to see him back, and we did Shakespeare in the Park just the other night,” Kors said. “It’s a precarious time, but I think there’s real pent-up excitement and desire to be together, communal. Community — the theater’s all about that, fashion’s all about that. I know women who are just excited to be able to put on a pair of heels and get out and get dressed.”

Watts was one of those women, although she was still acclimating back to the fancy footwear. “And this is quite high,” she said, glancing down at her silver heeled sandals — toward the end of cocktail hour, Watts took a break from the formality and went barefoot.

“I’ve been doing things with Michael for a few years now, and they always seem to go well,” Watts said of her friendship with the designer. Sartorial highlights include the blue floral dress she wore for the “Diana” premiere in 2013, a slinky silver slipdress worn for a Cannes red carpet in 2016, and her gold embroidered Met Gala look in 2018.

“There’ve been many memorable ones. Good classic cut, always with a bit of a modern edge — I’ve been coming back to it for that reason,” Watts said. Another reason? The friendship. “He’s good company, he’s funny, I love his stories about his mom and his early days of how he came to fashion. He’s a great storyteller and has a great sense of humor.”

“He’s highly enjoyable,” Tisch agreed. “The fact that he’s been in business — specifically that business — for 40 years is quite an accomplishment.” Tisch has a firsthand appreciation for the significance of the retail feat; she recently opened her own boutique, LTD by Lizzie Tisch, on Madison Avenue.

As cocktails and the daylight wound down, guests made their way past rows of lavender and around the pool, arriving at an intimate backyard decked with two long wooden tables situated underneath strings of twinkle lights. Before sitting for the casual buffet dinner, Christie Brinkley — radiant as ever — played the part of photographer for daughter Sailor Brinkley-Cook as she posed against a white column in her full-length Michael Kors gown. “Gorgeous,” remarked Brinkley as she snapped various angles on her phone.

Like much of the crowd, Tisch spent many months hunkered down out east during the pandemic. But now she’s part of the Hamptons summertime weekend warrior crowd, and would return to the city on Sunday to report for work at her boutique on Monday.

“I’m a shopgirl during the week,” said Tisch, adding that business has been good. “The neighborhood has been very receptive to something new and fun and — with a sense of humor, if you will. I thought the summer would be really slow; it’s not. We’re starting to see some tourists come, which is exciting to get people back to New York, so I’ve been excited to be part of that.” 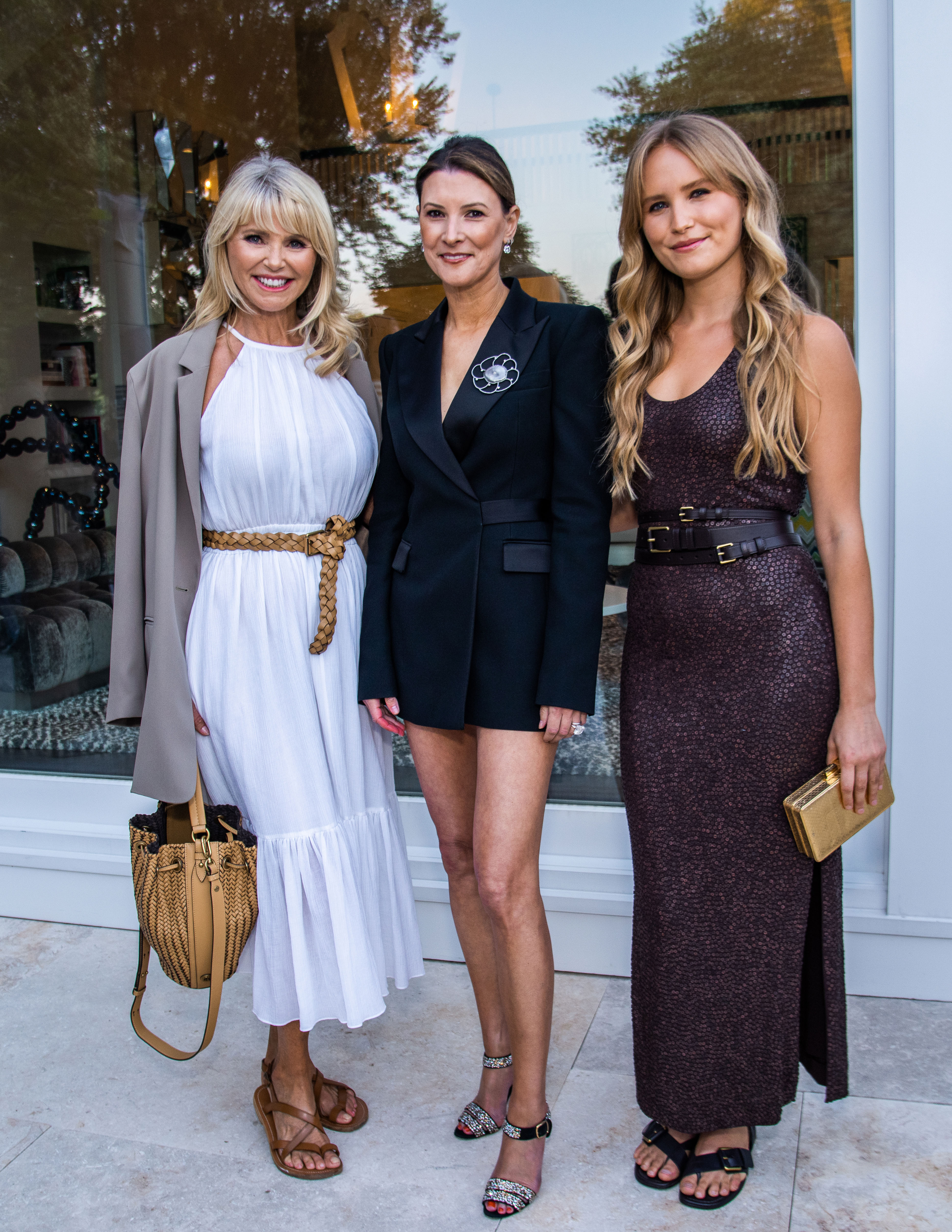